How Did the Tragically Hip Celebrate the End of Their Tour? With a Big Fishing Trip Obviously

By Calum Slingerland
Published Aug 24, 2016
Having put a wrap on their "Man Machine Poem" tour last weekend with a nationally televised performance in their hometown of Kingston, ON, the Tragically Hip are winding down from their latest trek in the best way they know how: a relaxing fishing trip.

CBC reports that Downie and his bandmates, along with Canadian novelist Joseph Boyden, were led along the James Bay Coast by aboriginal guides. Upon arriving in northern Ontario, Downie took the time to pose for pictures with fans. 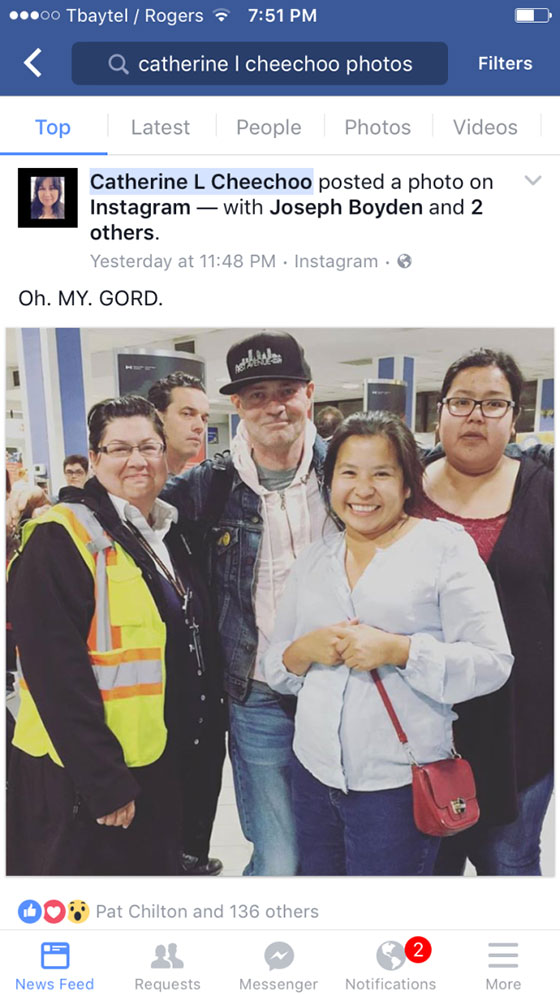 During the band's final performance, Downie took the opportunity to urge the government of Prime Minister Justin Trudeau to attempt reconciliation with First Nations, claiming: "He's going to take us where we need to go."

Trudeau, who was in attendance, was called upon later on in the show by Downie who proclaimed: "We're going to get it fixed and we got the guy to do it, to start, to help."

For the Hip's final performance, 11.7 million viewers tuned in. Read our Essential Guide to the band's work here.
Tragically Hip