By Sydney Brasil
Published Nov 10, 2022
The New Colossus Festival is returning to New York City's Lower East Side in 2023. Running from March 8 to 12, the festival has now announced its initial lineup.

Since its first edition in 2018, the festival — which gets its name from the 1883 Emma Lazarus sonnet that's etched on the Statue of Liberty — has become a launch pad for up-and-coming musicians from around the world. These artists get the chance to perform at legendary New York venues such as Mercury Lounge, Bowery Electric, Mercury Lounge, Heaven Can Wait and many more.

In addition to music, New Colossus will also host conferences to facilitate the development of emerging talent throughout the industry.

Festival badges are on sale now via DICE. See the initial lineup poster below. 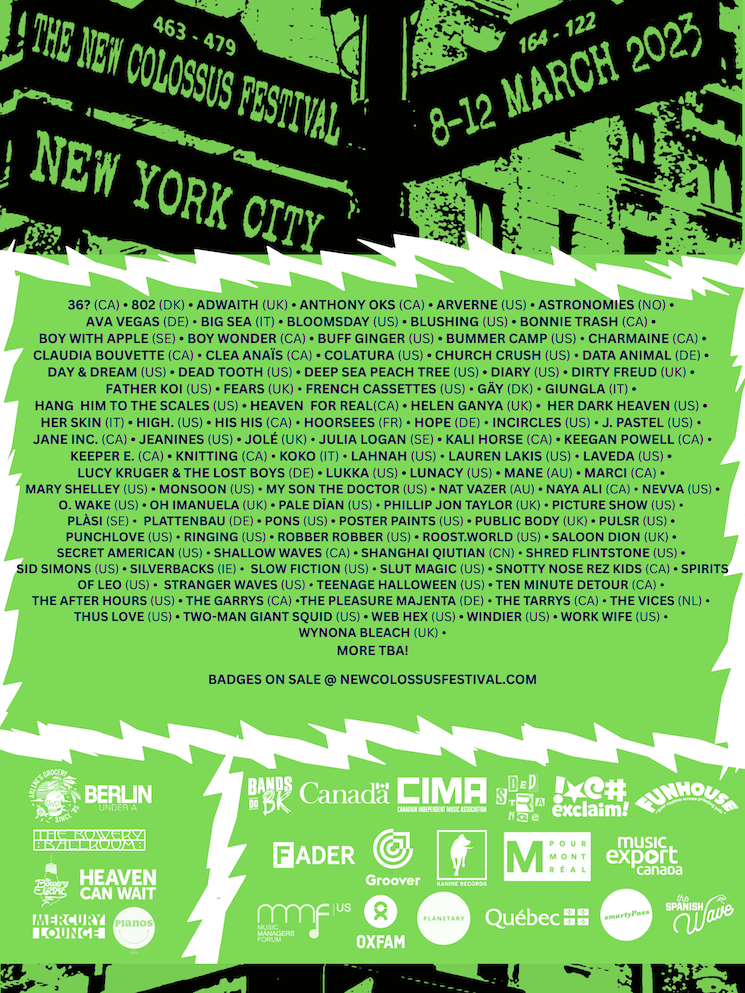