By Alex Hudson
Published Apr 29, 2015
Snoop Dogg's BUSH was entirely produced by Pharrell Williams, but that's not the only-high profile collaborator that Snoop recruited for his forthcoming album. He has just unveiled the tracklist, and it features some notable contributors.

Snoop posted an image of the album's back cover of Twitter. Final cut "I'm Ya Dogg" is the most star-studded, since it features both Kendrick Lamar and Rick Ross. Other guests include T.I. and Gwen Stefani. We already knew that Charlie Wilson and Stevie Wonder would appear, and their names are indeed on the tracklist.

See the tracklist below. The album, which arrives May 12 through Columbia Records, is available to pre-order on iTunes.

The previously unveiled tracks "So Many Pros" and "Peaces N Cream" can be streamed at the bottom of this page. 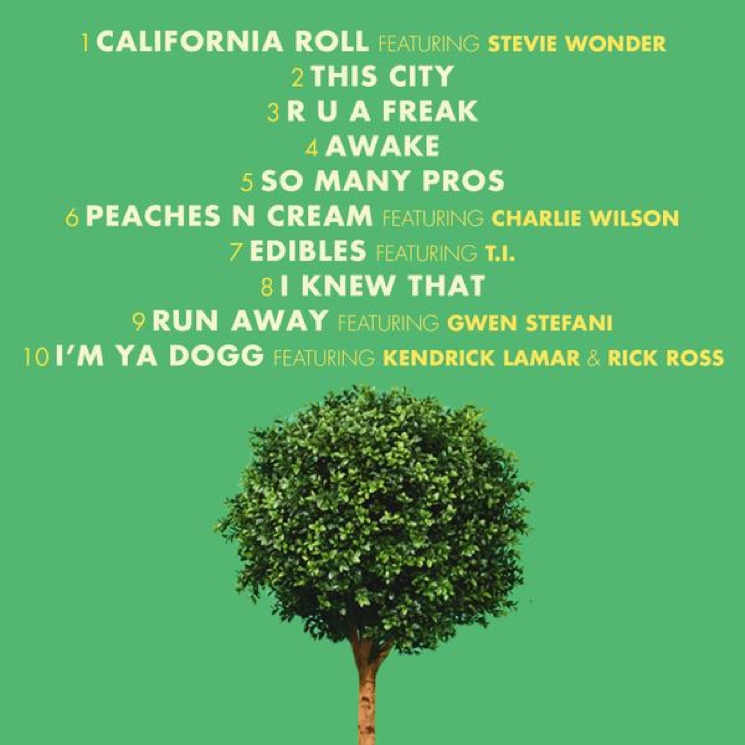