Rising Alt-Rockers PACKS Had a Heroic Homecoming The Baby G, Toronto, ON, March 5

With Triples, Ryder the Eagle

By Ian Gormely
Published Mar 06, 2022
8
This night was something of a homecoming for PACKS singer-guitarist Madeline Link. Pushed out of Toronto due to the rising cost of living, the show was one of the first proper hometown showcases for PACKS' debut Take the Cake, and the whole evening had a celebratory flare. "It feels like every single one of my favourite people in the whole world are in the same room," she remarked from the stage.

That included the openers, the first of which was Ryder the Eagle, a Frenchman Link had met randomly in Mexico City. Decked out in a full white studded cowboy getup, Ryder started his set on the venue's floor. Singing songs from his just-released Follymoon over backing tracks, he chronicled his travels across North America following a divorce. Between the choreographed leaps and dances, it was hard to tell if the whole thing was a put-on, but Ryder's between-song conversations made it clear he was dead serious. It's been a minute since a lot of folks have witnessed something weird and unexpected, and Ryder the Eagle's "David Lynch, but cowboy" thing really hit the mark in the best way possible. 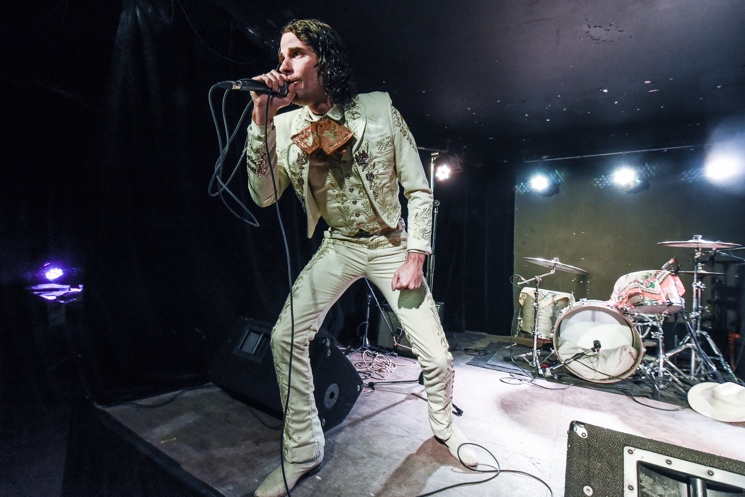 Triples had the tough job of following such a singular performance, but the trio came through with aplomb. Led by Madeline's sister Eva, the group were showcasing a new lineup after Eva lost Madeline — who co-founded the group — to PACKS' busy touring schedule. If there were nerves, they didn't show, even if at times it seemed like the band were trying to figure out some of their own tunes on the fly. But the ramshackle twee-meets-dream-pop sound is all part of their charm, as was the decision to throw in a taste of Nine Days' "Absolutely (Story of a Girl)" into their set. The swirling "Long Life" and low-key "Happy April," from their 2019 debut album Big Time, were set highlights. Hopefully, the new lineup gets properly documented soon. 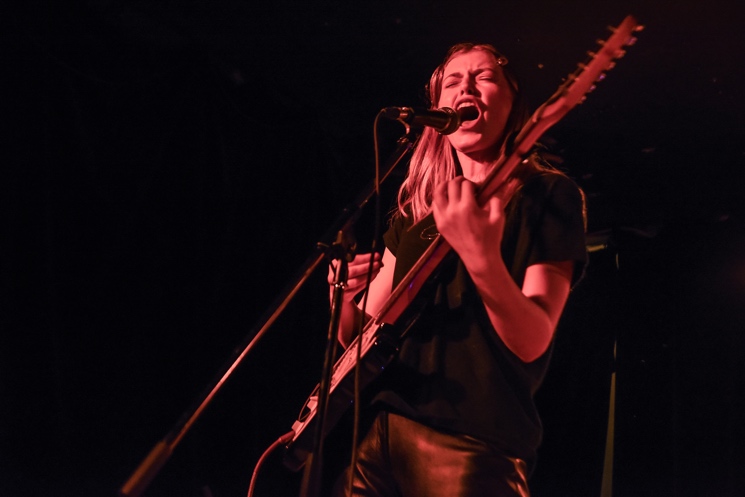 PACKS hit the stage like conquering heroes. The crowd did indeed appear to be packed with friends and family, and the love between them and the band was palpable, with many singing along throughout. Opening with the new tune "Fourth of July" not 10 months since they dropped their first full-length was a sign that the quartet aren't about to rest on their laurels.

As lovely as Take the Cake is, its songs truly come to life on stage. The tempos felt faster, the playing is more forceful, and guitarist Dexter Nash's lead lines more pronounced. Returning for a brief encore following their relatively short set, the crew couldn't figure out the chord changes to the song they wanted to play, and opted for a replacement — not that they, nor anyone in the crowd, seemed the least bit bothered.