The crooner was supposed to play in Austin on September 20

Bublé was set to perform at the Frank Erwin Center on September 20, but explained in a statement that he had "no other choice" but to cancel since the venue's protocols weren't up to par.

"I am really sorry because I have always loved performing there," the crooner said in a statement shared to his social media platforms, while claiming he is "not a political person."

My commitment to complete my tour after all the postponements was agreed to under the terms that it would not put a single person in danger. Protocols were and continue to be in place for all my upcoming shows to ensure nobody will be put in harms [sic] way. Though we tried, I was sadly unable to facilitate this for my Austin show. There was no other choice but to cancel. My conscience and heart wouldn't allow it.

"Though The University of Texas is confident in the health and safety protocols and procedures that are in place for large scale events, we are not in a position to expand on those as Michael Bublé requested," the venue said in a statement of their own. "Therefore, the artist has decided to cancel his Austin date."

Bublé is not the first artist to end up axing dates while navigating the current strange touring landscape — especially in Texas. Last month, Jason Isbell cancelled a Houston concert after the venue wouldn't comply with his proof of vaccination policy.

You can see the full statement from Bublé below. 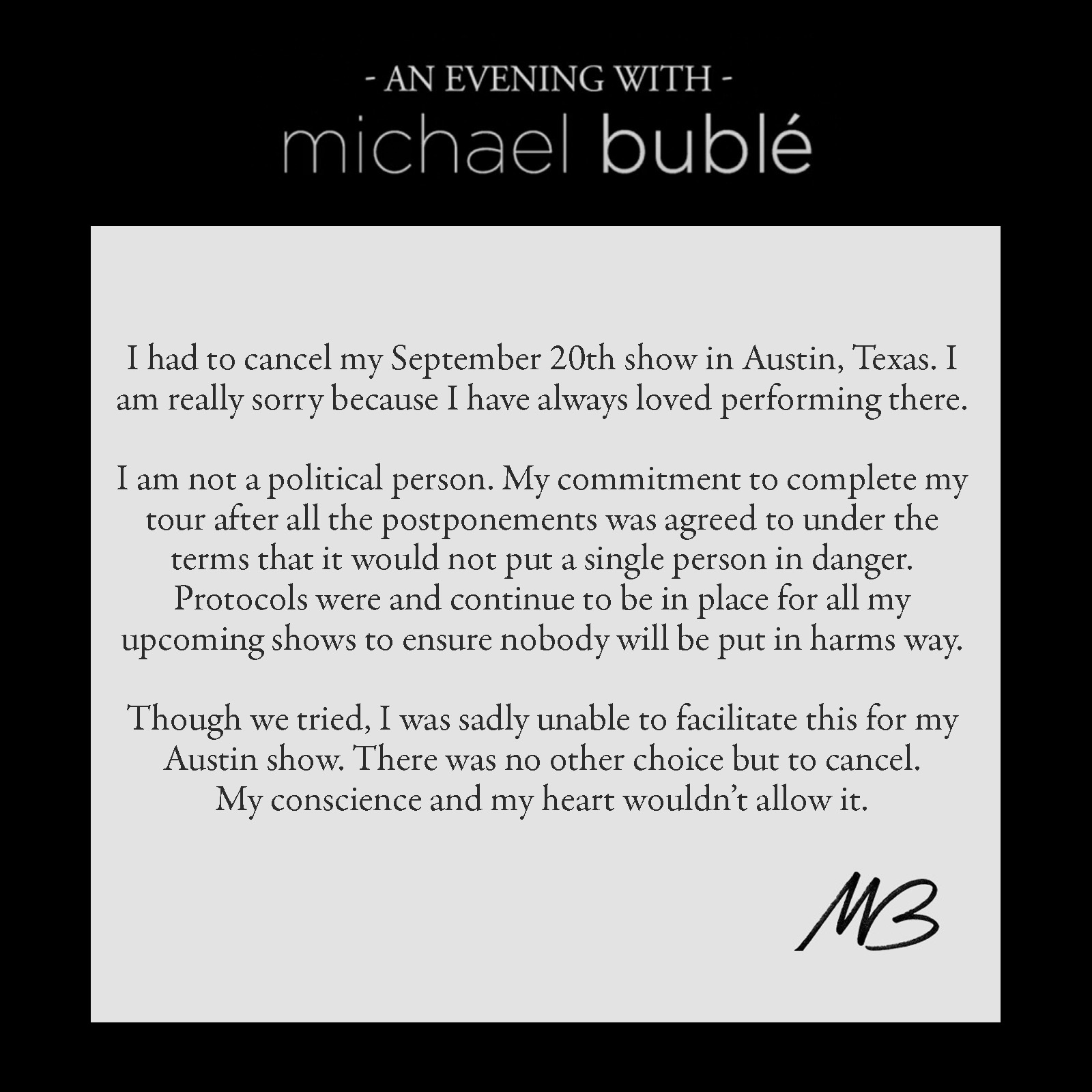 Last year, the singer shared that he was a huge Deftones fan.