By Calum Slingerland
Published May 29, 2017
Carly Rae Jepsen just delivered the new song "Cut to the Feeling" last week, and though it's included on the soundtrack to animated film Leap!, it may also be a part of the follow-up to her E•MO•TION full-length.

As Stereogum points out, a Shazam page points to the track being part of an album titled Spread Love that will see release in 2017. You can find a screengrab below.

As previously reported, "Cut to the Feeling" was initially slated to appear on Jepsen's E•MO•TION: Side B, but was ultimately left off the collection. 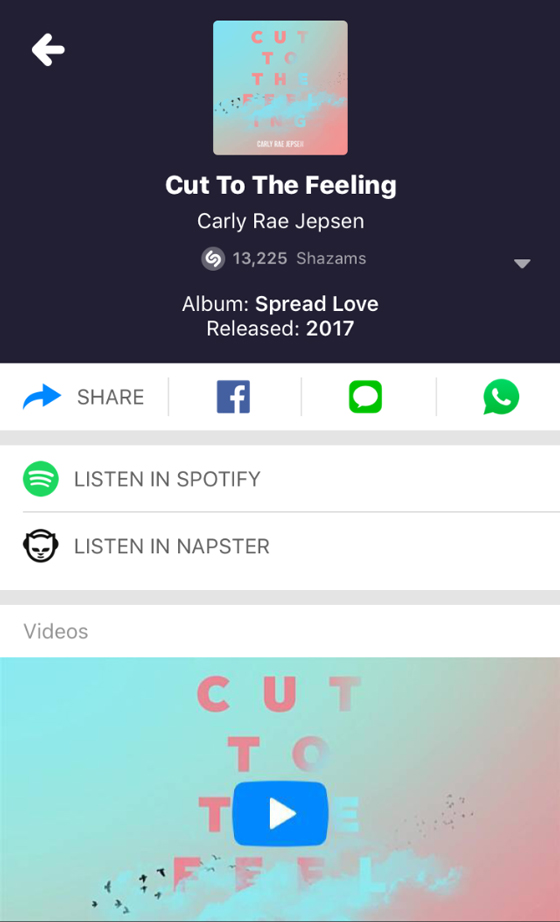