By Megan LaPierre
Published Aug 11, 2021
Ladies and gentlemen: the busiest woman in America. All-around icon Dolly Parton has announced that she will be taking her boundless energy and creative talents into yet another realm — fiction.

Parton has co-written a novel with best-selling author James Patterson, titled Run, Rose, Run. The 448-page book will be published by Little, Brown and Company on March 7, 2022.

Described as a thriller about a young singer-songwriter on the rise (and on the run, obviously), the protagonist of Run, Rose, Run flees to Nashville, TN, to claim her destiny and escape a mysterious dark past. A story "glittering with danger and desire," it's exactly the level of drama you'd imagine from two of the world's most renowned storytellers.

Patterson — whose laundry list of bestsellers (including the notable Alex Cross series) are the kind they keep stocked in pharmacies — tweeted that he was "delighted to team up with America's most beloved superstar."

Since Parton is larger than life in everything she does, she's naturally also going to be releasing an album of 12 original songs inspired by the novel. The Run, Rose, Run companion LP will be released simultaneously to the book via her Butterfly Records label.

What's next for Parton? A Nobel Prize, probably.

Check out the cover of the book below, which is currently available for pre-order. 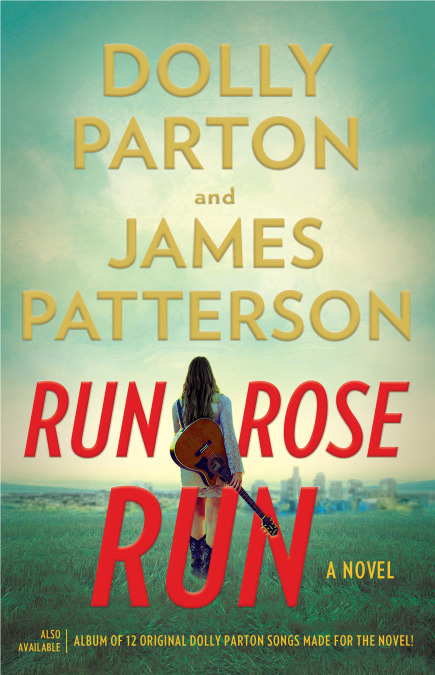