By Exclaim! Staff
Published Dec 14, 2021
Touring was off the table for much of 2021, but releasing albums certainly wasn't. Throughout the year, Canadian artists cranked out outstanding music at an incredible rate — to the point that it was sometimes difficult to keep up with it all.

As we look back on the best of 2021, there are lots of Canadian albums that didn't make our list of the top 50 albums of the year but are still essential listening for anyone catching up on the year's best music. From always-reliable veterans such as CFCF and Fiver to must-hear debuts from the likes of myst milano. and Ouri, here are 25 great Canadian albums you might have missed in 2021. 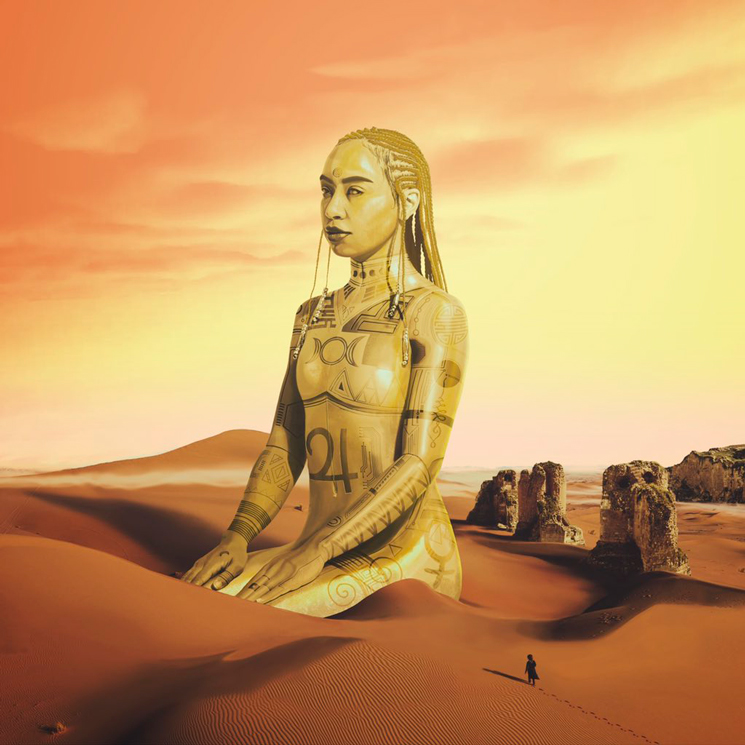 The follow-up to breakout 2017 debut Nightshade, a l l i e's Tabula Rasa is another carefully shaped set of numinous R&B from the artist and her tight-knit group of some of Toronto's brightest musical minds — River Tiber, BADBADNOTGOOD's Leland Whitty, the Kount, Daniela Andrade and Casey MQ among them.
Calum Slingerland 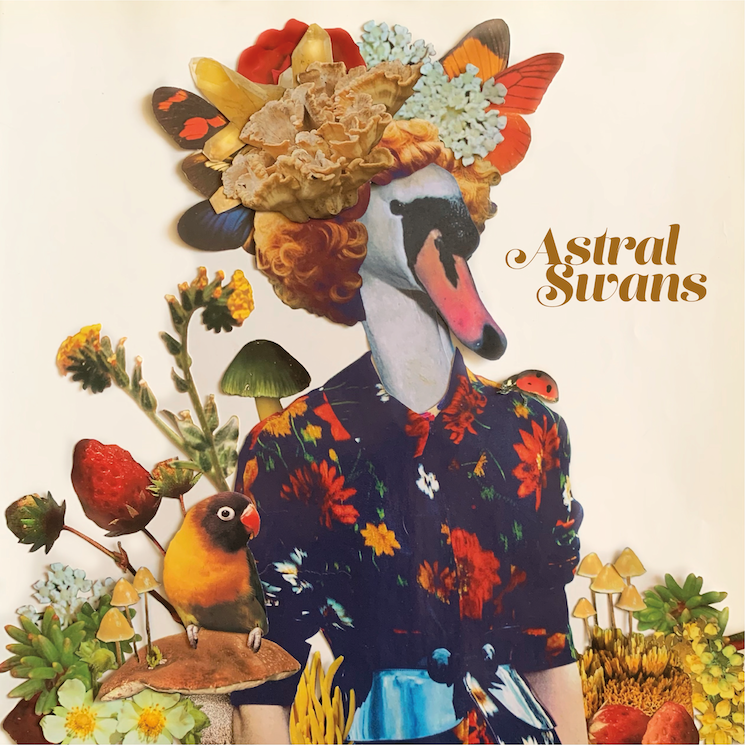 Astral Swans is Calgary musician Matthew Swann's third album with the project, and perhaps he chose to self-title it because it's the culmination of everything he's been building toward. His bleakly existential lyrics are lifted by gorgeous arrangements featuring blippy synths ("Blackhole Town"), sultry horns ("Flood"), eerie slide guitar ("Spiral") and several contributions from Julie Doiron.
Alex Hudson

Quinton Barnes
As a Motherfucker
(Grimalkin) 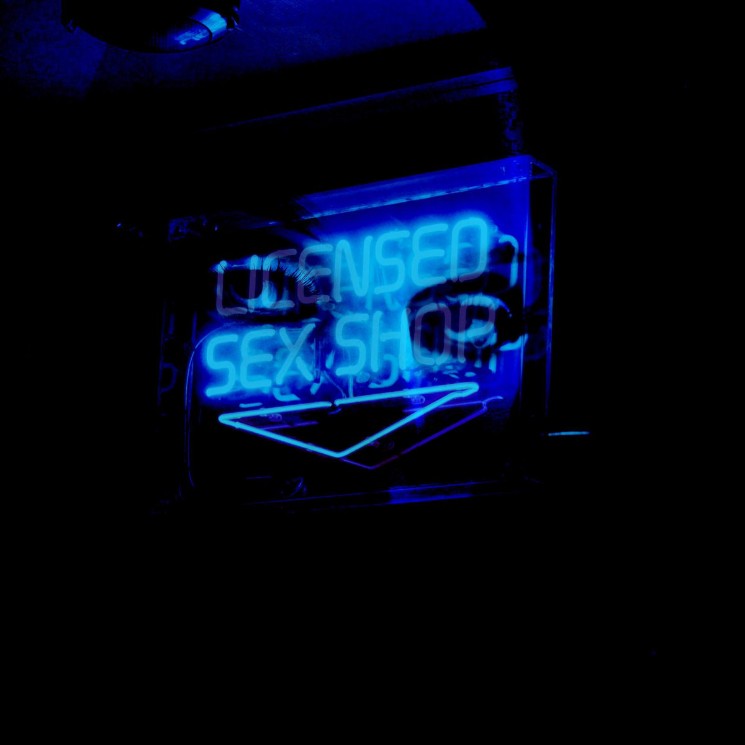 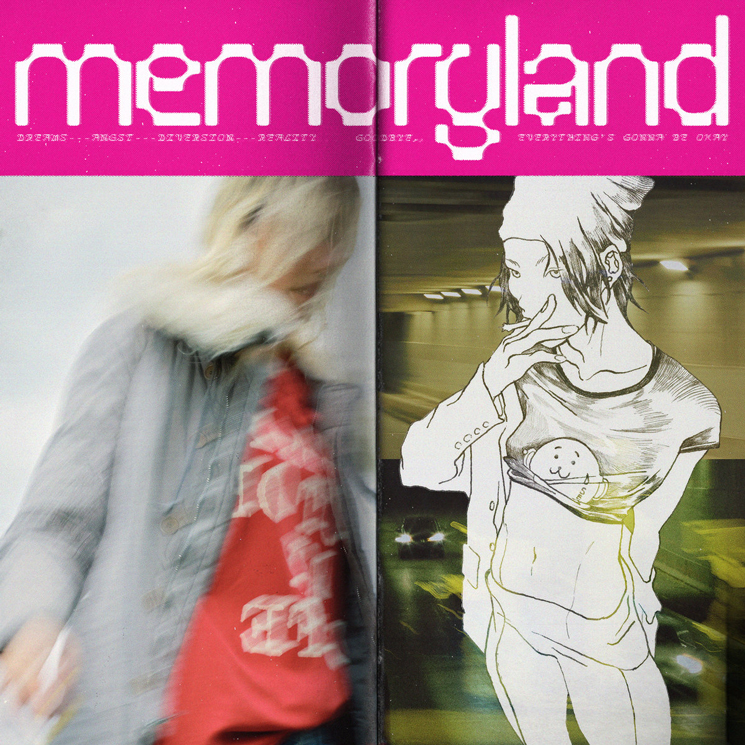 Memoryland is just that: a trip through a long-gone version of Montreal. CFCF, a.k.a. Mike Silver, waxes nostalgia for the 1990s, when, flush with cheap rentals, the city became a haven for electronic producers. Silver deftly strips the era for parts, reconstructing them as something new yet deeply familiar.
Ian Gormely 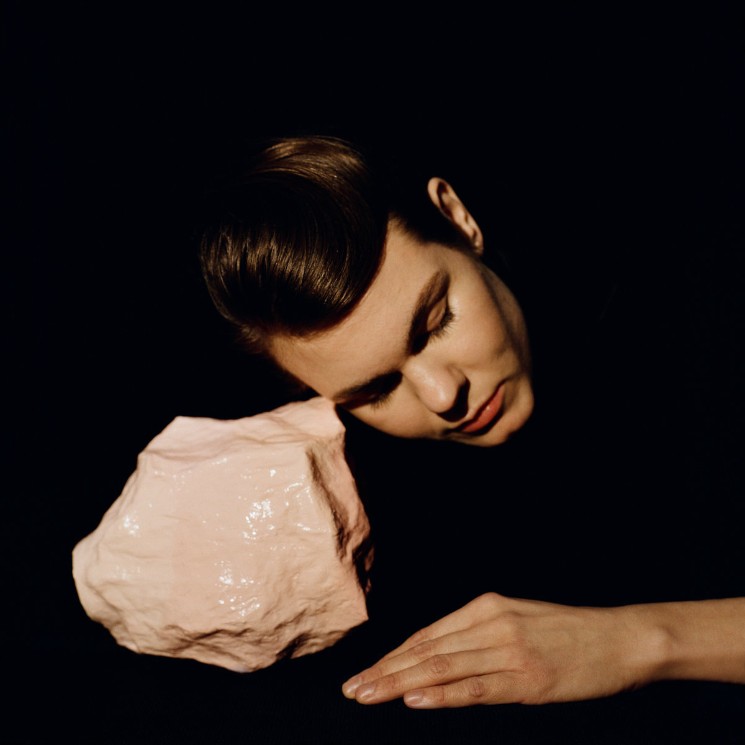 The emotive, intellectual heft of Steph Yates's musical expression appears in its most delicate, haunting form as Cots. Yates emerges from the art-damaged indie and punk rock of her past, gently playing guitar and singing searching songs that slyly interrogate human behaviour and laws of attraction in a film noir haze.
Vish Khanna 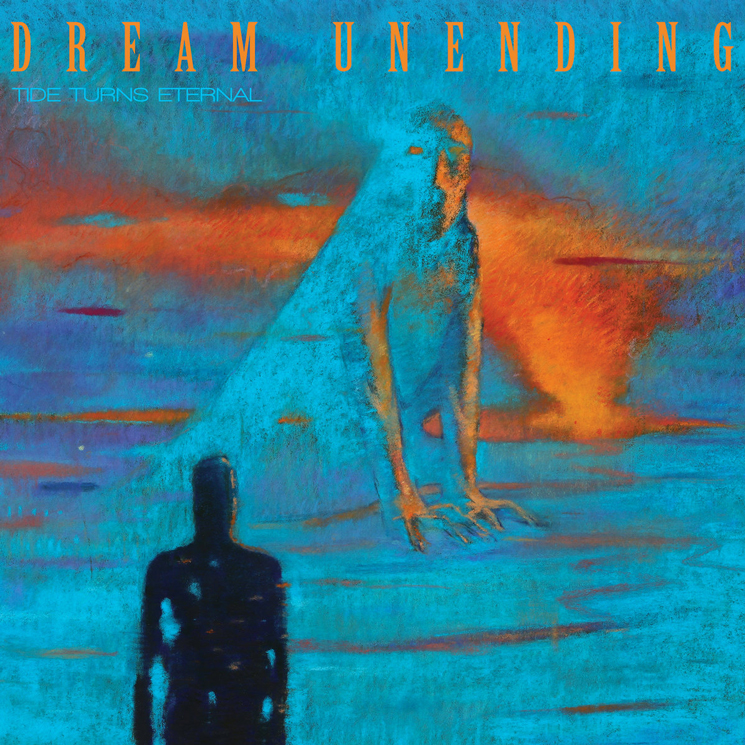 While Derrick Vella gets plenty weird on Tomb Mold records, the debut album by duo Dream Unending sees the guitarist taking his tonal and textural ideas a step further. Rounded out by the chasmal drumming and vocals of Justin DeTore — himself a formidable songwriter and guitarist in Innumerable Forms — Tide Turns Eternal mesmerizes with its flanged guitar leads, gothic 12-string passages and richly harmonic fretless bass lines.
Tom Piekarski 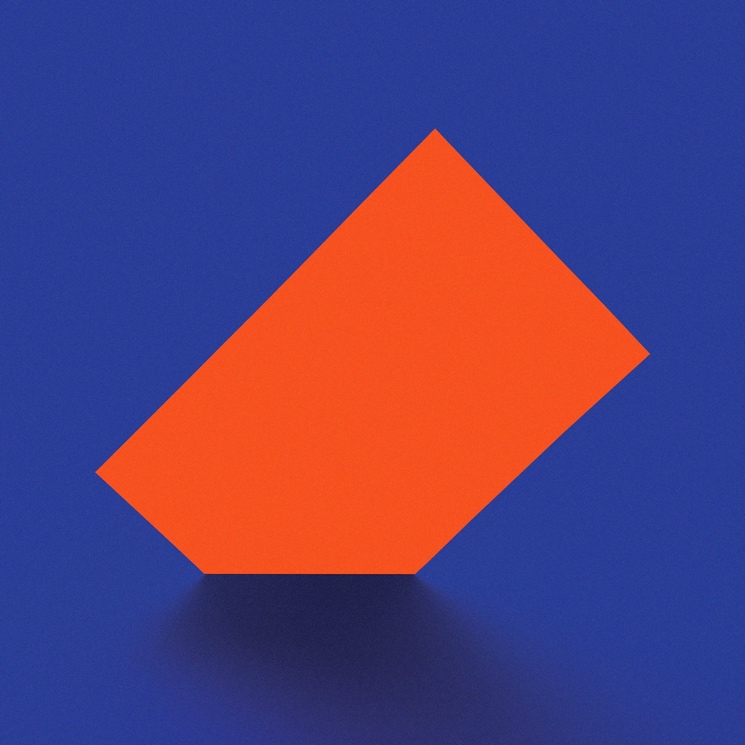 Vancouver songwriter des hume hyped up Bub for years, but having seemingly run out of steam on the project, he dumped it rather unceremoniously onto Bandcamp. (As of this writing, it's still not on any of the main streaming services.) But even if it didn't get a grand rollout, Bub's poignant synthpop melodies and lo-fi chillwave production don't disappoint.
Alex Hudson 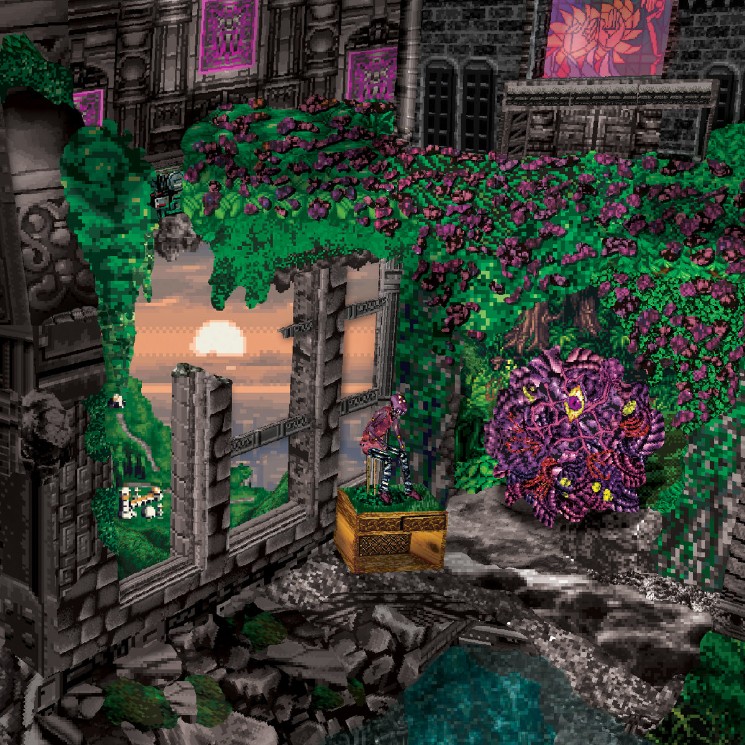 Rhododendron sees d'Eon at his most aesthetically focused and serves as the perfect gateway into the sometimes overwhelming sound of Hausu Mountain. Built on a foundation of MIDI-triggered chamber orchestra sounds, Rhododendron is equal parts modern classical, video game music and comfy synth. Standout tracks like "Rhododendron pt. I" develop around a few idyllic themes, and that simplicity of arrangement is the album's strongest suit.
Tom Piekarski 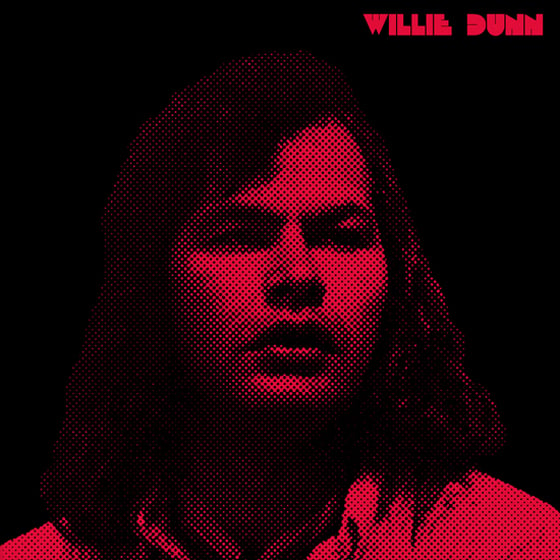 The exquisite, career-spanning anthology Creation Never Sleeps, Creation Never Dies shows why you should mention Willie Dunn when talking about great songwriters. Dunn's incisive, beautiful and moving folk songs include odes to nature and accounts of Chanie Wenjack and Louis Riel while calling attention to the intergenerational effects of colonialism.
Laura Stanley 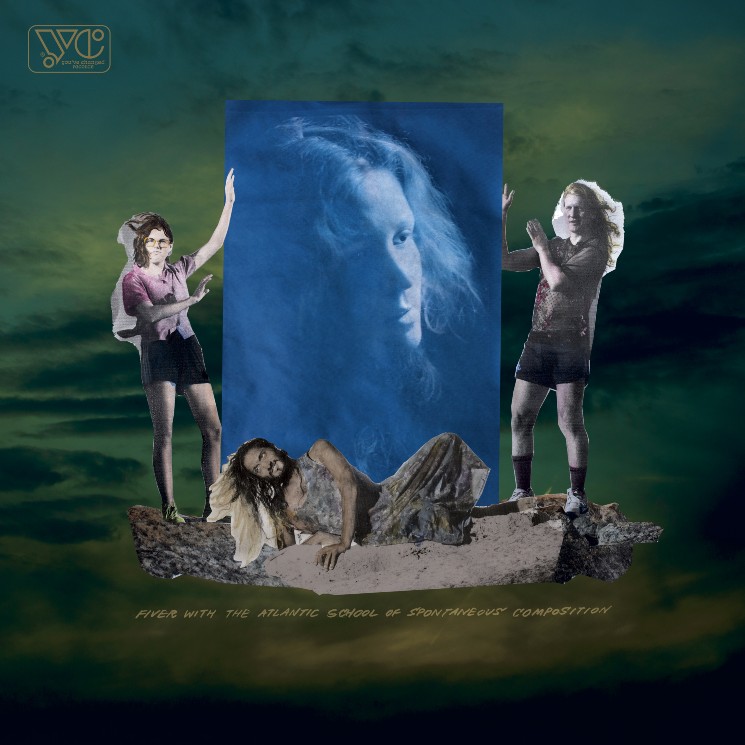 Resisting contemporary country pop's routine resignation to a colonialist capitalist realism, Simone Schmidt's collaboration with the Atlantic School of Spontaneous Composition is a revelation. Schmidt and their peers' songs bear the weight of so much extractive violence and meet it with a radically interdependent exchange, trading off leads and creating a restorative zone of generative bliss.
Tom Beedham 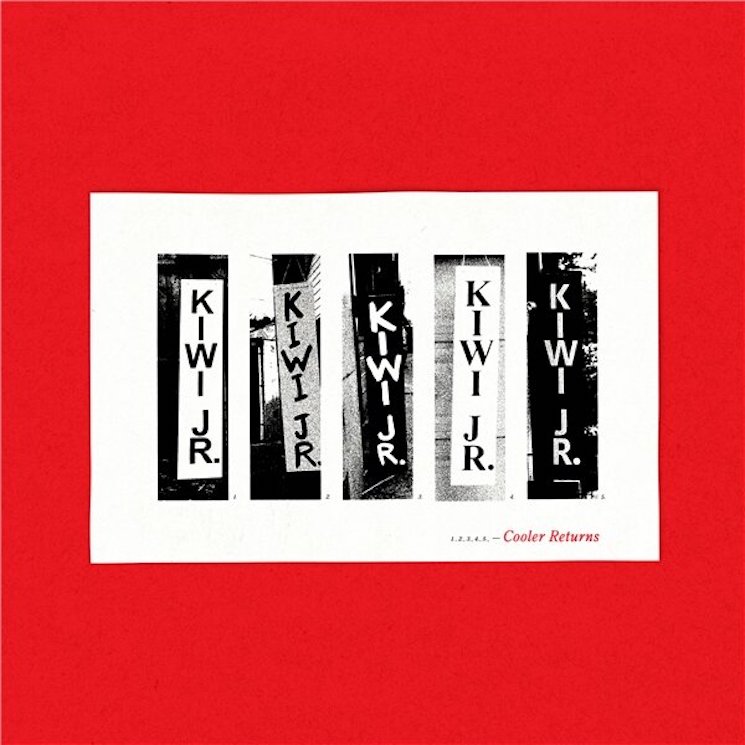 Kiwi Jr. are the Tragically Hip for slack-rock revivalists. Yes, the Toronto quartet drop foregone references like Honest Ed's and SkyDome, but unlike the Hip, there's not a drop of earnestness or rumination to be found. It's this level of tossed-off composure that makes their sophomore LP so damn captivating. Cooler returns indeed!
Daniel Sylvester It's impressive that St. John's, NL's Kelly McMichael manages to dabble in classic "Crimson and Clover"-esque pop, Stevie Nicks-styled rock and '80s-era synths on her debut album. It's even more remarkable that she does all that while sounding entirely like herself.
Alex Hudson It's all in a name for myst milano.'s Shapeshyfter, as the Toronto-based multi-disciplinary artist, producer, DJ and rapper moves between musical and emotional forms at will across this wonderfully variegated full-length debut. Their ear for unique timbres will command your attention, while the fun, freaky raps warrant plenty of replays.
Calum Slingerland 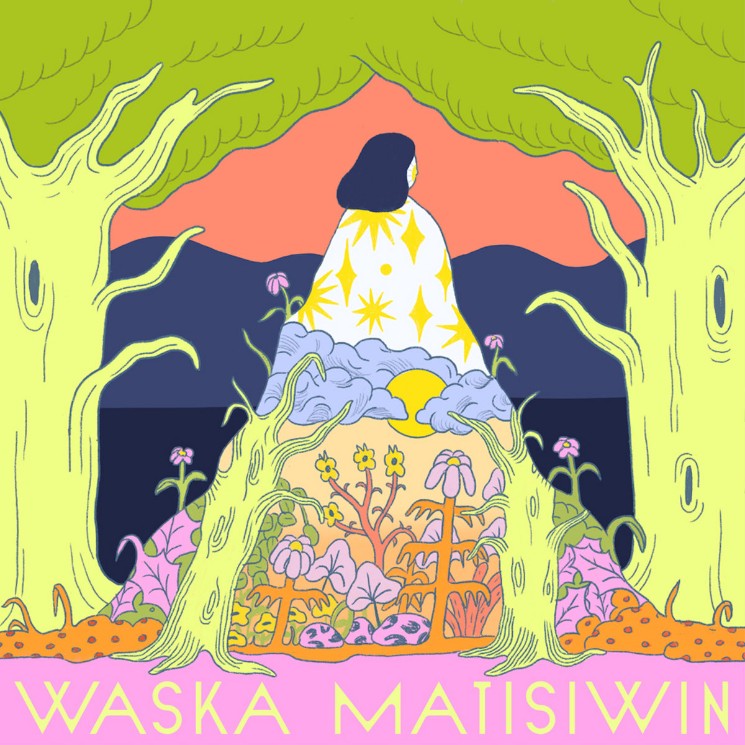 The ways in which Laura Niquay manages to blend Atikamekw-language lyrics with Quebecois folk sensibilities has allowed her to carve out a unique position within the modern music landscape. Waska Matisiwin is filled with songs that embrace both tradition and modernity that could easily play alongside any arena-filling contemporary folk-rock bands touring today.
Scott Simpson

Ouri
Frame of a Fauna
(Born Twice / Lighter Than Air) 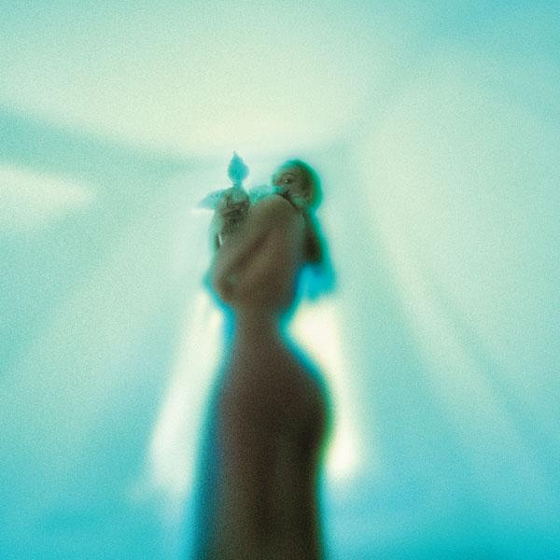 In describing her debut album Frame of a Fauna, Montreal DJ, producer and multi-instrumentalist Ouri says she attempted to portray "the way emotional hardships can imprint and deform the human body." The result is an unearthly collection of songs that ebb and flow between hardness and softness, immediate and distant — not so dissimilar to the way trauma itself manifests.
Scott Simpson While those who managed to snag tickets to see Pavement's upcoming reunion tour still have to wait the better part of a year, PACKS's debut album was more than enough to scratch that melancholic alt-rock itch. Packed with vivid lyrics and guitar hooks, Take the Cake is a short story collection that plumbs the depths of human alienation and digs far enough to discover a wellspring of hope.
Matt Bobkin

Sarin
You Can't Go Back
(Prosthetic) Sarin's You Can't Go Back is a refreshingly uplifting post-metal album amongst a morose cast of peers. Although the record is grounded in moments of personal strife, Sarin nevertheless creates a sonic soundscape that is cathartic in ways unlike others in heavy music.
Mark Tremblay Inspired by frequent childhood trips to the National Gallery of Canada, a sublime glass and concrete structure in Nick Schofield's hometown of Ottawa, the Montreal composer's ambient sophomore album Glass Gallery is cascading and kaleidoscopic, reflective and refractive. With just a Prophet 600 synthesizer, Schofield welcomes listeners into a stunning sanctuary that calms a hyperactive mind as much as it rouses active wonder.
Leslie Ken Chu What if Midsommar was an album? Toronto saxophonist Emily Steinwall expertly captures the very same folk-horror mood on debut album Welcome to the Garden, a concept piece concerning matters of femininity, the divine, all-consuming love and the trickery of Mother Nature. The budding jazz maestro deals heavily in the sublime, cresting crescendos of near-insurmountable heights, most notably on the record's 10-minute opening title track.
Allie Gregory 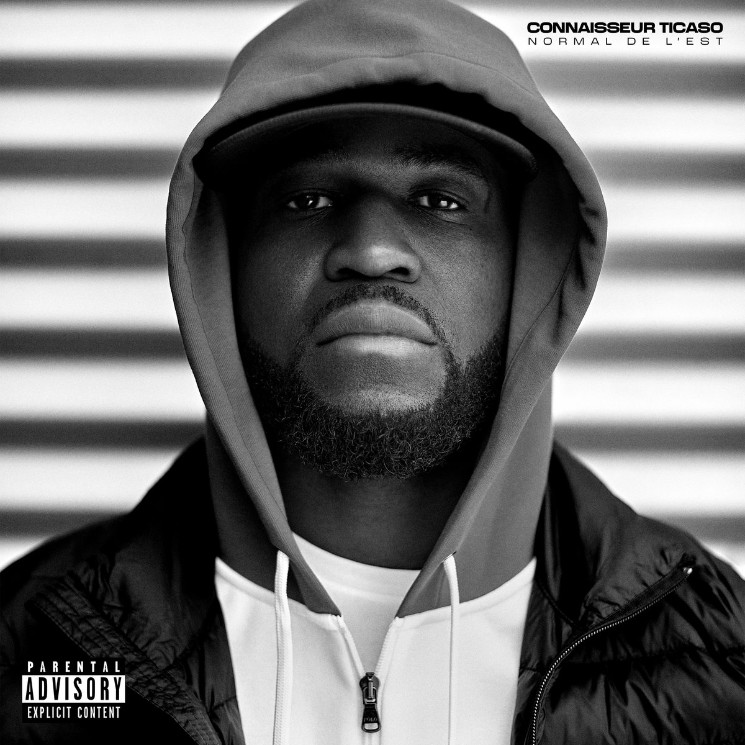 A veritable street legend, Ticaso waited decades to release his debut album, which has since won the Félix award for Quebec's Rap Album of the Year. His undeniable authenticity has led to one the most relevant musical comebacks in recent memory, with Ticaso showcasing his timeless flow on impeccable beats by the province's finest producers.
Antoine-Samuel Mauffette Alavo Quitter is an obliterating, corrosive record with a heart soft as jelly — an antidote to emotional reticence. Tackling existential anxiety, mutating personal relationships and a shifting sense of self, Tunic's cataclysmic art-punk makes personal growth sound as exhilarating and freeing as self-destruction. It's a new high point from a band that shows no sign of slowing down.
Kaelen Bell Montreal dream popster Vanille released her debut album in the middle of a harsh winter, yet the lush arrangements and placid vocals were enough to cut through the frigid air and evoke hope for the summer to come. Nearly a year later, with another winter upon us, it remains just as warm and inviting.
Matt Bobkin