By Alex Hudson
Published Sep 20, 2016
For 20 years, Conor Oberst's music has been synonymous with abject misery. As the principal member of Bright Eyes, the Omaha, NE-bred singer-songwriter has explored the darkest depths of loneliness, singing about depression, drug abuse and alcoholism in his signature tortured vibrato. His unflinchingly confessional music has explored folk, punk, electronic pop, theatrical rock and avant-garde experimentation, and many of his doe-eyed press photos have suggested a wounded soul preoccupied with introspection.

And yet, gloominess only tells half of the story when it comes to Oberst. His songs have often placed humour and sadness in cheeky juxtaposition, with meta-fictional skits and self-aware lyrics that playfully poke fun at his image of a sullen sad sack. Meanwhile, his numerous collaborative projects have undermined his reputation as an alienated loner: he's made catchy political punk with his on-again, off-again band Desaparecidos, explored Americana with the supergroup Monsters of Folk (including M. Ward and My Morning Jacket's Jim James) and co-credited his solo work to the Mystic Valley Band.

In recent years, Oberst's tunes have become more restrained and mature — Bright Eyes records have focused on spirituality and philosophy rather than introspective sadness, and the freewheeling rawness of his early work has been replaced by higher production values and comparatively slick full-band performances. Yet still, it's his morose early work that continues to define him in the eyes of many music fans.

To give a sense of Oberst's musical breadth and the most emotionally devastating of his career highlights, follow along with Exclaim!'s Essential Guide to Conor Oberst, below. 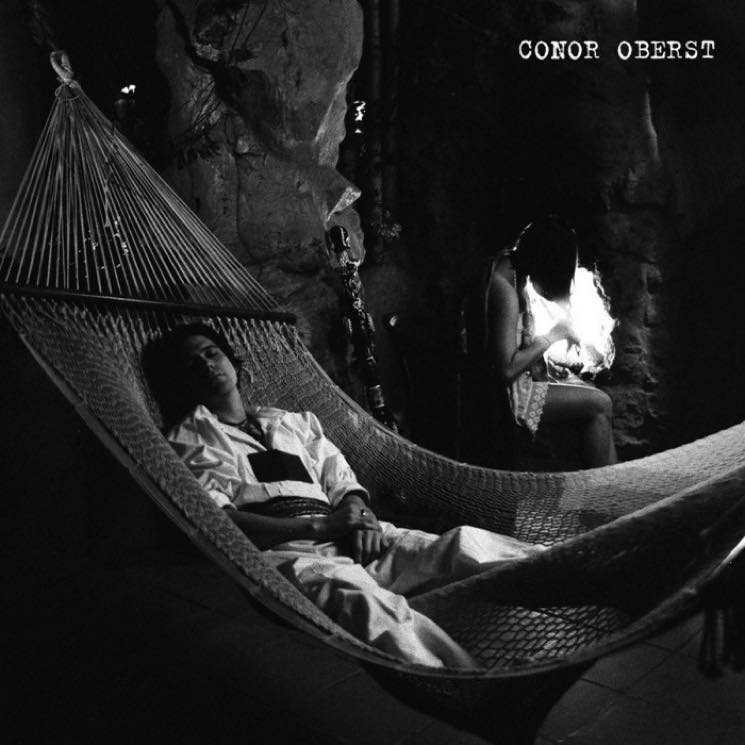 Technically speaking, Oberst had already released a handful of solo albums before his eponymous 2008 LP, but Conor Oberst nevertheless feels like a debut. His prior solo albums had been released more than a decade prior, preceding his rise to prominence. That this album is self-titled reinforces the sense that it's a fresh start, and Oberst sounds rejuvenated following the previous year's hit-or-miss effort Cassadaga.

Recorded at a villa in Mexico, the eponymous album is largely free of the angst that typifies Bright Eyes. Instead, the moods here shift from playful to peaceful to resigned. "Souled Out!!!" and "I Don't Want to Die (In a Hospital)" juxtapose morbid themes with joyously uplifting roots rock arrangements, while the cryptic acoustic ballads "Milk Thistle" (an herbal liver treatment often used after excessive drinking) and "Lenders in the Temple" are gorgeously bittersweet. Particularly devastating is "Danny Callahan," a catchy folk rock number whose titular character is a "bald little boy" with bone cancer.

Conor Oberst lacks the ambitious sprawl of Bright Eyes' best work, but that's also central to its appeal. It's a simple, concise and appealingly unaffected album that's likely to appeal to those turned off by the songwriter's more harrowing material. (Oberst recruited the same band for the following year's Outer South, but the collaborative songwriting and far-too-long runtime made it less successful.) 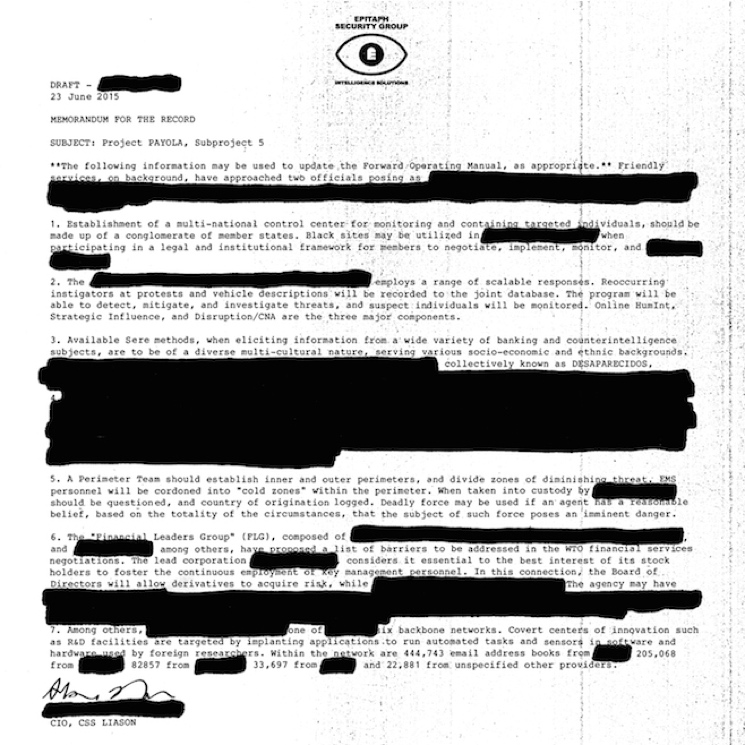 Oberst's lyrics have long had a strong political undercurrent that occasionally bubbles to the surface (as on the Bush-targeting 2005 protest song "When the President Talks to God"). The best outlet for his political views came on Payola, the comeback record from his reunited punk band Desaparecidos.

It had been well over a decade since the group's 2002 debut Read Music/Speak Spanish, and they came raging back with 14 tracks of raging, hook-filled punk. While Oberst's bread and butter has typically been inward-looking singer-songwriter fare, this is his most successful outing as the leader of a full-blown rock band. He shouts and snarls his way through politically charged lyrics that tackle class-related injustice, social media slacktivism, surveillance and racism.

These are heavy themes, but Payola's searing hooks and cheeky defiance make it a hell of a lot of fun to listen to. On opening cut "The Left Is Right," when Oberst shouts, "Now we're taking it back / For the greater good / Goddamn Robin Hoods," it's impossible not to crack a smile and pump your fist. 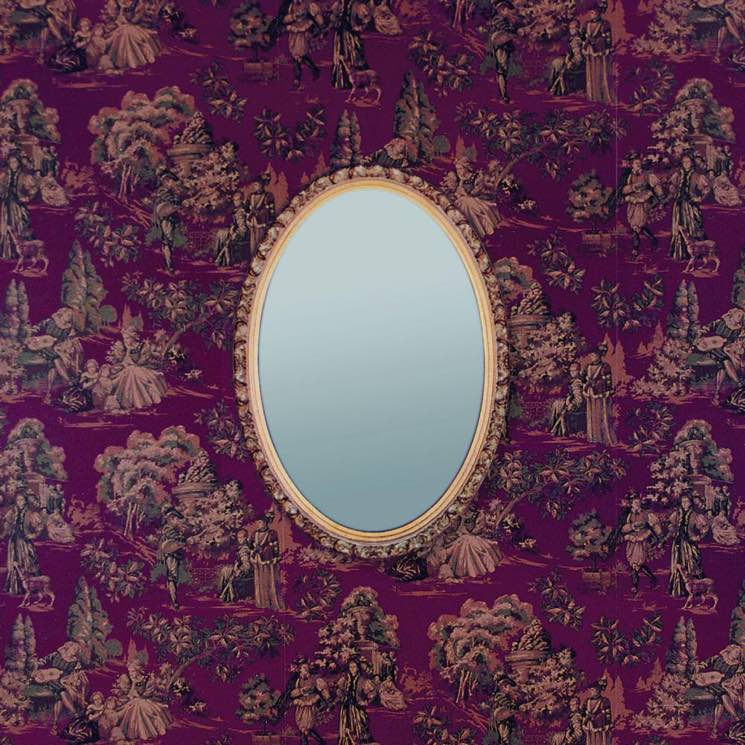 Oberst had only recently turned 20 when Fevers and Mirrors came out, but he already seemed like a veteran. He'd been releasing music since his early teens, and this was his third full-length with Bright Eyes. Following the promise of 1998's Letting Off the Happiness, this album represented a flourishing of his talents.

The impassioned pathos of his early recordings is still front and centre, but here, he balances it with his strongest melodies to date. His increased sense of confidence and sonic scope makes Fevers both inviting and confrontational. On the one hand, tracks like "Something Vague" and "A Song to Pass the Time" are delicately pretty; on the other, Oberst doesn't shy away from blatant abrasiveness. "Haligh, Haligh, a Lie, Haligh" features a blipping dial tone in the background, and "The Calendar Hung Itself" and "Sunrise, Sunset" are jarring in their harried noisiness. Most curiously of all, "An Attempt to Tip the Scales" ends with a bizarre staged interview that's both an informative summary of the album's theme and a sketch comedy fever dream. (Note that it's not actually Oberst speaking; it's a friend impersonating him.)

Fevers and Mirrors paved the way for Oberst's rise to prominence in the aughts. He was no longer simply an upstart indie wunderkind; he was a star in the making. 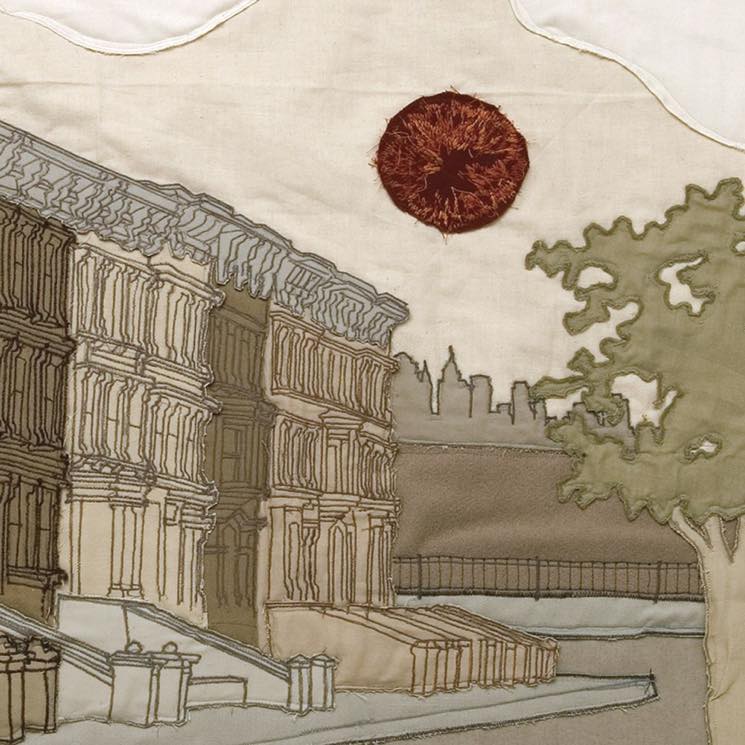 I'm Wide Awake, It's Morning might not claim the top spot on this list, but it's the closest to a "perfect" record Oberst has ever made. It's the ideal middle point between the two eras of his career: the angst of his early work is still very much intact, but we can see the first signs of the tasteful restraint of his productions from the past decade.

Adding to the album's sense of perfection is the stylistic consistency. While earlier Bright Eyes records had been anything-goes, ramshackle journeys through a range of genres, Wide Awake employs a simplified acoustic palette that draws heavily on vintage Americana, and includes prominent backing vocals from folk legend Emmylou Harris. That focus was likely sharpened by the fact that it was released on the same day as sister album Digital Ash in a Digital Urn, which focused solely on synth-driven pop.

Wide Awake is gold from front to back. "At the Bottom of Everything" is an anarchic social critique wrapped in buoyant bubblegum folk, "Lua" is a devastatingly spare ballad about depression and addiction, "First Day of My Life" is the cutest love song in the Bright Eyes canon and "Poison Oak" and "Road to Joy" close the album with a cathartic back-to-back crescendo. Perhaps best of all, "Land Locked Blues" encapsulates almost everything that makes Oberst a great lyricist, as it explores heartbreak, social commentary, alcohol abuse and autobiographical self-reflection. For new listeners — particularly those with an interest in folk music — Wide Awake might be the best entry point into Oberst's catalogue. 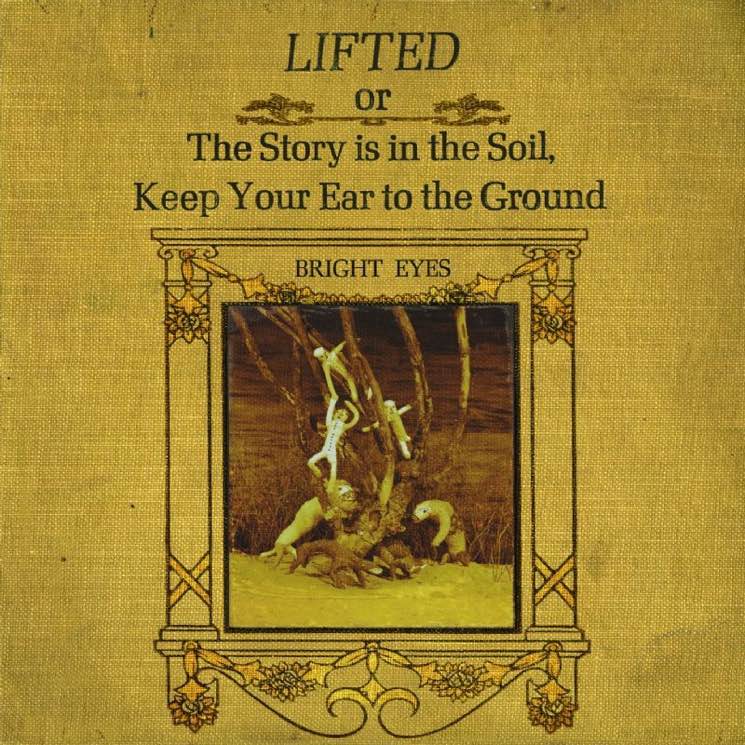 Lifted isn't always pretty, but it's unquestionably the ultimate Conor Oberst album. It contains everything that makes him frustrating: it's wildly ambitious, wilfully obtuse, frustratingly self-pitying, far too long and completely brilliant.

It's almost as if Oberst is daring listeners to hate him. The opening track is a sloppy, hookless, eight-minute-long folk dirge called "The Big Picture" that plays in the background while we hear people riding in a car. Following an abstract sound collage, "Method Acting" is a lavish baroque rock song in which Oberst implies that his depressive musical persona is a ruse, and "False Advertising" is an olde tyme waltz in which he admits that he is a puppet for the music industry.

But stick with it and Lifted yields treasures. "Lover I Don't Have to Love" is a chilling account of casual sex, "Bowl of Oranges" is a sweetly therapeutic ditty about depression and "Waste of Paint" is a gripping gaze into the mirror in which the singer claims that "everything I've made is trite and cheap and a waste of paint, of tape, of time." The songs are frequently broken up by sonic set pieces and sketches. We hear the frontman leaving a party for an empty room at the beginning of "You Will. You? Will. You? Will. You? Will." and "False Advertising" contains an orchestrated flub in which Oberst reassures a band member who botched a note.

Ultimately, for all its gloom and doom, Lifted is a celebratory romp in which Oberst uses every weapon in his arsenal and delivers a wonderfully flawed masterpiece of epic propositions. 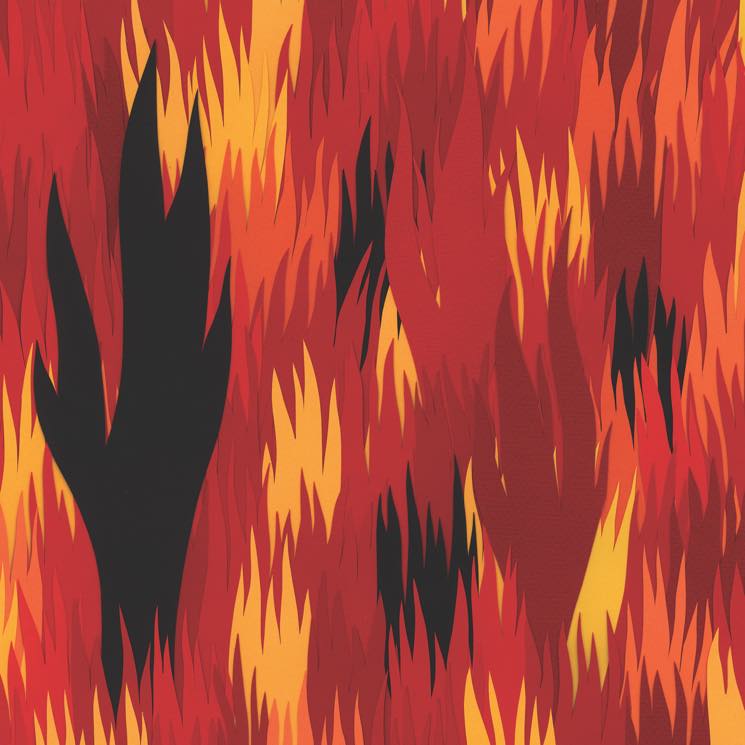 Oberst's career arc has taken him from untamed emoting to a more polished and meditative style. As such, his music has lost some of its urgency, and recent efforts have been somewhat forgettable. Bright Eyes' 2007 album Cassadaga contains some excellent songs, but the sterile production smoothes off all the rough edges. (Try to imagine the potential of a song like "I Must Belong Somewhere" without its by-the-numbers country rock arrangement.) Similarly, 2011's The People's Key — reportedly and still Bright Eyes' final album — is buoyantly rocking and pop-leaning, but fails to pack much of a punch.

Oberst's 2014 solo album Upside Down Mountain marked a return to his folksy, downtempo inclinations, but it similarly lacks the potency required to make a lasting impression; his sweetly sung meditations on death and discontent pale in comparison to the many times that he's wailed and screamed about the same subjects.

On the other extreme, Oberst's earliest efforts are so raw that it's hard to appreciate them as anything other than curiosities. Bright Eyes' 1998 debut A Collection of Songs Written and Recorded 1995–1997 and his noisy teenage work as the singer of Commander Venus are enjoyable from a fan's perspective, as they point to directions that he would explore later in his career, but they don't hold up against his more accomplished subsequent efforts. 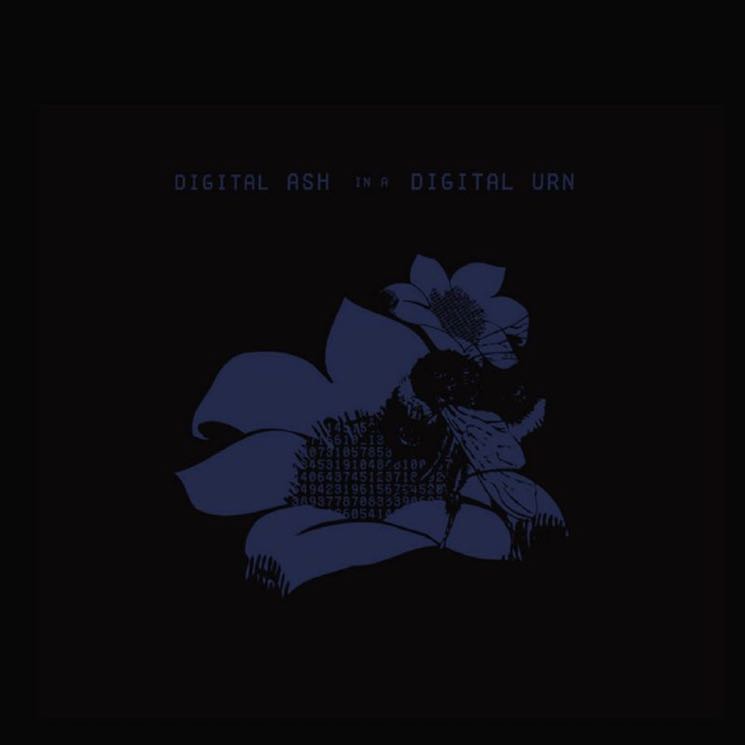 Of the Bright Eyes albums not mentioned above, Digital Ash in a Digital Urn — released on the same day as I'm Wide Awake, It's Morning in 2005 — is the strongest. Its synth-heavy sound is unique in Oberst's catalogue, as his characteristic tales of drunken depression are brought to life by rippling beats and twinkling keys. Similarly strong is 1998's Letting Off the Happiness, which nicely encapsulates the tortured emoting of Bright Eyes' early work.

Given his prolificacy, though, it's possible to delve very deep into Conor Oberst's catalogue of side projects and minor releases. Among Bright Eyes' most notable oddments are a number of split releases (notably 2001's Oh Holy Fools with Son, Ambulance and 2004's One Jug of Wine, Two Vessels with Neva Dinova), 2002's selection of holiday standards A Christmas Album and the 2005 live album Motion Sickness. Proving just how deep the rabbit hole goes, 16 extremely deep cuts were collected on the 2006 compilation Noise Floor (Rarities: 1998–2005). None of these releases are as essential as Bright Eyes' major albums, but they help to paint a more rounded portrait of Oberst as one of the most productive songwriters of his generation.

As far as side projects go, perhaps the most high-profile is Monsters of Folk, his collaboration with Jim James (My Morning Jacket), Mike Mogis (Bright Eyes) and M. Ward. Their self-titled 2009 album Monsters of Folk doesn't reach the glorious heights of the members' best-known work, but there are some pleasantly enjoyable roots rock tunes (particularly the Oberst-sung "Map of the World").

For diehards who truly want to go deep, try to dig up Oberst's scattered '90s projects like Norman Bailer (a band that later became the Faint), Park Ave. and the Magnetas.

Lastly, don't forget about the record label that helped to launch Bright Eyes' career, Saddle Creek. Many acts associated with Oberst have released albums through the label (including many of the side projects named in this article), as have a number of other prominent artists: Rilo Kiley, Tokyo Police Club, the Rural Alberta Advantage, Land of Talk and Cursive among them. In 2003, Oberst helped to launch another label, Team Love; releases have included Jenny Lewis and Tilly and the Wall.