​An Essential Guide to Blink-182

By Josiah Hughes
Published May 16, 2016
Though far too many adults pretend to be too cool for them, Blink-182 are one of the most successful rock acts of all time. The San Diego-bred skate-punk band have sold over 35 million albums around the world, with countless hummable tunes spawned by wildly talented songwriting duo Mark Hoppus and Tom DeLonge. These guys are the McCartney and Lennon of mall punk.

That said, like all great collaborators, Hoppus and DeLonge have had a strained relationship over the years. Their disagreements resulted in a Blink hiatus from 2005 to 2009 before DeLonge was asked to step down in 2015. It's probably for the best, though: for the first time in their long and storied career, the band's shiny pop anthems started to dip in quality on their 2011 album Neighborhoods.

Now, with the Alkaline Trio's Matt Skiba in DeLonge's place, Blink-182 have pieced together a new album called California, due out July 1. Based on its lead single, "Bored to Death," this one might actually reclaim some of Blink's glory as the dominant force in mainstream alternative rock.

Blink-182 aren't just a band for ironic pop punk lovers or people who still rock baggy khakis and ball-bearing necklaces at the skate park anymore; their influence on pop culture is vast and untouchable, as the band have influenced everyone from Fall Out Boy and Wavves to Ryan Hemsworth and d'Eon.

In other words, there's never been a better time to dig into Blink-182. Below, find our Essential Guide to the band's discography. 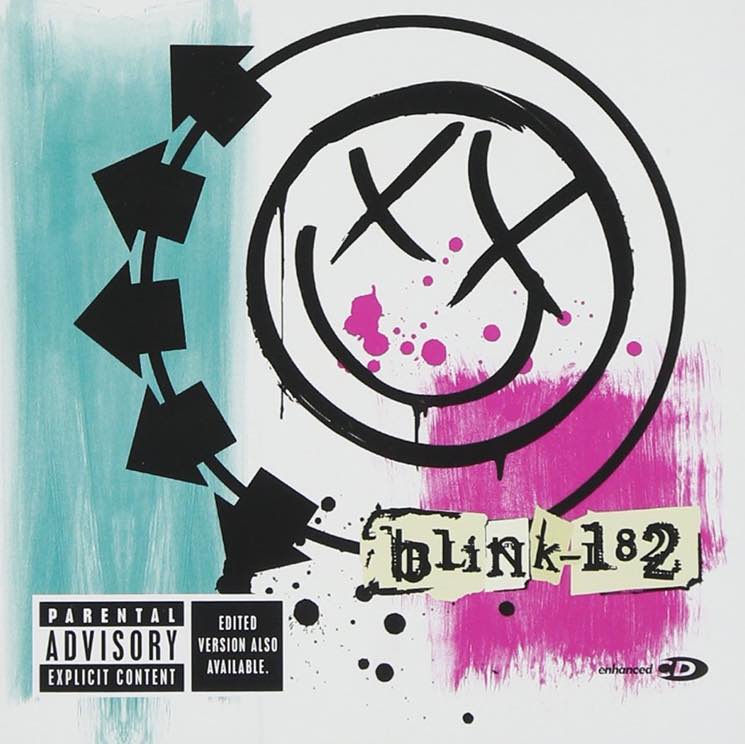 Blink's self-titled 2003 album found them losing the plot just a little as they attempted to expand their sound. Fortunately, and perhaps as a testament to their songwriting abilities, the results are mostly successful.

Blink-182 managed to push the envelope of what arena-sized pop punk could sound like, adding elements of goth, electronic, post-punk and post-hardcore to their sugary sweet songwriting. While there were still plenty of bizarre and cringe-worthy moments (like Travis Barker's hilariously garish "The Fallen Interlude" or the melodramatic spoken word on "Stockholm Syndrome Interlude"), they're each balanced out by fascinating extrapolations of Blink's sound.

The Tim Burton-esque Hot Topic-folk of "I Miss You" might be a punchline in and of itself, but "Feeling This" is a massive radio hit that somehow sounds like Fugazi and the Beach Boys at the same time. It's not all grandiose genre experiments, however: "Go" and "Always" are perfect little punk songs. 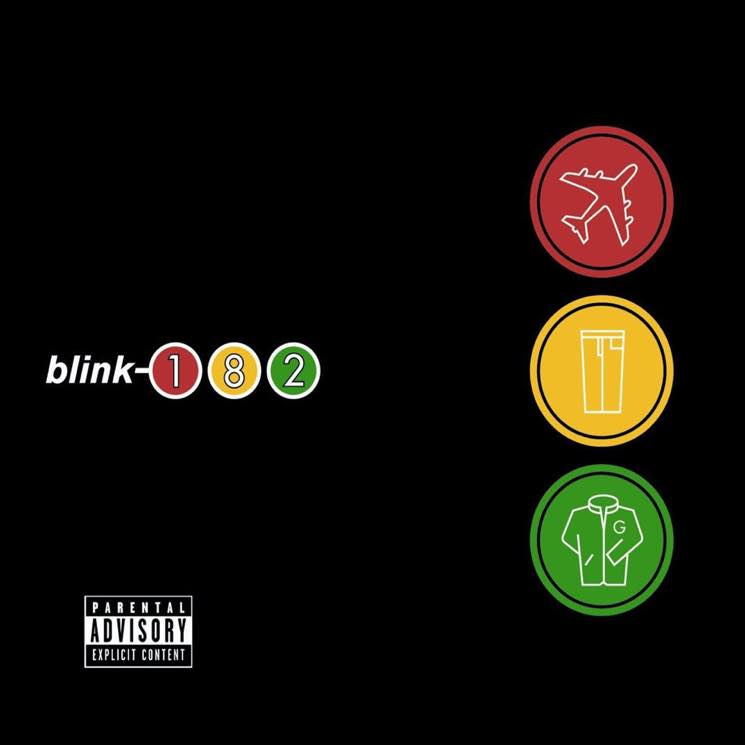 Before they completely dismantled their formula on their self-titled release, Blink-182 flirted with some major changes on Take Off Your Pants and Jacket. Like the sort-of-subversive pun within its album title, Take Off Your Pants adds some complexity to the band's teen angst anthems. "Anthem Part Two" and "Reckless Abandon" are perfect depictions of high-school faux-intellectual idiocy, even if they're written and performed by adult men.

Oh, and if Pants and Jacket's earth-shattering hits "First Date" and "The Rock Show" sound like Blink-182 doing paint-by-numbers, that's because they are. In the liner notes for the album's vinyl reissue, Mark Hoppus explains that the band's label was concerned by the lack of clear singles on the release, so he and DeLonge responded by each writing a tongue-in-cheek Blink song, and those two mega-hits were the result. Even when they're experimenting, Blink-182 strike the most resonant chords by playing things stupidly and satisfyingly simple. 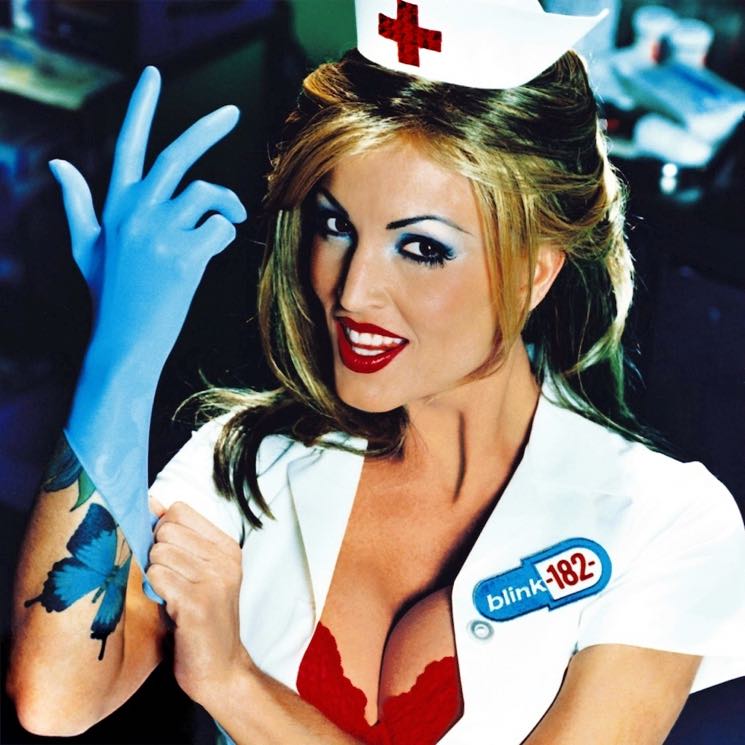 Following the breakout success of 1997's Dude Ranch, this was the record that cemented Blink-182's place in the mainstream. Enema of the State was another absurdly profitable record, repeating and building on Dude Ranch's successful formula, balancing Hoppus and DeLonge numbers across a lengthy runtime. That said, the band upped the production value significantly, offering intensely slick, speaker-crackling guitar crunch and shiny vocal tracks anchored by Travis Barker's absurdly busy drumming style.

Ironically, the next generation of boy bands like One Direction and 5 Seconds of Summer would draw far more influence from this album than the late '90s boy bands that Blink themselves parodied in their "All the Small Things" video. In other words, the album could create an Ouroboros argument about what's punk or not, if you let it; it's better to just turn that part of your brain off and bask in the pop perfection of tracks like "Wendy Clear" and "Going Away to College," the latter of which hinted, along with "Adam's Song," at the more mature direction their future work would take.

Further, if the slick production sheen is a little too much, you should certainly hunt down the Enema of the State demo recordings, which offer the album's best tracks recorded in glorious lo-fi. 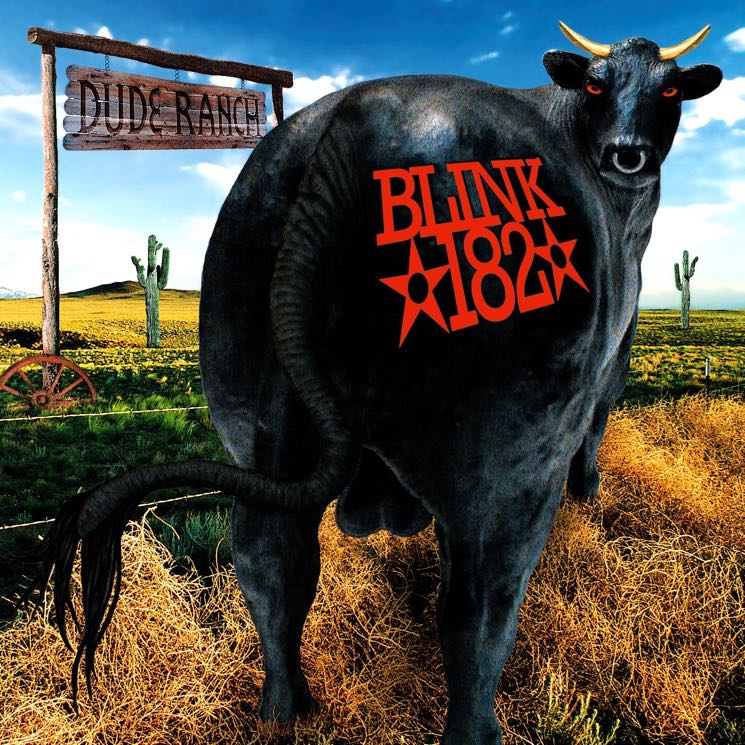 It's nearly impossible to determine the best Blink-182 album, but Dude Ranch is arguably the purest distillation of what Blink-182 is all about — unbelievably juvenile dick jokes and harmonized heartache, with plenty of suburban existential angst.

From the get-go, Hoppus and DeLonge's vocals make for perfect foils on "Pathetic" — and they both live up to their strengths throughout. "Dammit" is the sort of novelty pop song that one-hit wonders are made of, but material like "Josie" and "Enthused" is just as strong. And it's hard to believe that we could empathize with a young man's aimless ennui on a song that bears the title "Dick Lips," but here we are.

Dude Ranch is also notable because it's the last Blink album to feature drummer Scott Raynor, who was booted from the band on tour due to substance abuse issues. His replacement, Travis Barker, is much more of a showboat, but on Dude Ranch, Raynor's humble snare rolls and simple oompah pop-punk beats have plenty of value. Rather than make himself the centre of attention, Raynor is happy to be the backbone for DeLonge and Hoppus's perfect harmonies here. 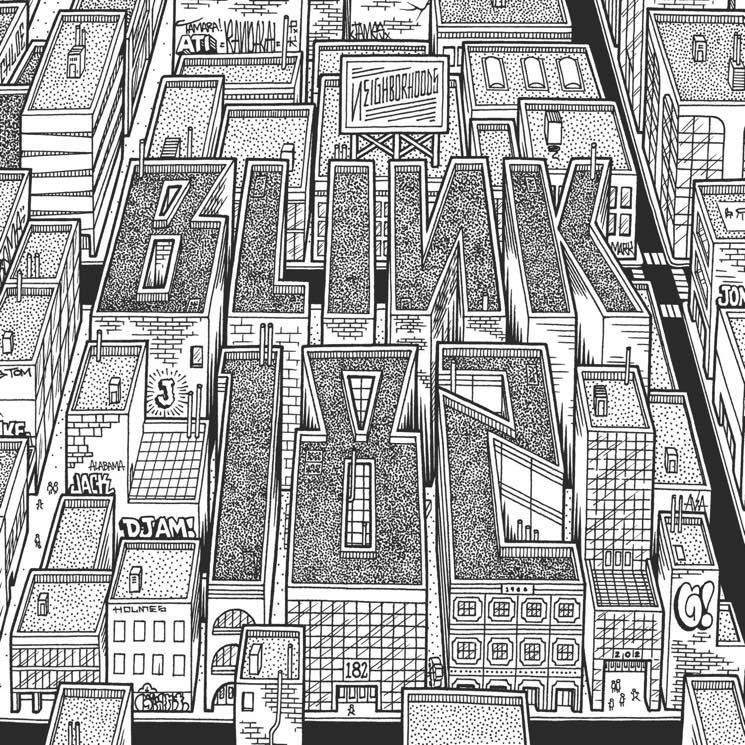 Blink-182 fell apart after their self-titled album, and honestly, it would've made for a perfect swansong. Instead, they reunited in 2009 to record their disjointed, disconnected and relatively unpalatable return album, 2011's Neighborhoods. And there's probably a good reason why it didn't work — DeLonge, Hoppus and Barker wrote and recorded the album by correspondence, sending ideas back and forth via email. The tension between members is somehow present on the recording, making for an unpleasant listening experience.

Further, some of DeLonge's work in Angels & Airwaves shows the same summery pop potential as his previous work, but those moments are few and far between. Blink and you'll miss it, though, because it's mostly just ridiculously grandiose, self-indulgent concept albums like 2007's I-Empire, as well as 2010's Love and 2011's Love: Part Two.

Finally, most live albums are dubious in their own right, and The Mark, Tom & Travis Show is no different. You're far better off to stick to the studio recordings. 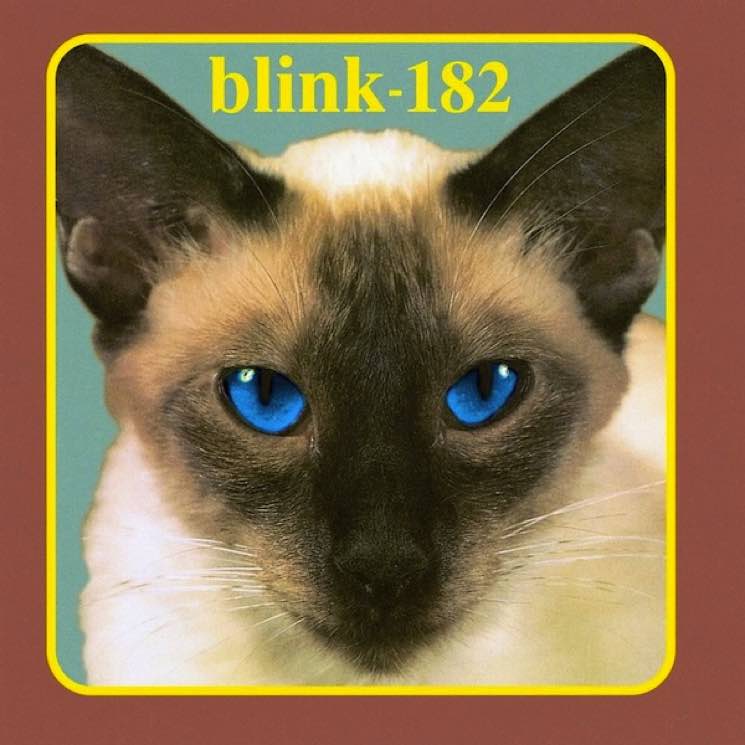 If you were born in a certain era, Cheshire Cat (1995) was pure older brother music — the sort of skate punk anthems with staccato, pirate-shanty guitar leads and simple, singalong choruses. And yet, there was latent promise: snowboard video classics like "M&Ms" demonstrated Blink-182's early ability to perfectly blend those guitar runs with wonderfully idiotic themes — a formula that would make them millions of dollars down the road. Cheshire Cat is an early blueprint of the band's sound, and an enchanting listen if you were ever a fan of Shockwave discmans or Punky Colours hair dye.

The aforementioned Angels & Airwaves still have some gems hidden in their grandiose tapestry, including the Sekret Machines LP they released earlier this year. Further, approximately a third of Tom DeLonge's solo collection To the Stars... Demos, Odds and Ends (2015) was listenable in a Blink-182 way. That said, Mark Hoppus's Blink side-project +44 had a somewhat better release, as their 2006 effort When Your Heart Stops Beating focused more on rock-leaning punk than space-aged radio pop.

While Neighborhoods was easily the worst Blink-182 album, there's still a way to listen to what could have been. Swedish group Future Idiots decided to filter the album through the classic Blink sound, and the result is an album-length cover called Neighborhoods and Morningwoods (2012). It's a compelling fan release that shows just how decent Neighborhoods could've been if Blink had dumbed it down a little.

Post-Neighborhoods, Blink-182 got the ol' gang together one last time for 2012 EP Dogs Eating Dogs, and it's easily one of the strangest releases in their storied discography. It opens with a transcendent DeLonge anthem called "When I Was Young," adds some pseudo punk grit with its title track, devolves into sappy folk punk for "Boxing Day" and concludes with a song that awkwardly features Yelawolf. This is the last document of Blink-182 as a songwriting collaboration between Mark Hoppus and Tom DeLonge, and it's a fascinating (if uneven) listen.