By Josiah Hughes
Published Dec 06, 2016
When it comes to fist-pumping rap rock with a country twang, there's no mincing words: Kid Rock rocks. Unfortunately, if you require some left-leaning politics in your musicians, then Kid Rock certainly does not rock. As such, it should come as no surprise that the tricycle peddler is now in the business of selling Donald Trump-themed merch.

As Fusion reports, Kid Rock is in the pandering business, and business is good. As such, he's just dropped some deeply fucked-up Trump-themed merch that is, to put it simply, bawitda-bad.

It's a shame really, because Kid Rock's other merch is awesome. This "00 Fucks Given" football jersey is an item to marvel at, as is this punny "Keepin' It Reel" T-shirt that portrays a fish shredding a Les Paul guitar. And don't tell us you don't love this vintage-inspired "Gone Drinkin'" design.

Instead, Kid Rock's otherwise perfect merch page is tarnished by his terrible pro-Trump designs. Peep them below. 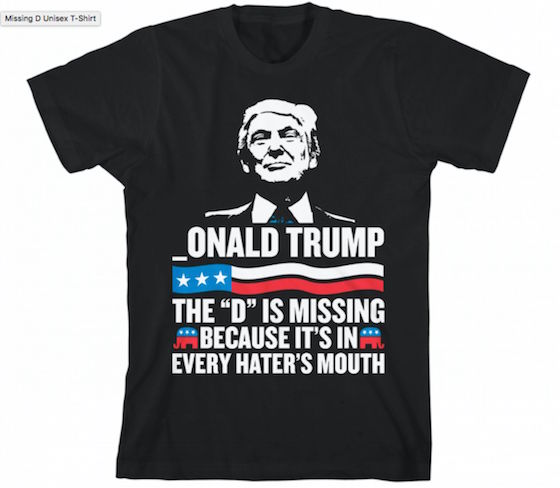