By Josiah Hughes
Published Sep 28, 2016
Matt Stone and Trey Parker have significantly upped the ante on their antics to promote the 20th season of South Park. In addition to a virtual fart-sniffing device, the pair have now trolled some seriously notable places around the United States with a set of mobile billboards.

For example, the show's marketers took their contentious relationship with Scientology a step further by parking a billboard in front of the church's Los Angeles headquarters. It depicted a scene from their Scientology-themed "Trapped in the Closet" episode along with the phrase "we've been there."

They parked similarly pointed billboards in front of the Mormon headquarters in Salt Lake City, the Facebook headquarters in Silicon Valley, the Lincoln Memorial and the White House in Washington, DC and the Canadian border in Buffalo, among many other locations.

Walter Levitt, chief marketing officer for Comedy Central, told The Hollywood Reporter that he was well aware of the potential fallout for the marketing stunt. "We knew it was risky," he said. "We knew some locations might not be pleased to have us out there, but we thought this is a perfect way to celebrate everything the series has covered in its 19 seasons.... In some cases, the locals were not pleased to have us outside their locations and asked us to leave, but that was all expected, and we completely understand why."

Check out some images of the billboards below, via THR. 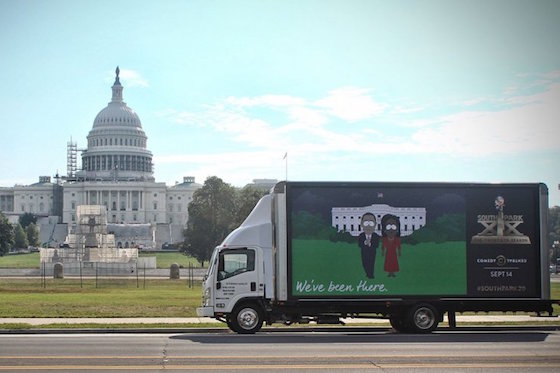 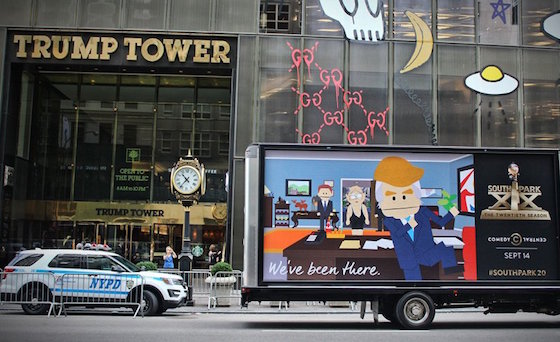 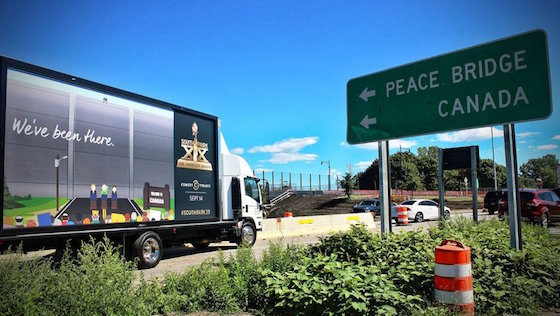 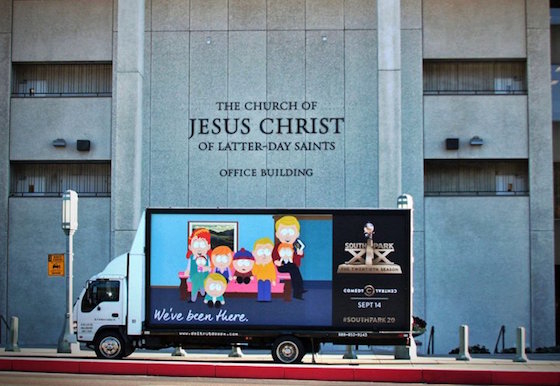