On July 9, Tom Hanks will turn 62. It's the perfect age in that it helps further the narrative that the beloved actor is everyone's dad, complete with a soothingly gentle voice and a noble dorkiness. Of course, if there's one thing that dads have inspired, it's post-normcore fashion looks. Look around you — everyone's wearing dumpy light denim and ill-fitting '90s hats.

The thing about dads, however, is that they haven't always rocked garish track jackets while manning the grill. Each dad contains multitudes of looks from various different eras. To celebrate Hanks' big dad energy, we decided to take a peek at some of his most iconic looks throughout his career.

That should hopefully help you pick out the perfect outfit to attend Hanksfest — a month-long celebration of the man that Cineplex is kicking off tonight (July 6) with Hanks movies screening at cinemas across the country.

Find out more about Hanksfest here, and dig into some of Tom's strongest looks below. 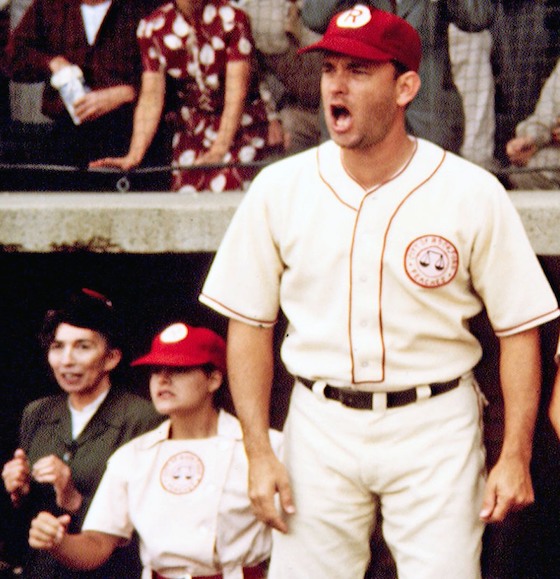 Look, Tom Hanks probably wears other stuff in this classic baseball dramedy from Penny Marshall, but he'll forever be known for the way he filled out that vintage baseball jersey and charmingly low-budget hat. He looks like he's wearing one of the customizable Mario outfits from Super Mario Odyssey in the best possible way. Paired with some dirty white pants, one could easily wear this to their city's coolest bar without causing a scene. 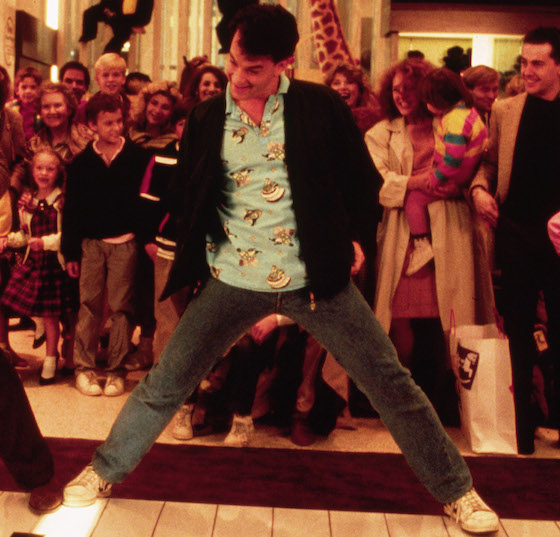 This movie is packed with outfits that look like they're straight out of 2018, and maybe that's because it's about a 12-year-old boy who's magically transformed into a 30-year-old. After all, aren't we all living with a little arrested development? Either way, Hanks looks incredibly hip throughout this movie. Just look at his outfit from the iconic chopsticks scene — a slouchy cardigan paired with a wacky printed polo shirt, tapered jeans and ratty white sneakers? Are we sure this is Tom Hanks and not the frontman for a contemporary garage punk band? 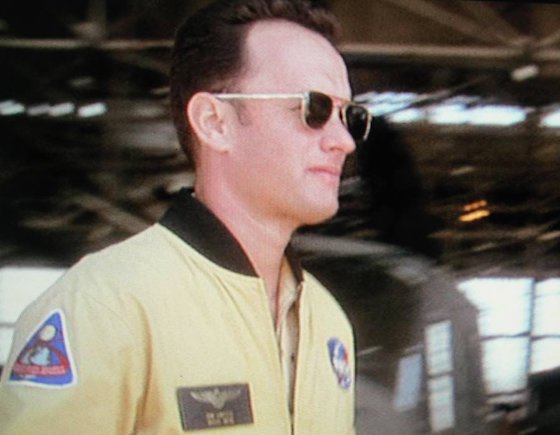 Based on the true events of the Apollo 13 mission, a disaster threatens a group of astronauts with near certain death. Who will save them? Well, Tom Hanks is the top man for the job. He's also, apparently, the Topman for the job because this outfit — a vintage NASA bomber jacket and a pair of classic aviators — is precisely what you'd see a mall hipster rocking while they down an Orange Julius in the food court. 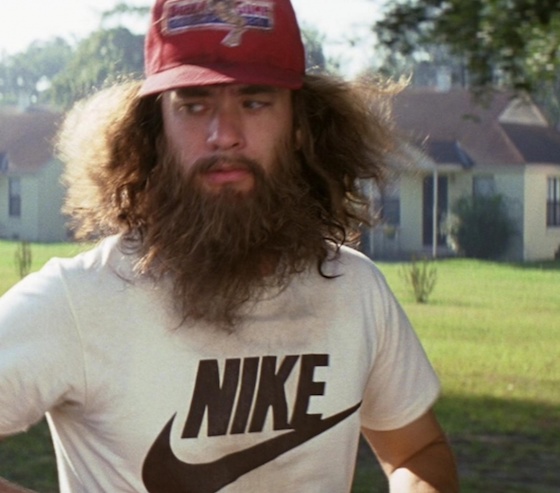 There's no denying Robert Zemeckis' Oscar-winning 1994 drama is Hanks' most popular role, but it also features some of his strongest looks. Forget the loose-fitting pastel suit that he wore on the bench — every other scene is packed with outfits that would make any avid thrift shopper swoon. Take, for example, this iconic shot of a bearded Gump deep into his marathon. That vintage Nike shirt would make someone's day if they discovered it on a Sunday dig, and he's paired it with the beard and Bubba Gump trucker hat to great effect. Honestly, at this point it's hard to tell if this is Forrest Gump or the guy from Grandaddy.