By Vish Khanna
Published Jan 08, 2019
Laughter. Sometimes it occurred over the past 12 months, seemingly despite the state of the world. It was certainly welcomed because of it. Here are ten people and projects that helped us cope in the year 2018.

Months since it aired its final episode, Sacha Baron Cohen's Who Is America? remains one of the most incomprehensibly daring comedic feats in the history of television. Playing an array of odd characters designed to lampoon American perceptions of foreigners and some of its own, Cohen, taking his dangerously awkward ideas to frightening heights, tries to spend time with monsters (i.e., racists, homophobes, pedophiles, Dick Cheney, the world's most famous former Buffalo Bill), ostensibly to understand them, but really to expose them for whatever they really are. It all must be seen to truly understand and appreciate on a visceral level.

Was Hannah Gadsby's standup special really a standup special at all? Since Nanette launched on Netflix this past summer, it became a much-discussed cultural event, bringing the concept of "anti-comedy" to the fore. An Australian comedian, Gadsby performs at the Sydney Opera House, telling funny jokes about the perceptions she's faced as a lesbian in a part of the world which, only in the last 20 years or so, stopped viewing such a distinction as illegal. Gadsby also points out our strange collective history of apologizing for and excusing men and their behaviour, drawing a fascinating parallel between such impulses and expectations around tension and release in comedy. But, in a high-level form of narrative shock, Gadbsy gradually makes the show more and more devastatingly personal, ascribing blame for society's deep-seeded interpersonal ills on the very act of joking itself. She warns us many times that she must quit comedy — perhaps even that we all should quit comedy — but there's no way anyone watching this "special" could anticipate why until the end.


The opening crawl for Solo has leaked. Ugh. I'm sick of Disney pandering to SJWs: pic.twitter.com/BivdNLjFS4

— pixelated no longer too early for a christmas name (@pixelatedboat) May 14, 2018

Australian cartoonist Ben Ward has utilized twitter to create comedy on a whole new level that he occupies alone. Once best-known for launching the 2016 "Milkshake Duck" meme, Ward's @pixelatedboat feed is an unrelenting satire of news of the day. He has a gift for media manipulation, often doctoring social media posts, images and internet sites and ephemera, and ascribing quotes and statements to them with a remarkable, comic effect. Though he's more vicious than benign, Ward is like the "Weird Al" the contemporary web deserves, as he expertly parodies anybody who irks him and in 2018, he came up with some true classics.

— pixelated no longer too early for a christmas name (@pixelatedboat) October 22, 2018

Wow these brands are moving in very different directions pic.twitter.com/NbYHldzOHE

— pixelated no longer too early for a christmas name (@pixelatedboat) October 12, 2018

4. Norm Macdonald Has a Show

While he made unflattering headlines the week ahead of the launch of his new Netflix show, Norm Macdonald is fortunate that the first season of his talk show is inarguably compelling. In line with his old podcast/YouTube simulcast, Norm Macdonald Live, Macdonald and his trusty sidekick Adam Eget booked some truly fascinating guests (Chevy Chase, Jane Fonda and Billy Joe Shaver episodes are particularly insightful because no one much talks to such people these days) and, via Macdonald's own surreal routes, got to some really interesting conversation and funny detours. In the realm of comedy, there is no purer eager student/wise old professor hybrid than Norm Macdonald and that makes him a thoughtfully curious and good-humoured interlocutor.


People died in a fire and he's on the side of the fire https://t.co/w78sGqak6O

Few people make comedic art on twitter look as effortless as Jess Dweck. A comedy writer for TV whose credits include Jimmy Fallon's Tonight Show and The Break with Michelle Wolf, Dweck gets to the heart of topical news or homes in on the inherent absurdity of certain people's tweets (often they're Republicans or the U.S. President) in record time. Dweck is so proficient at such things, it's rather breathtaking and even hard to explain what makes her so fun to follow. But follow her, you should. 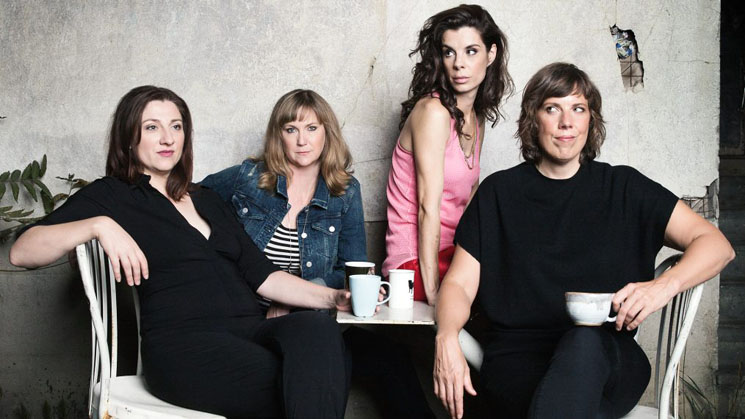 What does the future hold for your children? pic.twitter.com/VQXJswcngn

Though they have the platform to reach Canadians who keep tabs on CBC, there's still something quietly subversive about what Baroness Von Sketch Show has gotten up to over the last year. The performance chops of these four women have never been questionable and they're only getting stronger and stronger the more they work together. The concepts too, by the troupe and their skilled writers, have always been smart, often over-the-top takes on every day situations. But there's been a necessarily sharper, harsher tone to some of their latest work, as if their initial success, and the current climate of outspokenness coupled with the realization that life on Earth feels more finite than ever before, has given them free reign to really have some fun and see how dark they can go. It's been astounding to see what they've come up with.

One of the things you might feel watching the first remarkable season of Barry is tremendous joy for Bill Hader. The former Saturday Night Live star has proven himself to be a dynamic actor on film before, but his work in Barry, as the titular ace hitman whose demons desperately want him to go straight and become something like, an actor maybe, seals his reputation as an all-time great. Sure, it's maybe a little reverse Breaking Bad in following a dangerous guy who really, really doesn't want to be the one who knocks, but Barry, with key supporting characters played by Stephen Root and Henry Winkler (whose role earned him his first-ever Emmy this year) and guidance from Hader, Seinfeld/Curb Your Enthusiasm scribe Alec Berg, and writers like comedian Emily Heller, is truly fucking funny. Every scene is filled with quick jokes and the characters and scenarios are darkly hilarious. It's quite a comedic feat to be so heavy and so joy-laden at once but the first season of Barry pulls it off.

It's been a few years since Serial launched but someone, somewhere will still tell you how the cold case show altered podcasting forever. Indeed, when it seemed like the platform might only serve blowhard comedians looking for a second career or enthusiasts looking to talk about specialty, nerd things, "true crime" has emerged as the podcast field most crowded by contributors. Vancouver comedian Dave Shumka co-hosts the popular comedy interview show Stop Podcasting Yourself and he and cronies from This Is That decided that true crime podcasts were ripe for parody. The result is This Sounds Serious, a mocking serialized show about the twin Brondstadt brothers, one of whom died under suspicious and very public circumstances. Shumka and his crew nail every nuance of this genre and its produced, sonic tells, and it got so real, some people in this new land of make-believe we all live in every day, honestly thought this ridiculous story was true.

Simon Rich is an American humourist who has accomplished a lot in his 34 years (stints writing for Saturday Night Live, The Simpsons, and Pixar, plus a slew of books), and his confidence springs up from every page of his latest hilarious, and perhaps even instructive, short story collection, Hits & Misses. It's primarily a disconnected collection of absurd stories that either revise history or reveal some sense of autobiographical experience or behavioural observation but it's also very much a meditation on celebrity and our unhealthy obsession with external perceptions of self. A little bit The Far Side and Monty Python while also possessing a comedy rhythm close to songwriters like Stephin Merritt and Ray Davies, Simon Rich cuts through pathos with a sharp, shiny blade. His tales of love and upward mobility and existential angst contain empathy but also nudge us to think more clearly about how we interact with a world sinking in narcissistic celebrity worship. 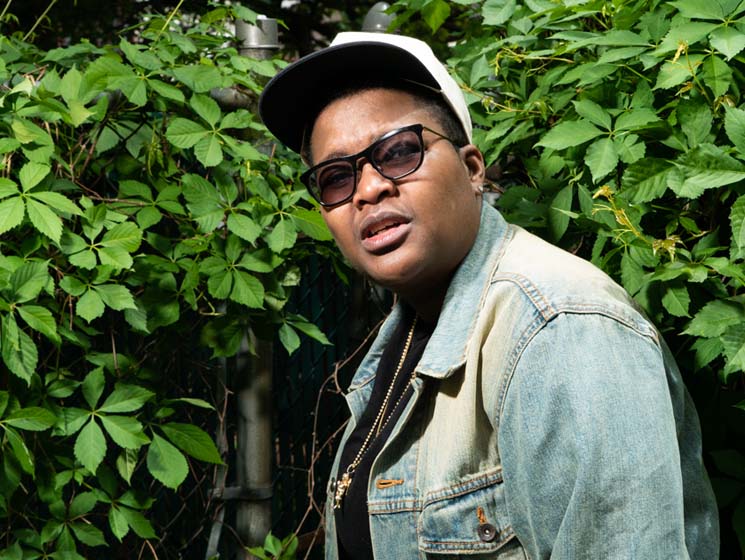 Sam Jay is a writer on Saturday Night Live, but the rising comedian has made a name for herself by telling frank stories about her life as a young, black, queer woman who has struggled, but perseveres. Her strength of character is evident in her uncompromising live show and all over her 2018 standup album, Donna's Daughter. As music has always been a central part of her life, she didn't abandon it completely; Donna's Daughter was produced by Coach Tea and contains sporadic beats and "skit-like" interludes, mostly derived from secretly recorded conversations and field recordings, that make it sound as much like a hip-hop mixtape as it does a standup record. Even in a sparsely confessional realm like standup, Sam Jay's Donna's Daughter feels pointedly raw and direct and she is a voice on the rise.