"It inspires us when folks who watched us live tell us that kulintang music is magical," reflects Michelle Cruz "that it draws a listener to feel an innate connection, an invisible force — that there is this vibration from the gongs that you can't resist."

Pantayo's self-titled debut album highlights their self-described "lo-fi R&B gong punk." Tracks like the synth-pop chants of "V V V (They Lie)" and the propulsive, 16th-note chimes of "Heto Na" filter kulintang music through the group's "influences as queer diasporic women who grew up mostly with pop music wired to each heartbeat," according to Katrina Estacio.

From their droning, danceable live shows to their "KuliVersity" workshops in schools, Pantayo's music comes alive through the communion between the five members and their audiences. But even though the coronavirus lockdown means that Pantayo currently can't perform live, Kat Estacio hopes that the group's new album "makes people feel alive. That they are able to feel connected to their own selves, to each other, and to the Earth and the environment around them during this transformational time." (Full disclosure: Kat Estacio works with Exclaim! in layout production.)

We caught up with the band's five members during lockdown. They shared photos of the spaces where they've been self-isolating, and offered an update on what they've been up to during this downtime. 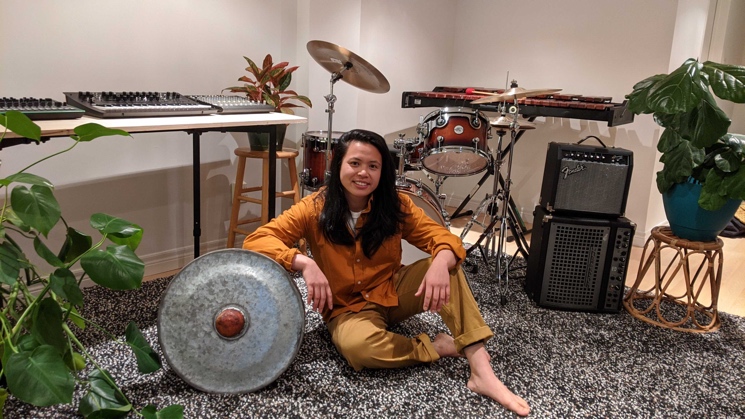 I have the privilege of hosting Pantayo's rehearsal studio in my home. I usually practice music when I'm done work or in between work tasks. Especially during those moments when I miss my bandmates, I workshop ideas for new Pantayo material by programming beats and playing the kulintang instruments. (Photo by Heidi Cho) 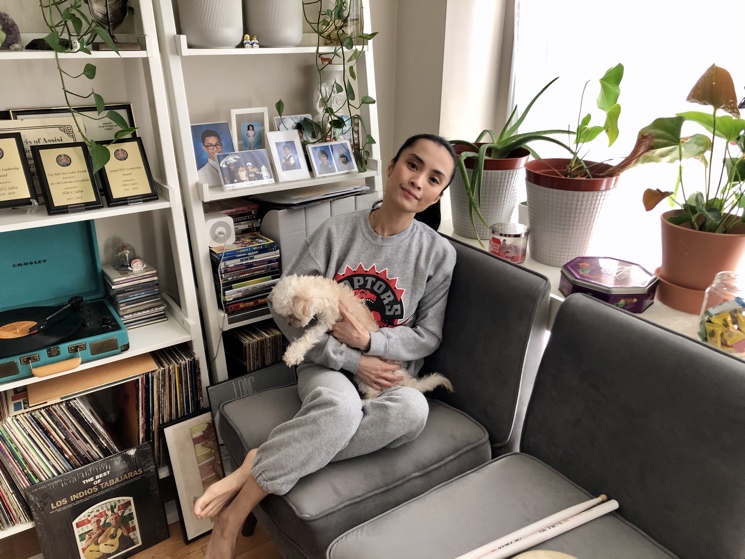 This photo was taken in our living area (which has now been claimed by a teenager) with our pup, Tenzo. I've been spending time at home with family during lockdown. Some things I've been up to are writing new music, taking online courses and maintaining TF out of our home. And when I'm not doing those things, I lay in bed all day, which is totally okay! (Photo by Calen Cruz Salvo) 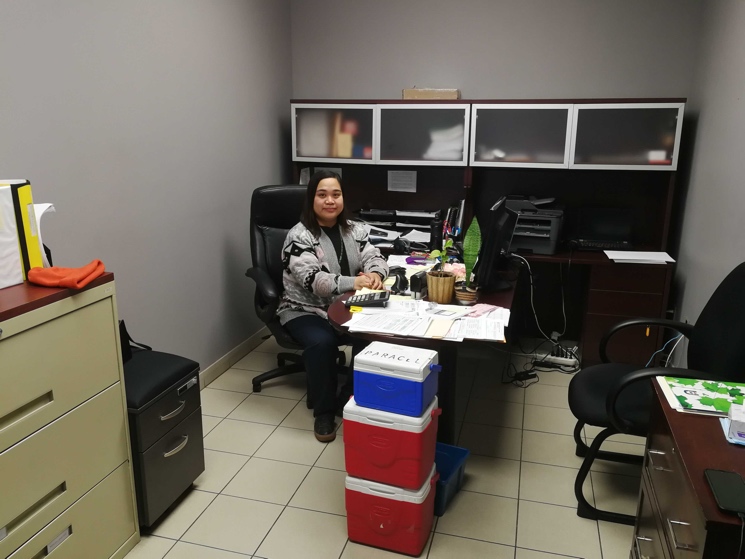 Physical Distancing as an essential worker means work still needs to get done at work. 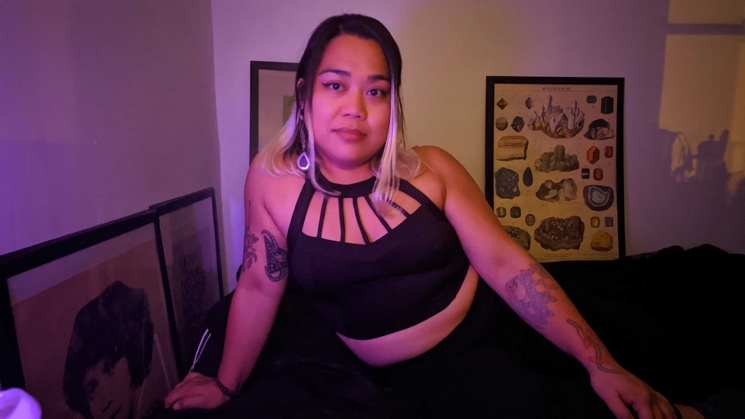 Some self-isolation days feel like I'm unable to separate my back from the mattress, so I haven't been able to make music or practice on the gongs or be "productive." But there are good days too; I tidy up and energetically cleanse my room so I can realign. Self-care is being able to rest with intention, or dress up and dance at Club Hunhouse. I've come to treat my bedroom as a sacred space to reconnect with myself — something I wasn't able to do when I was living in the suburbs before the quarantine happened. I am in my childhood home in scarborough with family. I feel like the suburbs is a perfect place for self-isolation. Ive been working from home, livestreaming, watching basketball replays and FaceTiming with my partner a bunch, doing silly guitar "riff-offs." Most of all enjoying walks with my newly adopted dog, Bao.

Find out what other Canadian musicians have been up to under self-quarantine with our Isolation Nation feature.