By Sarah Murphy
Published May 13, 2019
The "Drake Curse" has struck again, but this time, the Toronto rapper has used his hilariously terrible luck to his home team's advantage. Yes, Drake actually wore Philadelphia 76ers gear last night (May 12) in an attempt to make sure they fell to the Toronto Raptors — and it worked.

Drake was not courtside at the game, but he was definitely watching and rooting for his beloved Raps. And since his previous efforts to show support for football and hockey teams led to losses for those teams, Drizzy opted to rock a pair of 76ers basketball shorts.

It was unclear if his trick was working for much of the close back-and-forth game, but in the last seconds of the fourth quarter, Kawhi Leonard's miraculous shot bounced around the rim a few (million, it seemed like) times, before finally falling in and giving the Raps the win.

Drake immediately revealed his role in the victory via his Instagram stories, showing off his choice of shorts. He's since posted a message of congratulations to the Raptors, as well as rubbing the loss in Philly fans' faces (specifically, Meek Mill and Kevin Hart's).

See his posts below.

The Raptors will now face off against the Milwaukee Bucks in the Eastern Conference Finals. The best-of-seven series begins on Wednesday (May 15). 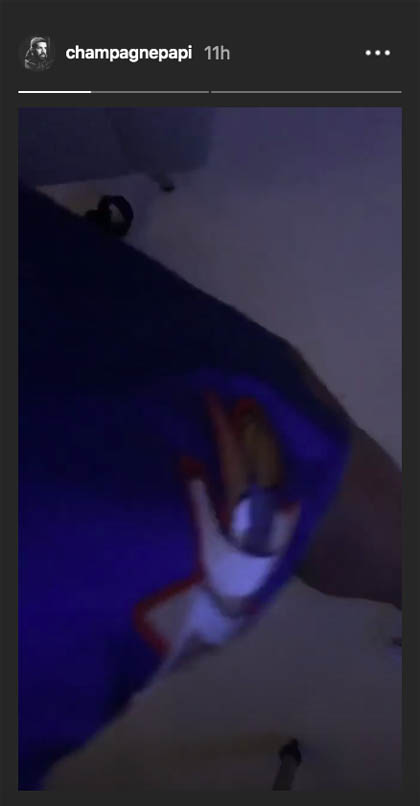 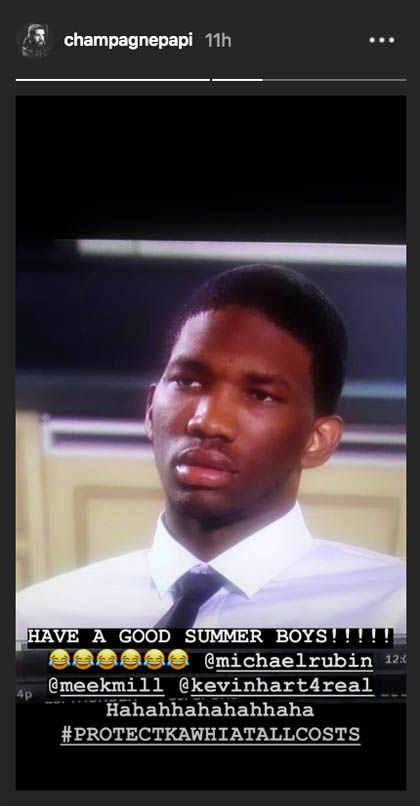