Tegan Quin Explains How Her Dog Georgia Has "Imploded" Her Life

"It took having one of my own to really 'get' dogs. And I still really only like my dog."

By Alex Hudson
Published May 06, 2021
Tegan Quin is a self-proclaimed "clean freak," but the singer-songwriter, who makes up one half of Tegan and Sara, has had her routines disrupted in a major way by her pandemic pup Georgia. A cross between a border collie and a German Shepard — which are widely regarded as two of the smartest dog breeds — Georgia requires lots of attention and is happiest when working hard. (This writer has owned a border collie and can confirm that it's very difficult to keep them occupied.)

Having made it through an adjustment period, Georgia is now a part of the family — even though she is slowing down progress on the next Tegan and Sara album, which Quin says is underway.

For our new animal-focused feature series, Pet Sounds, Exclaim! caught up with Quin to talk about her power struggles with Georgia, how she still isn't a "dog person," and the timeline for the next Tegan and Sara album (as well as their upcoming memoir, TV show and graphic novels).

Tell us about Georgia!

Georgia is a German Shepard/border collie mix. We got her when she was not quite three months old. She is very energetic and bright. I know everyone says that about their dog, but the mix of dog breeds in her means she is happiest when "working" and takes to commands and "jobs" with great enthusiasm. Her favourite games are "wait" and "search." "Wait" is when we place her toys everywhere around her and she has to sit and wait for us to tell her which one we want her to get. As soon as we tell her "yes," she runs to the toy and then carries it around the house proudly then returns it to us and goes back to her "place" to wait for us to do it again. It's heartbreakingly cute and definitely cutting into my "writing a new Tegan and Sara record" time.
"Search" is her other favourite game. And it's basically "wait" but we hide her toys.

According to our dog trainer, she likes me more, but according to her other mom — my partner of nearly six years — that's because I let her get away with everything and I don't ever tell her no. 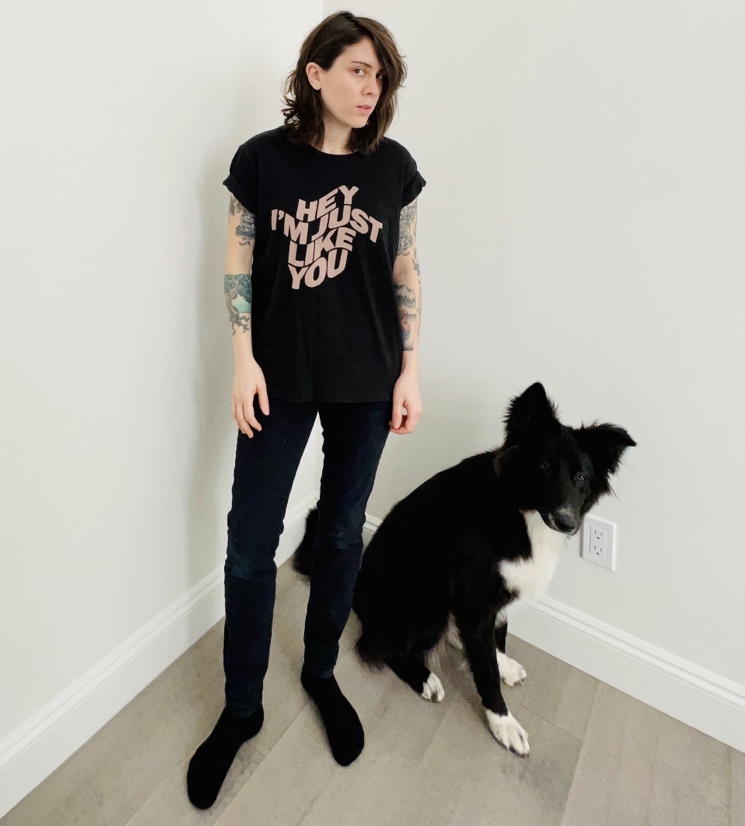 How did you pick her name?

Part of our family lives in Georgia, so it's an homage to them. We also loved that her name could be shortened to Georgie, or George, depending on her personality and our mood. So we refer to her as Georgia, Georgie and George. 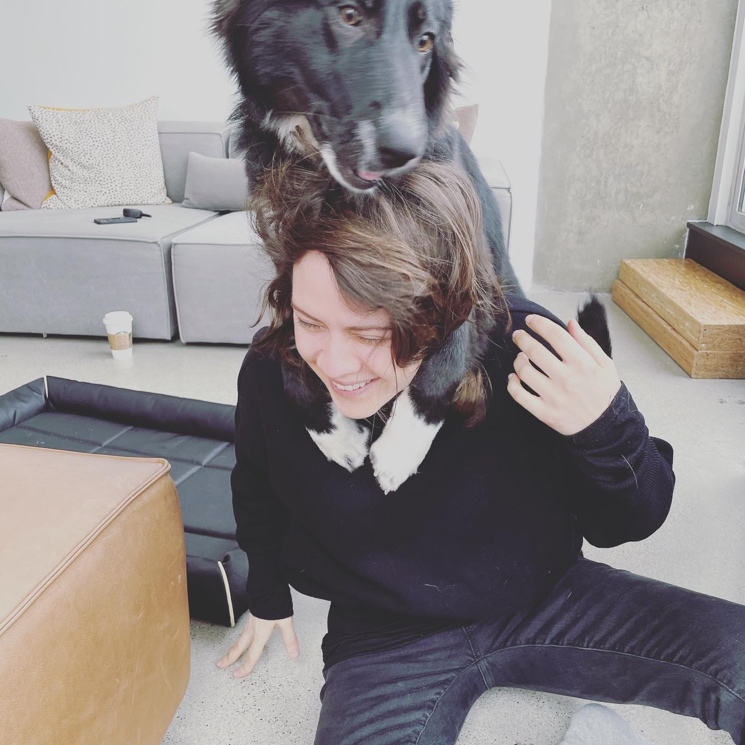 How has Georgia been settling in?

Georgia is a really, really well-behaved dog for the most part. We got a trainer straight away when we adopted her and have followed our training pretty passionately. She is definitely a herder, so some of the struggles have been around her leash/collar and her pulling and tugging and not listening and dragging us to what she wants (she weighs 60 pounds). She also showed a proclivity to chase cars when we first got her, which was scary. But she is doing so much better now.

She also is a teenager right now, so she really chooses when she listens and doesn't and that can be frustrating. Georgia also went through a three-month phase where she got scared of everything, even things she wasn't scared of as a puppy. Carts, men, other dogs, skateboards, people pushing bikes, garbage cans. Then it escalated to our apartment where she basically just barked and growled at our front door constantly. She barked in the elevator at people and when we saw our neighbours in the hall.

She's not aggressive, but she's very excitable. She needs — like, needs — to say hi to everyone, and our trainer said not to let her, so it's been a power struggle to learn to control her and teach her to be patient, hence games like "wait," and learn some impulse control.

I think I struggled with this most because I had never had a dog before, and when a dog would bark at me it would either scare me or annoy me, and I hated that we had a dog that barked at people. But she has pretty much stopped barking at everyone and everything — still hates people pushing bikes — and so it's getting better. She's a real sweetheart and will roll onto her back and let you rub her belly and isn't a jumper, so people seem to enjoy saying hi to her.

Ultimately, my partner Sofia and I talked for two years about getting a dog, we did so much research and were well prepared (or so we thought), and it was still so destabilizing to bring a new creature into our life. My partner and I are clean freaks, and love schedules and organization and our independence. We are very focused people who can sit for eight hours straight working on something. And having a puppy basically implodes all of those things. So the hardest part has just been letting go of the life we had before and coming up with a new way of living that accommodates our fur friend Georgia. And I'm so glad we are. Georgia has added so much to our life. We are outside constantly and so much more active. She races to our room to lick me when Sofia lets her out of the crate in the morning, and she is the company I never knew I needed. 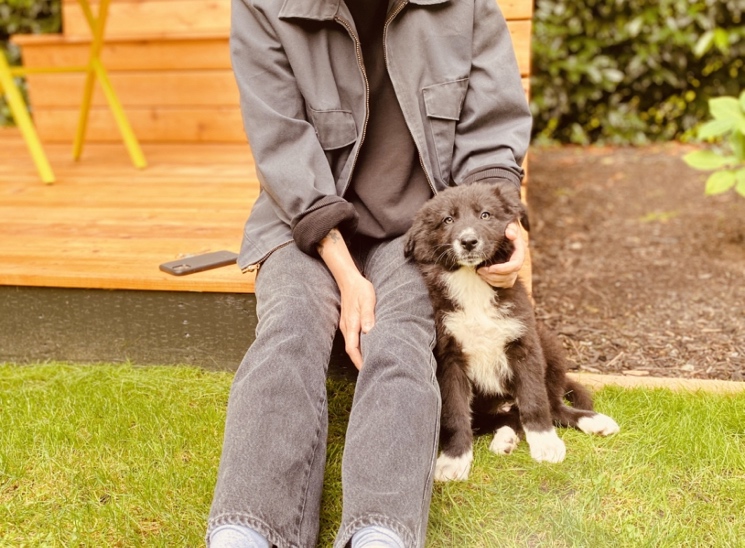 Sara posts some amazingly cute cat photos. Did you grow up with pets?

We grew up with cats! We had three! I love animals, although I never had ever had a dog, I did date multiple people with dogs in my adult life and had wondered if I could be converted to be a dog person. I had always disqualified myself from having an animal because I traveled so much and many of my partners have also been big travellers. When COVID hit, my partner and I had just moved back to Vancouver full-time, and she really pushed to finally take the leap and get a dog. We had been discussing what kind of dog, what size of dog and who would do what for years. Everyone had the same idea we did, so getting a rescue was nearly impossible. We applied for so many dogs and the two responses we got were flat out "no, you've never had a dog before." We had nearly given up when someone offered us the runt of a litter of puppies out in Mission. We drove out and saw her through a fence and knew she would be perfect for us. I think dogs are kind of like kids. And so, it took having one of my own to really "get" dogs. And I still really only like my dog. Ha! 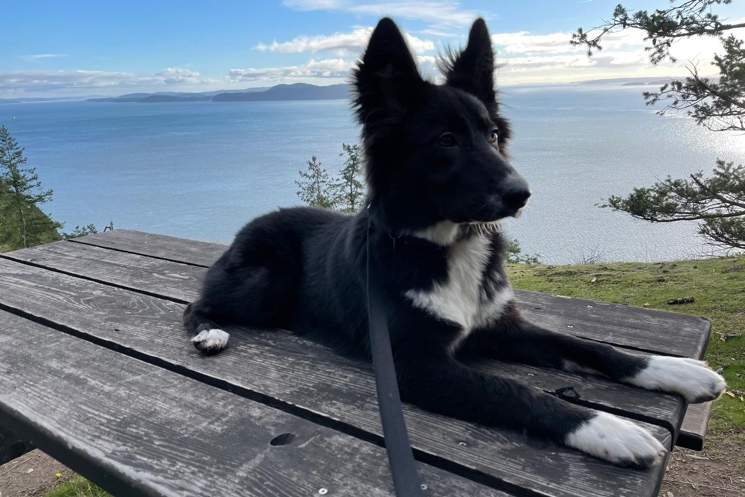 What are Tegan and Sara working on?

Sara and I are writing new songs. It's been really exciting. We haven't released a record of new songs since Love You to Death in 2015. We'd love to make a new record at some point this year or early next, and are going to release some new music this year! Fingers crossed.

We've been busy collaborating with other artists, too — Beach Bunny, Pom Pom Squad — and have some more collaborations coming out later this year that I can't tell you about just yet.

We are developing a TV show based on our memoir High School for Amazon/IMDb. We finished the scripts for two YA graphic novels this year that are being drawn by Tillie Walden and will be out next year. They are fiction but are based loosely on a younger Tegan and Sara, starting a band and coming out way earlier than we actually did. This year, we are mainly focused on music but we are also writing another memoir about being twins for FSG, the publisher of High School. Basically, we're busy AF! 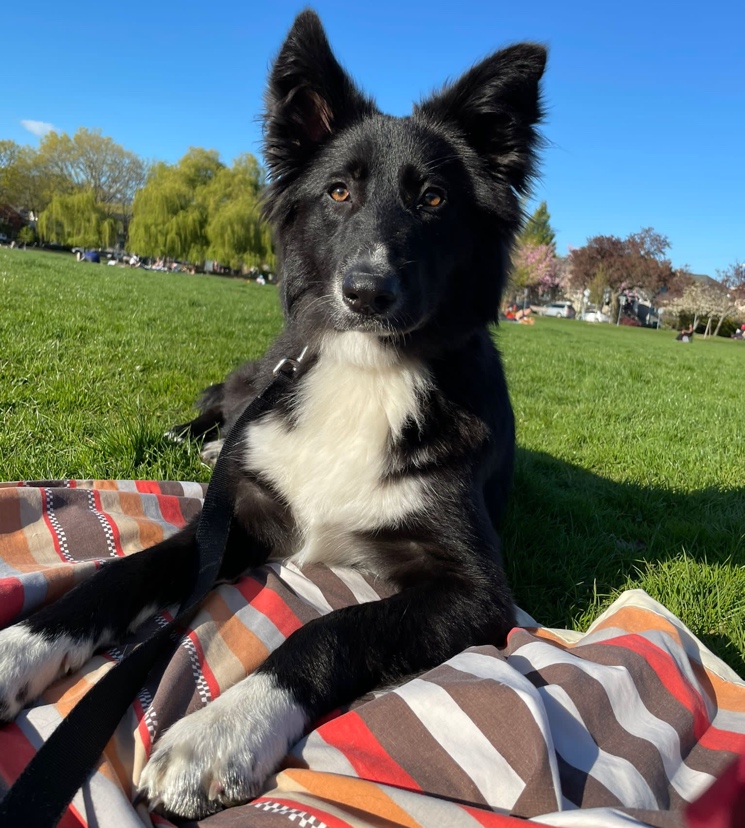 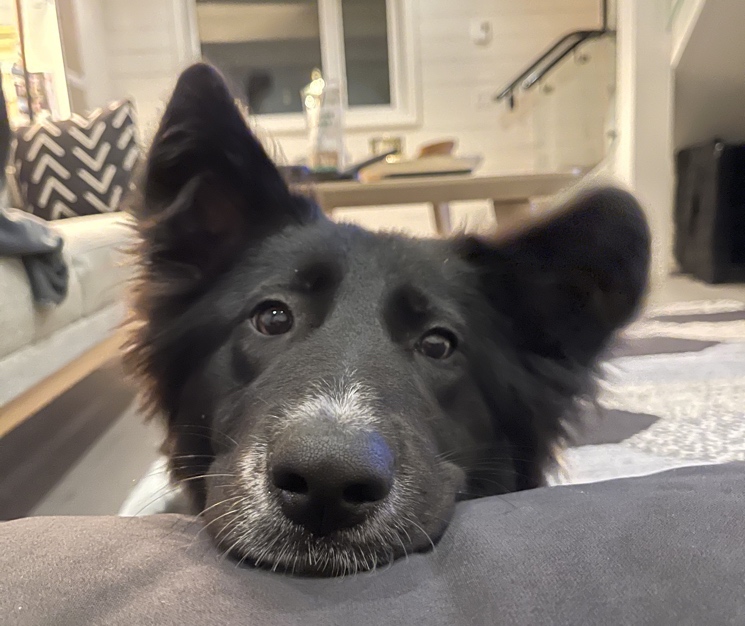