The lineup also includes members of Jane's Addiction, Queens of the Stone Age, the Darkness, the Pretenders and more

The other high-profile guests scheduled to make appearances in Hawkins' honour are: Chris Chaney (of Jane's Addiction and Taylor Hawkins and the Coattail Riders), Omar Hakim, Josh Homme (of Queens of the Stone Age), Chrissie Hynde (of the Pretenders), Mark Ronson, Supergrass, Rufus Taylor (of the Darkness), Wolfgang Van Halen and Hawkins' cover band Chevy Metal, as well as a "special appearance" by Dave Chappelle.

According to the band's Facebook post, more names will soon be announced. This concert, as well as the September 27 event at the Kia Forum in Los Angeles, will benefit to-be-announced charities chosen by the Hawkins family.

Tickets for the Taylor Hawkins Tribute Concert in London go on sale this Friday (June 17) at 9 a.m. local time.

See the tribute concert poster below. 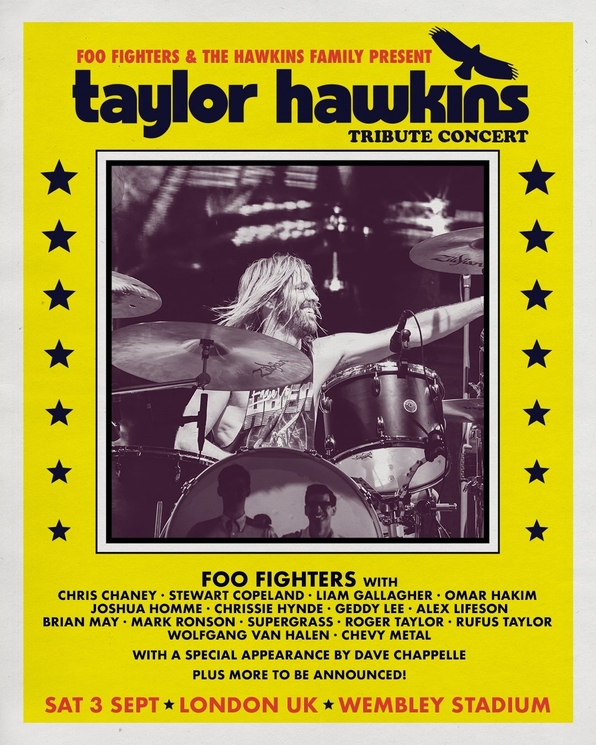