By Megan LaPierre
Published Feb 08, 2022
Prolific singer-songwriter Rufus Wainwright has mapped out a 2022 North American tour that will take him to the West Coast of the US and across his homeland of Canada.

Kicking off in Regina on April 13, the Unfollow the Rules Tour will go on to hit Calgary, Winnipeg, Vancouver, Toronto, Ottawa, Quebec City and Montreal before the end of May.

The trek comes in support of Wainwright's Grammy and Juno-nominated 2020 album Unfollow the Rules, which was his first new pop album since 2012. For the first three dates, he'll perform solo before being joined by a backing band consisting of Brian Green, Jacob Mann and Alan Hampton.

"I am excited to tour North America and in particular my home country of Canada with Unfollow the Rules," the artist said in a statement, adding that he considers the LP as his first "fully mature" album and a bookend to the beginning of his career.

He added: "For me with every concert that is happening, mine or others, we are returning a bit more towards our normal lives. Experiencing music together gives me hope and confidence that we will rise above the isolating and heartbreaking experience of the past two years collectively."

See the tour poster and the full list of dates below. 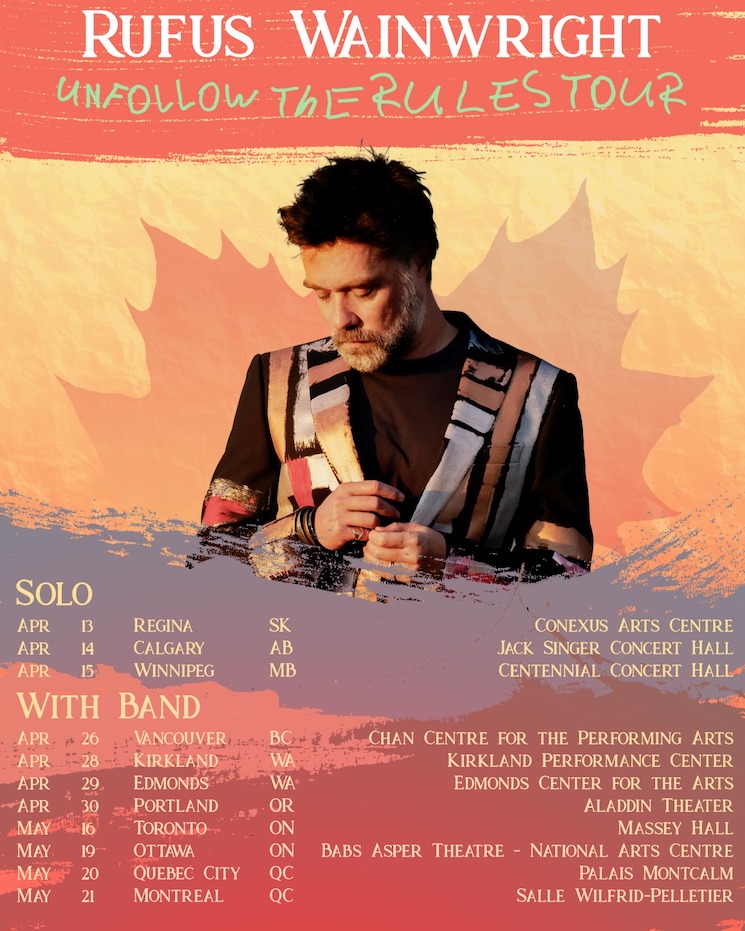