By Megan LaPierre
Published Dec 17, 2021
Back by popular demand for its 12th year, Rossland, BC's eclectic Blizzard Music Festival is bringing some of the nation's top talent to the alpine city in 2022.

Running from January 26 to 30 to coincide with Rossland's Winter Carnival, the lineup includes performances from DJ Shub, Choke, the Bros. Landreth, TOPS, the Pack A.D., Apollo Suns, Belvedere and more.

"Blizzard Music Festival's goal is to be as inclusive as possible," coordinator Daniel D'Amour said in a statement. "We're not catering solely to rock or punk – though we do have Calgary's Belvedere and Edmonton's Choke on deck. Festival-goers can expect an eclectic lineup featuring everything from folk/Americana to punk and pop: the mandate is to provide a variety of all music stylings, with an emphasis on curating Canadian content. There's something for everyone to enjoy."

The five days of live music will take place across a handful of local venues, including Rossland's historic Miner's Union Hall and Trail, BC's Charles Bailey Theatre, which will have just completed its renovations.

Tickets for the individual shows are on sale now, ranging from $15 to $35 each. While the current provincial public health order requires patrons of indoor events to remain seated, D'Amour says more tickets will be released upon any changes in legislation.

Check out the event poster below, along with the full lineup details. 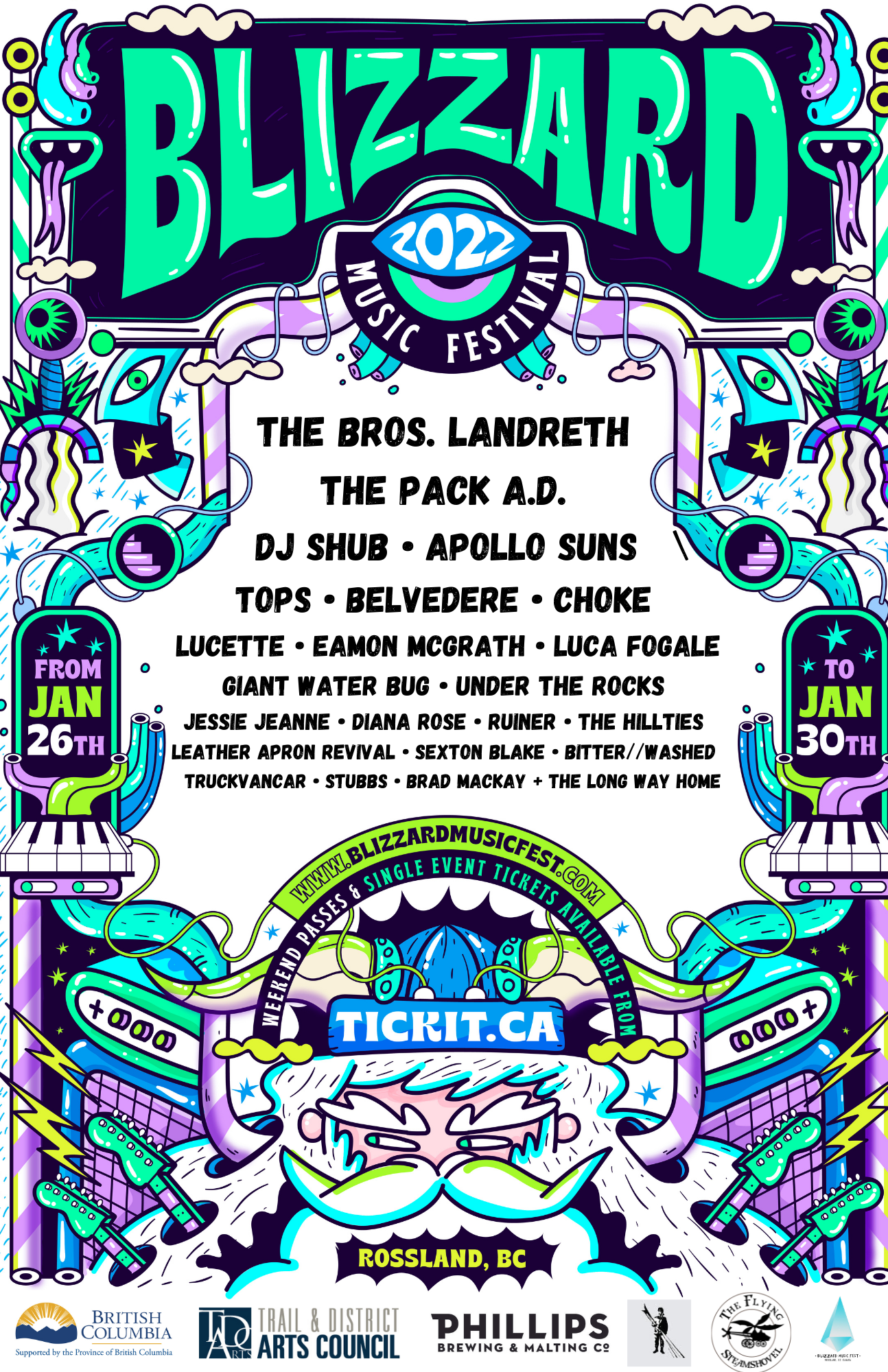