By Gregory Adams
Published Feb 24, 2015
Kim Gordon's Girl in a Band memoir arrived today (February 24) with a few less choice words than we'd originally learned. Notably, a pointed suggestion for pop singer Lana Del Rey to "off herself" has been omitted from the official release.

As previously reported, a passage found in a press copy of the autobiography saw Gordon quite critical of Del Rey, writing that the Born to Die singer doesn't understand feminism. She also critiqued Del Rey's self-destructive "persona."

As Gordon had put it:

Today we have someone like Lana Del Rey, who doesn't even know what feminism is, who believes women can do whatever they want, which, in her world, tilts toward self-destruction, whether it's sleeping with gross old men or getting gang raped by bikers. Equal pay and equal rights would be nice. Naturally, it's just a persona. If she really truly believes it's beautiful when young musicians go out on a hot flame of drugs and depression, why doesn't she just off herself?

Pitchfork now reports that the book went through a few edits, with this specific selection from the tome being toned down a bit.

The "gang-raped" quip has been altered to instead label Del Rey a "transient biker queen," while the suicide suggestion has also been scrubbed from the retail edition of Girl in a Band. The passage now reads: "Does she really truly believes it's beautiful when young musicians go out on a hot flame of drugs and depression, or is it just her persona?" 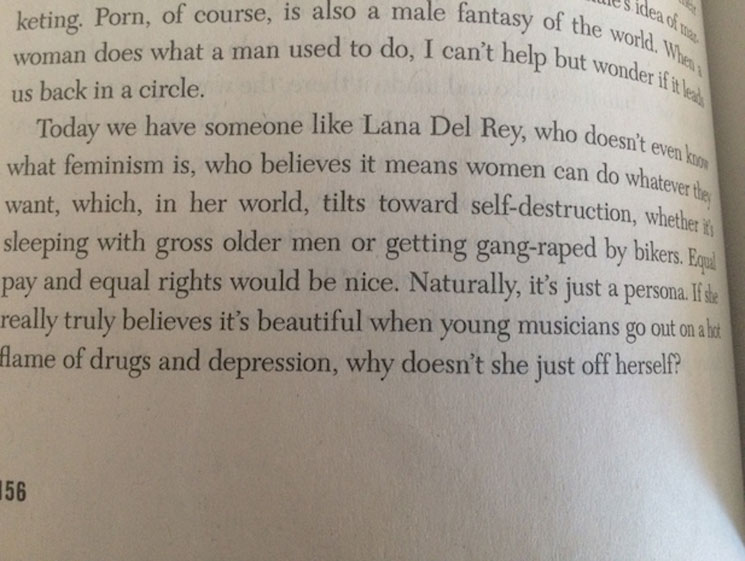 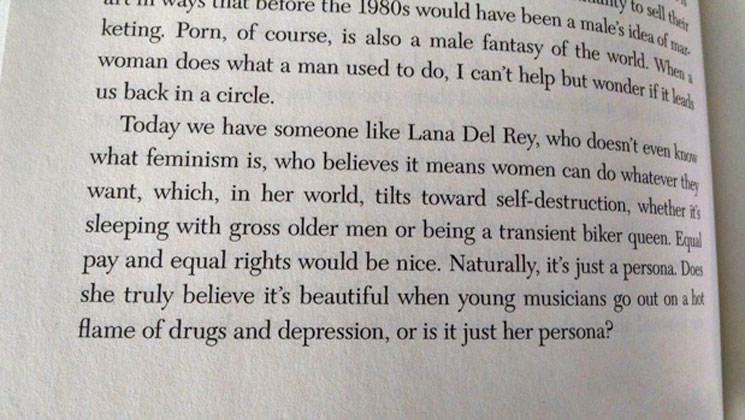