Kanye West's 'DONDA' Appears to Have Yet Another Release Date

By Alex Hudson
Published Aug 06, 2021
DONDA's promised release date is upon us and, as of this writing, it appears that Kanye West has missed another deadline. Judging by the pre-order that has popped up on iTunes, it seems that DONDA may have yet another release date: August 9.

The preorder consists of a whopping 24 tracks. There aren't any song titles yet, and the album cover is just a black box. The listing says, "Expected Aug. 09, 2021."

UPDATE (8/8, 5:45 p.m. ET): Apple Music now lists DONDA's release date as August 15. At this point, it's impossible to know exactly when the album will drop. 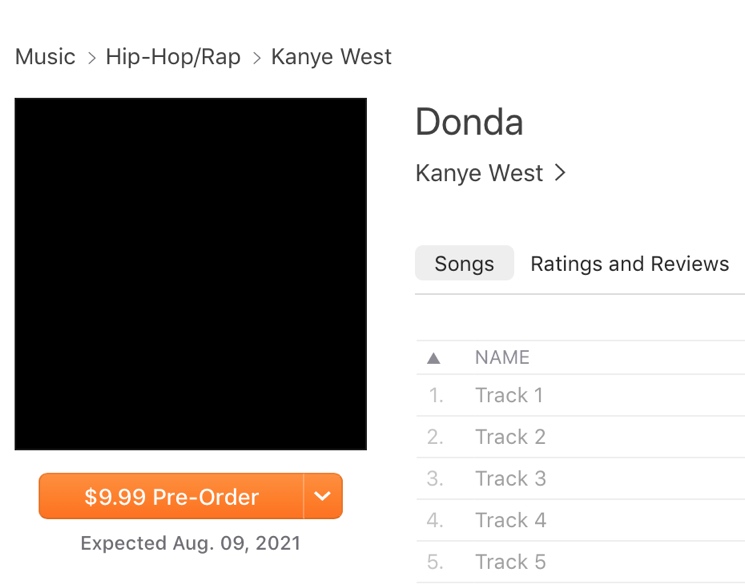 Last night (August 5), Kanye livestreamed another listening party from Atlanta's Mercedes-Benz Stadium. The version he played during the event was significantly altered from the one he premiered two weeks ago. This one featured the teased collaboration with the Weeknd (a.k.a. "ABEL WEEKEND") along with a host of other guests (including, as before, Kanye's Watch the Throne buddy Jay-Z).

DONDA was originally due out last summer. Kanye then confirmed a July 23 release date and, when he missed that deadline, promised an August 6 release. It remains to be seen whether he hits his next projected date.