By Calum Slingerland
Published Jul 12, 2019
Despite his pop icon status, Justin Bieber's ties to heavier music have been well-documented. Now, Bieber has outed himself as a Tool fan after wondering if his fans love the music Maynard James Keenan and co. the same way he does.

On his Instagram story (archived below), Bieber quoted a passage of Tool song "The Pot," taken from their 2006 album 10,000 Days. He followed by writing, "If you know what the song is to the lyrics I posted write them down...don't look it up please I'm curious if any of you know it." 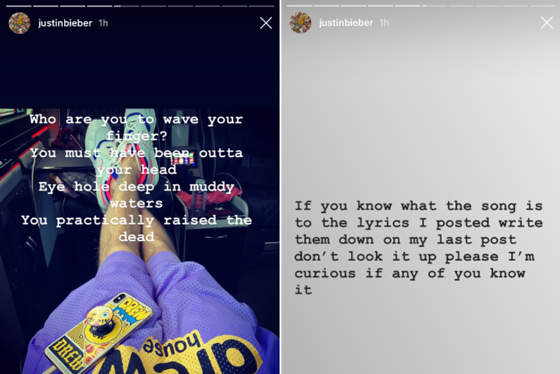 Of course, news of Bieber's fandom soon spread across the internet, and even made it back to vocalist Keenan. His reaction to the news? "#bummer."

Like his fellow Tool fans, Bieber is undoubtedly waiting on the arrival of Tool's new studio album, which is set to be released August 30. It will mark the first full-length effort from the band since the aforementioned 10,000 Days.