By Josiah Hughes
Published Nov 27, 2017
A whole lot of music happened in 2017 and with it, of course, were a whole lot of album covers ranging from the overly elaborate (ahem, Father John Misty) to the barely trying (ahem, JAY-Z).

But we're not here to dissect pretentiousness or mediocrity; instead, we've done a deep dig to unearth the very worst visuals this year's albums had to offer. From boring babies to bestiality, these abysmal sights cannot be unseen.

Read on for the 20 worst album covers of the year, and stay tuned tomorrow for Exclaim!'s Best Albums of 2017 lists, by genre. 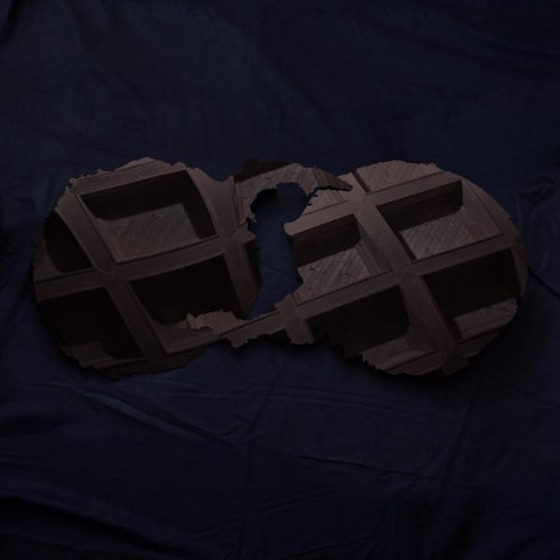 When you want people to know you're complex and artsy — and also that you have a wicked hankering for some waffles.


19. Slim Jesus
The Most Hated 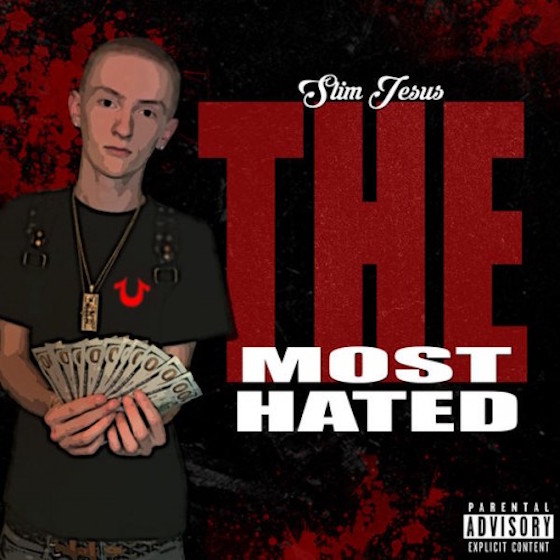 Look, Mr. Jesus, we get that you're trying to show just how hated you are but you could've communicated that a lot more clearly if you emphasized literally any other word of the title other than "the." Also, why did you hold up the money so that it looks like a bunch of zero-dollar bills? The Indigo Girls frontwoman helps us imagine what it would be like if Converge's Jacob Bannon made album art for middling folk rockers. NPR says the album contains hints of R&B, but does it also have the classic metalcore breakdowns promised by this cover art?


17. Conway the Machine
Reject on Steroids 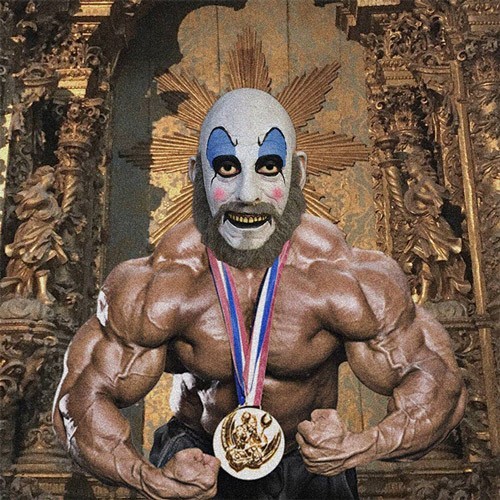 The hardest part about this collage is that the buff clown man looks so proud of himself. Like, we don't even want to make fun of him, because he's clearly basking in the glory of his accomplishment. So we just have to let him exist, bulging bronze muscles and all. 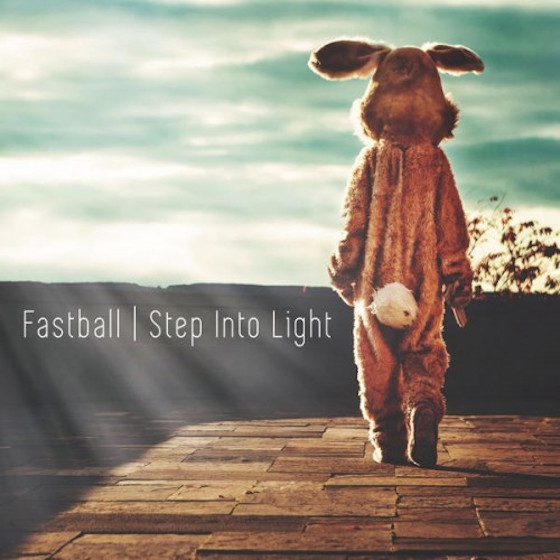 Cornball alt-rockers Fastball have attempted to find the way back into American pop culture, but their latest album looks like one of those unauthorized downtempo mixes you stumble upon in the deepest recesses of Apple Music. 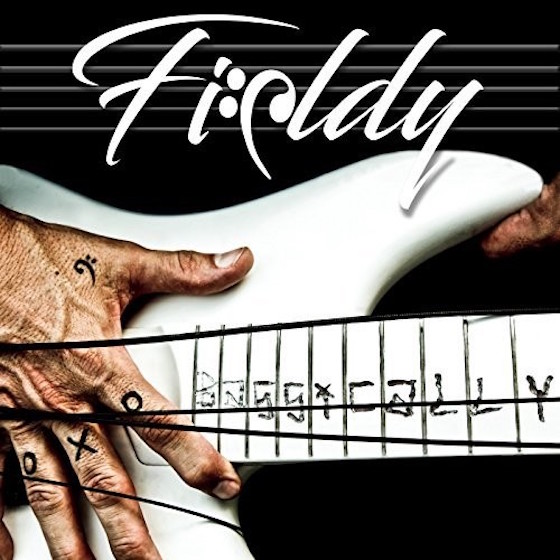 The album's got songs like "Bass Invaders" and "I Wuv Bass Man," but string slappa Fieldy had a field day with his album cover, too. Bassically sees him stylize his name with a bass clef while spelling out its pun-heavy title on the fret board. Then someone drew a bunch of black lines to look like bass strings all over the damn thing. We never thought we'd say this to a member of Korn, but Fieldy — you've got to tone it down a bit.


14. The Grascals
Before Breakfast We're not gonna judge this bluegrass band for looking like a bunch of real estate agents — that's their prerogative. Nor will we judge them for having a garish traffic light in their kitchen. We will, however, judge them for calling their album Before Breakfast, then pairing it with an album cover that sees them sitting around the breakfast table enjoying some coffee. Coffee is part of breakfast! Hell, for some of us coffee is our entire breakfast. The Grascals are rascals. 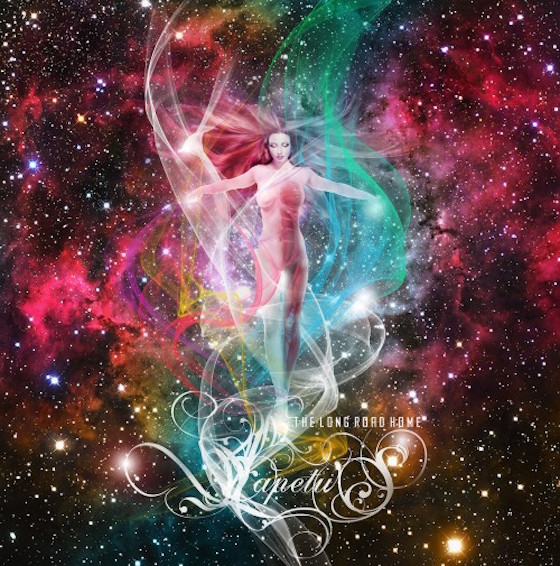 If you get too high and watch a Fruitopia commercial, this multicolour space goddess appears and answers all of your deepest existential questions. (Basically, she tells you you're a dweeb for liking spaced-out prog metal.) 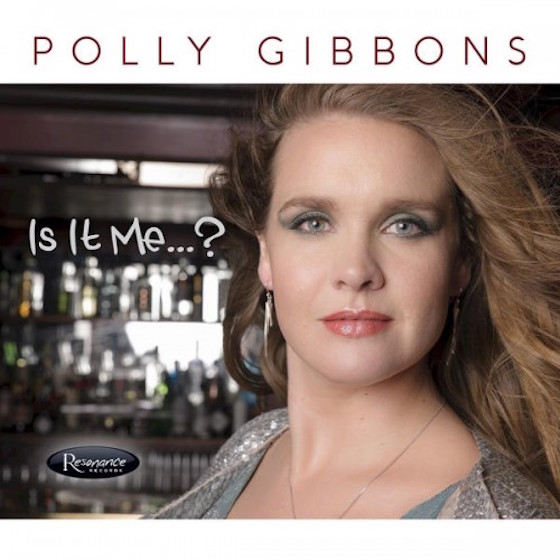 On her seventh studio album, Juana Molina finally answers the question, "What if a complex Argentinian folk pop release were ruined with imagery that looks like it's from a rejected Mighty Boosh bit?" 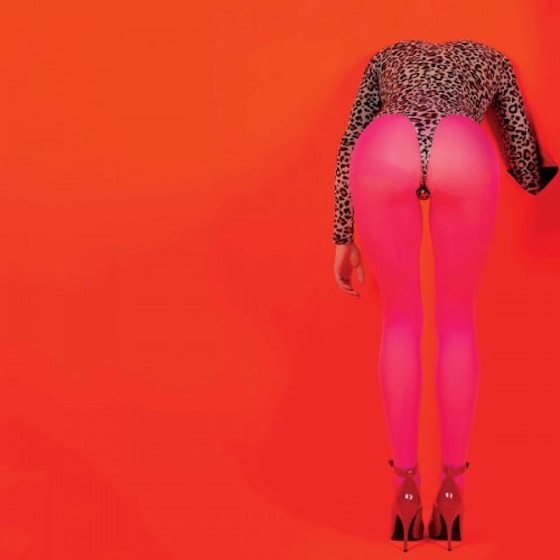 Annie Clark's latest provides commentary on the male gaze and the commodification of sexuality in showbiz, but with this many clashing hues, it just feels like we're getting mooned by Fran Drescher. 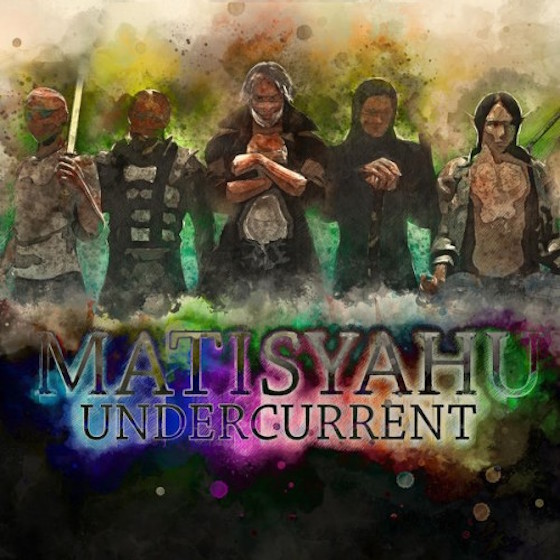 Matisyahu is known to mash up genres and styles, and the artwork on his latest release evokes everything from LAN parties and meth labs to half-empty raves in rural BC. It's impressively niche. 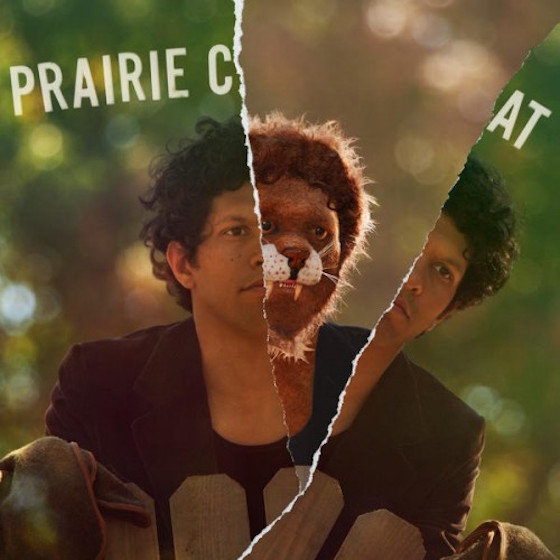 If you're a dude named Cary Pratt, calling your musical project "Prairie Cat" is a nice little bit of subtle wordplay. Calling your album Prairie Cat Is Cary Pratt deflates the fun a little, stealing the opportunity for listeners to figure it out on their own. To really ruin the entire thing, however, this guy put an Animorphs-style photo edit of himself on the cover, hammering the joke to pieces. 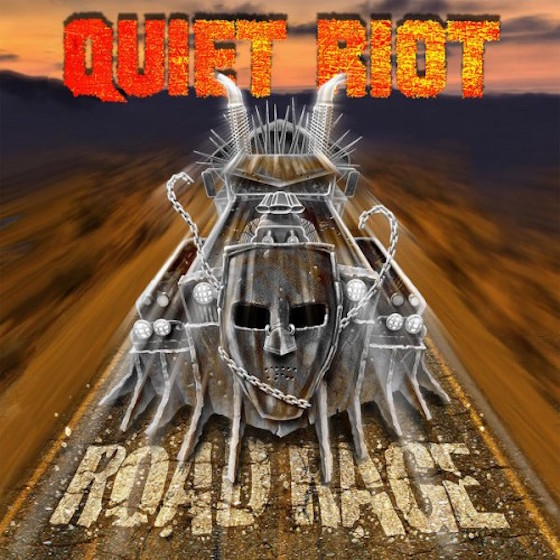 No one expects subtlety from Quiet Riot, but the art for their Road Rage LP is garish in all the wrong ways. The text is an eyesore, while the beastly car looks like an 11-year-old dreamt it up. The final result is an image that's part Mad Max and part man-cave. The Darkness have been cosplaying '70s rock bands for nearly two decades now, and their latest album continues the trend. Here, they've perfectly depicted the look and feel of a classic rock band's fifth album — which is delivered straight to the discount bin. We've never wanted someone to pick up their guitar and play it less. Keep your tusk to yourself, Wally. From its use of the Affliction font to its corny "fake news"-baiting text, people had a field day roasting the artwork for Taylor Swift's first disappointing album. But most missed the mark on what it really looks like — the packaging for a sickly sweet, heavily discounted celebrity fragrance you'd find on the back shelf at Shoppers Drug Mart. 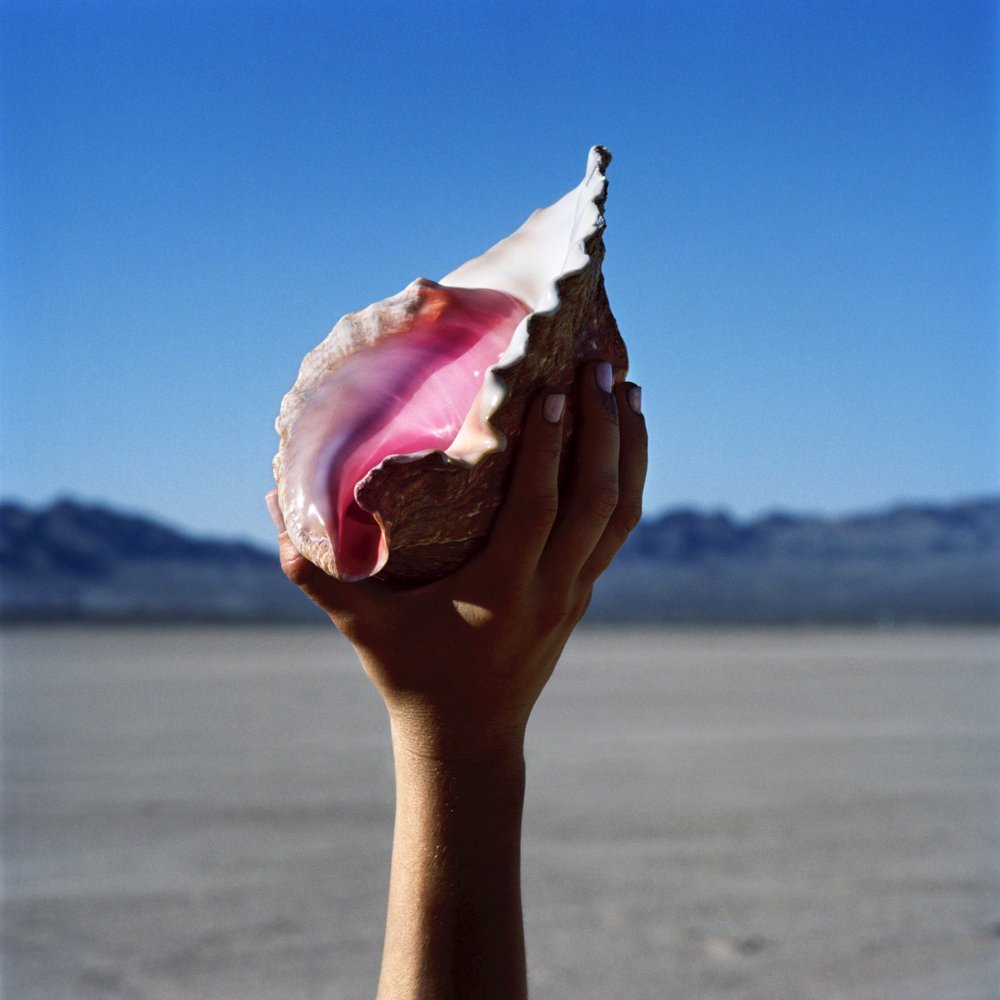 Remember when your uncle got his first DSLR and was an active Flickr user for about six weeks, hoping to become the next great stock photographer before ditching the hobby altogether? The Killers certainly do, and for some reason they thought that aesthetic would be ideal for their latest album. 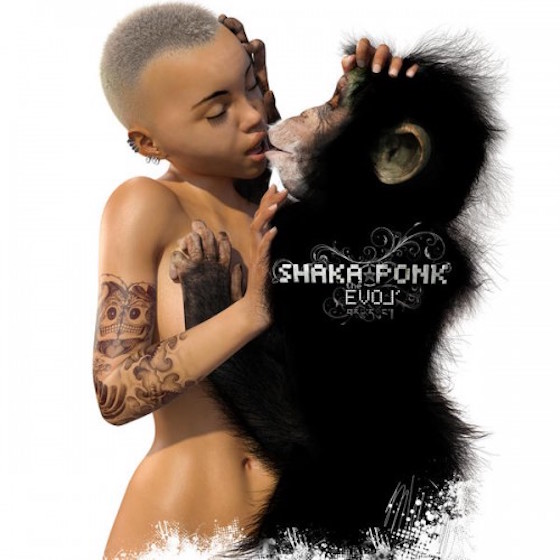 Further proof that we are forever straying further from the light, the latest from French rock band Shaka Ponk is a sinful display of CGI bestiality that feels like it was plumbed from the darkest depths of DeviantArt. This is a Pixar movie from the not-so-distant godless future. 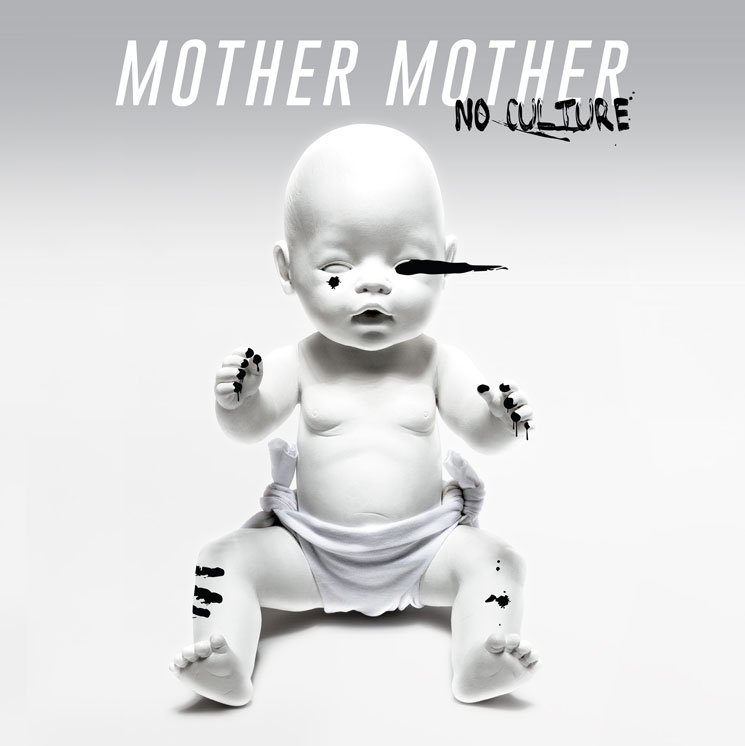 Vancouver grant-rock band Mother Mother just may have achieved the impossible with the artwork for their No Culture LP — it's so bad that we can't even figure out how to make fun of it. It just stands on its own as a wretched, skin-crawlingly unappealing image. It's so viscerally frustrating to look at that it's almost worthy of respect.