"We'll have played more provinces in being a band for a year than most of my other bands have in their lifespan," says the band's Matty Grace

By Matt Bobkin
Published Oct 13, 2021
The rise of Halifax punks Cluttered has been fast and furious — less than a year after releasing their Laura Jane Grace-approved self-titled debut EP and excellent follow-up Accidents, the unit are heading on tour.

Preceded by an appearance at Nova Scotia Music Week, the week-long jaunt begins with a hometown set on November 20 before heading east to Sackville, Saint John, Montreal, Toronto and Ottawa for five shows in five days. The band will be joined by Lost Love in Montreal, and Talk Show Host in Montreal and Toronto.

Says Cluttered vocalist/guitarist/bassist Matty Grace, "We'll have played more provinces in being a band for a year than most of my other bands have in their lifespan."

The tour is set to coincide with the vinyl release of The First Pandemic, comprising the songs from their two EPs, "which we will hopefully have in time for tour," says Grace.

Check out the poster below, and keep scrolling for more information on the tour dates. 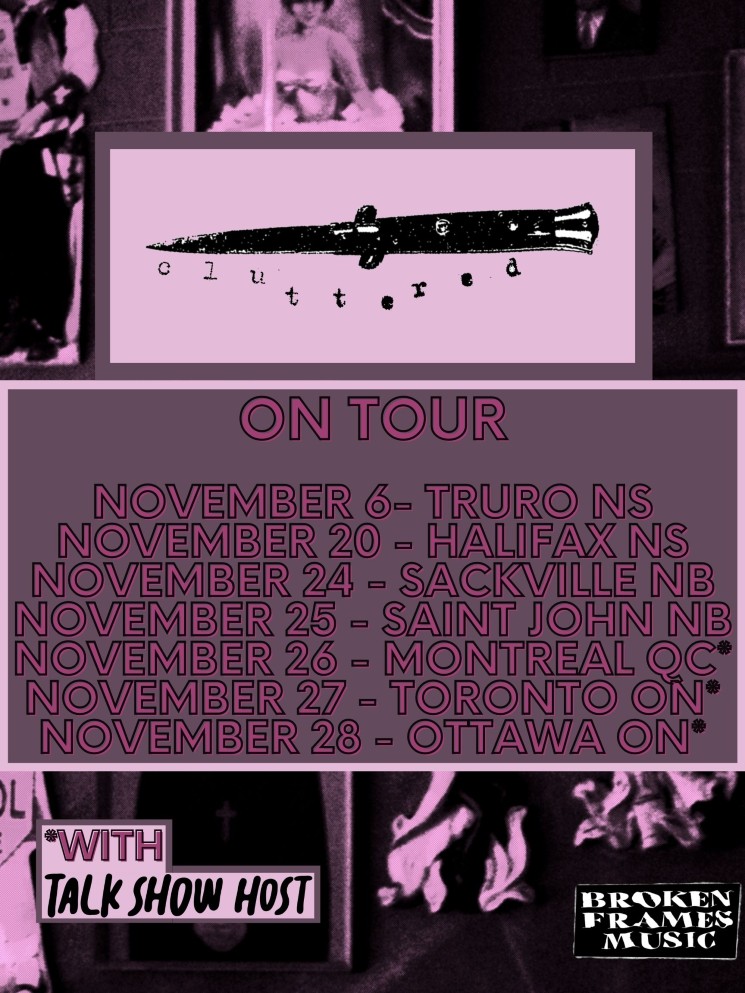