By Gregory Adams
Published Aug 04, 2016
After strapping on some fake lip-ticklers with "No Shopping" buddy Drake, French Montana has officially unveiled all of the guest and tracklisting details to his upcoming LP, MC4.

As previously reported, the commercial, fourth instalment to Montana's Mac and Cheese series is set to hit stores August 19 via Bad Boy Entertainment/Epic Records. As could be expected, it features "No Shopping," but Drizzy's not the only guest on the album.

As had been expected, the record also revisits parts of French Montana's semi-recent Wave Gods mixtape by including his "Figure It Out" with Kanye West and Nas, as well as "Lockjaw" with Kodak Black.

You can see the full info down below, as well as French's recent, egregious accent-loaded music video for "No Shopping." 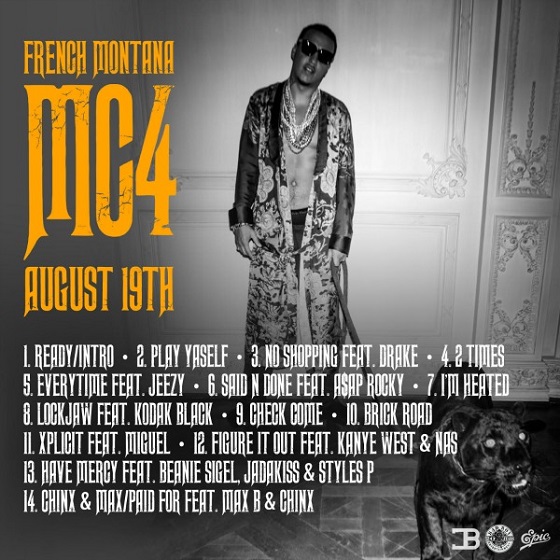