By Exclaim! Staff
Published Dec 10, 2018
Arguably the most anticipated of our year-end list is that of the Best Hip-Hop Albums of 2018. But while marquee artists like Drake, Cardi B and Travis Scott ensure that the genre dominates the charts, chart dominance doesn't always ensure critical acclaim. Scroll below to see whose albums made the cut this year.

Then, flip back through Exclaim!'s other genre-specific album lists for the Best Albums of 2018, including the Top 20 Pop & Rock Albums, our Top 10 Folk and Country Albums and the Top 10 Metal and Hardcore Albums of the Year. 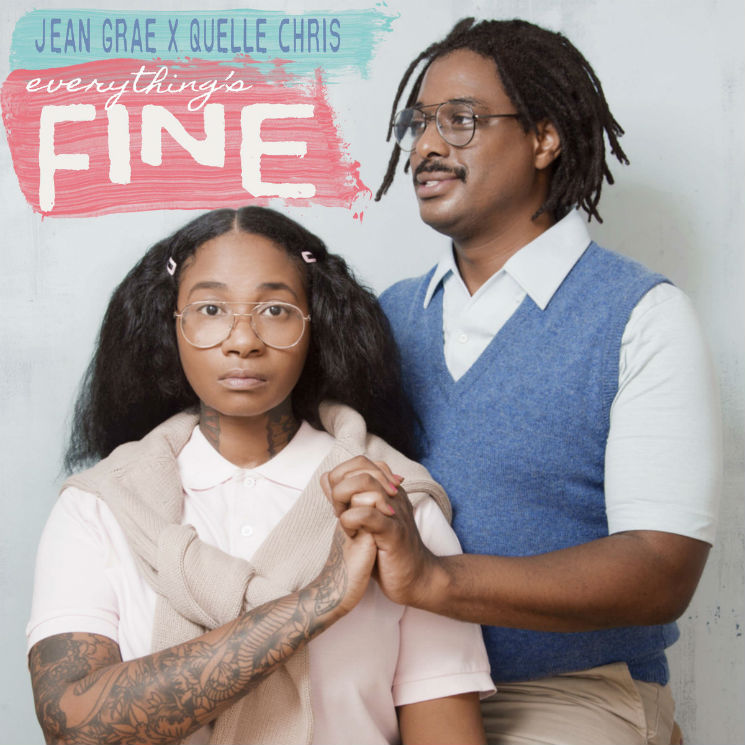 Suffering from social media malaise? Worried about the ongoing apocalypse? White supremacy in the White House got you down? Then Everything's Fine was made for you. The title itself is a reference to shallow optimism, to the reflexive answer of "fine" whenever one is asked how they're doing these days, no matter how poorly off one actually is. Jean Grae and Quelle Chris delivered social commentary at its most biting wrapped in satire at its most cutting; it's pragmatic scepticism tempered by subversive humour, a sober evaluation of wokeness served with a bevy of jazz-laced beats that hint at the old school but with the polish of the future.

Appearances from top-drawer comedians such as Hannibal Buress, Michael Che and Nick Offerman help cushion the blow, as Jean Grae and Quelle Chris speak truth to power alongside turns from Ashok Kondabolu, Your Old Droog and Anna Wise. With Everything's Fine, a revolution you can laugh to, Grae and Chris ascend the ranks to become one of hip-hop's greatest power couples.
Alan Ranta 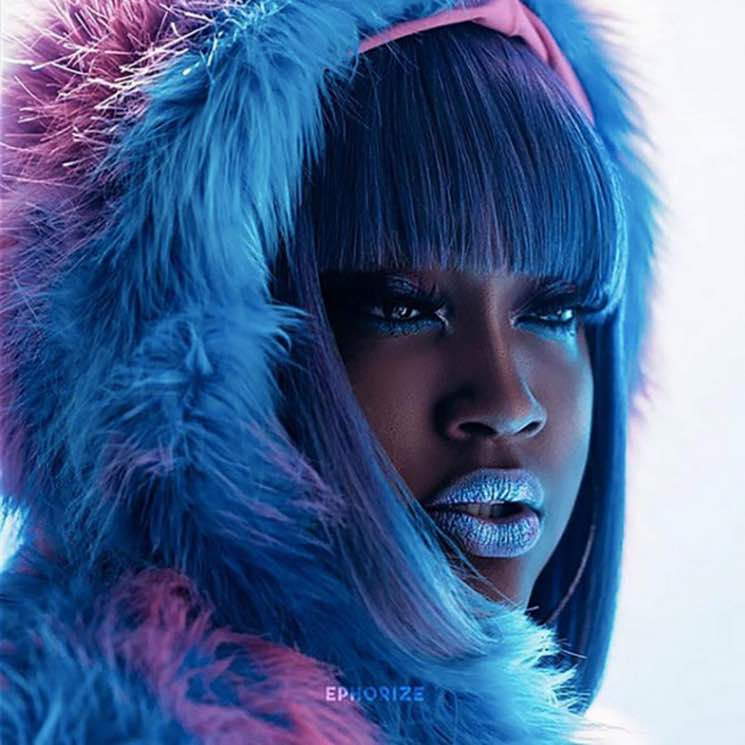 She's been called raunchy, unabashed, freaky and audacious. And while CupcakKe is indeed all of these things and more, the Chicago-bred rapper proves that she can not only spit fantastic one-liners but that she can interweave it all with an impressive sense of vulnerability and self-awareness.

Ephorize is an album that no other rapper could make. And while it follows a certain tradition of sexually liberated female MCs, CupcakKe manages to push beyond set constraints to make music that serves up delicious — and often hilarious — self-affirmations. From confident tracks like "Cartoons" ("I'm a snack so I attract Scooby Doo's, give 'em Smurf dick, that's balls blue") to more serious ones like "Self-Interview," which taps into women's struggles ("Back then we had lip gloss and some overalls, that's the usual / Nowadays I gotta show skin and wear sew-ins to feel beautiful"), Ephorize's tracklist is a testament to her range and willingness to experiment with flow.

CupcakKe is an untamed 21-year-old powerhouse with nowhere to go but up.
Courtney Baird-Lew 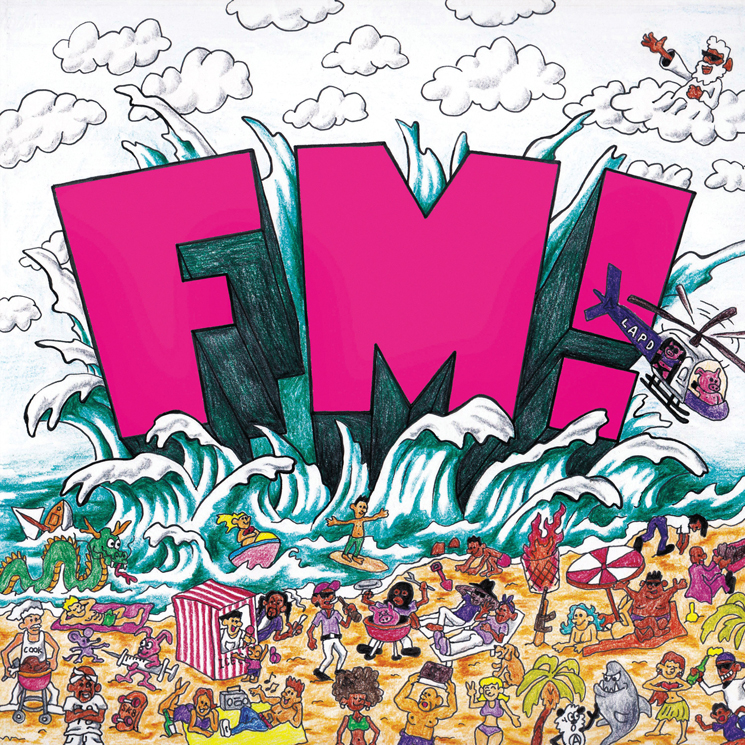 Vince Staples remains true to his Long Beach roots across his catalogue, but this year's FM! explored both his city and himself in a way prior records didn't. The scenes are arranged as a "theatre of the mind," with the 11-track effort playing out like a radio broadcast live and direct from the LBC. Staples' inventive concept is brought to life with quick segues by a cast of West coasters including Jay Rock, E-40 and Kamaiyah, not to mention "hosting" spots from L.A. broadcast staple Big Boy.

Even when rapping over twinkling textures or pushing his vocal delivery into energetic territory, the darkness of Staples' Long Beach creeps in. Big Boy's breezy album intro cuts to Staples rapping, "Summertime in the LB wild / We gon' party 'til the sun or the guns come out," while harrowing closer "Tweakin'" finds him "Tryin' to get rich, get everybody fed / But everybody dead."
Calum Slingerland 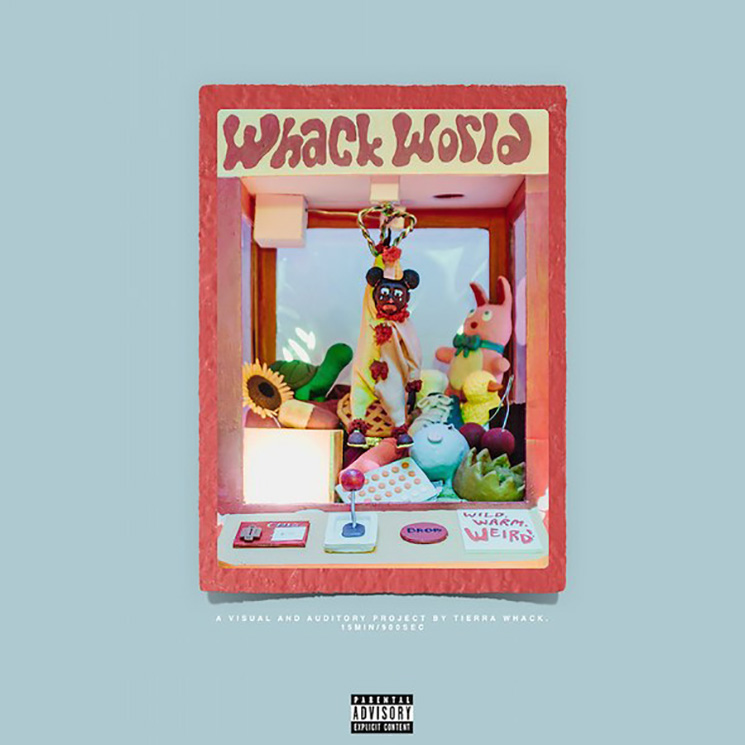 No artist has used 15 minutes of fame more efficiently than Philadelphia phenom Tierra Whack. Her brief and gutsy debut, Whack World, is a trippy foray through the colourful crevices of her mind; like Missy Elliott, Busta Rhymes and Andre 3000 before her, Whack delivers a complete experience that transcends the average album. She establishes herself as far more than a carbon copy, though; it's hard not to be charmed by her acerbic wit and unbridled confidence.

Appealing to — and perhaps simultaneously mocking — our short attention spans, Whack packages her multifaceted personality into lean, infectious vignettes that are deceptively cunning beneath their surface-level zaniness. Whack World is sharp, bright and succinct — and most importantly, leaves the listener yearning for more.

Whack might be a rookie in the mainstream, but her ingenious debut cemented her status as a masterful artist — and in record time.
A. Harmony 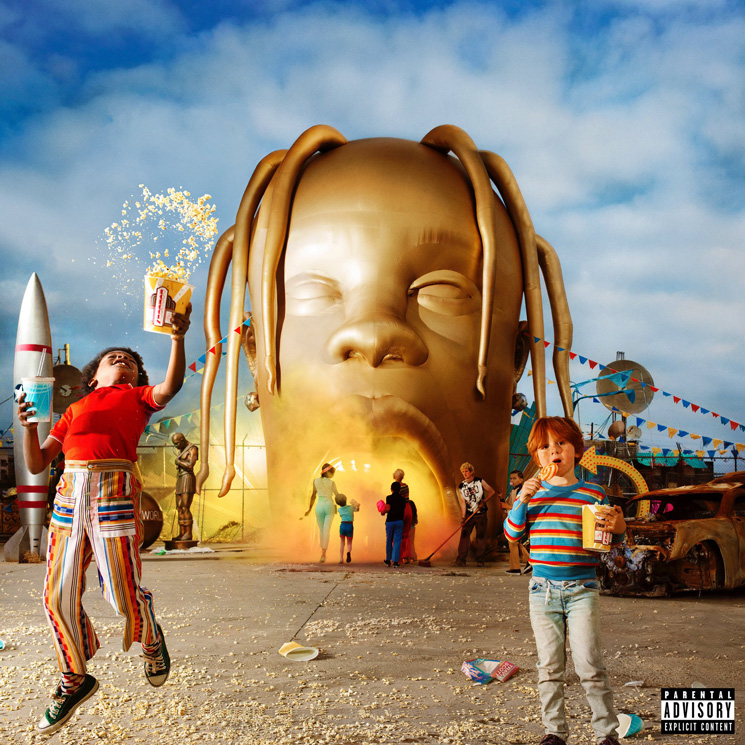 Travis Scott's August 3 album came after many delays and switch-ups, leading many to wonder if it was going to be worth the hype.

Short answer? It was. Long answer? Astroworld is stylistically unmatched, features essentially all of the hottest rappers in the game right now and contributes as much progress to hip-hop as to music in general. In terms of Scott's discography, it's what his fans have been hoping for ever since Rodeo, and Birds in the Trap simply wasn't it. It's hard to pick a best track from an album like this, but "Can't Say," "Sicko Mode" and "5% Tint" would all make strong choices.

Astroworld feels like an instant classic; it's made Travis Scott part of the conversation about bona fide greats in the little more than six months since its release.
Clayton Tomlinson