Parq Vancouver is "the worst run business I have ever witnessed ... profiling me and not allowing me to gamble"

By Brock Thiessen
Published Nov 04, 2018
Drake has accused Parq Vancouver's casino of racial profiling after being denied service at the downtown establishment this weekend.

In an Instagram post from the early hours of Saturday morning (November 3), Drake labelled Parq Vancouver the "worst run business I have ever witnessed ... profiling me and not allowing me to gamble when I had everything they originally asked me for."

The Canadian rapper was in Vancouver to perform at the nearby Rogers Arena on the "Aubrey and the Three Migos Tour" when the incident at the casino took place.

You can see a screengrab of Drake's post below. 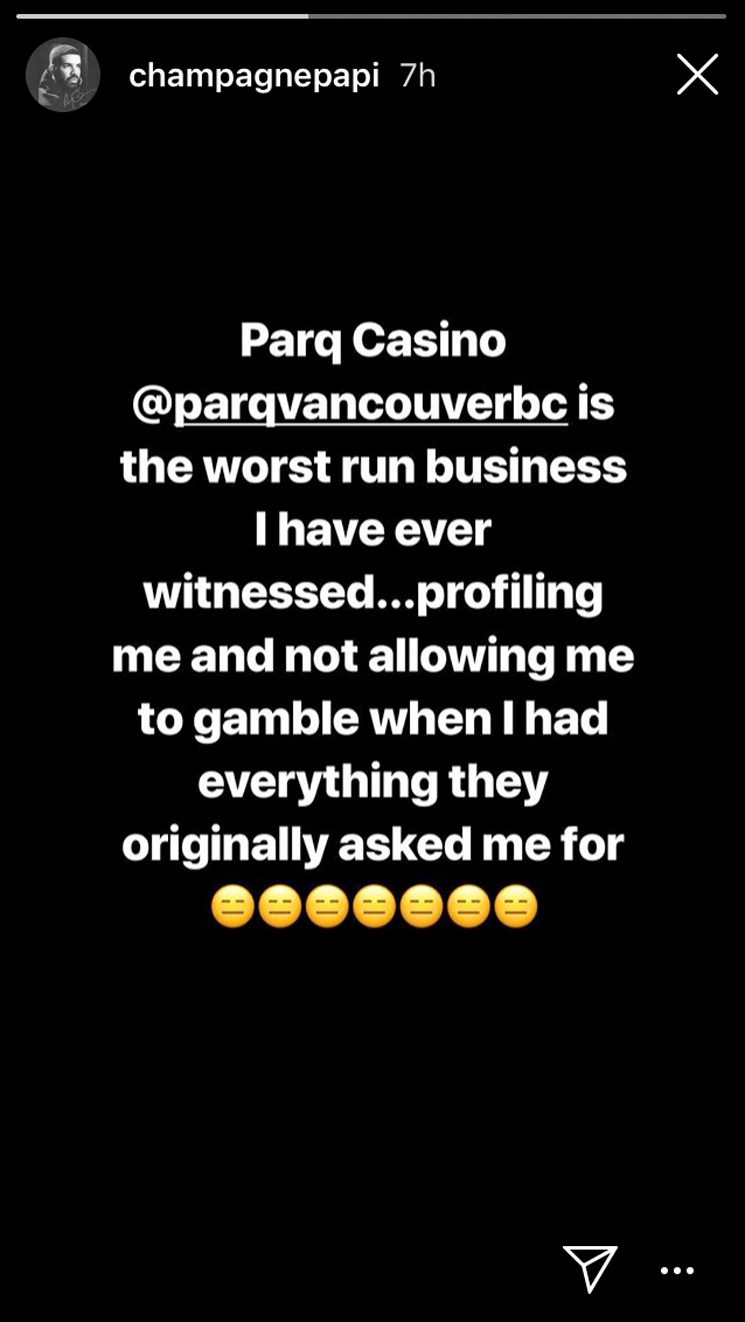 Despite the criticism against the casino coming fast and furious online, Parq Vancouver said it stands against racism and it is operating under new complicated gambling regulations.

"We are operating in one of the most complex, highly regulated industries and are always looking to better our communication and customer service," Brunini said.

The establishment is now reportedly investigating the incident involving Drake.

As of December 2017, casinos in BC must provide a "source of funds declaration" when receiving $10,000 or more in cash deposits or bearer bonds from customers as part of an effort to combat money laundering in the province. As part of the rules, the BC government said such declarations must include the customer's identification, the source of their funds and information on their financial institution.