By Alex Hudson
Published Aug 16, 2015
It's been more than two years since Deerhunter released their 2013 album Monomania, and now it seems that Bradford Cox and company have something new in the works, since they have updated their website with a mysterious countdown clock.

Deerhuntermusic.com currently features a clock that's ticking down to midnight (EDT) on Sunday night/Monday morning. There's also a form to sign up for Deerhunter's mailing list, plus a photo of a the band hanging out with a dog. If you click on the pooch, you'll see a GIF in which Cox's face merges with the dog's.

UPDATE: Stereogum points out that, according to a listing on Music Direct, Deerhunter will be releasing an album called Fading Frontier on October 16 via 4AD. A few weeks ago, someone posted an image of a Deerhunter-branded knife inscribed with Fading Frontier's title on Instagram.

​UPDATE 2: While there's still no official word on the new Deerhunter album, the record's supposed first single "Snakeskin" has surfaced, and you can hear it at the bottom of the page. Also, Cox will be hosting a radio show on Atlanta's AM 1960 on Sunday (August 16) night beginning at 11 pm EDT. The program will also stream on Deerhunter's website.

UPDATE 3: It's official: Deerhunter will release Fading Frontier on October 16 via 4AD. That's the tracklist below, where you'll also find the video for new track "Snakeskin" and the album art. 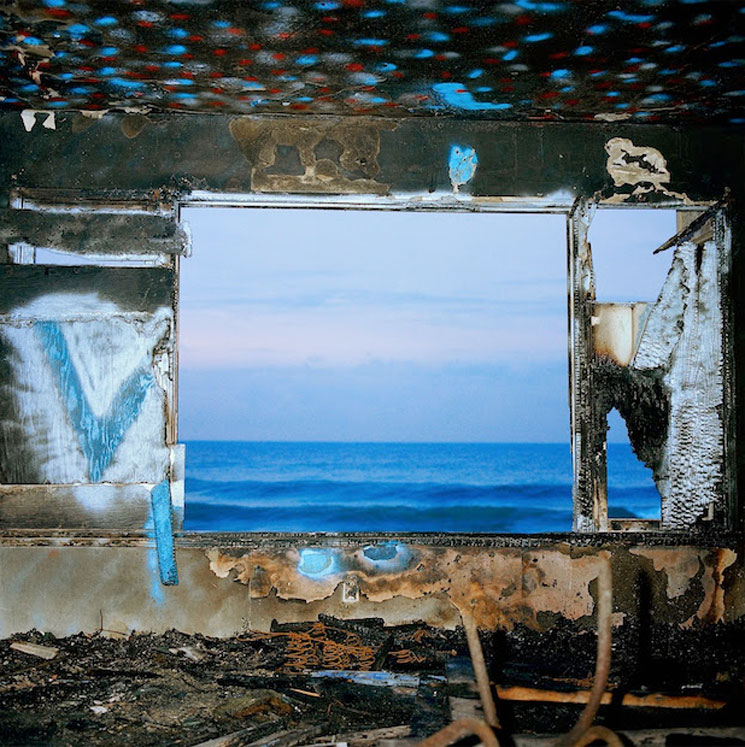