Matt Mays, Bell Orchestre, Cartel Madras and more share the most embarassing albums they own

By Alex Hudson
Published Mar 10, 2021
What exactly counts as a "guilty pleasure" these days? Back in the '90s, people might have harboured a secret love for Britney Spears or the Backstreet Boys, but in our current age of poptimism, traditional rockist snobbery is mostly a thing of the past.

That's why we reached out to some of our favourite Canadian artists to ask about their guilty pleasures from their record collections. They took on the challenge in a variety of ways: they embraced pop stars with problematic personas, came clean about albums they own too many copies of, and rediscovered some childhood favourites.

With all these different interpretations of "guilty pleasure," one thing was consistent: no one really seems to feel all that guilty about them. Check out their choices below. 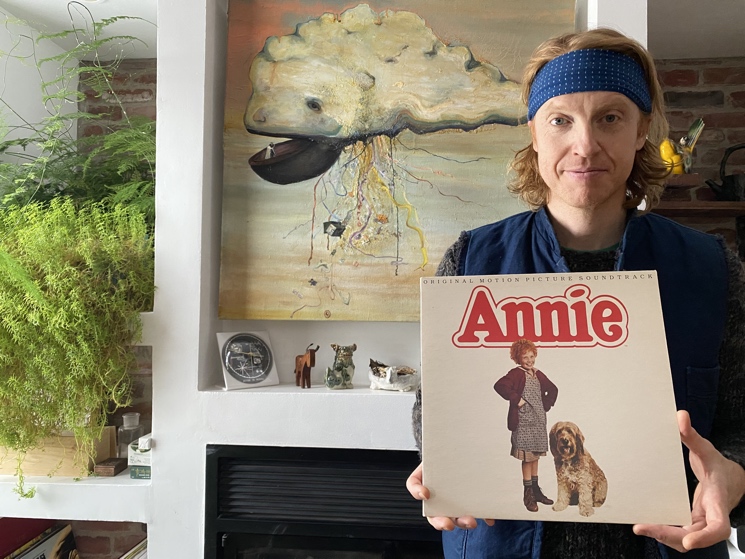 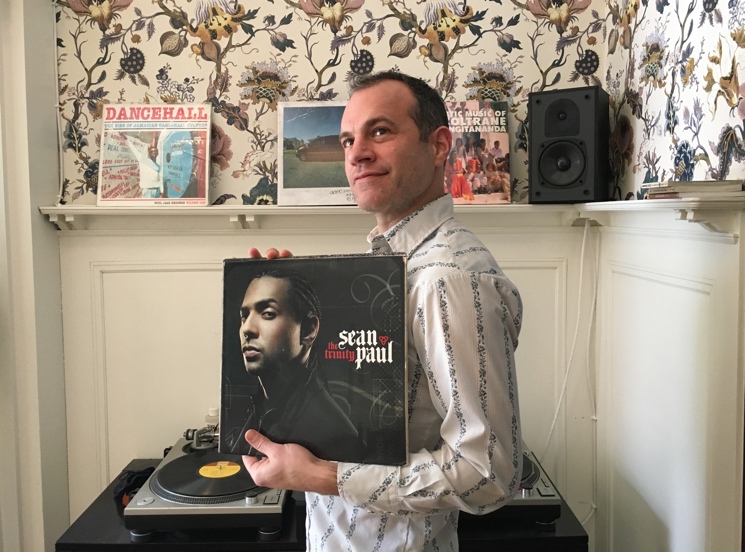 Listening to Bell Orchestre's new album, House Music, you might assume that the band members spend all their time listening to neoclassical composers and experimental jazz, but the band members also incorporate some very different flavours into their musical diets. Kaveh Nabatian loves dancehall artist Sean Paul for his diminished melodies, weird beat and vocal delivery; he predicts, "I think people are probably going to rediscover Sean Paul in five years."

As for Richard Reed Parry (who is also a solo composer and a member of Arcade Fire), he shouts out the soundtrack of 1982's Annie. He doesn't believe in guilty pleasures, but admits, "There were definitely times earlier in my life where I felt embarrassed about loving certain musics, specifically musicals. This album absolutely rules." 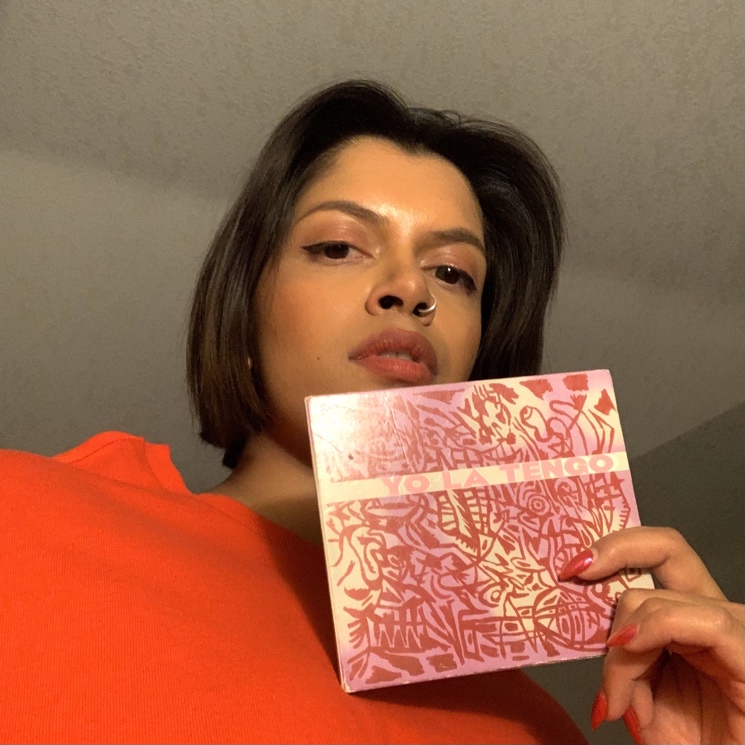 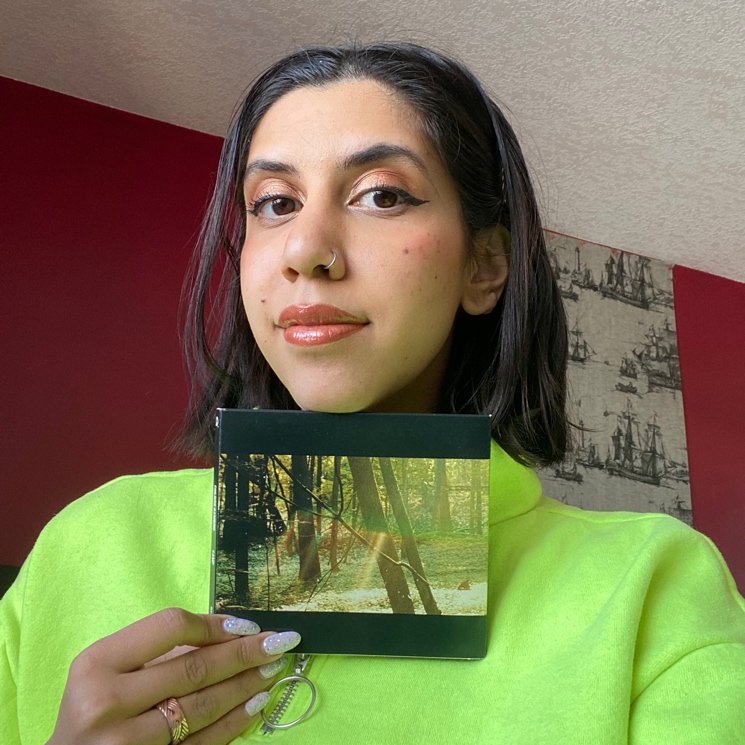 Childish Gambino and Yo La Tengo are both pretty cool, but Calgary hip-hop duo Cartel Madras have some embarrassing associations tied to them. Of the former, Contra says that she's a huge fan of Donald Glover, but that Camp doesn't hold up to his other work: "We wanted his debut studio album to be so good that we just blindly loved Camp for a really long time." As for the latter, Eboshi remembers, "We remember many an embarrassing memory punctuated by listening to this album on an old stereo CD player in my room. Young heartbreak soundtracked by 'Black Flowers,' which was replayed over and over again while crying." Same!

Jane Inc — The Doors by the Doors 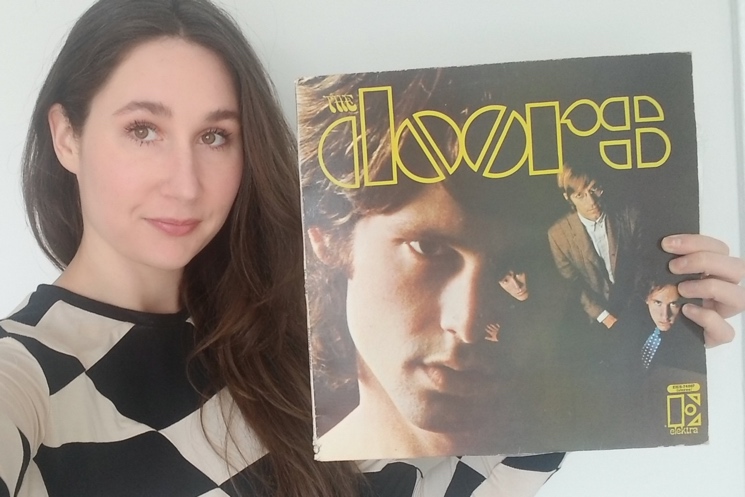 Carlyn Bezic is a member of U.S. Girls and makes up one half of Toronto synthpop duo Ice Cream. Now that she's releasing Number One, her debut solo album as Jane Inc, she is bravely standing up to announce to the world that the Doors light her fire.

"The anti-Doors discourse is strong in my community so I wanted to make clear which side I'm on: I love the Doors' first album," she says. "I admit that the lyrics are sometimes very dumb, but I think that adds to a brazenness, a proto-punk energy. The Stooges formed after seeing the Doors, and when you listen to this record, you understand why. Stop worrying about having good taste and break on through to the other side with me!" Nicholas Krgovich thinks that enjoying music isn't worth feeling guilty about. "There are enough things in life to feel guilty about — like murder," the Vancouver pop songwriter observes. "Which is why I'm choosing Bernard Herrmann's score for Psycho. The famous cue for the shower scene aside, this is some of the most beautiful and invigorating music I've ever heard. The orchestrations alone are just totally sublime, full of vibe and endlessly listenable."

There is one thing he feels a little guilty about, however: "I needlessly own multiple copies of this masterpiece."

Matt Mays — Girl You Know It's True by Milli Vanilli 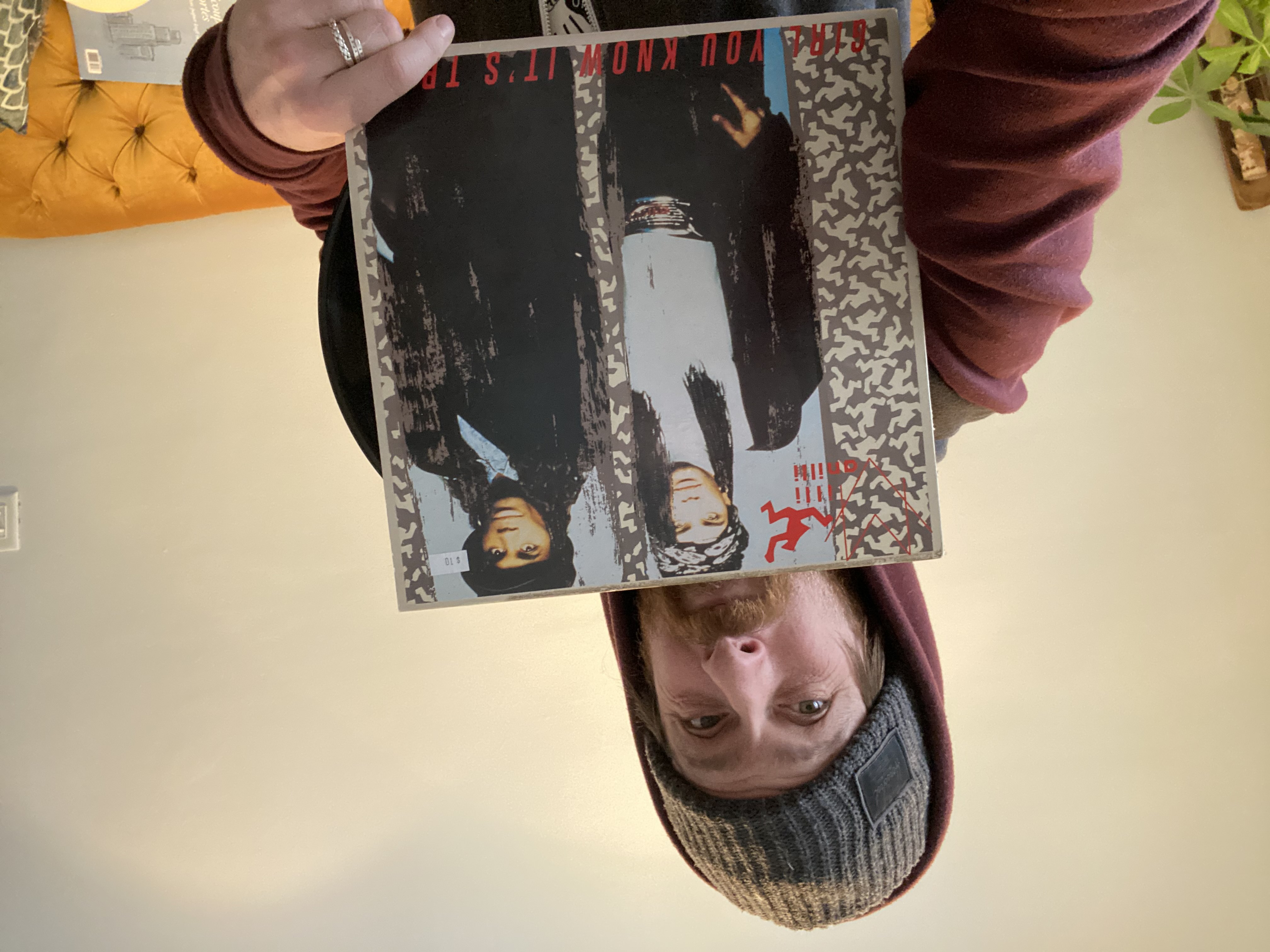 DJ On of Non La — Paradise by Lana Del Rey 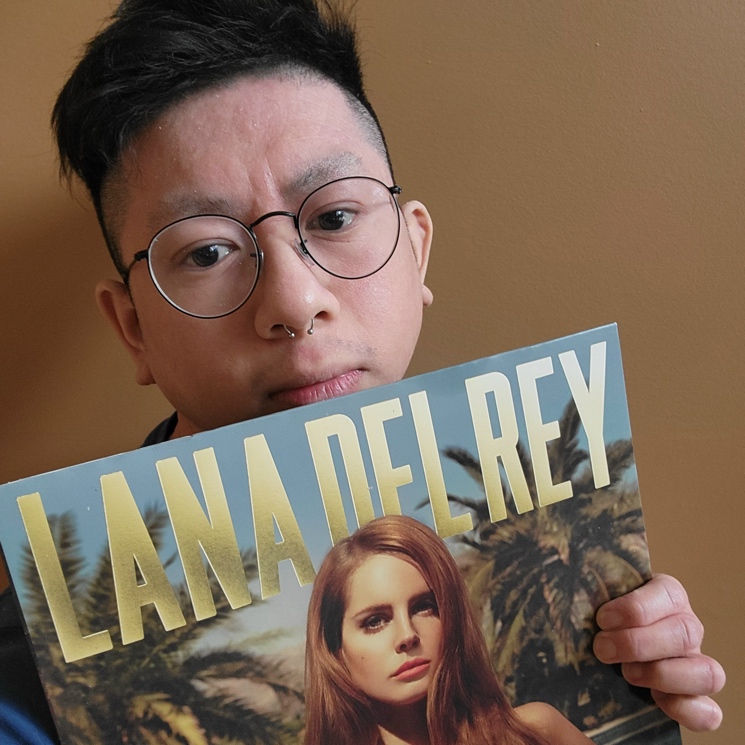 Vancouver songwriter DJ On, who makes lovelorn indie pop as Non La and is a member of Thee AHs, has a soft spot for Lana Del Rey — even if he considers her a "messy, cop-loving, problematic figure." He prides himself on his good taste, and even though he doesn't think 2012's Paradise fits the bill, he acknowledges, "At the end of the day, I am ultimately a basic gay that absolutely stans messy pop stars." 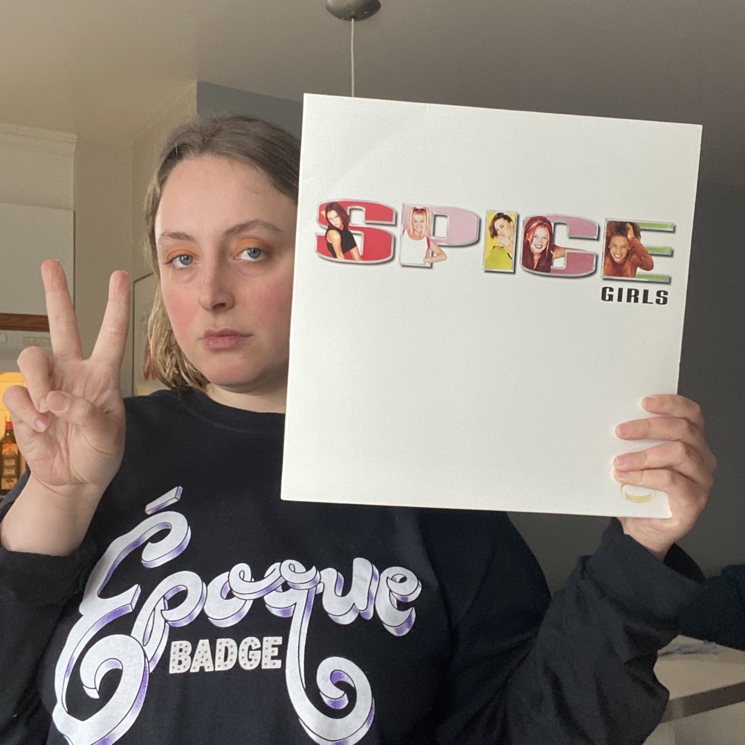 Toronto songwriter Dorothea Paas makes folk-tinged art-rock, and her upcoming album Anything Can't Happen has traces of Joni Mitchell and Neil Young — but her earliest memories were actually formed around a very different type of music. Paas isn't ashamed for loving the Spice Girls, but there is one thing about this album she feels guilty about: "The only embarrassing thing about this record is that I don't actually know where I got and I'm pretty sure that I accidentally stole it from a previous roommate," she tells Exclaim! "So if you're reading this and this record belongs to you, I'm sorry and thank you." 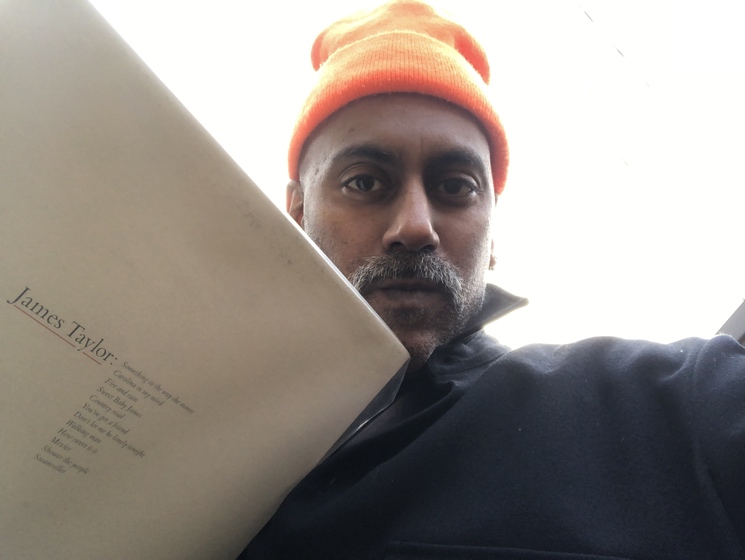 Vancouver songwriter Tariq, who plays solo as well as in Brasstronaut, got a dubbed cassette copy of James Taylor's 1976 Greatest Hits compilation as a teenager. "I dug the intimacy in the songs and the smooth and complex guitar picking," he tells Exclaim! Even though Taylor isn't exactly cool these days, he's never lost his love for the music. "The truth is, I still know every lyric by heart and I still adore it as much as I did back then," he admits. "There, I said it."

Mishka Stein of TEKE::TEKE — Friends in Love by Dionne Warwick While TEKE::TEKE bassist Mishka Stein calls Dionne Warwick his guilty pleasure, he is unapologetic when he says. "There's absolutely nothing embarrassing about loving Dionne Warwick. She's an absolute goddess!"

He explains, "When I was 11 years old, me and my family immigrated from Soviet Ukraine, and with the insurance money we got from me almost burning down our old apartment, my dad bought a Walkman and two cassettes." Friends in Love was one of those tapes (the other was a Russian compilation from the '80s), and he says that listening to it now "takes me right back to that crazy time in my life and brings tears to my eyes."

Tim the Mute — The Hilarious House of Frightenstein 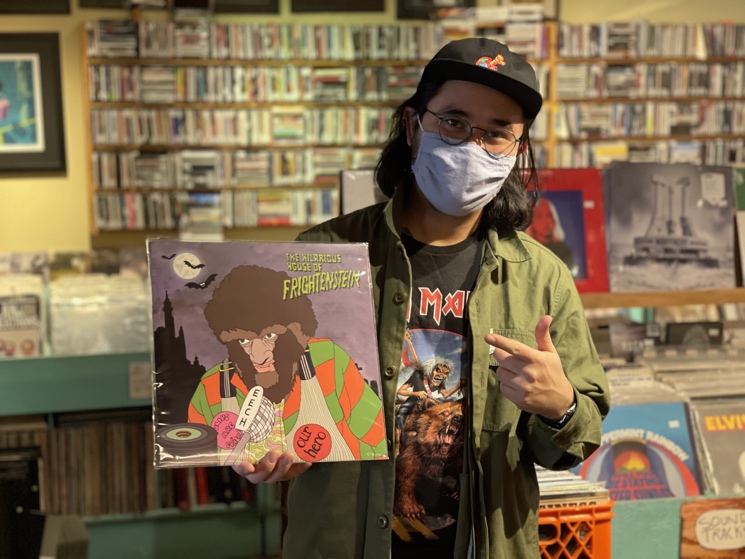 Not only does Vancouver's Tim Clapp perform indie pop as Tim the Mute, he also works at a record store and runs the label Kingfisher Bluez. Which is to say — if anyone would have a big record collection full of strange guilty pleasures, it's him.

For his favourite guilty pleasure, he didn't so much pick an album as a theme. We'll let him explain: "My guilty pleasure is 'monster party' records. I collect records with songs about a group of monsters doing a dance or having a party together. The record I chose to represent this is The Hilarious House of Frightenstein, the soundtrack to a 1970s Canadian low-budget TV series that had 130 episodes of crazy-monster themed sketches and somehow managed to get Vincent Price to appear in every episode. It's fantastic!"