So far, it's yet to be called off this time

By Brock Thiessen
Published Dec 11, 2019
Black Label Society made headlines this fall when Zakk Wylde and co. announced a North American tour — only to then cancel it minutes later. Well, the band have now announced a 2020 tour, and so far, this one hasn't been called off.

The trek will kick off in February. In addition to Black Label Society, the North American tour will feature Obituary and Lord Dying.

Alongside a pile of U.S. tour stops, the band will also make their way up to Canada for multiple concerts. This includes shows in Vancouver, Grand Prairie, Calgary, Edmonton and Winnipeg.

If you compare this to original tour routing, you'll notice this revised schedule is noticeably different than the one previously announced, meaning there are no longer any Canadian shows in Ontario, Quebec or the Maritimes.

You can see the full run of newly announced, yet-to-be-cancelled dates below. Tickets go on sale Friday (December 13) at 10 a.m. 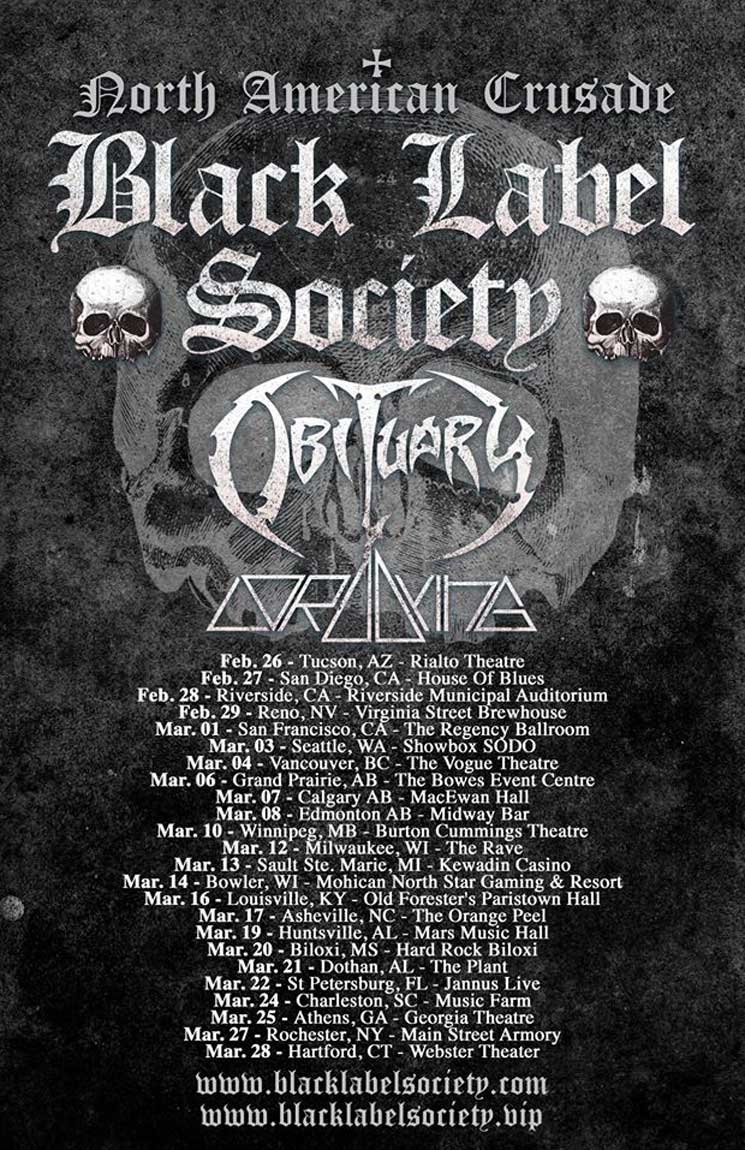