An Essential Guide to the Tragically Hip

By Calum Slingerland
Published Jul 19, 2016
Few acts hold the position the Tragically Hip do within Canadian music lore. Formed in Kingston, ON, in 1984, the success and impact that the group have left on their home country has never translated nearly as well outside its borders. Unlike fellow Can-Rock products such as Rush or Neil Young, who have become popular elsewhere, "the Hip" are commonly identified as the Great White North's quintessential band, with a career that includes 13 studio albums (nine of which charted at No. 1 in Canada upon release) and a wealth of Canadian music awards.

A key part of what has earned the band such a proud following in their home and native land is the songcraft of lead vocalist Gord Downie. Within his poetic lyrics, Downie references tiny towns and landmarks across the nation, name-checking everyone from Canadian painters to hockey players in songs that are now cemented as current day Canadiana.

With the band gearing up to tour their latest catalogue entry, Man Machine Poem, from coast-to-coast this summer, we offer up our Essential Guide to one of this country's most beloved bands. 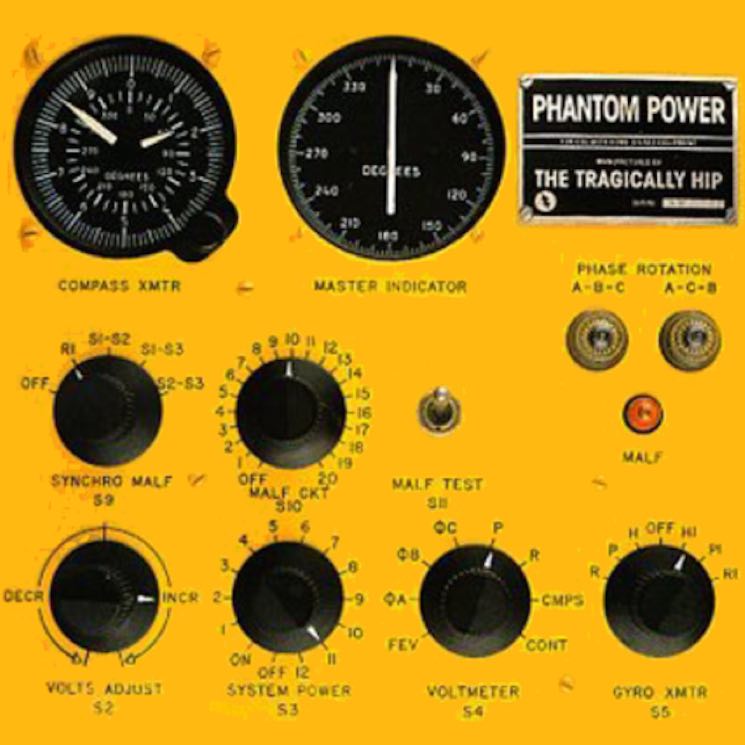 Phantom Power caps the band's celebrated early career, in which they created their best work, and precedes a trio of mid-career releases that, though unique, remain less essential. The band produced the record alongside Steve Berlin of Los Lobos, leaning towards an accessible, radio-friendly sound in comparison to past efforts. Though it didn't take off in the United States as expected, the Hip's marriage of music and Downie's poeticism is at its best on songs like "Bobcaygeon" and "Escape Is at Hand for the Travellin' Man," an emotionally charged song written for the frontman's late friend Jim Ellison of Material Issue.

While being purposefully vague with his pen on fan favourite "Poets," Phantom Power contains some of Downie's more explicit snippets of Canadian subject matter. They're captured within lyrical references to Toronto's Horseshoe Tavern and the Christie Pits riots of 1933 within the aforementioned "Bobcaygeon," the deep chill of a Manitoba winter in the acoustic "Thompson Girl," and the 1972 Summit Series in "Fireworks." 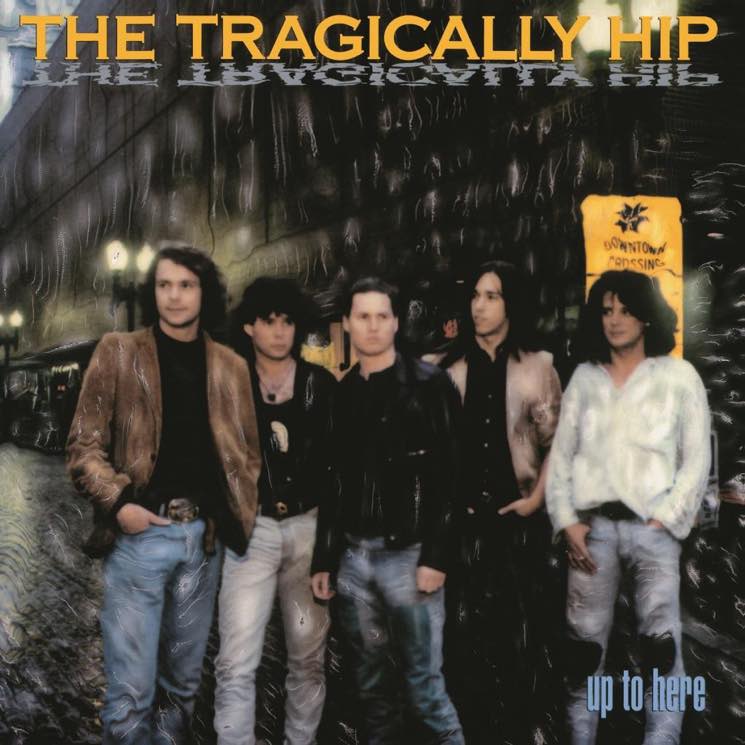 After touring their self-titled EP in both Canada and the United States, the release of debut album Up to Here brought the band success on home soil in a short amount of time. The raggedness of their early recordings was reshaped with further polish and focus without sacrificing its blues-based spirit, with Downie's emotive side on display in his delivery of stomping singles "Blow at High Dough," "Trickle Down" and "New Orleans is Sinking."

Stepping away from rocking blues, Downie paints a picture of a Kingston prison break with "38 Years Old" and details a relationship coming apart at the seams on the clever "Boots or Hearts." Save for some electric slide guitar leads, the acoustic nature of both tracks leaves Downie's words room to breathe and resonate further outside the band's rock riffs.

Despite a number of its songs still clocking spins on Canadian rock radio today, it could be said that the writing was on the wall with Up to Here as far as cross-border popularity was concerned; sales of the record in the United States only totalled 80,000 units from 1991 to 1997. 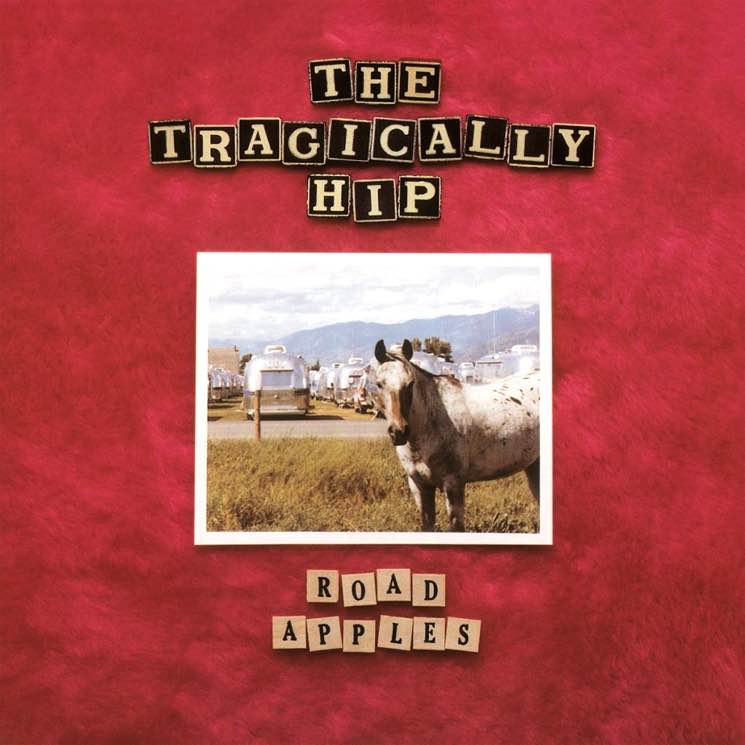 Though it takes its name from a term for equine droppings, Road Apples remains anything but, well, horseshit. The band have said that the goal while recording their sophomore album was to capture the sound and energy of their live performances, and on this grittier and more uptempo follow-up to Up to Here, they did just that. Downie's explosive energy hit new heights on the one-two punch of "Little Bones" and "Twist My Arm," while the guitar work of Rob Baker and Paul Langlois make "Cordelia," "Born in the Water" and "Three Pistols" more than enough to rile up any listener over the course the band's hardest-rocking LP.

However, the band don't keep the pedal to the floor the entire listen, and the quieter moments of Road Apples are just as rewarding as the loud ones: the jazzy slink of "The Luxury" serves as an exercise in dynamic restraint, while "Long Time Running" pairs heartfelt penmanship with a bluesy waltz. The weightiest of the bunch is "Fiddler's Green," an elegy written in memory of Downie's nephew, who passed away before recording. The band never played the song live until 2006. 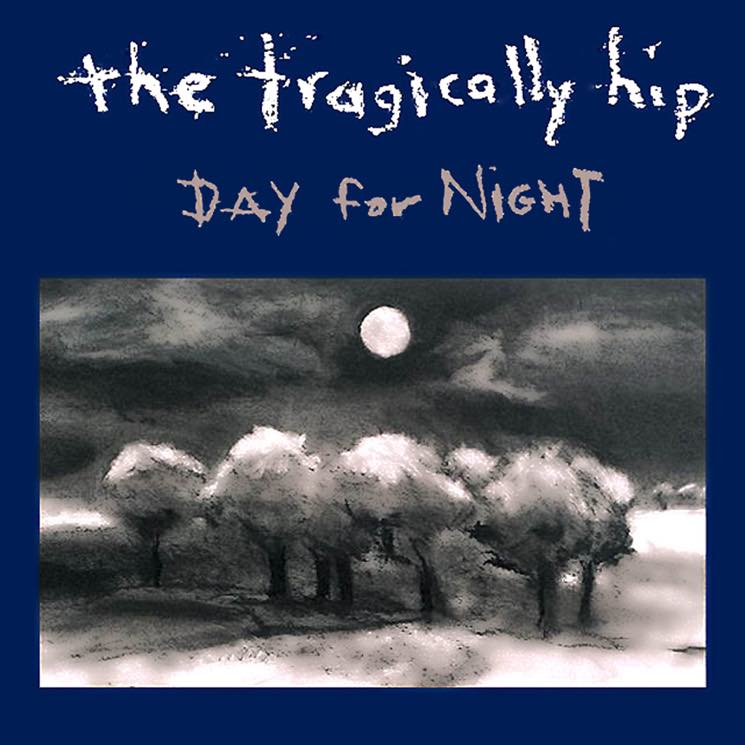 Having perfected their art two years prior with Fully Completely, the Hip recorded a more than suitable follow-up in Day for Night, albeit one that's better understood with repeated listens. Unlike its highly revered predecessor, the band's fifth LP thrives on a lyrical and musical darkness that had yet to truly rear its head until this release.

It starts with the band's other Gord — bassist Gord Sinclair — and his melodic bass lines that permeate a great deal of the record's compositions. While the opening lick for "Grace, Too" is his most celebrated, one would be remiss not to tune into the low end on "Fire in the Hole" or "Thugs."

Lyrically, Downie largely explores the self here, with highlights including "Nautical Disaster," "Daredevil," "Scared" and "The Inevitability of Death." This is the Hip at their artiest, and though the record runs a little long at around an hour in length, it's well worth maintaining your attention throughout. 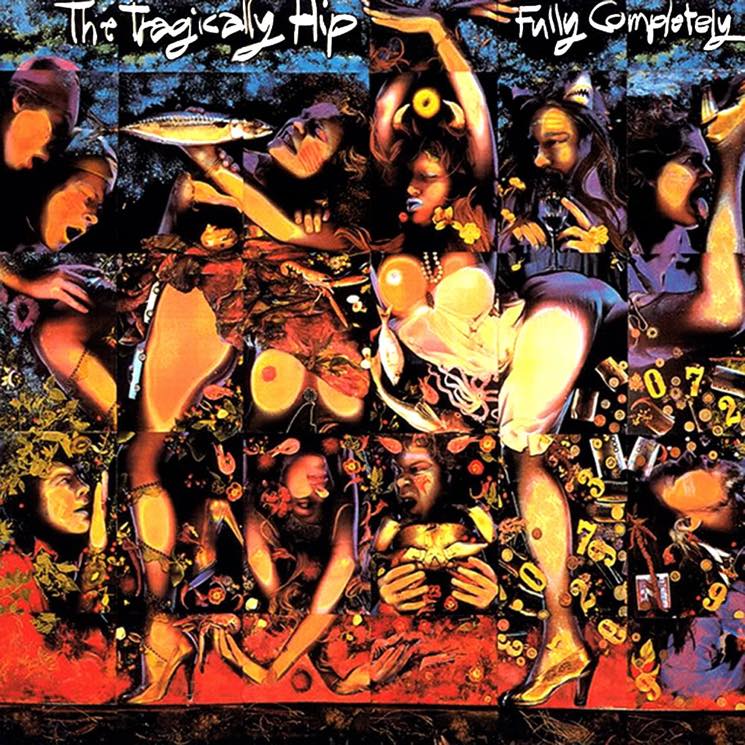 Still looking for the band to break into the United States following two records produced by Don Smith, MCA sent the Hip to London, England's Battery Studios to record Fully Completely with Chris Tsangarides. The producer did away with the rough, live-off-the-floor feel of Up to Here and Road Apples in favour of a cleaner, FM-ready sound.

With all eyes on the possibility of finally hitting their stride south of the border, there's a fair bit of irony to be found in how well Fully Completely embodies the idea of the Tragically Hip as a quintessentially Canadian band. Five of the record's tracks play on themes that are explicitly Canadian: "Fifty Mission Cap" references the death of Toronto Maple Leafs player Bill Barilko, while "Looking for a Place to Happen" alludes to Jacques Cartier and encroachment on First Nations territory. "Wheat Kings" tackles the wrongful conviction and imprisonment of David Milgaard, rocking opener "Courage (for Hugh MacLennan)" draws inspiration from the Canuck author's novel The Watch That Ends the Night and "At the Hundredth Meridian" includes the titular geographical reference.

Fully Completely is recognized not only as the Hip's greatest artistic achievement, but one of the best records Canada has ever produced, its music and lyrics representative of a nation — fully and completely. 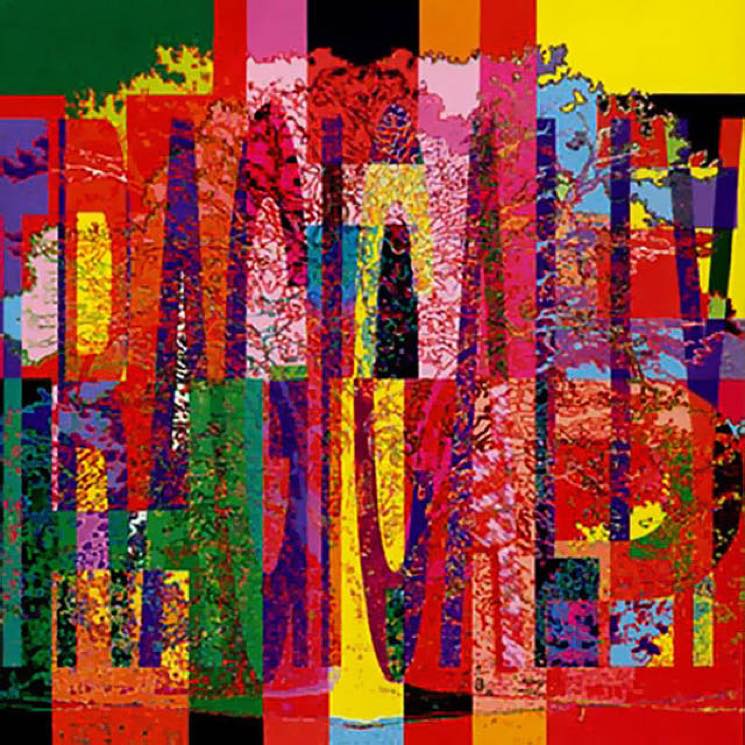 Having never strayed terribly far from their blues-rock roots over the course of their career, the Hip have never made an album that is truly out of character, to the point of being unlistenable. However, the band's mid-to-late career stages have produced a handful of records that don't quite stand up against their landmark early efforts, pointing more to slight creative stagnation than losing the plot entirely.

Following the release of Phantom Power in 1998, the band handed Steve Berlin producer duties once more for 2000's Music @ Work. Effectively picking up where their previous partnership left off, this shot at bringing the Hip's thoughtful poeticism together with radio-ready arena rock plays a little too familiar over its lengthy tracklist, despite birthing two well-loved singles in the title track and "Lake Fever."

During the mid-to-late aughts, the band didn't try and push their sound anywhere new so much as try to revisit what had made earlier efforts successful. In Between Evolution (2004) saw the group make a return to their blues rock-indebted sound, and while Downie's lyrics took aim at everything from George W. Bush to Toby Keith in biting fashion, it didn't break much new ground musically.

For both World Container (2006) and We Are the Same (2009), the band teamed up with producer Bob Rock to double down on the mainstream power rock that has kept them filling arenas for years. Outside of the former's singles in the upbeat "In View" and the hockey-themed rocker "The Lonely End of the Rink," derivativeness renders both records largely unmemorable. 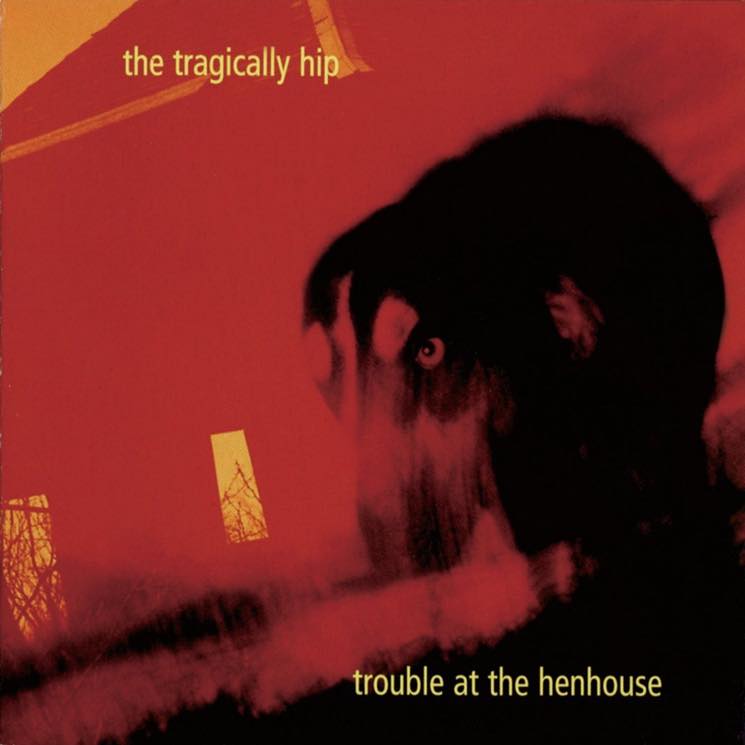 Following the release of Day for Night, the band continued to indulge their more mature alternative leanings with Trouble at the Henhouse in 1996. Though it was maligned by some for its laid-back pacing in places, "Gift Shop" and "Ahead by a Century" are career highlights, while some very serviceable deep cuts can be found in "Springtime in Vienna," "Don't Wake Daddy," "700 Foot Ceiling" and "Apartment Song."

The band's most criminally underrated record remains 2002's In Violet Light, a stark move away from the mainstream grasps that were Phantom Power and Music @ Work. Without a hit like "Poets," the record's lyrical and musical intelligence were largely passed over en route to getting back on the blues-rock path with In Between Evolution, but it remains a discography highpoint.

As far as late-period Hip goes, 2012's Now for Plan A doesn't quite signal a full return to form, but the highs are certainly higher than their other late-period work. During the writing process, Downie's wife was diagnosed with breast cancer, with the frontman telling the CBC in 2012 that lyrics on the record reflect "me trying to help, mutely, in that way that a man around breast cancer tries hard to help."

Following the release of Music @ Work, Downie struck out solo with Coke Machine Glow in 2001, largely a musical antithesis to what his band was doing at the time. The 16-track effort is warm by comparison, leaving room for both his sung lyrics and spoken word poetry to be heard amidst loose, relaxed recordings that feature collaborators such as Julie Doiron, Ron Sexsmith, Kevin Hearn of Barenaked Ladies, Travis Good of the Sadies and more.

Some standalone songs deserve mention here as well: Downie features prominently on City and Colour's "Sleeping Sickness" with a verse of his own, while the band's cover of Gordon Lightfoot's "Black Day in July," which was recorded for a tribute record, finds Downie injecting new urgency into the Canadian folk legend's song about the 1967 Detroit riots.