An Essential Guide to Neko Case

By Sarah Greene
Published Jul 05, 2016
Neko Case is no stranger to juggling multiple projects. She started her music career in the '90s drumming for various punk bands, amongst them "cuddlecore" faves Cub and punkabilly trio Maow, where she first blew people away with her Wanda Jackson-esque howls.

As Case's initially surprising country career took off, so too did her simultaneous involvement with Vancouver power-pop friends the New Pornographers. Somewhere along the way, Case also toured and recorded with her Victoria-based buddy Carolyn Mark as the Corn Sisters, recorded a totally kick-ass live album with the Sadies, created a charming experiment in home recording (2001's Canadian Amp) and collaborated on her consistently impressive solo albums with the likes of M. Ward, Howe Gelb, members of Calexico and legendary the Band wizard Garth Hudson.

These days, Case is working with a new supergroup project alongside k.d. lang and Laura Veirs, called simply case/lang/veirs, for which the three independent spirits wrote songs together for their self-titled album and ongoing North American tour. In a recent interview with Exclaim!, lang got it right: Neko Case is a genius.

On Case's 1997 Mint Records solo debut, The Virginian, she was already a powerhouse of a singer, surrounded by talent and taste, but she's evolved and expanded from there as a performer, songwriter, musician, producer and, well, person (her latest album, 2013's The Worse Things Get, the Harder I Fight, the Harder I Fight, the More I Love You tackles identity issues). Case is still country, but her country is expansive, experimental, rich and all-encompassing; it includes folk, rock, gospel and her own personalized form of dark fairy tales, sympathy for wild animals — the sharp-toothed and imposing kind — and a truckload of soul.

So where to start? Here are a handful of standout Neko Case albums to get you started, that will hopefully give a sense of her tremendous arc. Behold: Exclaim!'s Essential Guide to Neko Case. 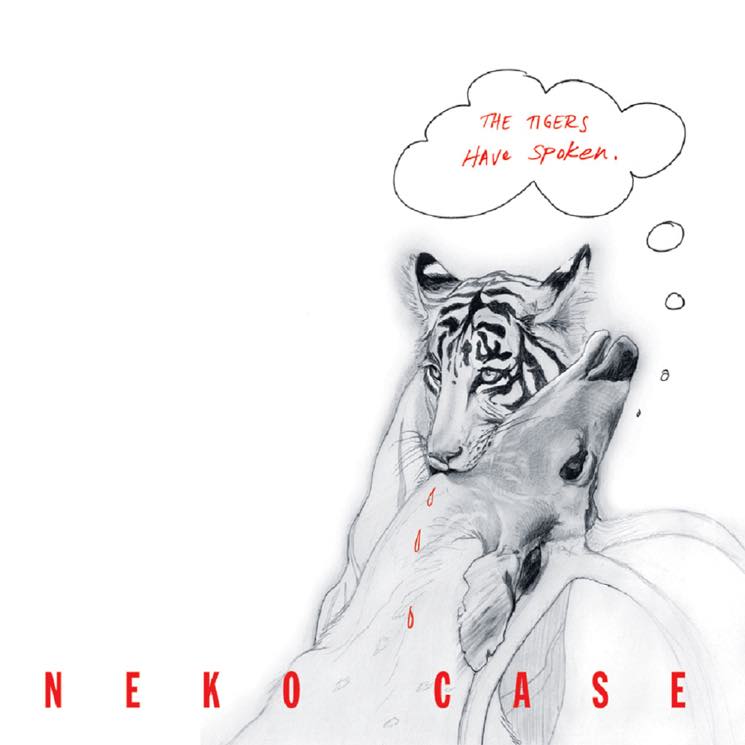 Clearly a labour of love, The Tigers Have Spoken is a rarity in the realm of live albums. There's no lame regurgitation of tried and true fan favourites; with the exception of "Favorite" off the Canadian Amp and the title track off Blacklisted, it was an album of pretty much all new material, all soul and country standards and Neko Case and the Sadies co-writes that sometimes sounded like standards ("If You Knew," for one) even though they weren't.

The Tigers Have Spoken was recorded mostly at dark, sweaty, dingy bars: Schubas in Chicago, as well as Lee's Palace and the Matador in Toronto. The show at the Matador — an old, dark, barn-like after-hours joint — felt especially magical and illicit. There was something absurdly ambitious about the process (which involved a huge cast of guests and Case communicating via in-ear monitor with an engineer in a tech van parked outside, jokingly referring to him as "God") that, thankfully, was matched by the intensity of the grit-intact performances. "Train from Kansas City," the title track (in which you really feel the frustrations of a caged tiger), a punk-tinged cover of Loretta Lynn's "Rated X" that actually does the song justice and a cover of Buffy Sainte-Marie's "Soulful Shade of Blue" are all standouts. 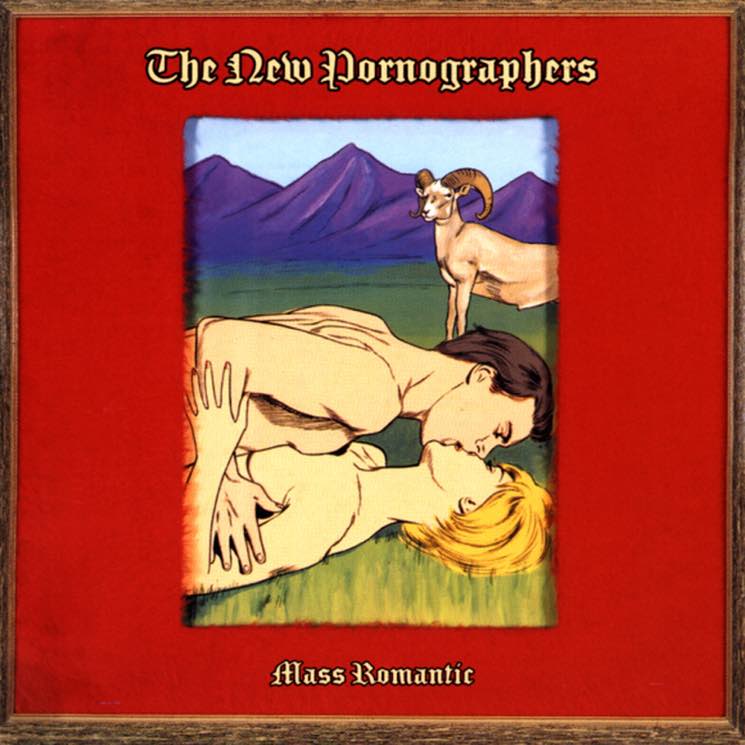 Without Neko Case, there would be no Mass Romantic, and without Mass Romantic there would be no New Pornographers. That may sound like a crazy thing to say about an album that, by all accounts, started off serendipitously with impromptu recording sessions, on which Case contributed a handful of lead vocals and some backup vocals on her friends' tunes, yet there it is. The skyrocketing success of Mass Romantic (and the New Pornographers albums that followed) led to a vital and enduring power-pop institution few could have predicted.

She was already known to be a powerful singer — still, it was a revelation to hear Case kick off the album with such effortless-sounding swagger on the title track, a charming hint of a de-twanged accent (she was born in Virginia, but has lived all over) slightly softening the laser-like efficiency of her performance. Her near-lead (or co-lead) vocals on "The Slow Descent into Alcoholism" and "To Wild Homes" are stellar, but it's the absolutely frenetic "Letter from an Occupant" that's most addictive. On the song, Case sounds like a gum-chewing waitress from some futuristic version of the '50s humorously delivering a weighty message. Try not to hit repeat on that one. 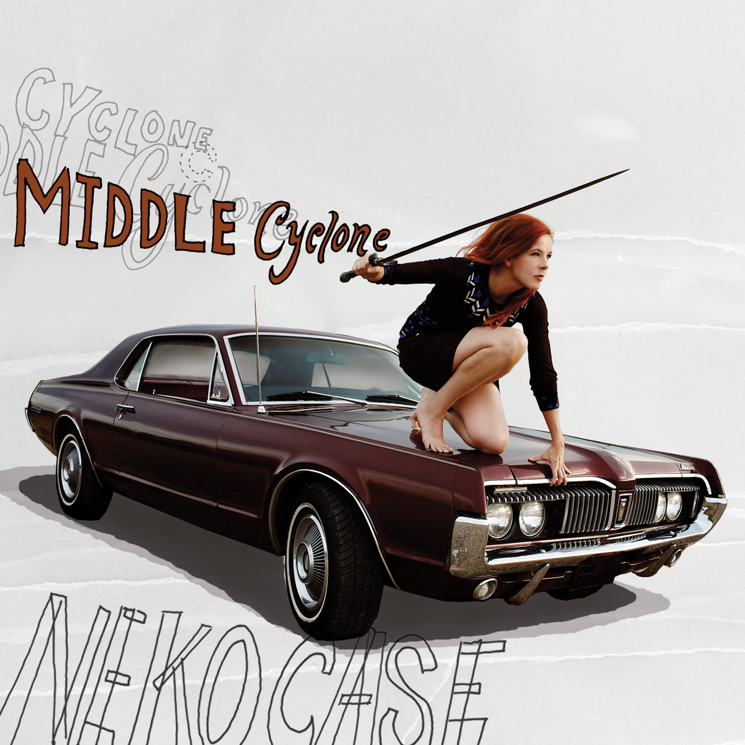 Because she has such a staggering voice, it's tempting to call Case a force of nature. She plays with that concept on Middle Cyclone, her fifth studio album, both in the artwork (the cover is a photograph of Case looking fierce with a sword on the hood of a Mercury Cougar, ready to spring into action) and in the writing, which personifies tornados, cyclones and killer whales.

This is Case's career at its poppiest heights — Cyclone was up for two Grammys — but it's also an eccentric listen. On the album, Case continues her collaboration with Garth Hudson, whose work on predecessor Fox Confessor was wonderfully weird, and expands to a piano orchestra here, with Kathryn Calder, John Collins, Hudson, Case and others all playing Craigslist pianos simultaneously in a barn. There are also homemade music box interludes between songs, and a 30-minute field recording of marsh sounds at night as the final track.

Case isn't all tornado here, though. She's more like a sad, drifting breeze of resignation on the intimate standout title track (just her and guitarist Paul Rigby), where she sings, "Can't scrape together quite enough to ride the bus to the outskirts of the fact that I need love." 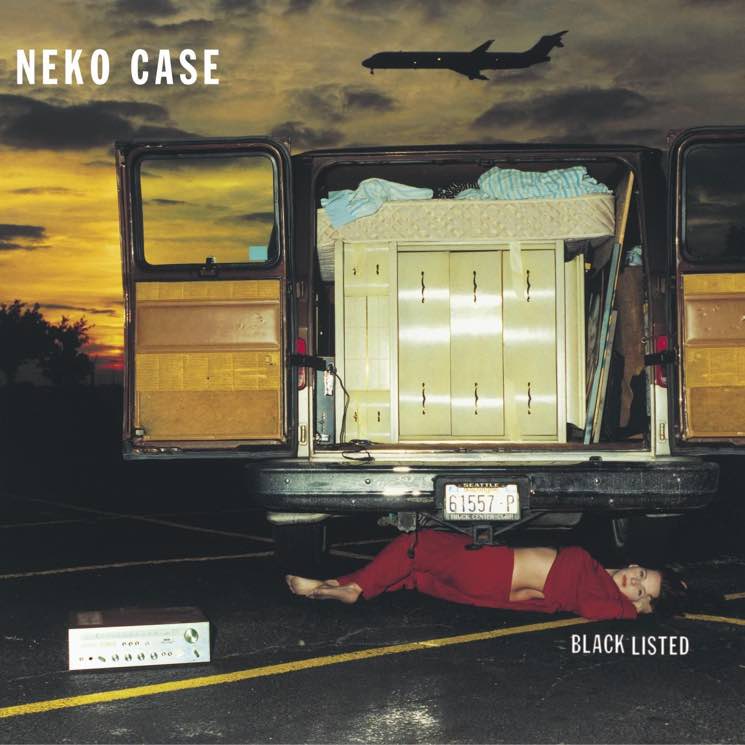 Exclaim!'s 2002 folk album of the year, Blacklisted, is a Case classic; it's absolutely essential. Her third album, and first without her Boyfriends, Case took on most of the songwriting for the first time here, and with help from the Goods, Howe Gelb and Calexico's Joey Burns and John Convertino, she perfected the haunted alt-country noir mood hinted at on her early records. With lots of electric and acoustic tenor guitars, baritone guitar, steel guitar, pump organ and cello, the songs are decadently dark and beautifully scary, providing a sympathetic backdrop for Case's torchy performances.

It's relatively early in her career, yet Case sounds weary, worldly and experienced. Original standouts include "Things That Scare Me," "Deep Red Bells," "Pretty Girls" and "Lady Pilot," on which Case sings she's "not afraid to die." She does a sultry version of "Look for Me (I'll Be Around)" and an impressive cover of "Runnin' out of Fools" but actually, it's her own "I Wish I Was the Moon" that is most haunting, like she's written her own Neil Young classic. 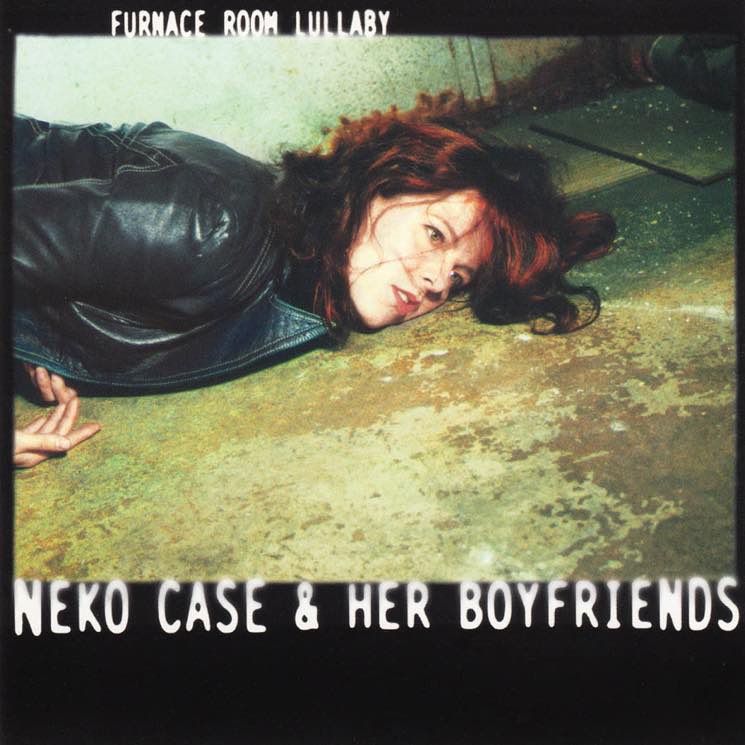 Without a doubt, Neko Case's Furnace Room Lullaby is a melancholic masterpiece of a sophomore album. In retrospect, she was probably still trying to emulate the country greats — her heroes — but for an entire generation, it was (and still is) a template of a perfect breakup record. Or rather, a "stoking the furnace with your entire past so that you can move on" kind of record. "I'm in the mood to burn bridges," she sings on "Mood to Burn Bridges."

Furnace Room Lullaby covers love, yes, and it has the best kind of gut-wrenching love songs on it, but it also touches on roots and identity: "I can't even tell you where I'm from," Case sings on "Guided by Wire," while "Thrice All American," probably the most singalong-able Neko Case song ever, is a celebration of her scrappy hometown, Tacoma. She tackles grief on "South Tacoma Way," which feels wistful and real, never clichéd yet totally universal.

Recorded in Vancouver, Toronto and Chicago, with Her Boyfriends, Furnace Room Lullaby has strong ties to Canada: Bob Egan, Kevin Kane, Carl Newman, Ford Pier and the Goods play on it. Ron Sexsmith and Don Kerr play on it, too, and even helped write two of the best tracks (the beautiful "Porchlight" and classic "We've Never Met"). It was the second and last time that Case made a country album hewing closely to the standard form and with lots of co-writes; you can already hear her drifting and deepening towards what would become her sound on Blacklisted.

She wasn't gonna repeat it, though, and that's fine — it remains spectacular. 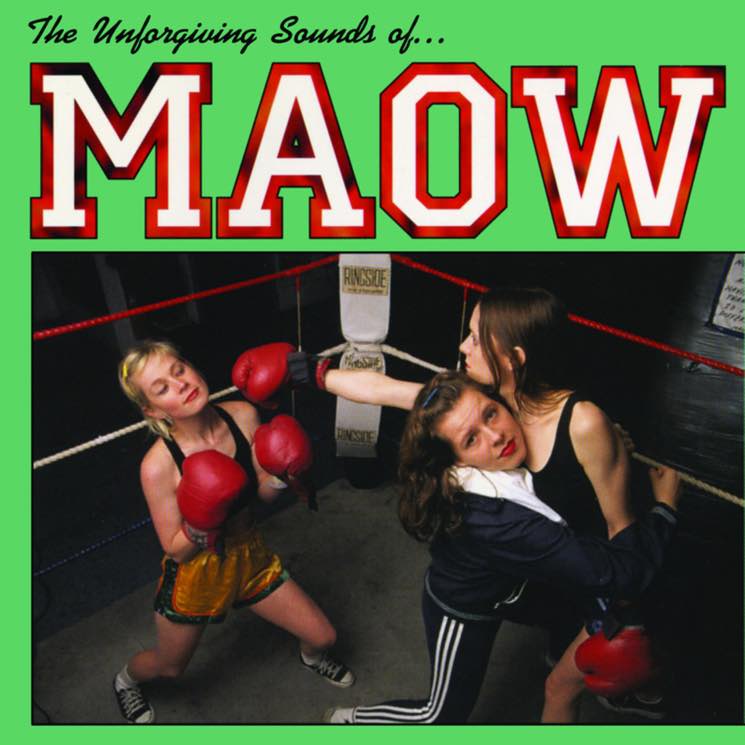 Honestly? Don't avoid anything. But, perhaps it's best not to start with Maow's The Unforgiving Sounds of Maow (1996) or their 1995 EP I Ruv Me Too, as that would be silly; Maow were hyper, infectiously, intentionally fun and silly as hell. Cub are cute, but they don't showcase Case's skills, particularly.

Don't listen to a pile of Case's early recordings all at once, either; initially, she had a tendency to bellow. Sometimes referred to as a "fire hose," her voice had two settings, and the on one was super loud. She's said that the reason she sang so loud on her debut, The Virginian, was nerves. 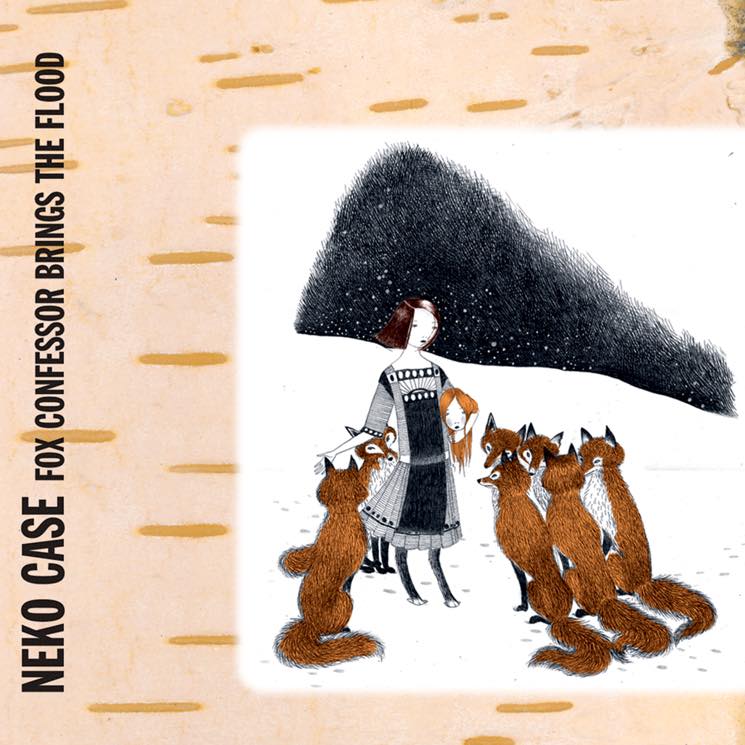 Also, there's the Ukrainian fable-inspired Fox Confessor Brings the Flood (2006). It certainly has some Neko fan favourites on it: "Star Witness," "Hold On, Hold On," "That Teenage Feeling" and rousing gospel tune "John Saw That Number," along with some other dimensional piano and organ playing by Garth Hudson. But it's often a subdued, atmospheric and at times inconsistent listen. Notably, the title track foreshadows the theme of "Down I-5" off case/lang/veirs.

Case's most recent album, The Worse Things Get, the Harder I Fight, the Harder I Fight, the More I Love You (2013), is hard-won, redemptive and personal. The songs come from a vulnerable place, written over a time that Case lost both her parents (who she wasn't very close to) and her grandmother (who she was). It's a synthesis of themes from throughout her career, and the production is beautiful. And it's not all mellow: "Man" proves that Case's sting is intact, maybe even sharper than ever.

Digging deeper in the Case crate, there's 2001's Canadian Amp EP, which was meant initially as a tour-only release but became so popular it was reprinted. It's an early example of Case singing poppier, folkier songs and experimenting with the quieter side of her vast dynamic range. It also functions as a love letter to Canadian songwriters (and maybe, too, our beloved Traynor amps) from our favourite honorary Canadian songwriter.

Finally, for more of Case in the New Pornographers, try both Electric Version (2003) and Brill Bruisers (2014), two of the band's best and most Case-heavy albums.