Guests at the September Social included Shad, George Stroumboulopoulos, Cadence Weapon and members of METZ and Death From Above/MSTRKRFT

Looking for your new favourite instrument? Look no further than the Roland Inspiration Centre, which functions as a sort of community hub for music makers. Located in a beautiful, brick-walled industrial space in Toronto's Liberty Village neighbourhood, the Inspiration Centre gives musicians a chance to test run some instruments that aren't yet widely available in stores.

For the Inspiration Centre's September Social, members of the local music community gathered for an event that was a cross between a concert, a wine-and-cheese party and an expo for Roland and BOSS gear. The night was soundtracked by local dance artist Korea Town Acid (a.k.a. Jessica Cho), who treated the audience to a DJ set as well as a live performance. With thudding beats and squelching, in-your-face synth bass, she made the most of the big rig of glowing gear laid out on the table in front of her. Behind her, a screen displayed mood-setting projections. 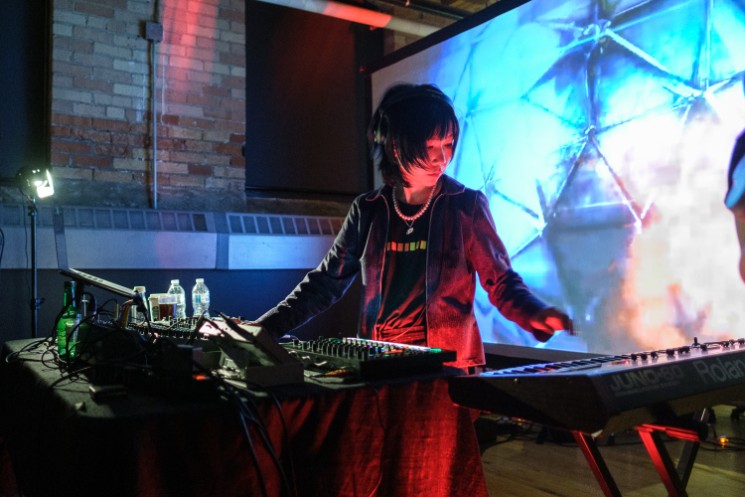 For those not paying close attention to the music, the back of the room was filled with an impressive array of synthesizers, electric pianos and drum machines — some of them not yet available in stores, and all of them plugged in and ready to try. These included: the FANTOM 6, FANTOM 7 and FANTOM 8 synthesizers; the JUPITER-X and JUPITER-Xm synthesizers; the compact but powerful JU-06A sound module; and the MC-101 and MC-707 grooveboxes. There was even a big rig of BOSS effects pedals hooked up to a guitar. 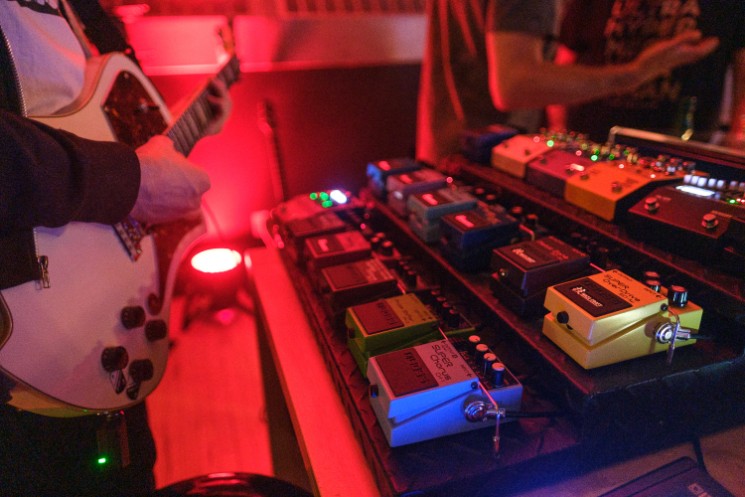 Throughout it all, musicians mingled and enjoyed the drinks and snacks. Notable people in the room included TV personality George Stroumboulopoulos; rappers Shad and Cadence Weapon; backing musicians who play with Shawn Mendes and Alessia Cara; and members of bands like METZ and Death from Above/MSTRKRFT.

This was just the latest in a series of Toronto events put on by the Roland Inspiration Centre. The location hosts two to four evening events per month, including workshops, community events and shows. The centre holds recurring events like Drone Klub and Songwriter's Circle, and the space is open from 1:00 p.m. to 4:30 p.m., Monday to Friday.  Below, check out more photos from the September Social — and keep an eye out for more music community gatherings at the Roland Inspiration Centre. 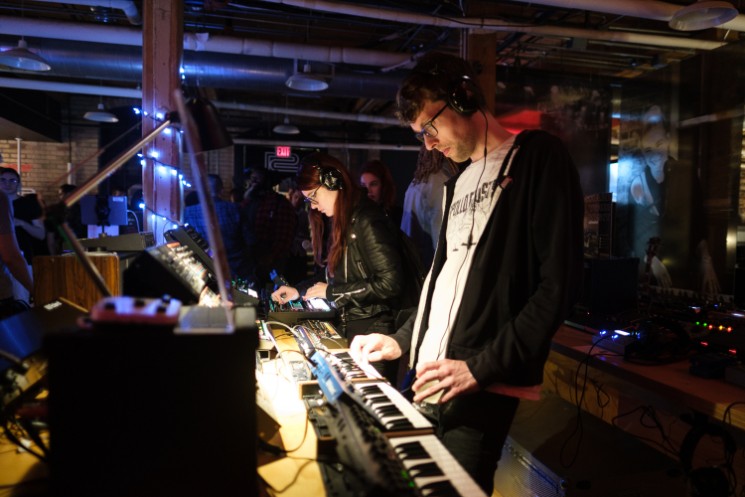 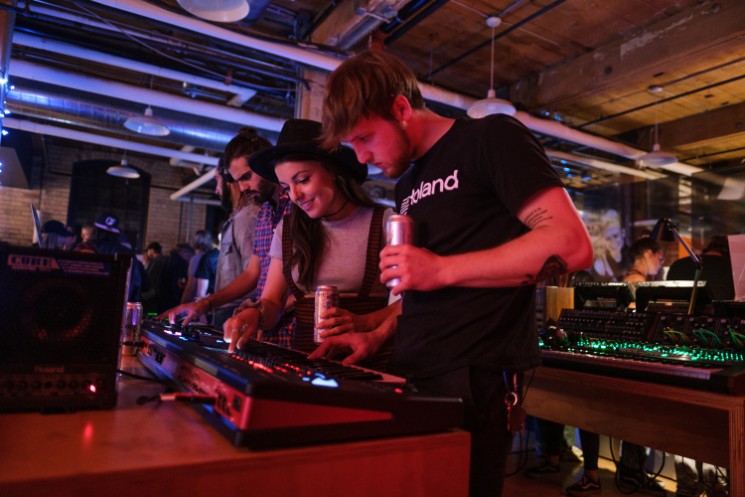 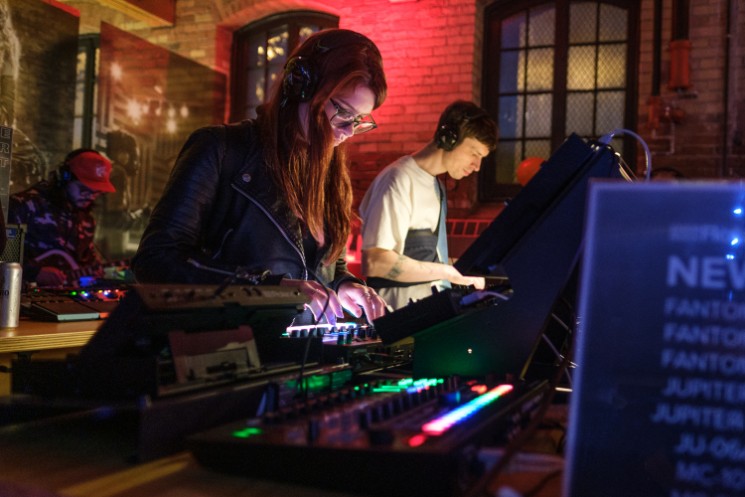