The film includes interviews with members of Fugazi, U2, Aerosmith, Metallica and many more

By Josiah Hughes
Published Apr 12, 2021
Head Foo Fighter Dave Grohl continues to absolutely crush it as a one-man media machine. He's currently got a memoir, a TV show and maybe even a horror movie in the works. But first he'll release What Drives Us, a new documentary about bands in vans.

Before the pandemic hit, the Foo Fighters were preparing to map out their first-ever tour route with the "Van Tour." While that didn't happen, he did get in the van for a new doc about life on the road that features some of rock's biggest names.

Of course, it wouldn't be a music doc without Fugazi's Ian MacKaye. In addition, the movie features appearances from Ringo Starr and St. Vincent, as well as members of Metallica, U2, No Doubt, X and many others. The doc also follows more up-and-coming bands Radkey and Starcrawler.

"This film is my love letter to every musician that has ever jumped in an old van with their friends and left it all behind for the simple reward of playing music," Grohl said in a statement. "What started as a project to pull back the curtain on the DIY logistics of stuffing all of your friends and equipment into a small space for months on end eventually turned into an exploration of 'why?' What drives us?'"

Watch the trailer for What Drives Us below where you'll also find the film's poster. The movie will be released on April 30 via Amazon Prime. 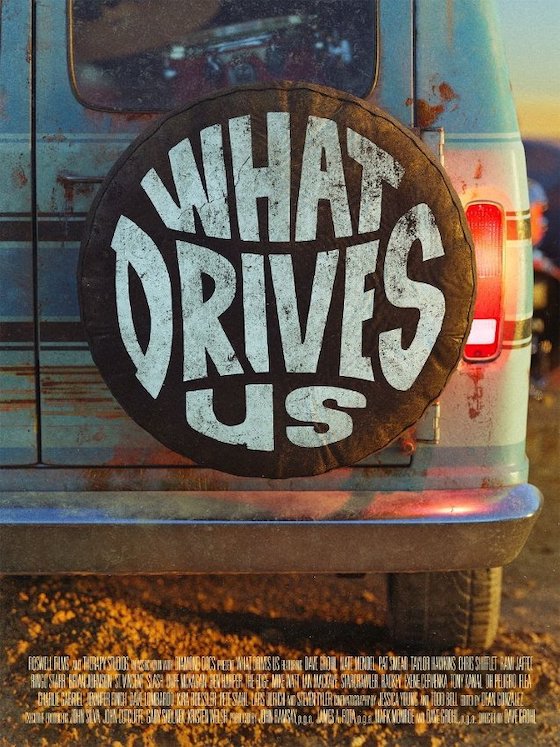