These jack-o'-lanterns include 'Letterkenny,' Drake and Godspeed You! Black Emperor

By Alex Hudson
Published Oct 29, 2020
There's nothing wrong with a classic Halloween jack-o'-lantern, but for those looking to inject a little extra creative flair into their pumpkins, these Canadian-themed carvings can provide inspiration.

From iconic music logos (Drake, the Tragically Hip), to expertly rendered actor portraits (Schitt's Creek, Letterkenny) and even some inside references for the true heads (Said the Whale, Mac DeMarco), these pumpkins are a reminder of just how devoted Canadian music and fans are to their favourite artists.

So even if you spend this Halloween at home instead of trick-or-treating — maybe with a toddler dressed up in a Canadian costume — these pumpkins will get you into the spooky mood all the same.

You guys are really bringing your eh-Game with these carvings! Some of our favourite pumpkins so far, which one do you think should win?

There's still time to enter, winner will be announced Friday! Make sure to post your pictures on Instagram with the hashtag #thehippumkinpatch pic.twitter.com/WkUCv0J02m 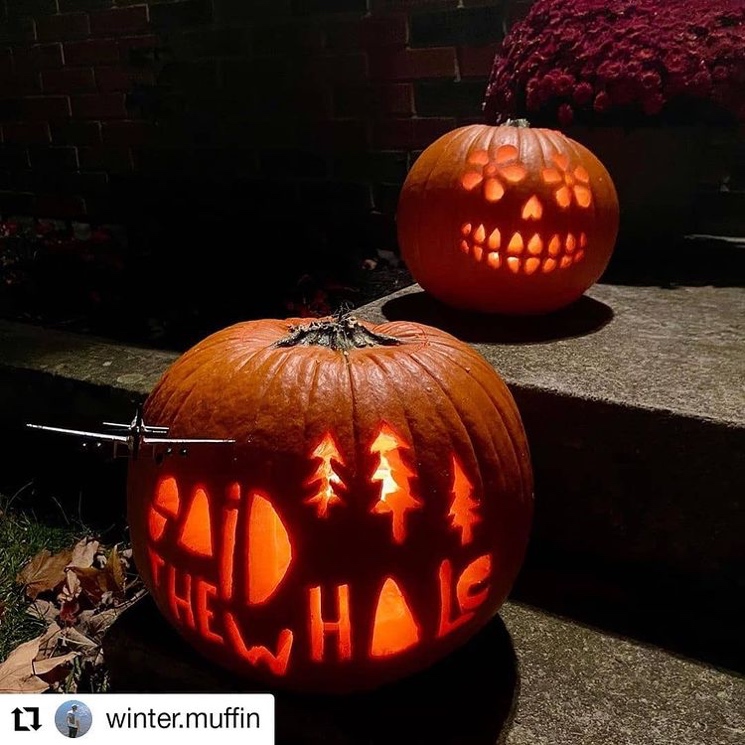 My pumpkin for Halloween! from r/rush

Shout out The Weeknd **Drake voice... Happy Halloween y'all! from r/TheWeeknd

my pumpkin this year from r/macdemarco