By Gregory Adams
Published Jan 16, 2015
Run the Jewels have hit a new milestone in their career, with Marvel Comics set to tribute the rap duo and their fist-flying logo on two different comic books.

An arrangement between the band's management and the comics publisher has produced a pair of variant issue covers mashing together the familiar sight of bandaged hands, gun signs and gold with the superhero world. As you can see up above, the upcoming issue of Howard the Duck #2 has the wisecracking Marvel mallard posing fresh with the apparently rap-loving Guardians of the Galaxy rodent Rocket Racoon. Mahmud Asrar provided the artwork.

A variant of Deadpool #45 by Skottie Young recreates Run the Jewels' logo via the use of the Merc with a Mouth's severed hand, as well as that of big time super villain Thanos. Judging by the floating gauntlet, the jewels these two are running are the all-powerful infinity gems.

Marvel editor-in-chief Axel Alonso explained that the cross-promotional project came to light after catching his son throw up the Run the Jewels hand sign during a football game, but he was also inspired by the worldwide "tag the jewels" graffiti movement that had fans manipulating the already iconic imagery of the band.

Alonso told Rolling Stone: "Seeing the way that my 11-year-old son and his friends were improving off of this really vibrant, iconic image... It got me thinking. If you've got this movement around the world from Bangladesh to Taiwan, people are doing their interpretations of this logo, and I got these roughnecks doing it on the sideline of a football game... Maybe Marvel could weight in on this and have some fun."

Run the Jewels' Killer Mike said of the project, "I knew it was happening potentially, but when it came all the way through, I was dancing around the room in my Polo underwear."

El-P added that the pairing isn't too outlandish, noting the rappers had both been comic fans as kids. El-P read The New Mutants, Spider-Man and more, while Mike took to X-Men and Spawn.

"Comic books are a part of the creative world of a kid in an urban environment," El-P told Rolling Stone. "You might not admit it on record, but you talk to almost every rapper — we all grew up with that shit. I guarantee you like 80 percent of any rappers that you meet probably went through a large comic book phase."

This hasn't been the only hip-hop project for Marvel of late. Last year, the company drew up a variant cover of Captain America that found Cap flanked by ear-drummin' rap duo Rae Sremmurd.

"We've done homages to album covers in the past, of iconic rock bands and hip-hop bands, but this is something a little different," said Alonso. "This is very much picking up on something that's of the moment, and a logo that I think says a lot to a lot of different people." 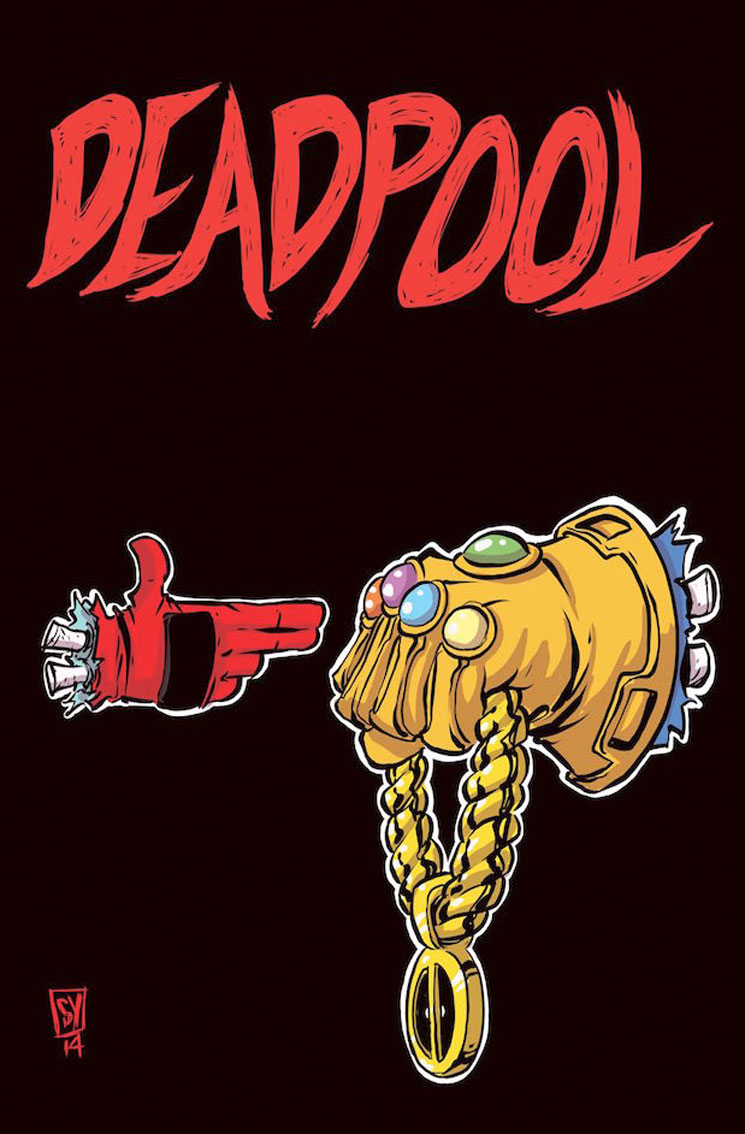