By Alex Hudson
Published Aug 30, 2013
Pusha T's long-awaited My Name Is My Name is finally almost here, and as we await the record's impending October 8, his G.O.O.D. Music boss Kanye West just tweeted a pair of album covers that will serve as the record's artwork.

One of the album covers features a plain white background decorated only with a massive barcode and a small parental advisory logo; this was labelled "cover 1," and you can see it above. As for "cover 2" (which is below), it's a little more eye-grabbing, since it shows a very dark image of Pusha T, who is almost entirely silhouetted against the white backdrop.

These were designed by Kanye and his creative company DONDA.

It's not entirely clear whether these two covers will be interchangeable, or if they will be used for different editions (the digital and a CD, for example), or perhaps in different geographic regions.

My Name Is My Name will feature Kendrick Lamar, Rick Ross, Future and Young Jeezy, plus production from Kanye West, Pharrell Williams, The-Dream and Swizz Beatz. 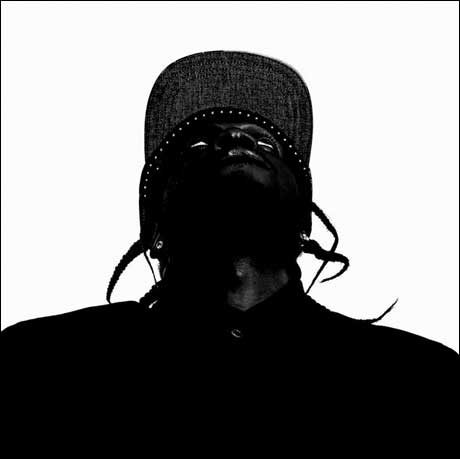