By Stuart Green
Published Sep 01, 2002
The debate over what punk rock is or isn't will continue to rage. Punk is as much about attitude and lifestyle as it is about the speed with which the music is played. It started as a working class rock'n'roll/urban folk music for junkies and the disenfranchised, somewhere between London and New York, and has since mushroomed into something else entirely with sounds that are indefatigably linked to their geography.

London
Regardless of where you think punk actually started, London, and more specifically Malcolm McLaren and his Sex Pistols project, became the mecca for punk. Sure the Pistols may have been little more than a foul-mouthed, junkie version of the Monkees, but they put their music and city on the map. If you wanted to be a "punk" band, you'd do well to move to England's capital city. The density of the city's movement is vast spawning hundreds of bands and dozens of record labels.
Key Recordings: Sex Pistols Never Mind the Bollocks (Virgin, 1977); The Clash The Clash (Epic, 1977); The Damned Damned Damned Damned (Stiff, 1977); Conflict The Ungovernable Force (Mortarhate, 1986)

New York
Although the entire Eastern seaboard could be considered a breeding ground for some of the most essential punk rock (Boston and DC certainly had more than their share of influential bands), New York is home to CBGB, a club that is synonymous with punk, having played host to early performances by Patti Smith, Talking Heads and the Ramones. But over the years, it also became the home to a new brand of punk that became the East Coast hardcore movement. New York is significant too for how its bands were never afraid to experiment and blend genres, clearing the way for artists like Sonic Youth.
Key Recordings: Television Marquee Moon (Elektra, 1978); The Ramones Rocket to Russia (Warner, 1977); Agnostic Front Cause for Alarm (Loud, 1986); Youth of Today Break Down the Walls (Revelation, 1986)

Los Angeles
In the mid-'70s, as New York and London battled for punk rock supremacy, Los Angeles was having a hard time shaking the effects of disco. But in 1980, with a right-wing Californian former actor in the White House (Ronald Reagan), the kids of Los Angeles began to get their rebellion on en masse. And the West Coast punk explosion wasn't strictly limited to downtown La-La Land. In the greater L.A. suburbs of San Pedro, Orange County and Hermosa Beach, the movement was even stronger. While San Fransisco's Dead Kennedys represented the hard-line political side, many L.A. bands, still heavily influenced by the FM radio rock of their parents, were delving into the genre's more melodic side. Unlike other cities, though, the L.A. scene had a "mainstream" cheerleader in the form of radio station KROQ DJ Rodney Bingenheimer who dared to play punk on his vanguard show. The scene was the subject of a brilliant 1981 documentary, Decline of Western Civilization, by director Penelope Spheeris (Wayne's World).
Key Recordings: The Germs GI (Slash, 1979); Black Flag Damaged (SST, 1981); Bad Religion No Control (Epitaph, 1989); Suicidal Tendencies Suicidal Tendencies (Epitaph, 1983) 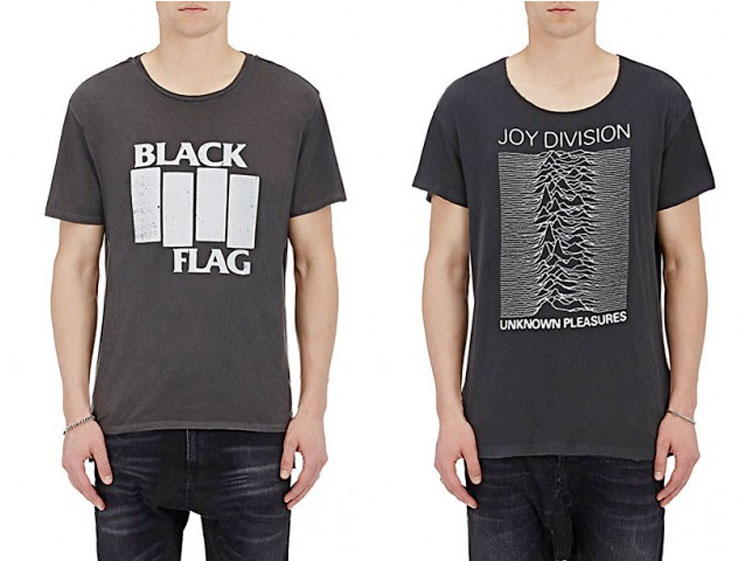 Vancouver
For whatever reason  proximity to the prolific Los Angeles and San Francisco scenes, the copious amounts of organic narcotics and fresh air  no Canadian city produced as much vital punk as this one. Not Toronto with its schizophrenic music scene and certainly not Montreal or Halifax. Like London, it also became a mecca of sorts for Canadian punk bands as bands like SNFU and NoMeansNo relocated from other Western Canadian cities to be part of the scene. Vancouver remains a hotbed of punk activity, which seems to be linked to the extreme sports culture that exists there.
Key Recordings: DOA Something Better Change (Friends, 1980); Dishrags "Past is Past" (Modern, 1979); NoMeansNo Wrong (Alternative Tentacles, 1989); Subhumans From the Cradle to the Grave (Bluurg, 1983); Dayglo Abortions Feed Us a Fetus (Fringe, 1985)