By Brock Thiessen
Published Mar 15, 2018
Believe it or not, this year marks the 25th anniversary of Liz Phair's classic 1993 debut album Exile in Guyville. So to mark the occasion, the beloved songwriter will treat her landmark effort to a sprawling box set release.

The set is called Girly-Sound to Guyville: The 25th Anniversary Box Set, which will arrive on May 4 via Matador Records. It will arrive as a massive 7-LP or 3-CD package, celebrating not only Phair's debut album but her pre-Exile work as Girly-Sound. The release will also be out digitally.

A press release describes the contents within like this:

The box set contains the first official restored audio of all three 1991 Girly-Sound tapes from the original cassettes. It also contains the 1993 Exile in Guyville album remastered by Emily Lazar at The Lodge. Also included is a lavish, thick book, which contains an extensive oral history by Jason Cohen, plus essays by Liz Phair and journalist Ann Powers. The vinyl version of the book also contains never before published photos, unseen artwork, and ephemera.

If you'd rather just have Exile in Guyville on its own, the remastered reissue of the album will also arrive on its own on double LP and CD. It's been out of print for years and now fetches a pretty penny on second-hand markets.

In fact, more Phair albums are also being reissued on vinyl, with retail listings recently popping up for represses of 1994's Whip-Smart, 1998's Whitechocolatespaceegg and 2003's Liz Phair.

To go along with all the reissues, Phair has announced a June U.S. tour, and you can see the dates below. At the bottom of the page, you can also stream "Divorce Song" from the box set.

Besides looking back on her career, Phair is currently working on a memoir called Horror Stories, as well as working with Ryan Adams on the follow-up to her last album, 2010's Funstyle.

You can pre-order Girly-Sound to Guyville: The 25th Anniversary Box Set over here, where you can also see the set's massive tracklist. 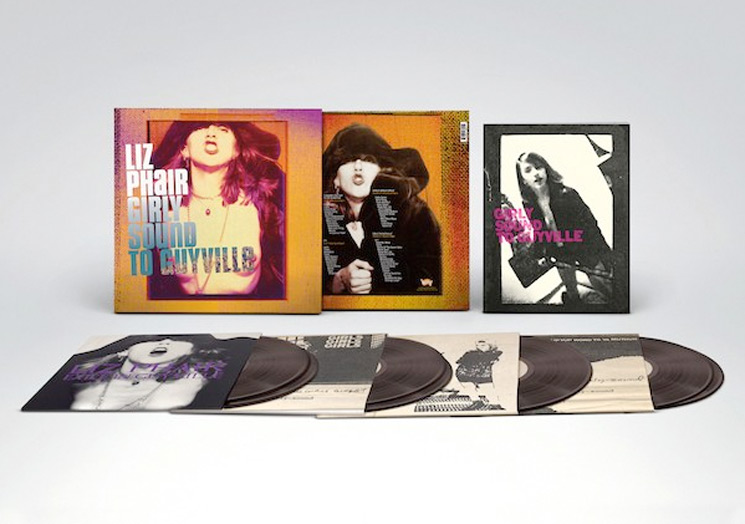