By Cam Lindsay & Stephen Carlick
Published Dec 01, 2015
Shorter and with less perceived artistic importance than LPs, extended players — or EPs — often get painted as somehow lesser musical statements. This is a misconception; like albums, EPs can be complete works on their own, cohesive snapshots of an artist's new direction or an experimental tangent that's just as satisfying as any 10-song collection.

This year was a particularly strong year for these short artistic statements, whether they were from new collaborations, veterans or musical newcomers. Read about our favourite 10 below.

To see more of our year-end coverage, head over to our 2015 in Lists section. 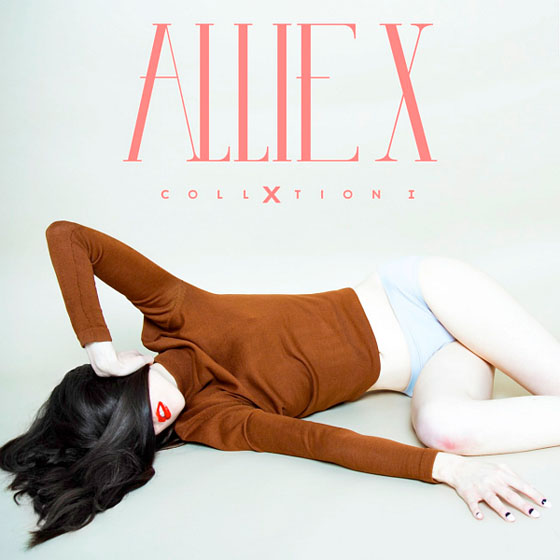 Toronto's Alexandra Hughes caught Katy Perry's attention in 2014 with her debut single "Catch," but despite that boost, the release of her EP CollXtion I seemed to have flown too low under the radar. It's as surprising as it is disappointing; Allie x makes the kind of effervescent dance-pop that rivals (and betters) huge selling artists like Ellie Goulding and Tove Lo.

But if there's one thing Allie exudes on CollXtion, it's a desire for singularity; she encodes cryptic metaphors in her lyrics, disguising them in warm, gooey hooks so alluring that the Cronenberg-ian body horror in "Tumor" feels rather comforting. That this is reportedly the first of five "collxtions" indicates that Allie x is just warming up.
Cam Lindsay 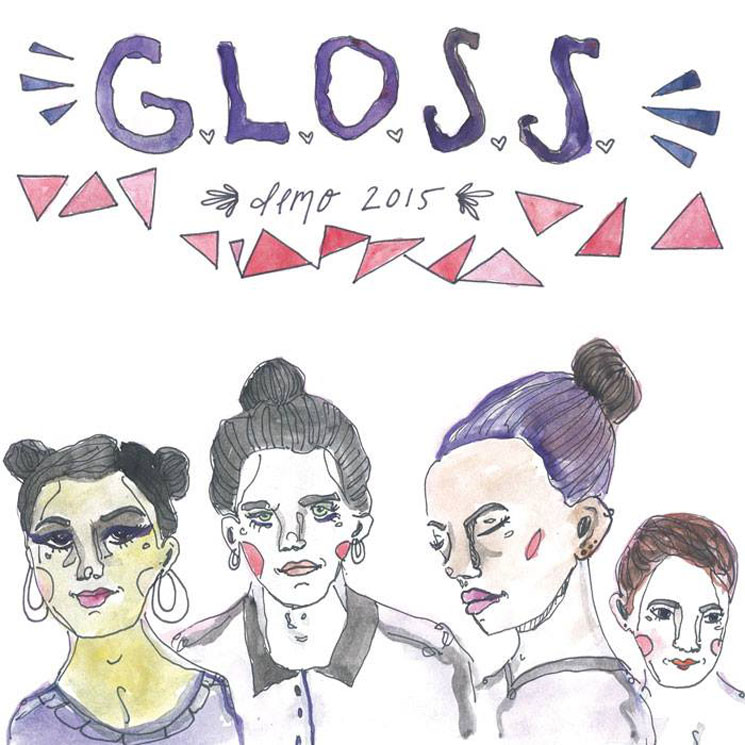 It's a shame that G.L.O.S.S., or Girls Living Outside of Society's Shit, garnered more attention via some transphobic tweets by one detestable band than for their debut EP, because these Olympia punks absolutely ripped it. Self-proclaimed outcasts, G.L.O.S.S. wrote five anthems for the "queers, trans women, women of colour, gender queer femmes, and feminists" out there dealing with ignorant bullshit each and every day.

Hardcore, as a genre, can be a release for the oppressed, and this five-piece spewed plenty of vitriol back at their oppressors, with stompers like "Lined Lips and Spiked Bats" and "Targets of Men" taking down their targets with swift and blinding justice. "We're from the future!" screams Sadie Switchblade, boding well for more releases to come.
Cam Lindsay

The easiest way to describe Harrison's music would be "cute," but that'd be a shallow reading of the kind of emotional music he makes. While the production is squeaky clean and punctuated by bird chirps, 8-bit sounds and handclaps, he's got a firm grasp on melody and an emotional intelligence that underscores the five tracks on his 2015 EP, Colors.

On single "How Can It Be," singer Maddee — who appears on three of the five tracks here — offers a yearning, emotional performance that adds a sense of sadness to the bubbly production. It's the kind of nuanced juxtaposition Harrison mines throughout Colors, suggesting the Canadian producer's got talent beyond his years.
Stephen Carlick 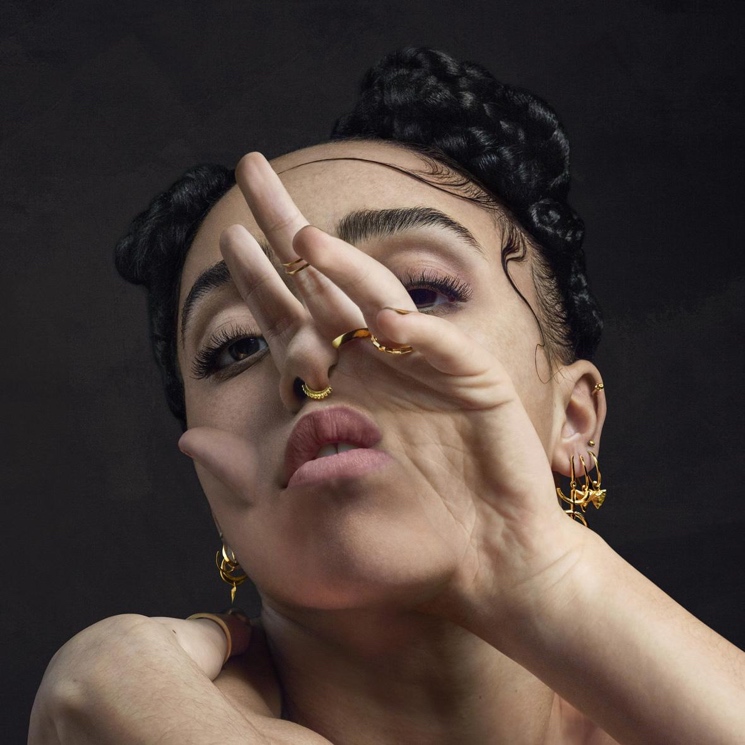 On her first release since her incredible debut full-length, LP1, the artist born Tahliah Barnett opts for a more menacing, rough-edged sound, and it suits her well.

"Figure 8" is a pounding nightmare of a track, all spinning synth creaks and her more assured, richer voice, while "In Time" is perhaps her most straightforward take on modern R&B yet, melodically strong and robustly arranged. The centrepiece, though, is "Glass & Patron," which evokes LP1 but hits harder and cuts deeper, thumping powerfully in the song's middle and again at the end.

M3LL155X is the sound of an already great artist discovering the true extent of her powers — and frankly, it's kind of scary.
Stephen Carlick

After releasing two irresistible albums last decade, Norway's Annie has only trickled out a handful of songs the past few years, in which countless pop stars have bitten her style. Her collaborative A&R EP with Richard X in 2013 obviously stirred up Annie's drive to get back in the game, and on Endless Vacation, she sounded more determined than she has since 2004's Anniemal.

Once again teaming up with X, Annie was clearly in a poignant state of mind, longing for her lover over both the Balearic vibes of "Cara Mia" and the new age-tinged "Out of Reach." The aerobics-ready "WorkX2," meanwhile, is charged with the same NRG as Kylie's "The Locomotion." Let's hope she takes her recent UK No. 3 chart success as indication that we want more.
Cam Lindsay

Someone somewhere right now should be planning some course of action to sign DIY sweat rockers Sheer Mag. If not, well, they should quit their A&R job, because they've missed a band that seem to write effortlessly addictive rock anthems in their sleep.

Following up last year's self-titled 7-inch with a sequel, II, the magic here is all in the synergy between vocalist Tina Halladay's fiery squawk and her band's rough and tumble jamming. Hopefully they never clean up their sound, because the lo-fi whir makes a Top 40-worthy tune like "Fan the Flames" sound a thousand times more sincere than anything on rock radio.
Cam Lindsay 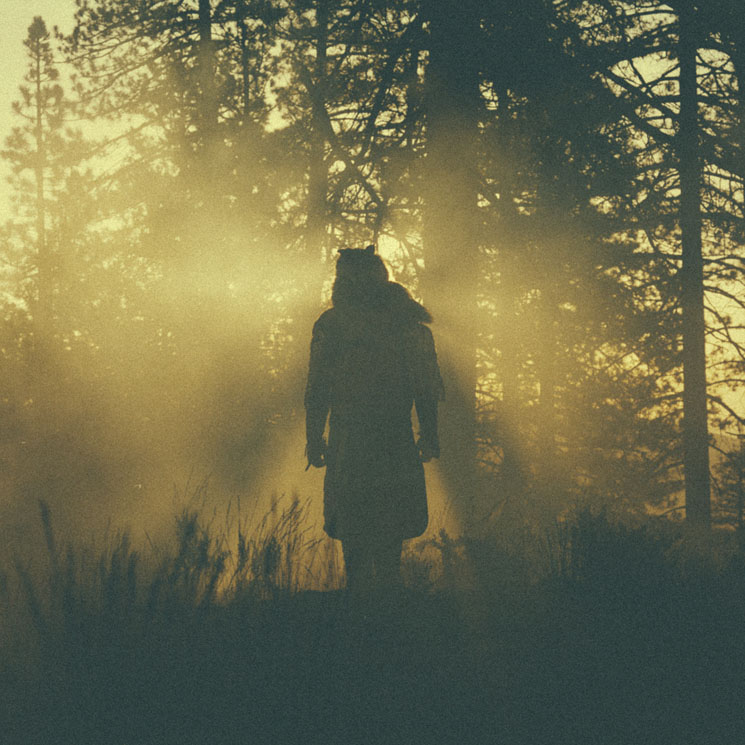 It's baffling that Thundercat's EP The Beyond/Where the Giants Roam didn't make bigger waves this year (that's why it's on our underrated list, too). His most cohesive and assured release to date revels in funk as he always has, and though beauty has always been antithetical to that genre, he's managed to carve out plenty of that in the spaces here, too.

Maybe it's his voice cooing over the strutting bass on "Them Changes" or the sparkling chimes of "Where the Giants Roam/Field of the Nephilim," but Thundercat strikes a masterful balance between gritty and gorgeous on these six tracks, all while exploring a surprisingly vast amount of sonic territory.
Stephen Carlick 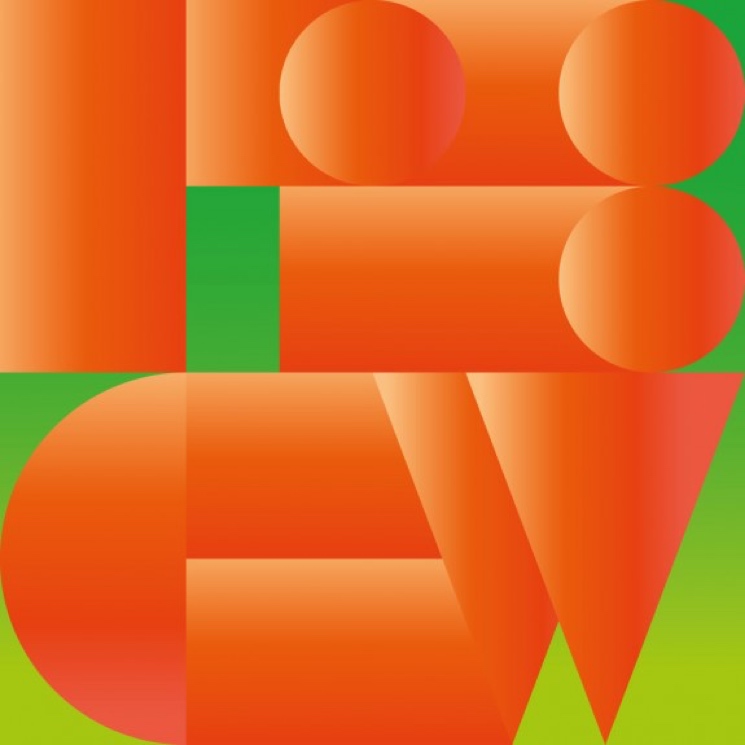 Atoning for any guilt he had over taking four years to release Panda Bear Meets the Grim Reaper, Noah Lennox capped off 2015 with a companion EP comprising outtakes from the album sessions. Normally these types of leftover offerings are simply a way to empty the vault for a quick cash-grab, but the four additional songs here could have easily found a home on the album.

Even "The Preakness," a Tomboy bonus track from 2012 added for good measure, sounds appropriately glowing and dulcet in Crosswords' context. As if PBMTG wasn't generous enough, Lennox made sure he gave his fans plenty to hold us over until the next one.
Cam Lindsay 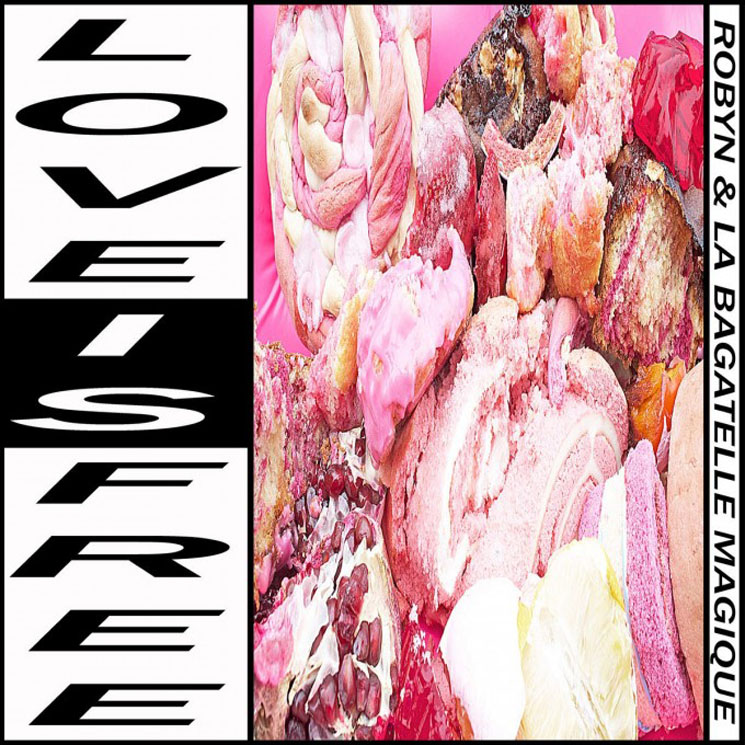 For the second year in a row, pop wunderkind Robyn released a collaborative EP instead of a solo release. And for the second year in a row, she gave us reason to hope this has become a habit for her. Teaming up with Markus Jägerstedt and late producer Christian Falk, the trio composed a frisky batch of bangers that channel the pulsating energy of '90s house with their own unique kinks.

While Robyn normally allows for a breather in her oeuvre, the four dynamic original tracks here encourage the listener to let go of any inhibitions and reach a state of euphoria. That they chose to include Robyn's sassy cover of "Tell You (Today)" by Arthur Russell's Loose Joints project as a bonus fifth track is just icing on the cake.
Cam Lindsay 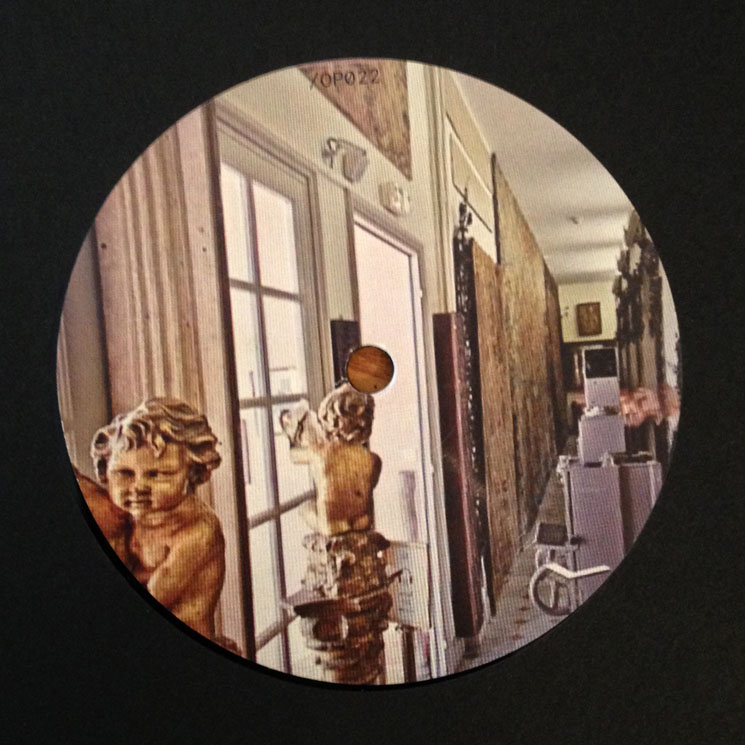 Nicolas Jaar quietly released three of the best 12-inch singles of the year, and since they went by one title — Nymphs II, III and IV — we're considering them as one.

Nymphs finds Jaar indulging his compositional whims; while "Swim" is perhaps his most dance-oriented track to date, "The three sides of Audrey and why she's all alone now" and "Mistress" find Jaar in deconstruction mode, finding elegance in the space between static and warbled textures of the human voice and disjointed piano, respectively. "Fight," meanwhile, combines them all in one epic track.

All beguiling in their own way, the Nymphs tracks felt assured and purposeful this year, regardless of whether they're leading to some unknown destination or marking a journey that's rewarding all on its own.
Stephen Carlick