An Essential Guide to Damon Albarn

By Sarah Murphy
Published Apr 27, 2015
Mapping out Damon Albarn's musical career is a task that will take you around the world — and beyond. After a disappointing 1992 tour of America as the frontman of Blur, Albarn wrote what would become a musical manifesto of British pride with Modern Life Is Rubbish. The album spearheaded the Britpop movement of the mid-'90s, which catapulted Albarn, his bandmates and their scene-sharing rivals Oasis into the charts and onto the cover of every music magazine in their home country, America be damned.

But even before that cocaine and crumpet-fuelled party ended, there were hints of his desire to move beyond the confines of boisterous, bounce-along British pop music. Global influences began to sneak their way into Blur's later catalogue and came to the forefront with releases like Mali Music (the result of Albarn observing and experimenting with a crew of African musicians) and with Monkey: Journey to the West (the soundtrack to a Chinese opera of the same name). In his ongoing musical progression, Albarn even created an entirely new, fictional world with his and illustrator Jamie Hewlett's genre-transcending Gorillaz project — presenting the world's first virtual band.

Blur are set to return with their first new album since 2003 when The Magic Whip arrives on April 28 via Parlophone, so it seems like the perfect time to revisit Albarn's wealth of work. Navigating Albarn's extensive collection of musical output is definitely a daunting journey, so Exclaim! has put together an Essential Guide to Damon Albarn to serve as your tour guide. 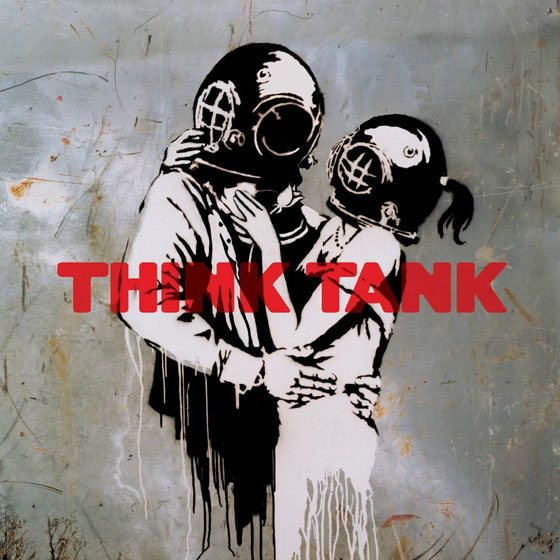 Released in 2003, Think Tank is what most Blur fans believed would be the band's last. Guitarist Graham Coxon left the group midway through the recording process, and the relationships between Albarn and remaining members Alex James and Dave Rowntree weren't exactly amicable. The resulting record moves away from Coxon's preferred guitar-driven, indie rock sound and into more experimental, electronic realms. It paints a portrait of a band — and perhaps the rest of the world — falling apart. Albarn's pacifist politics and disenchanted worldview shine through on songs like "Out of Time" and "Moroccan Peoples Revolutionary Bowls Club," while "Battery in Your Leg" offers a gorgeously sad anthem of utter defeat to close the album and the band's legacy (or so we thought at the time). 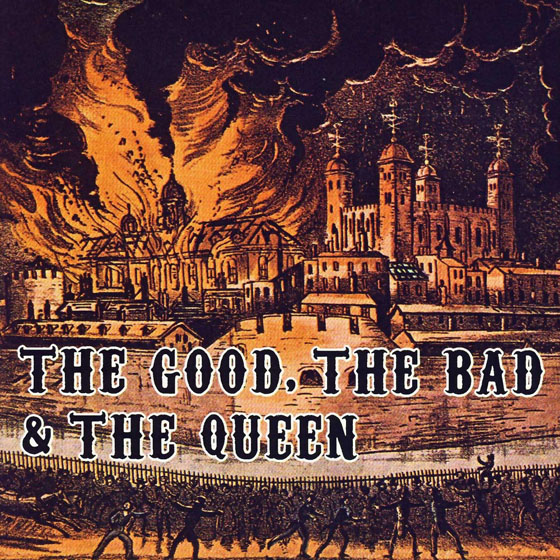 In 2007, Albarn teamed up with the Clash's Paul Simonon, Fela Kuti drummer Tony Allen and Simon Tong of the Verve to release a one-off, self-titled album as the Good, the Bad & the Queen. Produced by Danger Mouse, the record hears Albarn still musing on London society, though with a much more nuanced, mature approach than in his Britpop heyday. Experimental grooves, an expectedly solid rhythm section and Albarn's often keyboard-based melodies drive the record, which spawned infectious singles "Kingdom of Doom" and "Herculean." Albarn also serves up some of his signature melancholia on the acoustic guitar-propelled "Green Fields," while "Three Changes" and "The Good, the Bad & the Queen" showcase how good it can sound when musicians of this caliber get in a room and jam together. 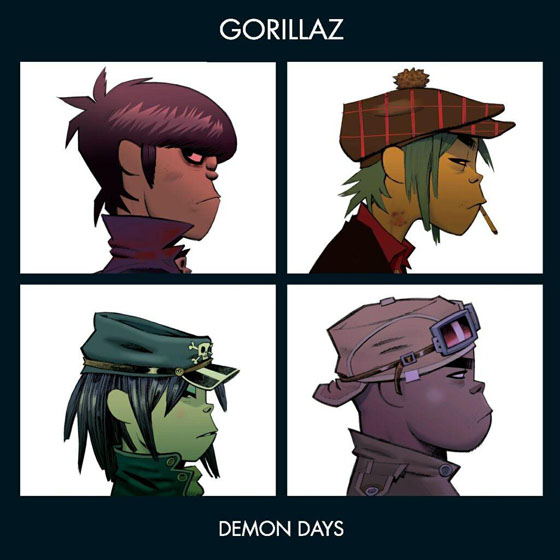 Blending hip-hop, electronica, world music and a jammed roster of guest collaborators, and then projecting the results through an animated, virtual band seems like a terrible idea on paper, but Gorillaz's Demon Days is a testament to Albarn's ability to expertly execute wild ambition. Moving beyond the novelty that reasonably accompanied the project's debut album, Demon Days is an accessible amalgamation of the aforementioned genres and collaborators (which include Neneh Cherry, De La Soul, MF Doom, Roots Manuva and Shaun Ryder) — proven by the international success of singles "Feel Good Inc." and "DARE." The subject matter is pretty dismal and apocalyptic, but it definitely doesn't sound that way. Try to listen to "Dirty Harry" without physically grooving along; then realize you're listening to a youth choir chant "I need a gun to keep myself from harm / The poor people are burning in the sun" and feel like a terrible person. 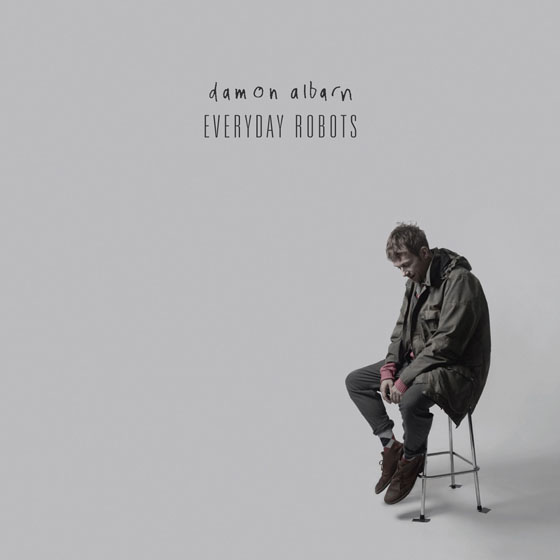 Released just last year, Albarn's debut solo LP Everyday Robots is a fascinating culmination of his wide range of musical influences and experiences. Condemnation of our modern technological habits is blatant on tracks like "Everyday Robots," "Lonely Press Play" and "Photographs (You Are Taking Now)," while his deep-rooted connection to African musical traditions comes through on "Mr. Tembo." Despite the solo label, it wouldn't be an Albarn without some collaboration, and "The Selfish Giant" (with Bat for Lashes) and the triumphantly anthemic, gospel-esque album closer "Heavy Seas of Love" (with Brian Eno) are a couple of his finest to date. 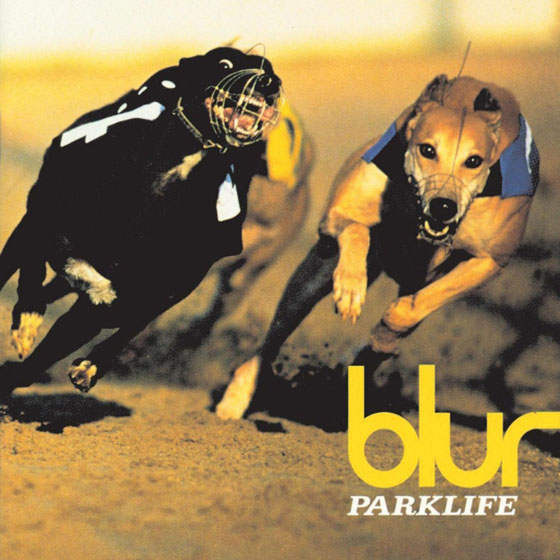 The album that took Blur from quirky, little league British rabble-rousers to pop stars and home-country heroes, Parklife is a vivacious record that perfectly encapsulates, and has come to define, the era of its release — and two decades later, it still hasn't lost its lustre. Taking the nationalistic ethos of Modern Life Is Rubbish and pushing it to an even further extreme, Parklife celebrates dysfunctional "love in the '90s," in an unabashedly, unmistakably British way. "Girls and Boys" opens the album on a glorious, synth-pop high, then takes the listener on a journey through the minutiae of everyday life in the UK, and ends with the tragic, sweeping "This Is a Low." From the city of London to the White Cliffs of Dover, around the Bay of Biscay (and back for tea), the album is packed with points of reference and countless British-isms that North American audiences probably didn't get, but (in the spirit of Cool Britannia) made them wish they were English, nonetheless. 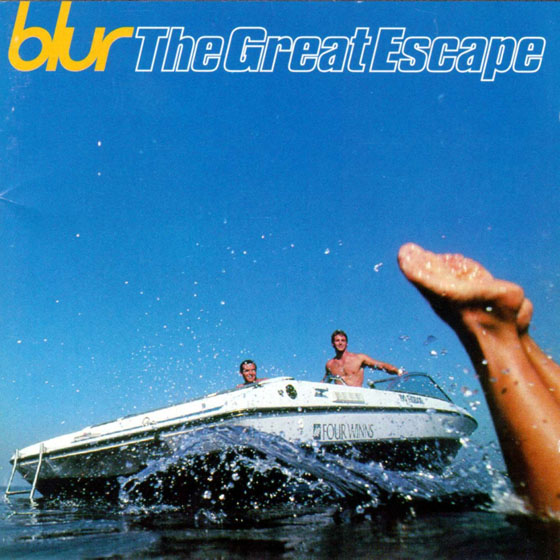 Although Parklife often gets labelled as Blur's quintessential contribution to Britpop, The Great Escape marked the pinnacle of the movement. The infamous Battle of Britpop, which pitted the release of Oasis' "Roll with It" and Blur's "Country House" singles against each other in 1995, resulted in a victorious No. 1 single for Blur, and the album that followed marked Blur's masterpiece of the Britpop era, as well as its bookend — before Tony Blair's endorsement of Cool Britannia made it uncool and Blur ditched the English kitsch and got darker and deeper. Parklife heard Albarn finally embracing modern British life, but The Great Escape hears him moving beyond his geographical surroundings and becoming engulfed by a great, existential loneliness. Opener "Stereotypes" makes a mockery of married life; "Country House," "Charmless Man" and "Mr. Robinson's Quango" maintain the bombast of the Britpop sound but deride the modern British male; "He Thought of Cars" and "Globe Alone" paint pictures of terribly sad, solitary characters; and after all that, it's hard to interpret the hopeful-sounding refrain of "It really, really, really could happen" during "The Universal" as anything other than sarcastic. The Great Escape laid crucial foundations for Albarn and Blur to move out of Britpop and into darker, unknown (and sometimes unsuccessful) territory, while still delivering an exceptional album. 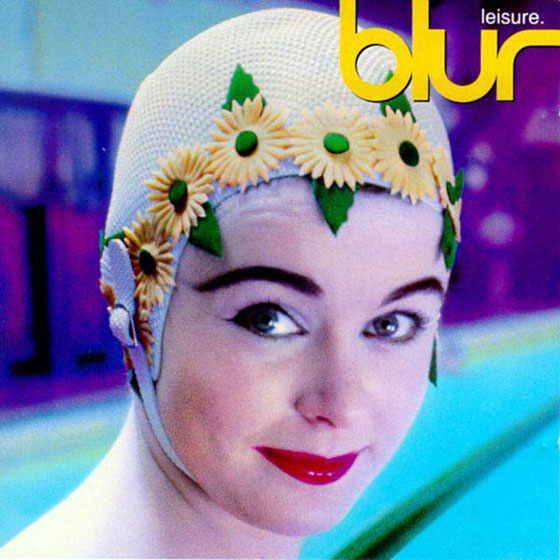 With a career as long and impressive as Albarn's, there's no shame in now admitting that it took a while for him to really hit his stride. Blur's 1991 debut Leisure features the insanely catchy single "There's No Other Way" and the hauntingly beautiful piano-propelled number "Sing," but aside from a couple decent tracks, it's a record that just sounds like it showed up to the Madchester party a little too late. Then there is 1997's Blur, which marked a rebuilding period for the band after the crash of Britpop, and wrestles with Albarn and Coxon's divergent musical tastes, making it a likewise skip-able record (unless you're at a sporting event and feel like shouting "Woohoo!").

Aside from work with Blur, Albarn teamed up with Tony Allen again in 2012, this time with Red Hot Chili Peppers bassist Flea, for Rocket Juice & the Moon. Albarn is at his best when he's making music based around strong concepts and characters, and while this project is indicative of his collaborative spirit, it didn't give Albarn the storytelling platform he needed to shine, instead offering a rather mediocre jam session between musicians that could have (and have) done better. 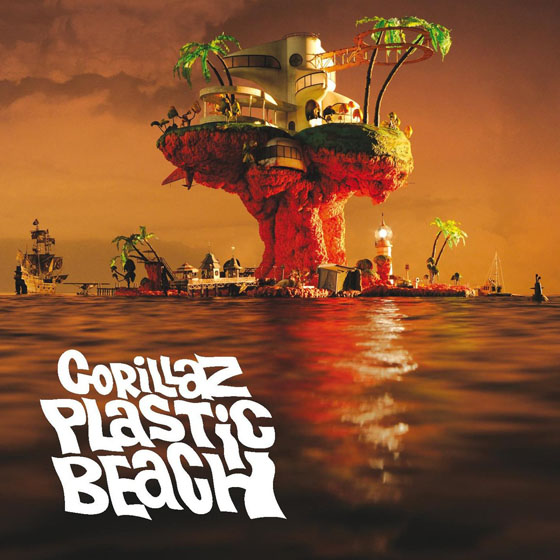 As previously mentioned, Modern Life Is Rubbish laid the groundwork Blur's uncompromisingly British attitude in the mid-'90s and features excellent cuts like "For Tomorrow," "Chemical World" and "Sunday Sunday," and though it's not quite the polished pop that the band would later excel at, it's definitely a mandatory piece in the Britpop history puzzle.

Fans looking to hear Albarn's more experimental, worldly material should try Mali Music. Recorded on a trip to the title locale, Albarn takes a back seat to Afel Bocoum, Toumani Diabaté and an array of supporting musicians trained in the traditions of African music. Albarn sat with the tapes for a few years before tinkering with them and releasing the record in 2002. While his own sonic imprint on the music is almost non-present at times, it's still an insightful listen to the sounds that personally inspire his work.