By Alex Hudson
Published Jun 17, 2015
In recent years, mouse-headed beatmaker deadmau5 has risen to the top of the EDM world. Now, this rodent-to-riches tale has inspired Deadmouse: The Musical, which will be making its debut at the Toronto Fringe Festival next month.

Although the Dale Miller-directed musical was inspired by deadmau5, the dance DJ born Joel Zimmerman doesn't actually have anything to do with it. At the very top of the production's website, a disclaimer reads, "Just so there's no confusion Deadmouse: the Musical is not written by deadmau5 or endorsed by deadmau5. It is a parody. It was written out of love of house music culture." Moreover, it doesn't feature any of deadmau5's music. Rather, the music was composed by Rafe Malach.

According to an official description, the production is "about a mouse who wants to be a house DJ but is discriminated against for being a mouse." As silly as this plot sounds, it's not actually that far-fetched — after all, even a rodent probably could probably hit play on a laptop.

Deadmouse: The Musical will premiere on July 3 at Toronto's Al Green Theatre. There are seven scheduled showings, with the last one taking place on July 11. Tickets are available here for $12 a pop.

Less than a month after Deadmouse: The Musical finishes its run, the real deadmau5 will come to Toronto as a headliner of the VELD Music Festival (which takes place at Downsview Park on August 1 and 2).

UPDATE: Joel Zimmerman, the real deadmau5, has slapped the producers of Deadmouse: The Musical with a cease and desist. Read his tweets and the legal documents below.

UPDATE #2: The dispute has been resolved. Zimmerman tweeted, "There. The dead mouse musical debacle is settled. They have just put up a disclaimer and called it a parody. Moving along now."


while i appreciate their intent, they REALLY went about this the wrong way and dont fully understand how this diminishes certain endeavours


if i dont protect my business who will? you? and if i dont speak, who speaks for me? you? fuck off with thyne self. https://t.co/nVoFxmMYxp 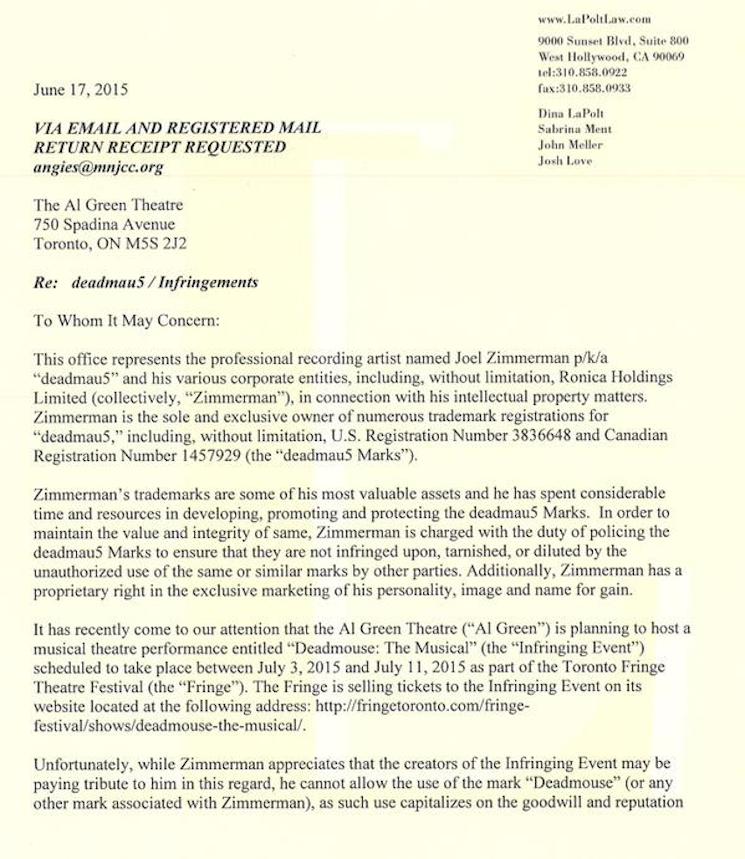 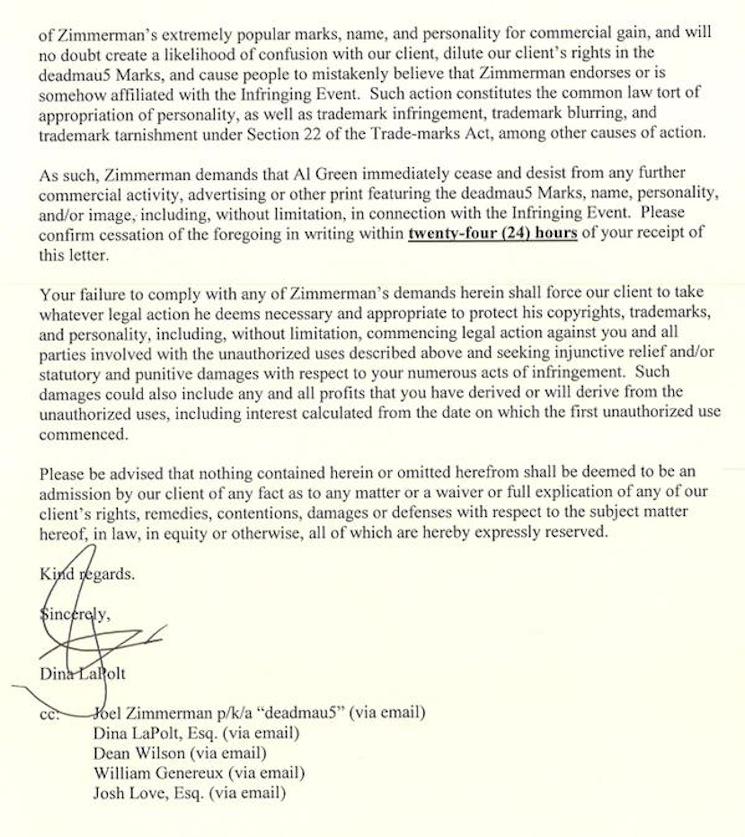