By Alex Hudson
Published Oct 20, 2020
Nearly every great musician begins, first and foremost, as an obsessive fan. Everyone has their own formative influences and, to gain closer insight into some our favourite Canadian artists, we asked a handful of them to share the most treasured albums from their record collection.

To be clear, these aren't necessarily their favourite albums of all-time — rather, these are the beloved records that they value the most. The results include nostalgic favourites, rare signed copies, and two different Jay-Z albums.

Charlotte Cardin – Blood on the Tracks by Bob Dylan 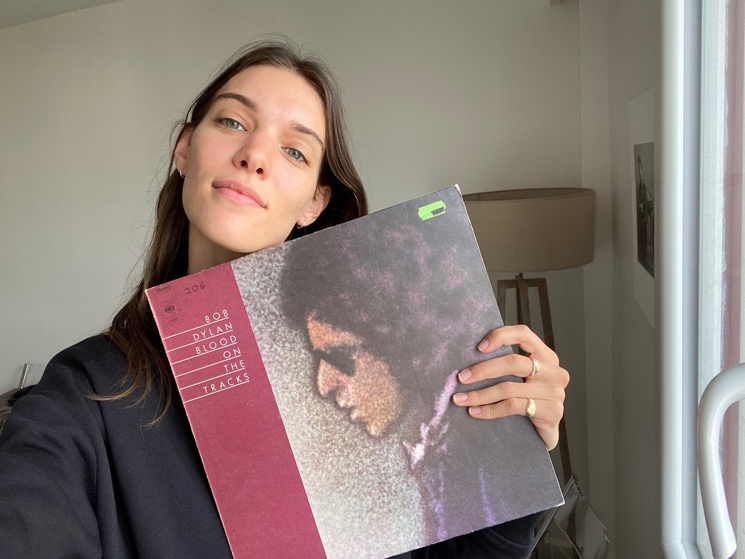 Montreal artist Charlotte Cardin hasn't yet released a full-length album, but over the course of a string of singles and EPs of electro-jazz-inflected pop, she has built up a serious buzz in advance her upcoming debut LP.

Speaking of LPs, her most treasured one is an all-time classic. "Blood on the Tracks is my favourite Dylan album," she tells Exclaim! "It somehow fits any situation or mood I'm in. I bought this vinyl at a flea market in Paris (aux Puces de Saint-Ouen) a few years ago, and that makes it even more special to me, because I associate it with a very happy moment of my life. I am absolutely obsessed with 'You're Gonna Make Me Lonesome When You Go' as well as 'Shelter from the Storm.'" 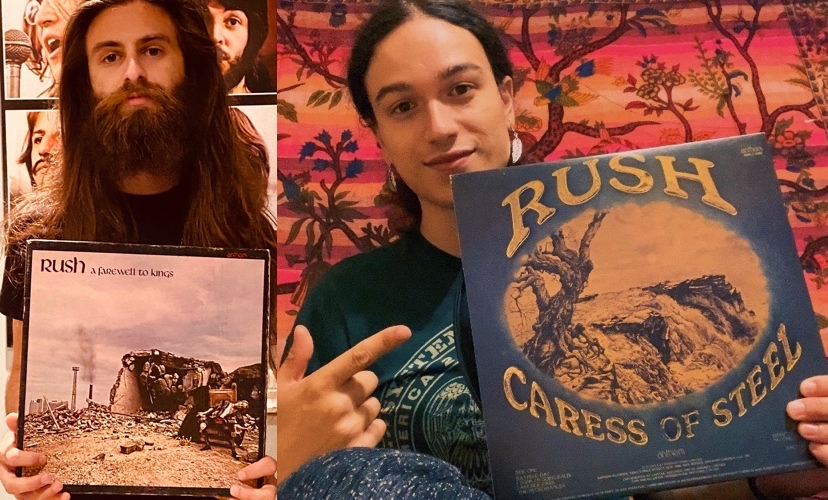 When we asked retro-minded rock duo Crown Lands to share their most treasured albums, Kevin Comeau and Cody Bowles each submitted their own photo — holding a different Rush album.

Bowles says, "Caress of Steel, to me, has the most consistent goosebump-inducing vocal deliveries from Geddy Lee, some of my favourite drum tones, and my all-time favourite Rush song 'The Fountain of Lamneth' caps it off. What a killer album."

As for Kevin, he reveals, "A Farewell to Kings changed my life. It set me off on the path I find myself on today. This is my favourite Rush record. 'Xanadu' is the closest thing to magic I've ever heard." 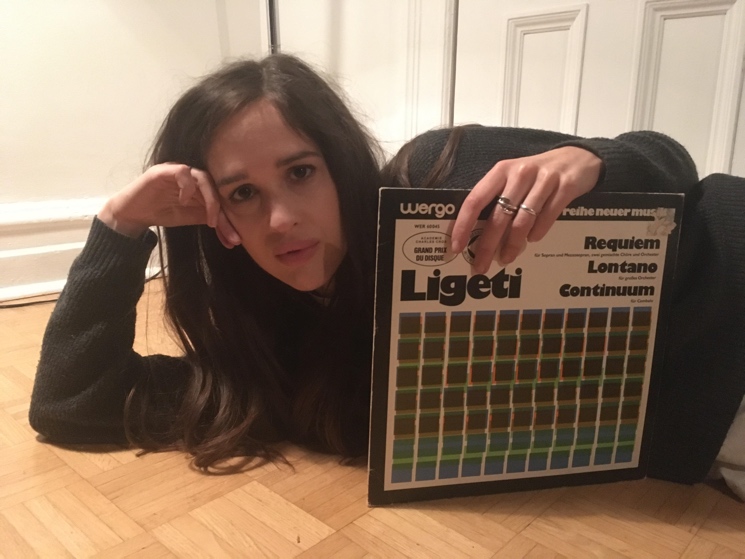 Montreal producer Marie Davidson is known for stretching the limits of dance music, and recent album Renegade Breakdown (with collaborators L'Œil Nu) sometimes exits the club completely. Her most treasured album gives some insight into her eclectic tastes, since she chose a 1969 LP from Hungarian neoclassical composer György Ligeti. She tells Exclaim! that this "is a record that has been dear to me for more then a decade. What I like best in this composition is the vocal section. [It's] great music to listen to before going bed." 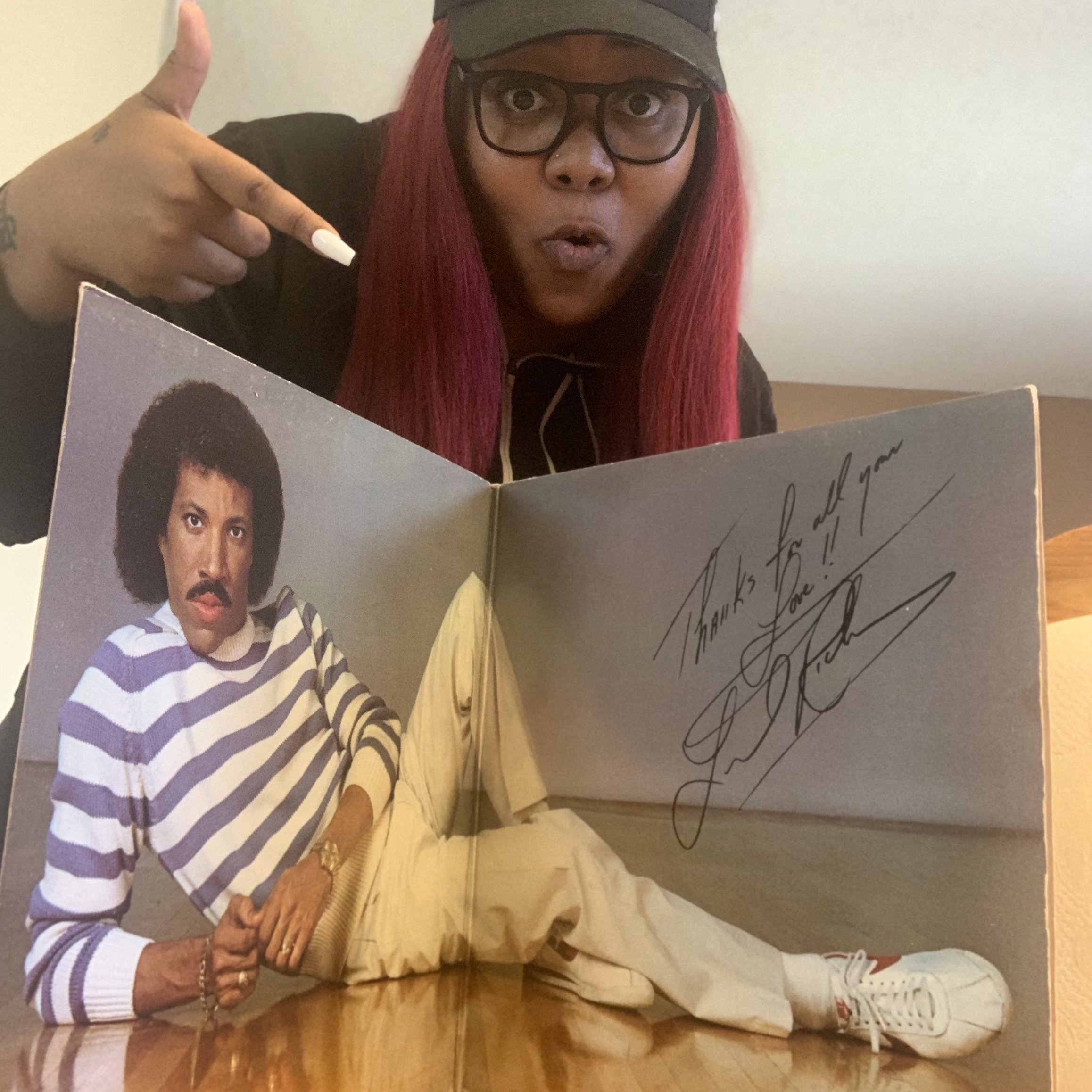 When Toronto rapper Keysha Freshh, a member of disbanded super-trio the Sorority, picked up her copy of Lionel Richie's 1982 debut, she had no idea it would become her most treasured album. She was performing at Hartford, CT's Trinity International Hip-Hop Festival, and she snagged five vinyl records for just $20 from a market vendor. "Once I got back to my hotel, I flipped them open, and to my surprise, this one was autographed," she tells Exclaim! "So that, coupled with the fact that I love 'Wandering Stranger,' yeah, I'd say this is definitely my most prized record."

Kid Koala – dubplate by his daughters, Maple and Ruby 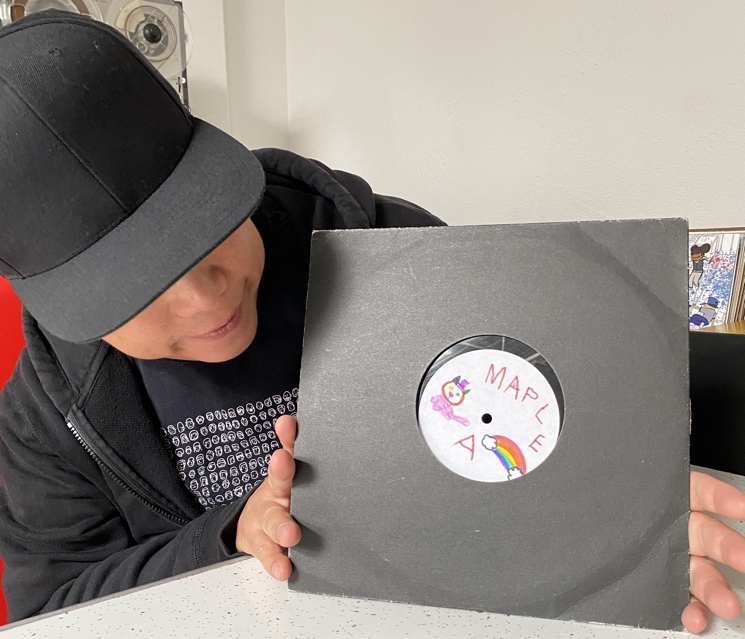 Montreal-via-Vancouver producer Kid Koala is known for his inventive turntablism and impossibly deep record collection — so naturally we had to ask Eric San about his most treasured vinyl. Interestingly, his favourite record is this one, recorded by his young daughters a few years ago and custom-made with a record cutter.

He tells Exclaim!, "If there was a fire, this is the one I would save. It was made around the time I was in production for the Floor Kids video game music. My daughters were recording the party shouts for the game and I was teaching them about sound recording and the science behind magnetic and analog disc cutting. They recorded the alphabet and some numbers and I showed them how to cut a dubplate on the record cutter in the studio. Their voices have changed so much since then! I also love the artwork they made for the centre labels. It's definitely a one of one!"

Lexxicon – The Black Album by Jay-Z

The title of Lexxicon's recent EP, Tropical R&B, is the perfect description for the Toronto artist's music, as he mixes dancehall with modern hip-hop and soul influences. For the most treasured record from his collection, he selected an LP that highlights his hip-hop side: Jay-Z's The Black Album.

He tells Exclaim!, "This album was such a big moment for hip-hop and Black culture, and one of Jay-Z's classic albums. It really pushes me to keep taking my art to the next level until I can have a career-defining classic, as well. It shows where Jay-Z is coming from and how he has turned his music into an empire, and I hope to follow that blueprint."

Joey Brosnan of the OBGMs - Are We Really Happy with Who We Are Right Now? by .moneen. 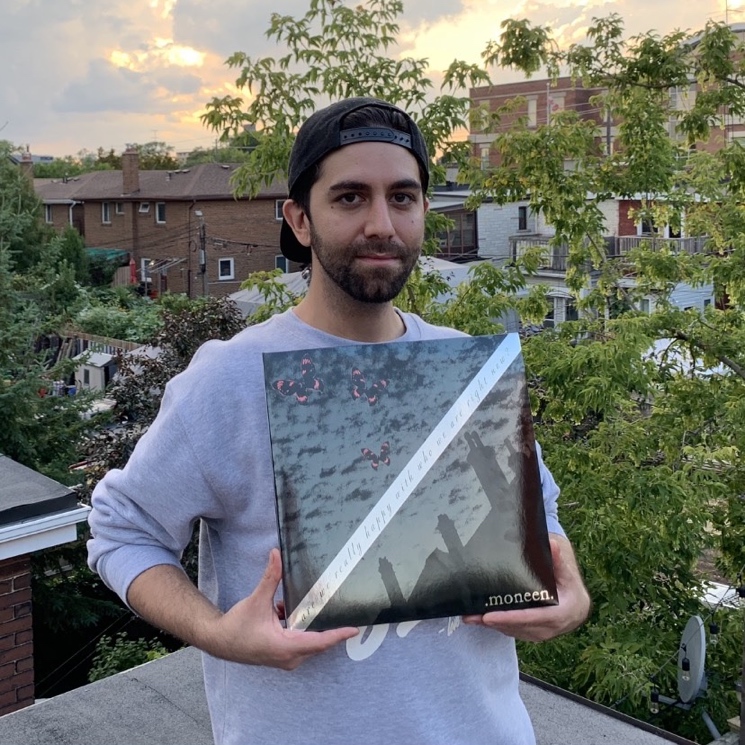 Toronto punk trio the OBGMs tend to kick up a hell of a racket — just listen to the singles from upcoming album The Ends — but Joey Brosnan reveals that his music career was kickstarted by a local classic that's a little more texture and emo-inclined.

"The first show that I ever attended was held inside a church in Brampton," he explains. "The lineup was the Most Serene Republic, Wheels on the Bus, the Junction, and headlined by the prolific .moneen. Witnessing these immensely talented bands ignited something inside me. I bought my very first guitar the next day. Thank you, .moneen."

Terra Lightfoot - Wild Is the Wind by Nina Simone 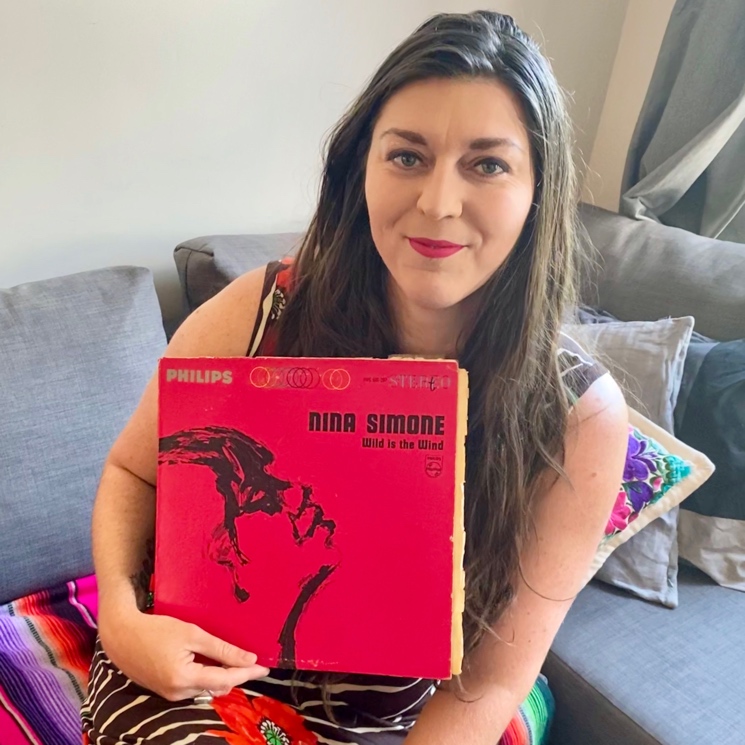 Hamilton songwriter Terra Lightfoot's music channels contemporary pop and rock through the lens of vintage roots rock — as heard on the recent Consider the Speed — so it's only appropriate that her most treasured album is a classic: Nina Simone's Wild Is the Wind.

"This record is so powerful. It still chills me to the bone when I hear her voice jumping off the vinyl. Beautiful production, and every song is a masterpiece," she tells Exclaim! "This record has carried me through a lot of tough times. It's the best thing to put on when I want to forget the rest of the world exists."

Josée Caron of Partner - The Con by Tegan and Sara 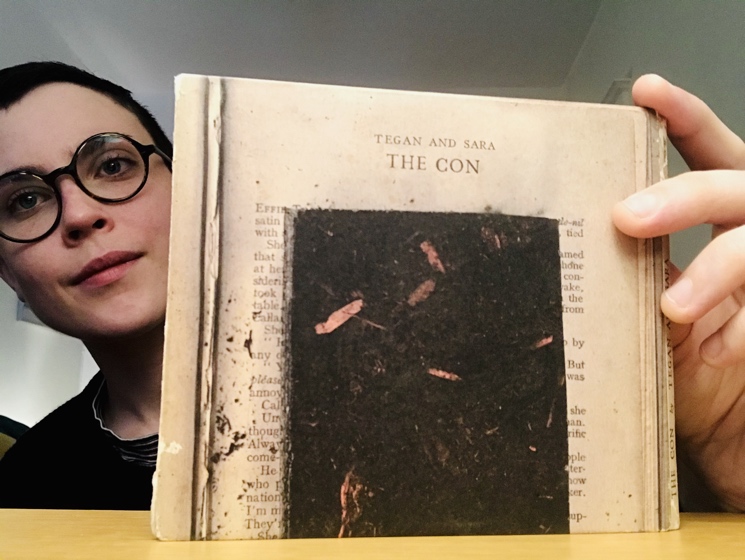 While most people we contacted for this feature picked a vinyl record, Josée Caron of Sackville/Windsor indie rock duo Partner is the only one who picked a CD/DVD set: Tegan and Sara's breakthrough album, The Con.

"This legendary CD and DVD set was my most prized possession in 2007 (grade 11 for me)," she says. "It's safe to say I would not be who I am today if I hadn't watched the DVD while straightening my hair every single morning before school. Thank you Tegan and Sara!" Hear this persisting Tegan and Sara influence on Partner's upcoming new album, Never Give Up.

TOBi - The Blueprint by Jay-Z 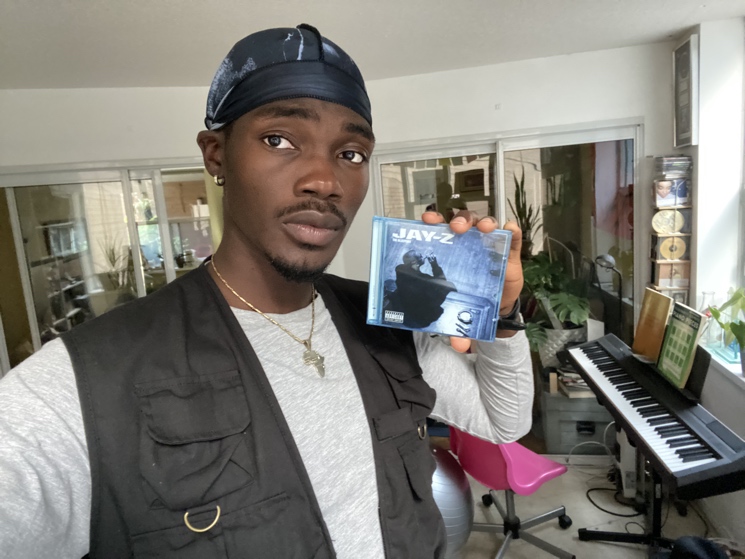 Fast-rising Toronto hip-hop/soul singer TOBi is releasing his collection Elements Vol. 1 this week, and if you're seeking to understand his influences, look no further than his most treasured album, a 2001 classic from Jay-Z. "The Blueprint is a special album to me," he says. "This was the genesis of Kanye's soul sampling on a major commercial level. Soul music and great writing makes those songs timeless. It has really influenced the music I'm making right now, actually."