The Best and Worst Releases of Record Store Day 2015

By Alex Hudson
Published Apr 15, 2015
The most hotly debated day of the music calendar is back once again. Record Store Day used to be the toast of music makers, sellers and buyers alike, as fans flocked to brick-and-mortar indie shops every April in the hopes of snagging one of the exclusive releases.

But in recent years, many former RSD supporters have soured on the concept. Stores complain that the supposedly "limited-edition" releases end up clogging the shelves for months, while bands and labels bemoan the snarl-ups and delays at pressing plants. What was once a beloved boost to indie shops has begun to be seen by some as a cash grab, and even major labels have gone on the defensive.

When the big day comes on April 18, we'll see both sides of the coin. There are lots of releases that we're excited to line up for (and maybe even fork over big bucks on eBay), but there are others that are destined to wind up in bargain bins and dusty storage rooms.

So as you get ready for the eighth annual edition of Record Store Day, here is Exclaim!'s list of the 10 best and five worst releases coming our way this coming Saturday. To see all that's up for grabs, check out the full list of RSD exclusives here. You can also learn how some Canadian DIY labels feel about the divisive event over here in a new Exclaim! interview. 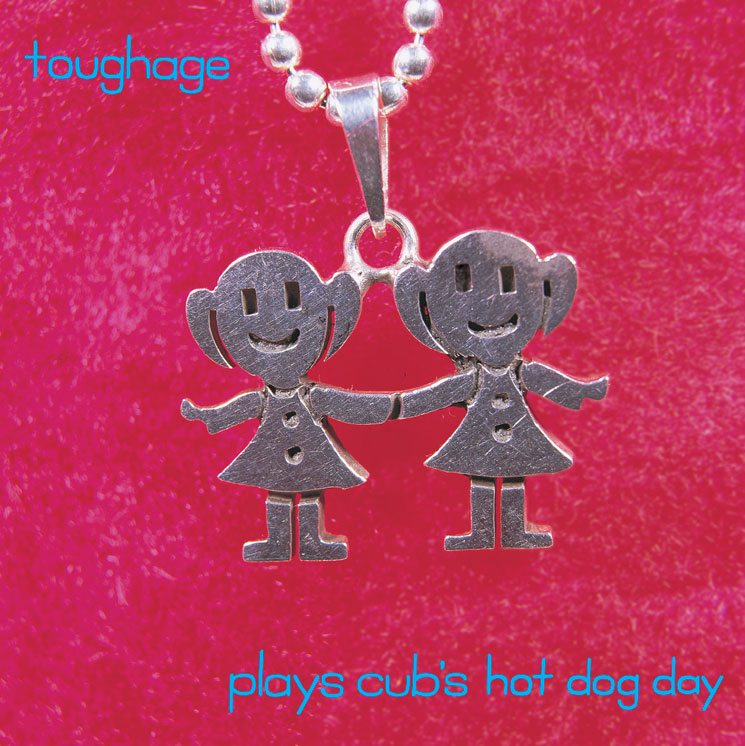 Two generations of Mint Records artists are coming together, as contemporary garage-rock upstarts Tough Age are covering '90s cuddlecore champs cub. This 7-inch is a front-to-back reworking of the six songs from cub's 1993 EP Hot Dog Day, which are delivered with fiery energy and a sense of good-natured fun. It was recorded by returning studio collaborator Jay Arner and comes on what's being described as "(very-)watery-ketchup-coloured" vinyl. Delicious! 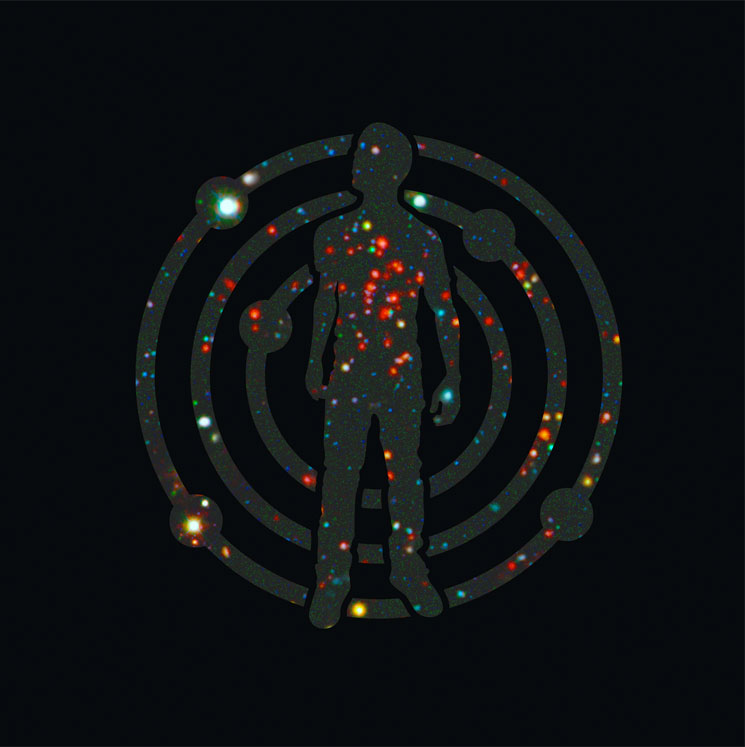 Kid Cudi's Man on the Moon series has been billed as a trilogy, but the exploratory hip-hop artist added this spinoff album to the series. Satellite Flight was originally planned as an stopgap EP, but it ended up growing into a full-length, which was released digitally in 2014. We're still awaiting Man on the Moon 3, but as Cudi goes about making that long-anticipated album, this double-vinyl pressing of Satellite Flight should help to tide fans over. 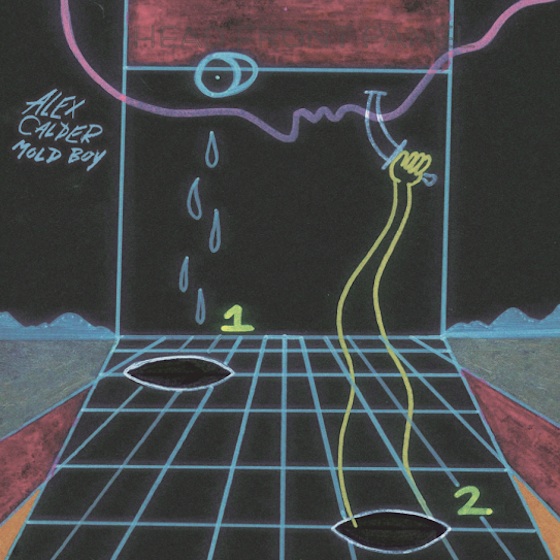 Before Alex Calder became a weirdo-pop whiz under his own name, he played in Mac DeMarco's band and released music under the moniker Mold Boy. But even though he's since moved on (and recently released a new album), he's taking a look back with this 14-track vinyl compilation of material recorded between 2010 and 2013. As excited as we are about this, we can't help but wonder: when is DeMarco finally going to give his old Makeout Videotape project a vinyl reissue? 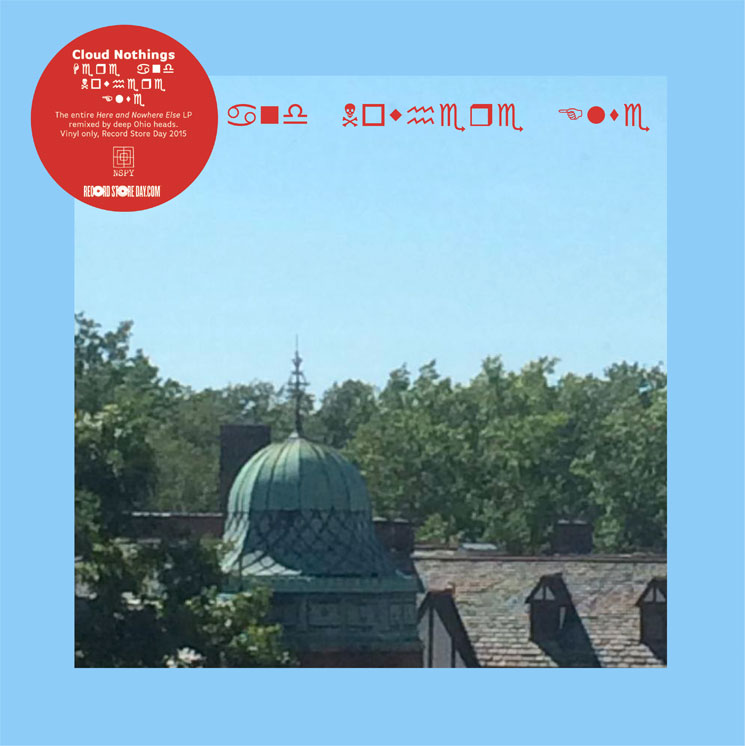 This is a bit of a peculiar one. Cloud Nothings' Here and Nowhere Else was one of the best rock records of 2014, but now these aggressive, stripped-down indie rock anthems will be getting a radical reworking thanks to this front-to-back remix album. An announcement promises "electronic/experimental" versions from Ohio friends Sam Goldberg, Khaki Blazer, Factorymen, Adam Miller, Outer Space, Quicksails, Forest Management and Bee Mask. We're (mostly) not to sure what this double LP is going to sound like, which is part of the reason why we're so intrigued. 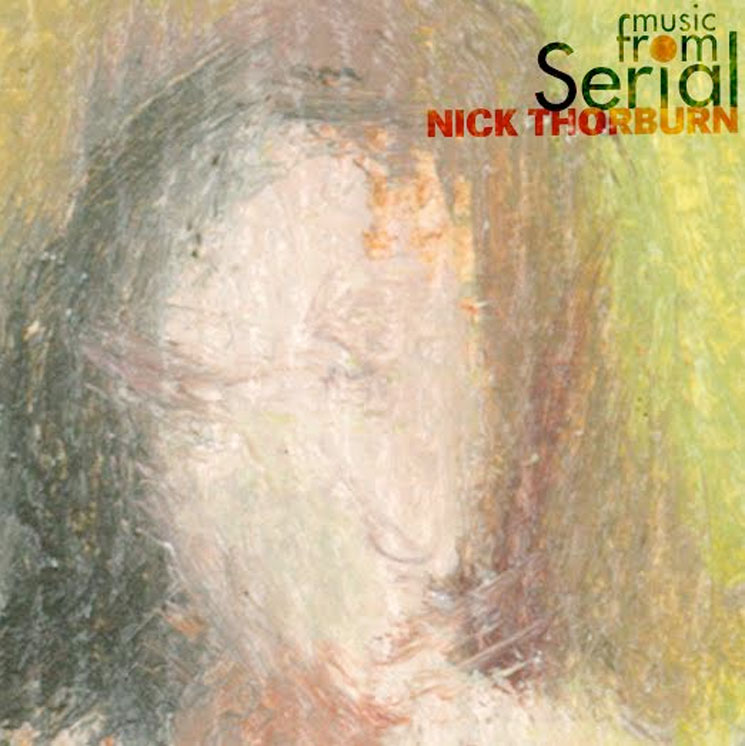 It goes without saying that the main draw of This American Life's Serial podcast was the riveting real-life murder mystery surrounding Hae Min Lee and her alleged killer Adnan Syed. But another part of what made the series so captivating was the mood-setting music from Islands/Unicorns songwriter Nicholas Thorburn, who composed this instrumental score (including the signature, plinky-sounding main theme). The soundtrack was released digitally while the podcast was being rolled out back in the fall, and now it's finally available on 12-inch wax. 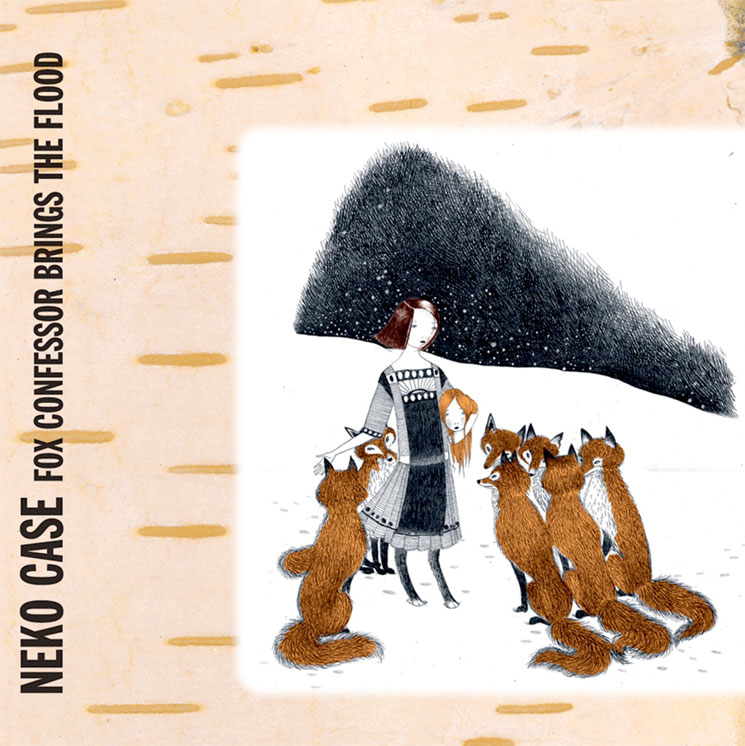 Neko Case's stunning album Fox Confessor Brings the Flood first came out back in 2006, just before the vinyl boom really took hold. This has meant that Fox Confessor is hard to come by on wax, so we're very pleased to be able to get our hands on a copy this Record Store Day. Once we put this red vinyl on our turntable, we'll finally be able to say that the needle has landed. 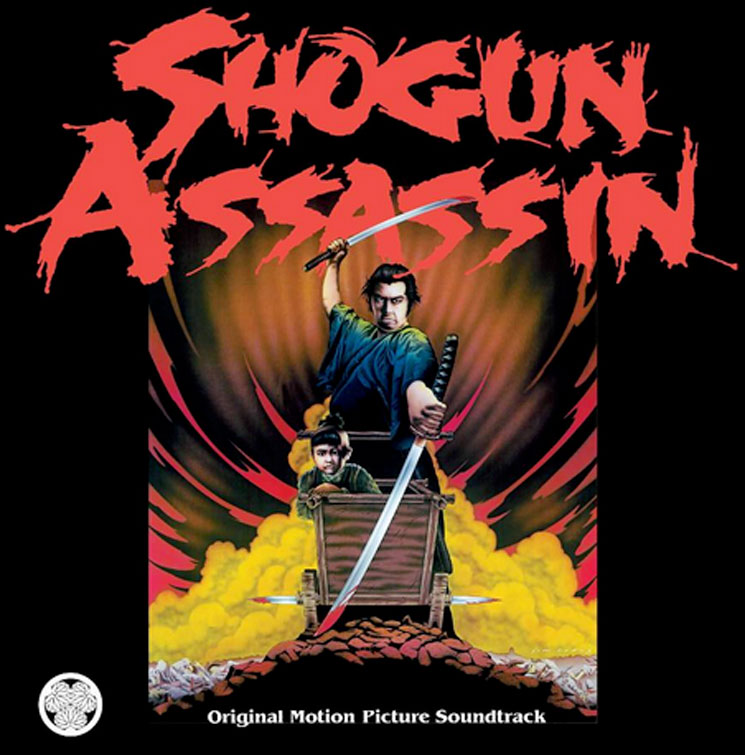 Even those who aren't familiar with the 1980 martial arts film Shogun Assassin, or the Wonderland Philharmonic (a.k.a. Mark Lindsay and W. Michael Lewis) may be acquainted with the project indirectly through Wu-Tang member GZA's 1995 hip-hop classic Liquid Swords, which heavily sampled the flick. This Moog synth score is a mix of East and West, of ancient and futuristic, and the fact that it's previously received only very limited vinyl pressing make this a must-have for soundtrack aficionados.

3. The White Stripes
Get Behind Me Satan
(Third Man Records) 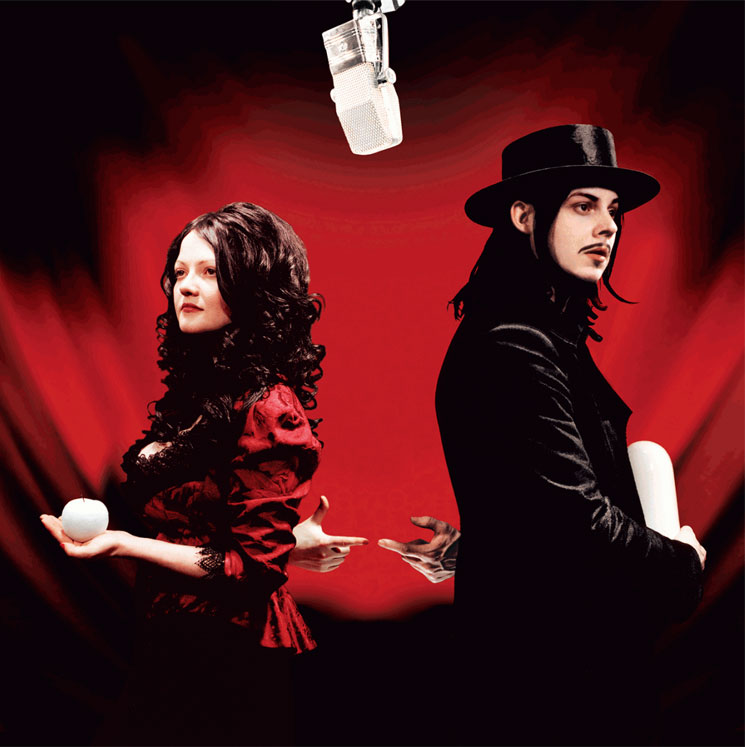 Given Jack White's status as the modern era's vinyl guru, it's rather surprising that his discography has long had one glaring omission: the White Stripes' 2005 album Get Behind Me Satan has never previously had a proper commercial vinyl pressing. That will finally change for its 10th anniversary, with this double-vinyl edition arriving on red and white wax with a 3D lenticular album cover (which changes depending on which direction you look at it from). The record is set to get a wider release later in the year, although we don't know exactly when that will be (and it won't come with the snazzy artwork, if you're into that sort of thing). For anyone who has been waiting for a decade to own Get Behind Me Satan on vinyl, this one is long overdue. 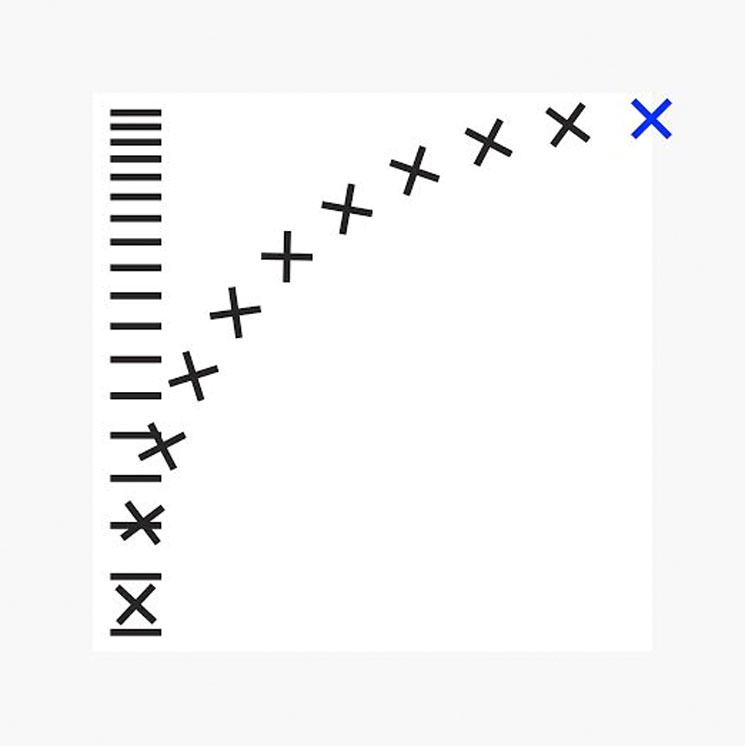 For many artists, Record Store Day is time for archival reissues, so let's give Oneohtrix Point Never's Daniel Lopatin some credit for delivering an LP of material that we've never heard. This one was inspired by the videogame soundtracks of Japanese composer Manabu Namiki and commissioned by the Red Bull Music Academy for a performance in 2014. Lopatin performed a reimagined soundtrack to Koji Morimoto's anime film Magnetic Rose, and now it's being released to the public in the form of this well-deserved LP pressing. Lopatin clearly has this whole Record Store Day thing down pat — we named last year's Commissions I as one of the most desirable released of Record Store Day 2014. 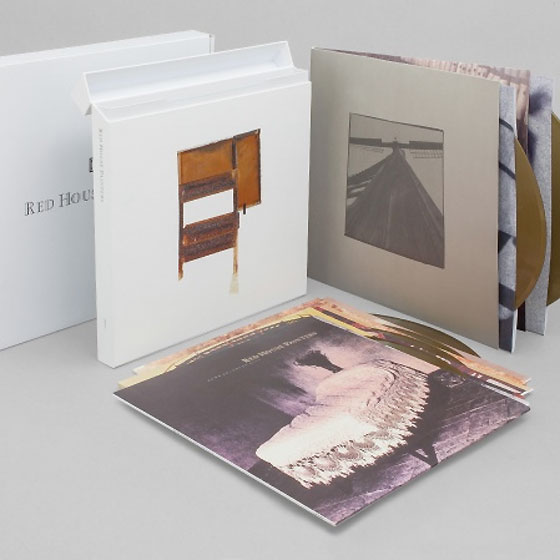 With Mark Kozelek enjoying an explosion in prominence in the last couple of years, there are doubtless many fans who will be excited to revisit his old slowcore band Red House Painters. There's a catch, however — many of the group's albums are very difficult to find on vinyl, often fetching triple-digits through online sellers. Luckily, this box set remedies that by bringing together four classic LPs: 1992's Down Colorful Hill, 1993's Red House Painters (Rollercoaster) and Red House Painters (Bridge), and 1995's Ocean Beach. If you don't manage to pick this up on Record Store Day (or if the four-LP box is outside of your budget), you'll be pleased to know that these records will reportedly be getting individual reissues at a later date. But for the meantime, this box is top prize for fans looking for the best that Record Store Day 2015 has to offer.

5. The Hold Steady
Heaven Is Whenever
(Vagrant Records) 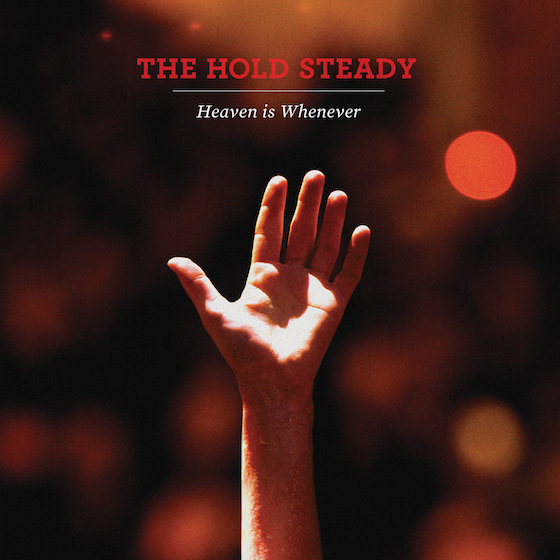 Back in 2010, the Hold Steady's then-new album Heaven Is Whenever was released in a vinyl edition for Record Store Day. And while those have presumably long since sold out, we can't help but question whether it's really necessary to give it another pressing, once again on Record Store Day. Are we really at the point where we're getting reissues of past Record Store Day releases? By all means give the LP a new vinyl pressing if there's enough demand, but trying to include this as part of Record Store Day gives the celebration a sense of bloat. 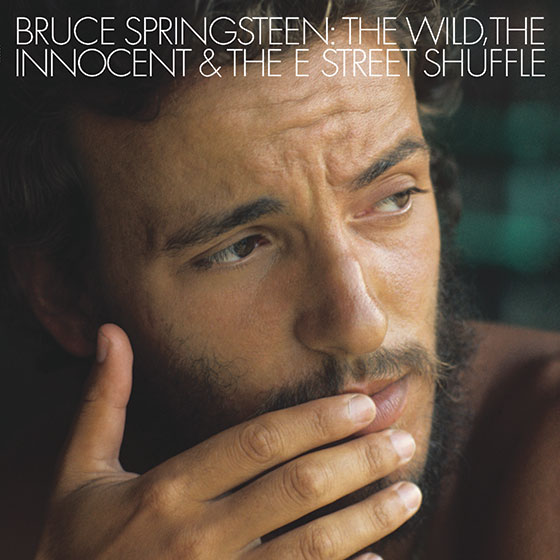 Go to any garage sale, record fair or music shop, and you're likely to find bargain bins stuffed with Bruce Springsteen albums. It's not that the Boss's '70s and '80s LPs aren't great, but they're so easy to find at ultra-cheap prices that we can't imagine who would possibly be interested in buying a brand new one. Sure, they have been remastered this time around and pressed on 180-gram wax, but is that really going to make "Dancing in the Dark" sound significantly better than it already does? We'll stick to the $1 copy we found at a yard sale, thanks.

3. All Those Pointless Singles 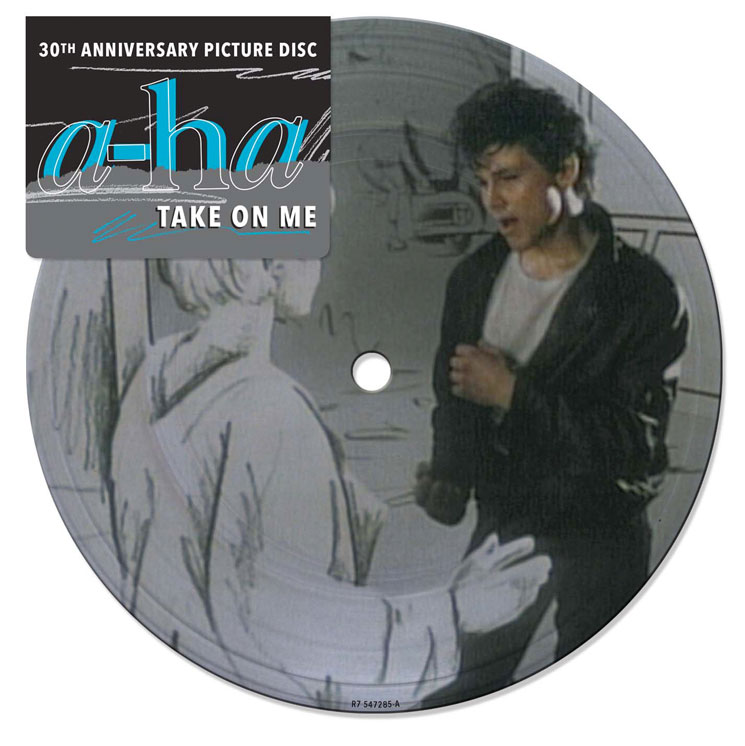 We tried to pick just one of the many egregiously unnecessary singles coming out this Record Store Day, but it was impossible — there are just too many. In most cases, these are excellent songs that we've all heard countless times before that are getting gimmicky repressings. Is a picture disc of A-ha's "Take on Me" going to improve our listening experience? The same goes for the orange pressing of Air's "Playground Love," the picture disc version of David Bowie's "Changes," Wu-Tang Clan's split-colour 12-inch for "Protect Ya Neck," and Simon & Garfunkel's "Homeward Bound." We also don't need those live versions of Jimi Hendrix's "Purple Haze" and the Kinks' "You Really Got Me." When plants take months to press new releases from young indie bands, you can blame these superfluous singles. 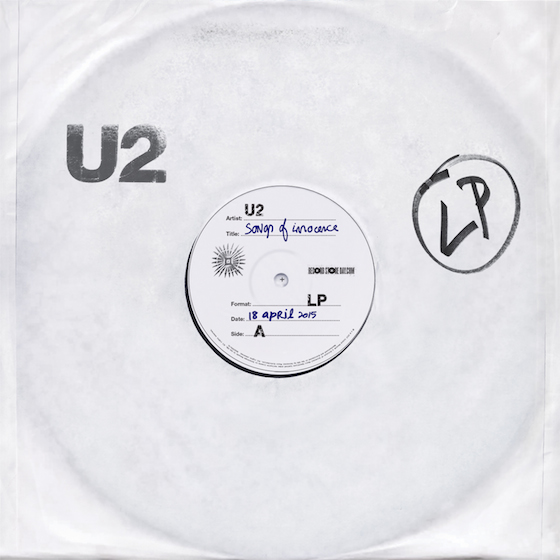 Hasn't the roll-out of this album already been annoying enough? Following that invasive iTunes release last year, U2 quickly issued their record Songs of Innocence on vinyl. And now, here we are, barely six months later and we already have a new version? This is a deluxe edition that includes a second LP of bonus cuts (which have already been released in other formats) and the original iTunes artwork (rather than the belly-hugging photo of the prior vinyl pressing). But those minor perks don't stop this pressing from being redundant. Everyone who wants this album on wax already has it, and it wasn't even very good in the first place. 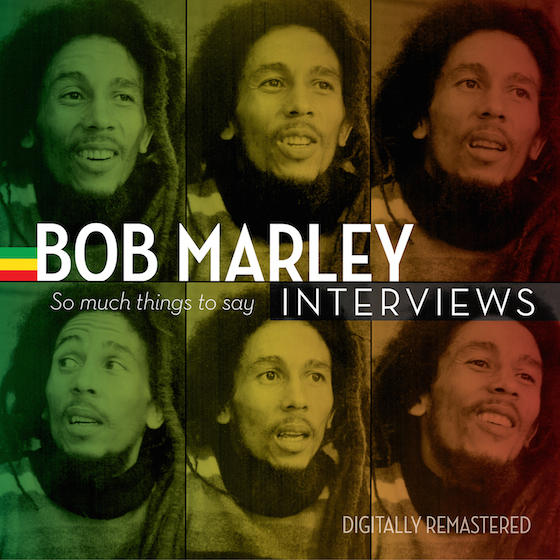 Here we go folks: the epitome of the completely unnecessary, unimaginative vinyl record. So Much Things to Say is a Bob Marley interview from 1973 that was released digitally earlier this year, and now Tuff Gong International has decided that for some reason there might be some people who feel the need to hear it on vinyl. We're well aware that many listeners prefer the sound of vinyl, but surely even the most intense audiophiles don't apply the same standards to interviews. Back in the day, interviews with famous artists were sometimes released as vinyl bootlegs, but these days we have YouTube for that shit. In fact, why not just listen to this interview here and save yourself the money.