The co-headlining trek will hit Toronto this spring

By Brock Thiessen
Published Dec 11, 2019
Making for quite the double bill, Bad Religion and Alkaline Trio have announced they are joining forces for a co-headlining North American tour. And yes, it is coming to Canada.

Partly coming as a celebration of Bad Religion's 40th anniversary, the tour will kick off on March 26 in Los Angeles, making its way to various U.S. cities this coming spring. Along the way, the bands will touch down in Toronto on April 14.

You can see the tour schedule below. Tickets go on sale Friday (December 13) at 10 a.m. local time.

"This tour is extra special," said Bad Religion's Greg Graffin in a statement. "Not only are we celebrating our 40th anniversary, but we get to do it with Alkaline Trio, who are such a great band, really excited about this!"

Alkaline Trio/Blink-182 player Matt Skiba, meanwhile, offered: "Bad Religion was one of my first loves. I remember exactly where I was the first time I heard 'Suffer' around age 12. They are one of the very reasons I started playing punk rock music and continue to today. This tour is going to be epic on many levels. We've done Warped Tour and Festival shows many times over the years but this will be the first time it's just us and I couldn't be more thrilled!"

Bad Religion's most recent album is 2019's Age of Unreason, while Alkaline Trio most recently released Is This Thing Cursed? in 2018. 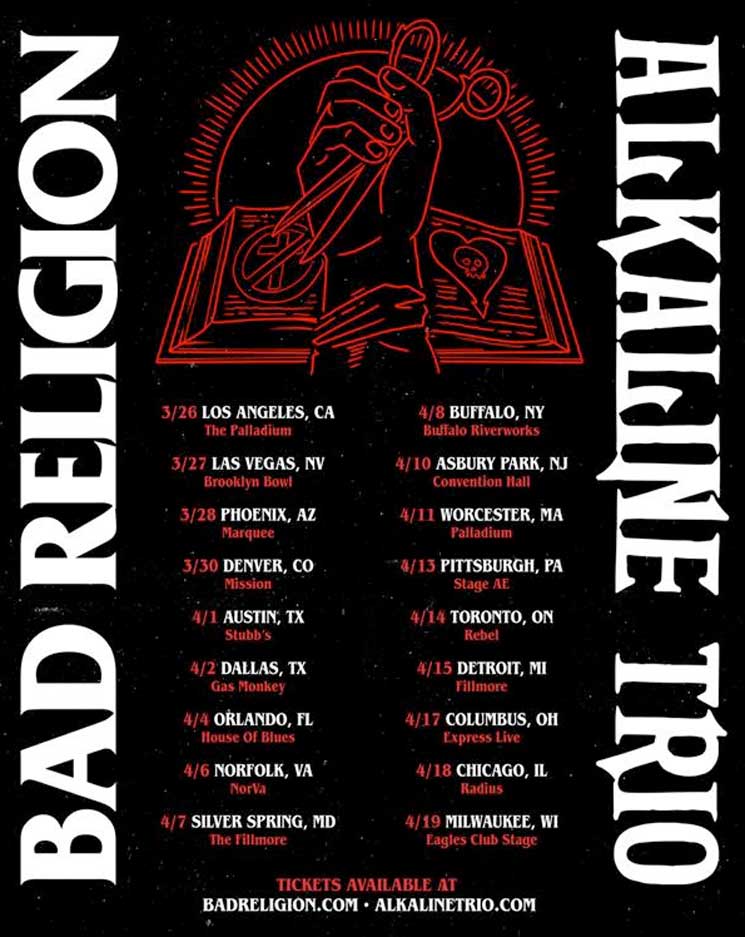