​An Essential Guide to Willie Nelson

By Stuart Henderson
Published Sep 15, 2016
One of the true masters of American music, Willie Nelson's gifts as a songwriter, vocalist, guitarist and performer are almost unparalleled in any genre. From his early days slinging a bass in Ray Price's band and writing country songs on the side, to his first foray in Nashville as a solo artist in the 1960s, his classic "outlaw" period in the 1970s, his flirtation with pop superstardom in the 1980s and now his three-decades-strong elder maverick period, Nelson has remained a constant force in an industry that has rarely been sure what to do with him.

By the early 1970s, the pot-smoking environmental activist with long hair and a scraggly beard had provided a bridge between the conservative Nashville establishment and the youthful counterculture; for urban, liberal fans of American music, Willie Nelson served as a perfect symbol. The "outlaw" tag adopted by Nelson and fellow travellers like Waylon Jennings, Jerry Jeff Walker, Jessi Colter and David Allen Coe was always a bit of a gag, a riff on their exclusion from buttoned-down Nashville for their liberal leanings and hippie affectations, but for music fans who'd come of age in the anti-authoritarian 1960s, the "outlaw" thing suggested a country music designed just for them. Nelson and his pals became huge crossover stars and proto-alt-country icons.

It didn't hurt that Nelson dropped a string of bulletproof records between 1971 and 1982 (including some duet albums and covers projects), and has made only very few less-than-fine albums in the decades since. An adventurous performer in the vein of Neil Young or Joni Mitchell, Nelson has tried his hand at reggae, folk, blues and pop, manipulating the genres to fit his signature behind-the-beat delivery and gypsy-jazz fretwork.

As his voice and guitar (the iconic, unmistakable Trigger) have aged, they have taken on new depth and resonance. Though he often recycles his own material — his albums frequently feature songs dating back to his early days as a songwriter, songs he's already covered once and even twice before — these reinterpretations dependably yield rich rewards.

It's painfully difficult to pick only five Willie Nelson records that everyone must own. But, in this pinch — and with his For The Good Times: A Tribute To Ray Price studio album due tomorrow, September 16 — here are the ones you simply have to hear, with a tie for third. Below is our Essential Guide to Willie Nelson. 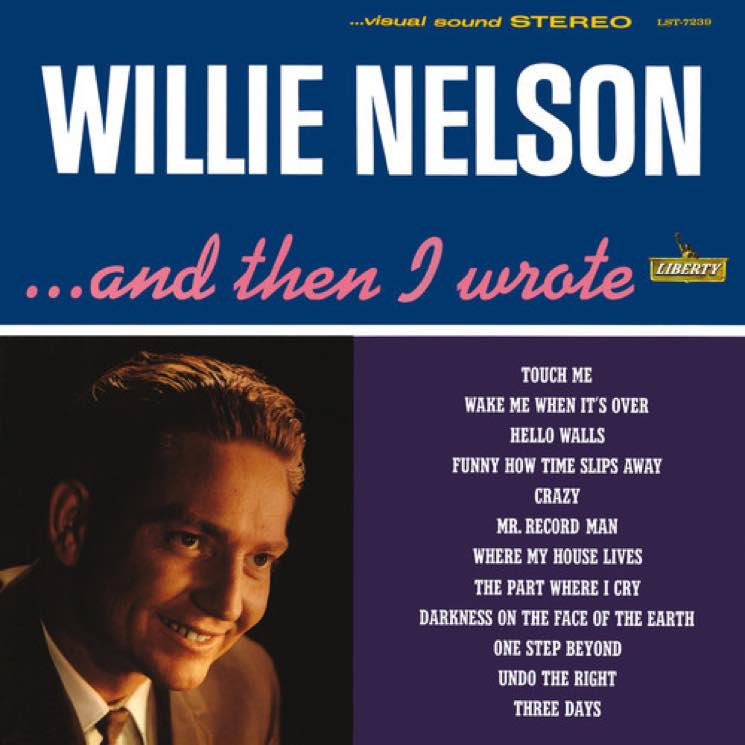 Lost amid all the fuss over the "outlaw" turn in the early 1970s is that Nelson wasn't exactly making lousy albums before 1973's Shotgun Willie — in fact, a few of them are absolutely wondrous examples of the Nashville sound. His debut album, for instance, may be well overshadowed today by the work that was to come, but a close listen reveals a mini masterpiece. From "Hello Walls" to "Crazy" to "Funny How Time Slips Away," …And Then I Wrote features some of Nelson's early hits for other artists in his own developing signature style.

Washed in reverb and filled with some of his most significant compositions, this striking debut may have been designed to emphasize Nelson's status as premier songwriter (hence the title), but it's his odd, immediately identifiable vocal performances that define the work. Already adept at playing with the timing of his songs, Nelson rolls back and forth lazily behind and then suddenly ahead of the beat all through the album, toying with the melodies, making every phrase his own. This is the sound of one of the best singers in popular music finding his voice. 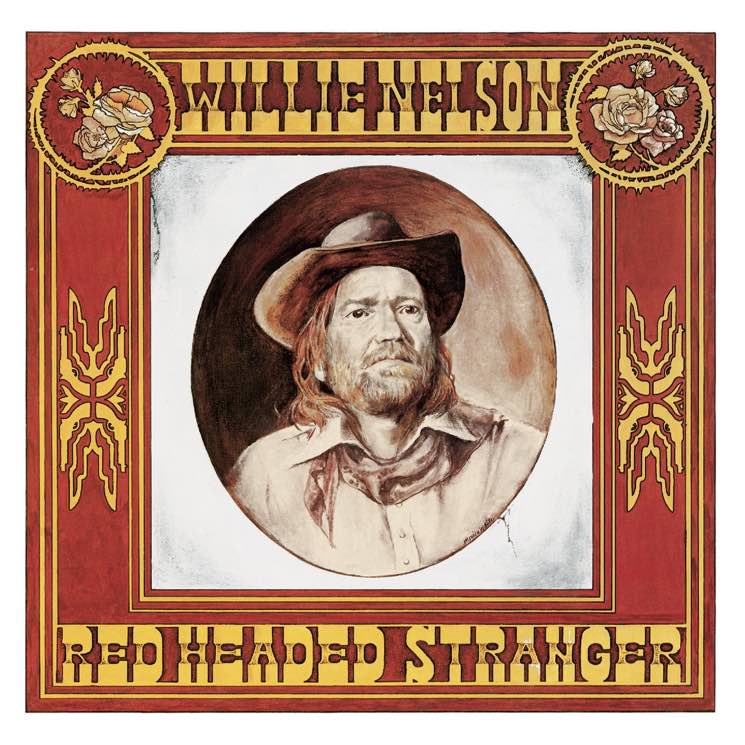 After an acrimonious split from Atlantic — the label folded their country division not long after 1974's Phases and Stages came out, prompting Jerry Wexler to quit a few months later — Nelson signed to Columbia Records and managed to negotiate a "complete creative control" clause. Then Nelson went and spent five days recording a lightly arranged concept record about a cowboy who kills his wife and her lover and takes it on the lam. Columbia executives famously mistook the final product for a mere demo, but Willie had the last word.

The record proved to be a blockbuster, shattering expectations and launching Willie Nelson into the pop culture stratosphere — even if your folks don't like country music, they probably have this record in their collection. Despite being patched together from covers of classic songs, a few instrumentals and a handful of scene-setting originals, somehow the story retains a certain coherence and even suspense. Indeed, to this day most people (including many serious fans) think Willie Nelson wrote Fred Rose's "Blue Eyes Crying in the Rain," so completely does he inhabit the song on this watershed release. 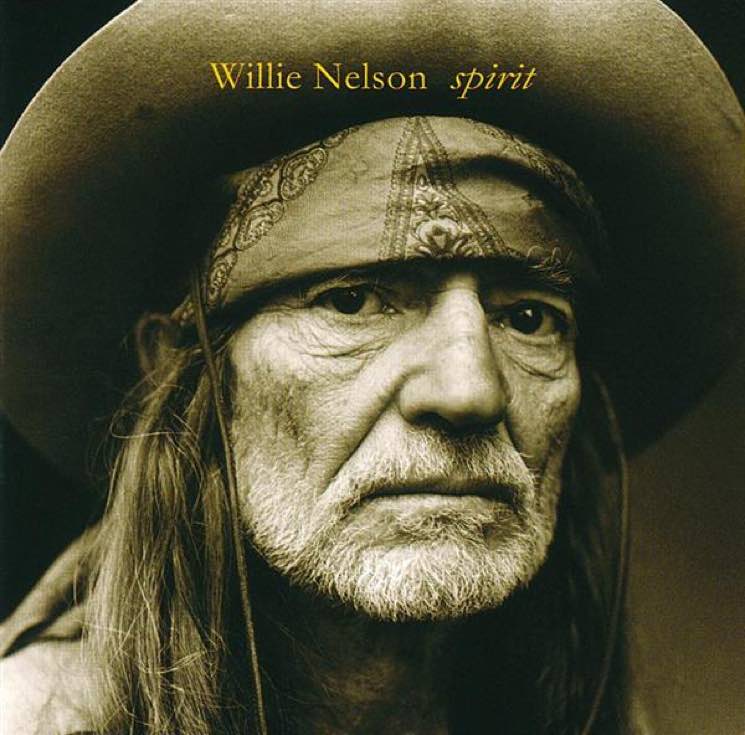 After a stretch of middling records, and amid a noisily public struggle with the IRS over unpaid back taxes, by the mid 1990s Willie Nelson needed a shot in the arm. So, he did what he does best: he innovated and dared to surprise. The result was a pair of complementary albums that tower above anything he had made since the late 1970s. The first, a self-produced and wildly underrated record, meditates on love, loss and aging in a spare acoustic setting; the result is the most intimate and perhaps most affecting record of his career. Two guitars, a piano, a fiddle and that weathered, unmistakable voice; a quiet triumph.

While Nelson was making Spirit, his pal Emmylou Harris was busy redefining her legacy and supercharging her career by working with Canadian producer Daniel Lanois on Wrecking Ball, among the most celebrated alt-country records ever made. For his followup to Spirit or, really, for its sequel, Nelson turned to Harris and Lanois to help craft Teatro, a startling change in direction and one of the greatest outliers in his discography. Revisiting a selection of Nelson's early compositions through Lanois' dark and trippy filter could have been a glossy mess.

Instead, the results of this collaboration are profound. Lanois builds layers of inventive rhythm underneath these old compositions (using multiple drummers and percussion instruments), while Nelson and Harris manage to sound like they've never sung with anyone else. A triumph of atmosphere and creative arrangement, Teatro boasts a degree of intimacy and ache matched only by its predecessor. Play them back-to-back for the full, glorious effect. 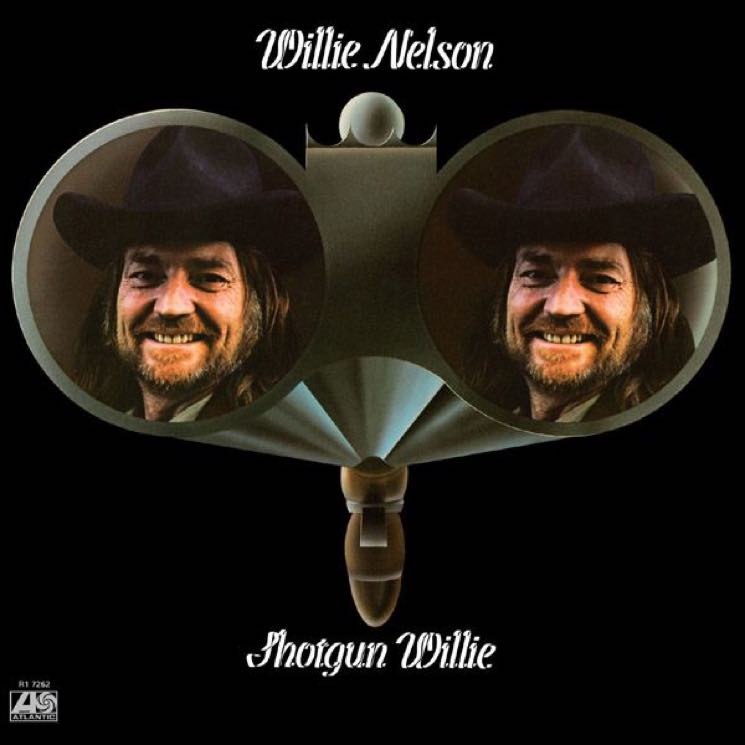 Folks looking to trace the beginning of the whole "outlaw country" thing often point to this eclectic release as its opening salvo. Nelson's first record on Atlantic after a falling out with RCA, a move to Austin and an abortive "retirement" from music, Shotgun Willie is imbued with a loose, freewheeling spirit and an infectious lightness of tone.

From the rolling grooves of the title track and "Devil in a Sleepin' Bag" (both of which owe as much to R&B as they do to country 'n' western) to the barroom shamble of Bob Wills' "Stay All Night" to the western swing meets stoner jam session of "Bubbles in My Beer" to "Sad Songs and Waltzes" (a desolate weeper in the George Jones vein), Shotgun Willie is a tangle of traditional, progressive and sideways takes on the idea of American music. It's just about perfect, and still sounds as fresh 40-plus years on as it must have back in the Watergate era. 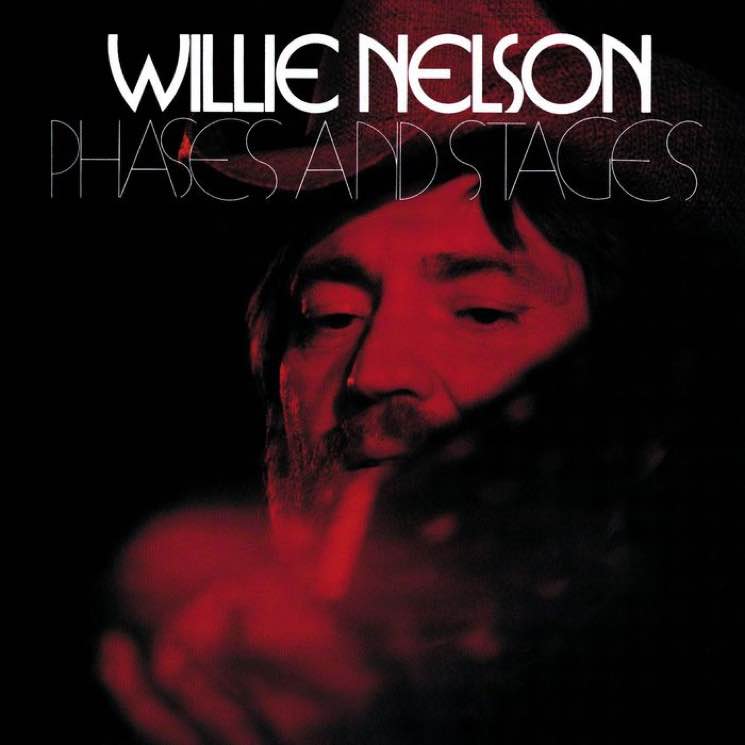 Willie Nelson's masterpiece narrates the dissolution of a marriage with uncanny emotional insight. A daring experiment in more ways than one, 1974's Phases and Stages offered both a fresh artistic statement and a symbolic break from the Nashville establishment.

A concept album — Side A presents the story of a divorce from the woman's viewpoint, while Side B offers the man's perspective — Phases and Stages was first recorded in Nashville, but the entire record was scrapped and re-recorded in Muscle Shoals, Alabama at the insistence of producer Jerry Wexler. Referring to the Nashville suits who were nonplussed at the idea of a country record coming out of studios famous for Black soul music, Wexler recalled: "They said Muscle Shoals was too R&B for Willie. I said Willie was too R&B for Nashville."

Featuring "Bloody Mary Morning," "Pick Up the Tempo," "Heaven and Hell" and the meditative title track, Phases and Stages isn't just Willie Nelson's best album, but among the very best albums ever made. 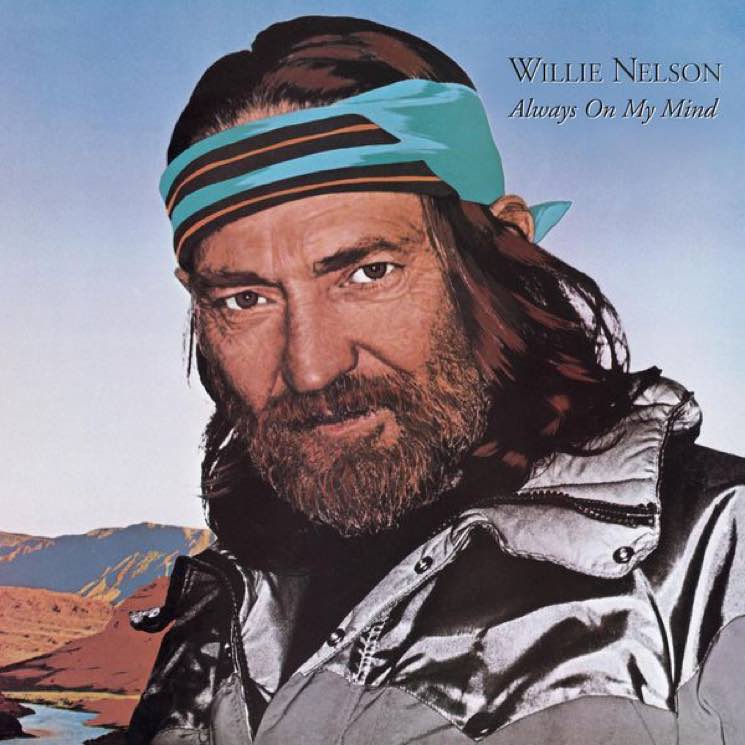 I'm not in the business of telling people to stay away from Willie Nelson albums — even the bad ones are pretty good. Except 1982's Always on My Mind. That one just stinks. 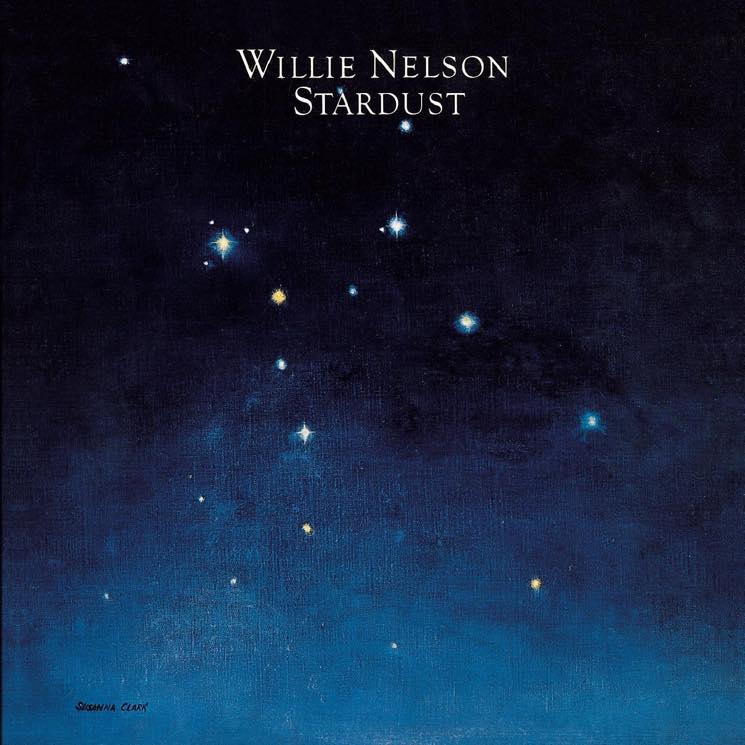 Much has been made of Phases and Stages being one of the first concept records in Country music history, but a few years earlier in 1971, Nelson had dropped Yesterday's Wine, an ambitious (but perhaps not entirely successful) song cycle about an "Imperfect Man" and his relationship to God, his family and the world. Featuring "Me and Paul" and "Family Bible," two of his best-loved songs, this is a stellar second-tier release.

So is Stardust, a 1978 curveball that paired Nelson with organist and producer Booker T. Jones (of STAX fame) and saw the erstwhile "outlaw" singing classic pop songs from the Great American Songbook. A gorgeous, elegantly arranged and impeccably performed album, Stardust features some of Nelson's greatest-ever vocal work.

It would be a mistake to compile a list of great Willie Nelson music without mentioning the terrific duet and collaborative albums that he's made over the decades, some of which stand alongside his best solo work. Wanted! The Outlaws (1976) and Waylon & Willie (1978), perhaps the signature outlaw country albums, matched Nelson with friends and fellow travellers like Waylon Jennings, Tompall Glaser and Jessi Colter, verily birthing a subgenre. Loose, stoned and rowdy, few records have ever sounded as downright fun as these two.

In the early 1980s, Willie joined forces with his old bandmate Ray Price to make San Antonio Rose (1980), which stands as a veritable master class in vocal performance, and later he joined with his friend Merle Haggard to produce one of the biggest hits of either of their careers, the mostly excellent Pancho & Lefty (1983). A recent favourite is Nelson's joyful 2009 collaboration with western swing outfit Asleep at the Wheel, Willie and the Wheel.

Finally, it probably goes without saying that no one's record collection is complete without Highwayman (1985), the endlessly entertaining debut from the country supergroup of roughly the same name featuring Nelson, Jennings, Johnny Cash and Kris Kristofferson.