Exclaim!'s 14 Favourite Amy Schumer Clips You Can Find on YouTube

Few comedians have had as successful a career as Amy Schumer.

Since rocketing to national attention during the 2007 season of Last Comic Standing, the former Gotham Comedy Club regular has gone on to roast Charlie Sheen, tour the world, host Saturday Night Live, star in a major motion picture and have her own TV show.

Now, she's set to star alongside one of her comedy idols in Snatched, an uproarious-looking action comedy starring silver screen legend Goldie Hawn about a mother and daughter who find themselves in a heap load of trouble after being abducted while on a tropical vacation. The film also stars Joan Cusack, Ike Barinholtz, Wanda Sykes, Colin Quinn and Christopher Meloni.

Before Snatched comes to theatres on May 12, we decided to dig deep and share our 14 favourite Amy Schumer moments from the past few years.

Peruse the list below, and let us know what you think by commenting on Facebook, Twitter and Instagram. (And, in case it isn't obvious, most of these are NSFW, so don't come complaining to us if you accidentally leave your speakers on at work.)

Most people who've reached the end of Schumer's recent Leather Special have probably seen this bit, but it's fun to see how it has evolved while doing the talk show/stadium/club circuit over the past two years.

Choice line: "It looks like a leopard and a panther mated and made the most bang-able human."

Choice line: "I guess they're remaking Boyhood with Selena Gomez in my part."

Amy Schumer Gets Heckled In Stockholm

Schumer doesn't mess around when it comes to hecklers, which is why this clip from 2016, in which a sexist pig gets booted from a show in Sweden only two minutes in, continues to delight us.

Choice line: "If you yell again, you're going to be yelling 'show your tits' to people in the parking lot."

After winning the Trailblazer Award at Glamour Magazine's 2015 awards ceremony in the UK, Schumer stepped to the podium and delivered a hilarious speech about puberty, supermodels and how weak men's magazine photo-shoots are.

For Schumer, nothing's scarier than being allergic to alcohol and being surrounded by a bunch of Patriots fans, guests at a baby shower and Soviet-era aesthetician.

Choice line: "It looks like inside of barbershop vacuum."

Amy Schumer at The Roast of Charlie Sheen

The Ryan Dunn joke was pretty offside, but the rest of Schumer's short set on the dais went off without a hitch, and helped establish herself as one of comedies rising stars.

Choice line: "Charlie, you get a bad rap, but you're just like Bruce Willis, you know? You were big in the '80s, and now your old slot's being filled with Ashton Kutcher."

Jennifer Lawrence and Amy Schumer at the Golden Globes 2016

Not since Tina Fey and Amy Poehler have a pair of actors been better suited at delivering a comedy award as awkwardly as these two.

Schumer takes shots at the ridiculousness of highly sexualized, one-true-love reality TV with this classic sketch from her show's 2013 season.

Choice line: "I'm like more than flirting with a yeast right now. My pee is like someone's blowing glass down there."

Jake Gyllenhaal plays an earnest, ferret-wielding version of himself in this Inside Amy Schumer sketch that finds the comedian poking fun at one of MTV's most popular shows (and the pseudo-celebrities they're known to spawn).

Choice line: "I hope it's an overweight lesbian who can't make eye contact."

Iggy Azalea and Jennifer Lopez probably had no idea what hit them when this surprisingly catchy satirical music video featuring Amber Rose and Method Man dropped.

Choice line: "You say you don't like asses because I fart and break your glasses."

Taking to British late night staple The Graham Norton Show, Schumer — sitting alongside Samuel L. Jackson and Stephen Merchant — recounts the time she tripped in front of Kanye West and Kim Kardashian on a red carpet.

Choice line: "If this club were in Pittsburgh, I would have been spotted a mile away. But in the land of perfect tens, threes just don't count."

Sadly, not all women's magazines are as good as Glamour.

Choice line: "They're like, 'You're over 30. Your vagina looks like a pile of trash! Buy this lip gloss.'"

Schumer shows that being able to "hang with the dudes" can take a dark turn, especially when strippers are involved."

Choice line: "I am sooo cool with it." 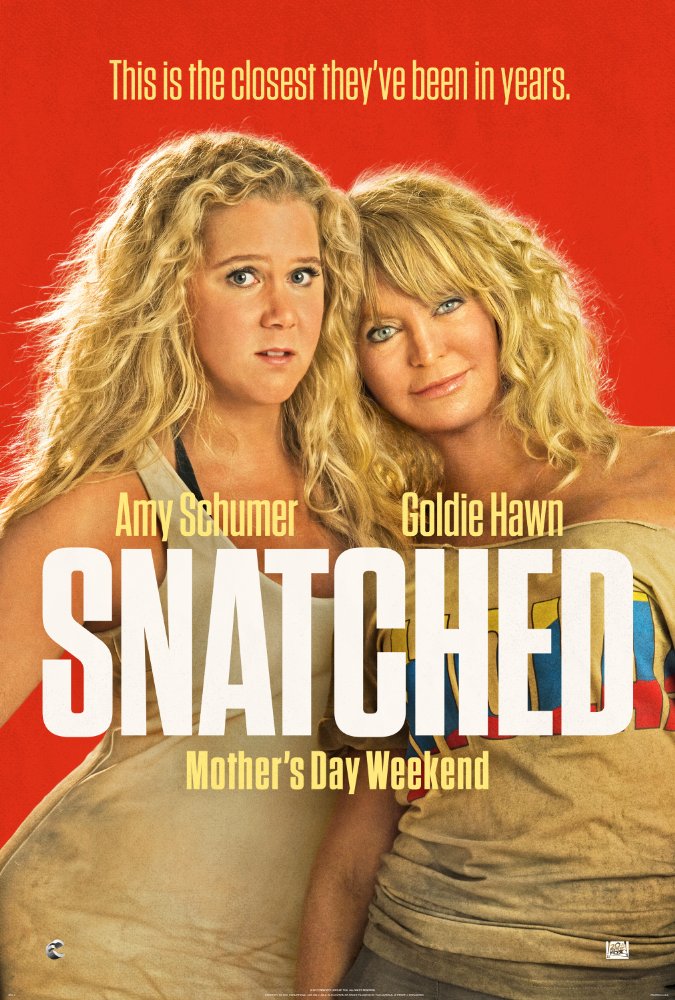