Two Handwritten Beatles Setlists Are Up for Auction

Only eight are said to still be in existence

By Megan LaPierre
Published Aug 05, 2021
If you happen to have a couple hundred thousand dollars burning a hole in your pocket, you can bid to get your hands on one of two '60s-era Beatles setlists — handwritten by Sir Paul McCartney — via Bonhams auction house on October 28.

They're expected to go for somewhere between $150,000 and $250,000 USD, which makes sense considering only eight of the band's setlists are said to remain in existence.

"There's very few tangible, physical items directly used by the band that become available to the public," Howard Kramer, a senior specialist for music at Bonhams, told Rolling Stone of the auction in a statement.

He added: "The Beatles are still the most collectible music group and these two documents reveal their inner workings."

One of the lists is from a 1960 gig at Liscard, England's Grosvenor Ballroom, shortly before the group dropped "Silver" from their name to become the Beatles. The other dates back to a concert in 1963 — the year drummer Ringo Starr joined the lineup — at Luton, England's Majestic Ballroom.

While the idea of dropping that kind of cash on a literal piece of paper is cringe-inducing, these rarities are worth a pretty penny for good reason. Now we're left to wonder about the possible whereabouts of the other six Beatles setlists...

Check out photos of the pricey slips below to see the repertoire covered in each show, as well as the evolution of McCartney's handwriting.

This follows the news that Beatles recordings are due to be preserved for 1,000 years in a bomb-proof vault, located between Norway and the North Pole. A new Rick Rubin-hosted Paul McCartney documentary is also currently streaming on Disney+. 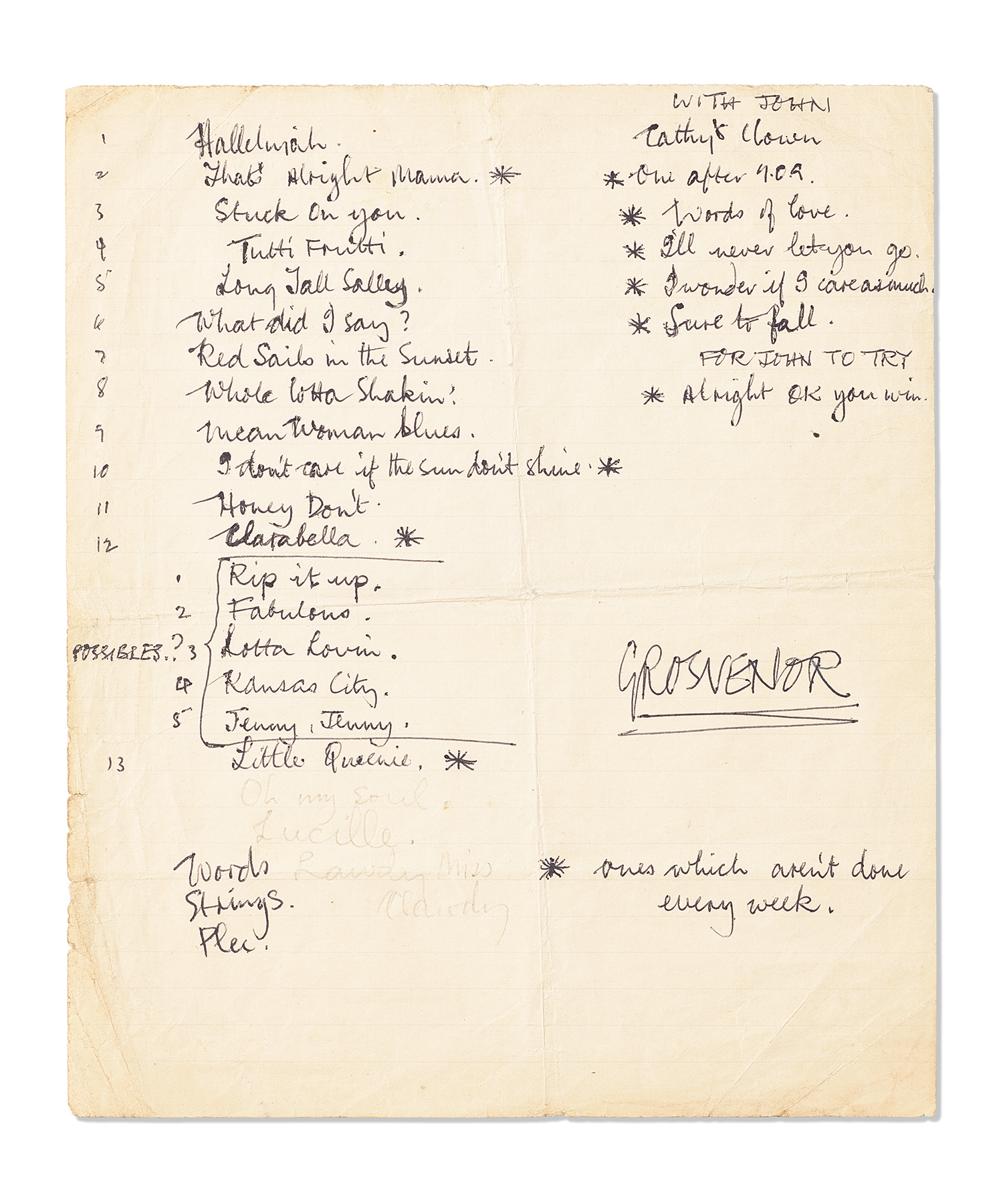 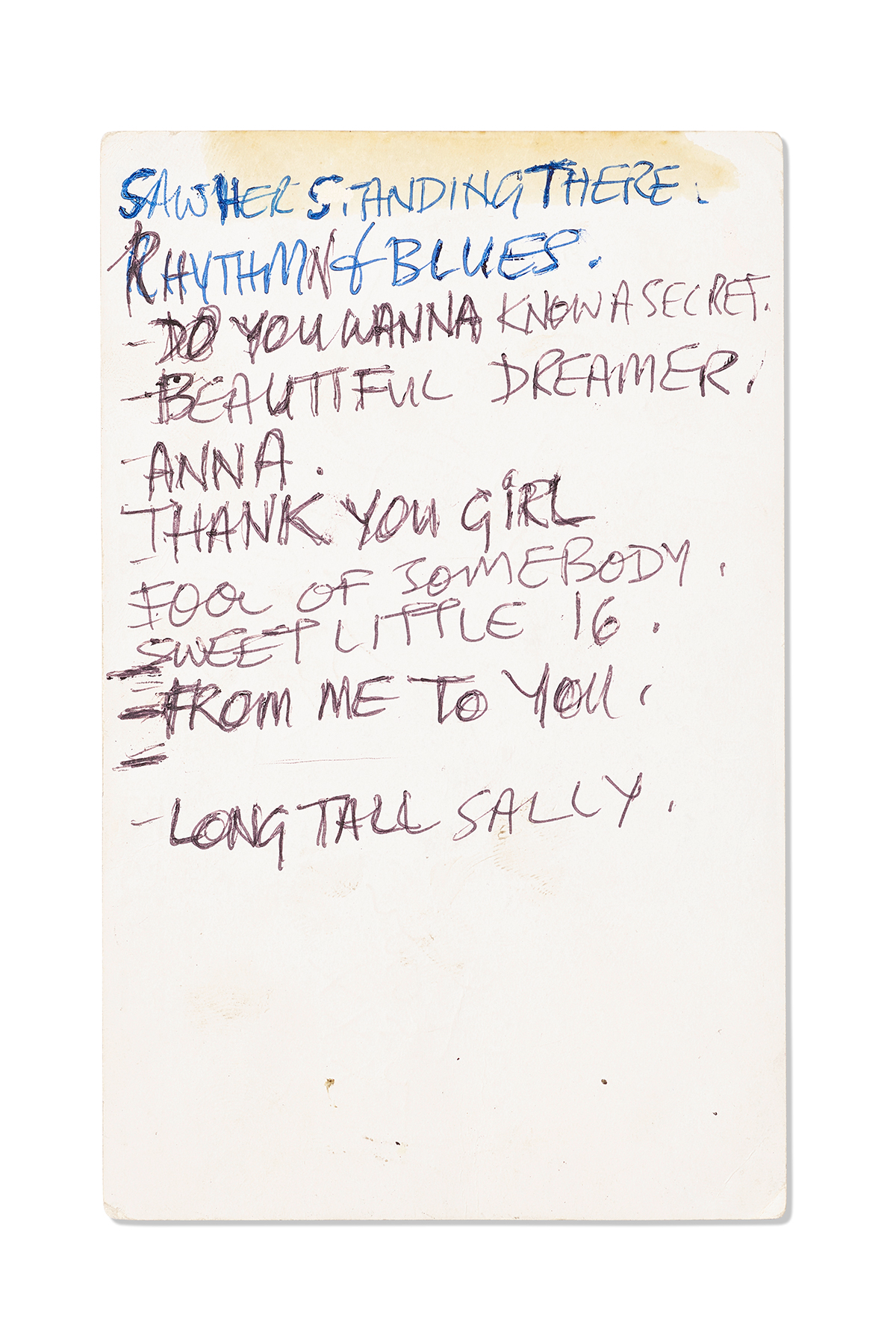