By Daryl Keating
Published Jul 20, 2016
7
As music journalists, we tend to get sent the odd CD in the mail — yes, we still get CDs — so when a box with the new Tristan Perich release arrived, we assumed it was just that. After opening it, however, the CD case contained what appeared to be a circuit board powered by a lithium battery. After using some good old-fashioned common sense (and reading the leaflet) it quickly became apparent that this was in fact Perich's new album.

The matte-black circuit board contains a paltry setup of an on/off switch, a jack for headphones or stereo, a volume dial and a solitary button that allows you to either skip to the next track or fast-forward the one you're on. This last function is actually the most interesting one, as it affords the user some creative input.

Considering the fact that the tracks are mostly comprised of 1-bit flutters of glitch and noise oscillating at various speeds, pressing the fast-forward button allows you to manipulate the entire shape of the tracks. This is especially effective with "Section 5" (the tracks are merely titled "Section" 1-6), which moves from a distant helicopter sound to what could be a computer melting from overload with the push of button.

Granted, this is just one of the album's sonic possibilities: the album is meant to be absorbed in real time, from start to finish, like any other album. When you do that, you're very much surrounded by a swarm of harsh textures and disorientating fuzz throughout. Noise Patterns is coarse and cold, for the most part, but wandering deep into its tundra is actually a hypnotic experience. It's somehow busy in the most minimal way possible, an effect that, strangely, shuts your brain off when the album's at its most hectic. On the whole, Noise Patterns sounds like the beginnings of electronic life scrambling to find its place in the world, like a veritable binary evolution.

Accompanying the circuit board and instructional leaflet are reams and reams of code, showing that the album isn't just composed and designed by Perich, but also programmed by him too. From the unique format to the minimal compositions and pages of raw data, Noise Patterns is nothing short of a techie's holy grail. 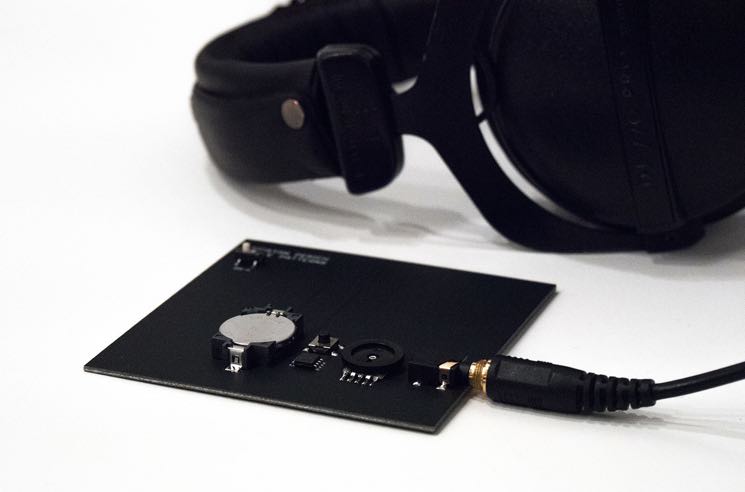